Anatomy of a Logo: Peter Pan

Paging through yesterday's Sunday New York Times, I saw an ad for a theatrical production of Peter Pan, coming to the Theater at Madison Square Garden on December 14. It brought back memories of June 1979 when Neal Adams was asked to do the artwork for the Peter Pan Broadway musical starring Sandy Duncan. At the time, I had a room at Neal's Continuity Associates.
I don't know the name of the client who provided the photocopies to Neal. The first photocopy showed the current poster/ad design. The second photocopy had an overlay with instructions for the new design and illustration. I remember the assignment was a rush job and Neal was very busy at the time. I believe Carl Potts volunteered to do the illustration of a flying Sandy Duncan with laser bursts and beams around her. I was asked to work on the logo. 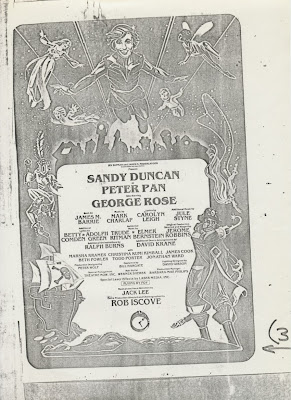 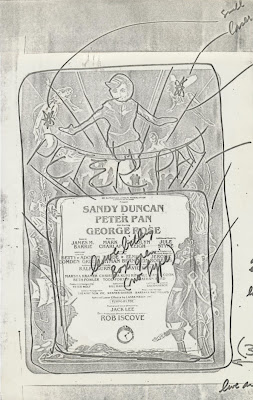 On June 22 I started sketching. 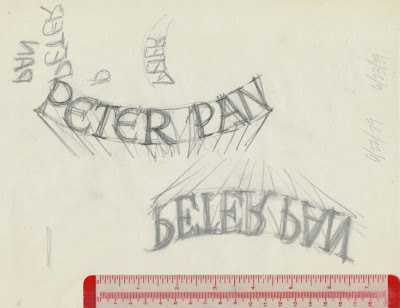 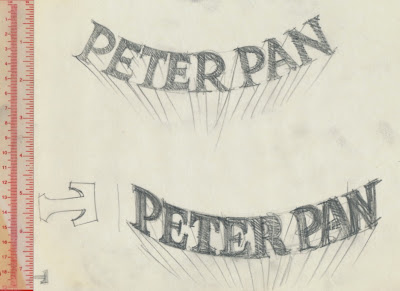 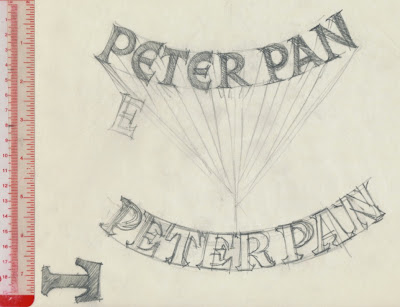 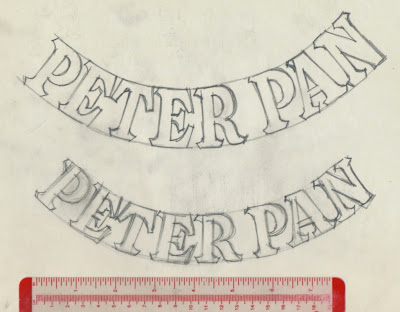 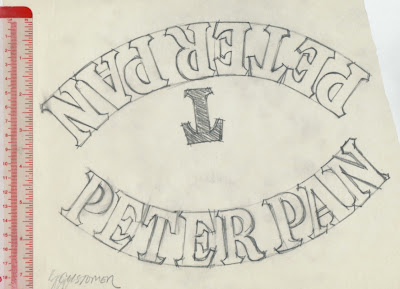 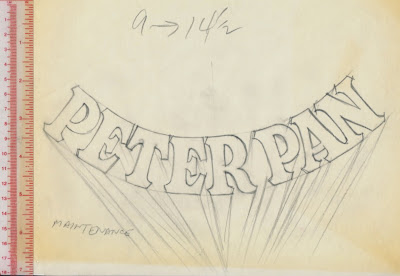 The next day I refined the lettering, enlarged it then inked it on a sheet of acetate. Next, I turned the acetate over and used white gouache to fill in the letters. The logo was used as an overlay on the illustration.

I don't have the original art but it was the same size as this tracing
paper rendering, which was 14.625 inches / 37.15 centimeters wide.

The job was delivered to the client. On the following day at Continuity, the client called and rejected the illustration but chose to use the logo. The client asked for the name of the typeface. Lynn Varley, who answered the phone, asked me for the name. I said the logo was hand-lettered and based loosely on Aachen and Clarendon. She explained it to the client, who asked for the logo artwork. So, I lettered the logo again.
I believe the first ad for the musical appeared in the July 10 New York Times, for previews beginning on August 10. 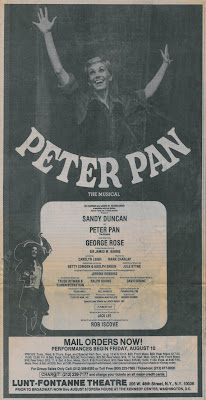 Opening night for Peter Pan was September 6 at the Lunt-Fontaine Theatre. The Broadway run ended January 4, 1981 then toured the country. Below are the Playbill and souvenir program covers. 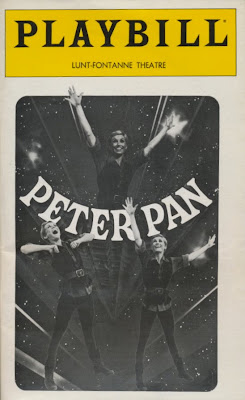 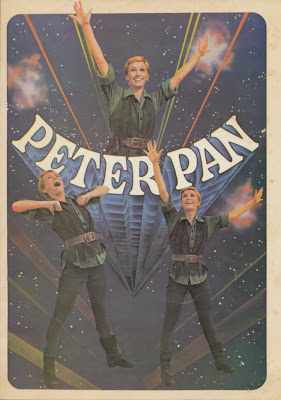