Anatomy of a Logo: Green Lantern

On December 22, 1993, DC Comics designer Curtis King called and asked if I had time to work on a Green Lantern logo. How could I say no? He faxed the cover art which had the new costume design and lantern emblem. He added that flames were part of the logo. The next day I began roughing out some designs. 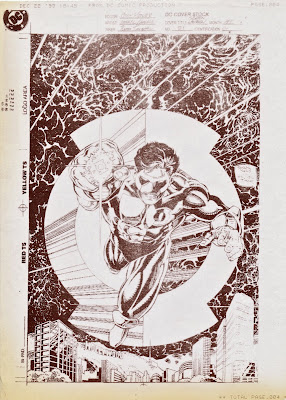 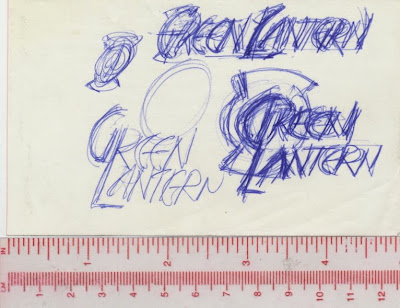 In these thumbnail drawings I tried to integrate the lantern and the letters. 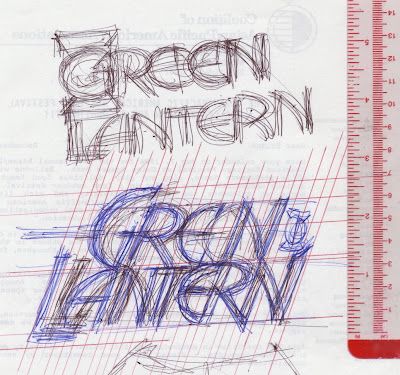 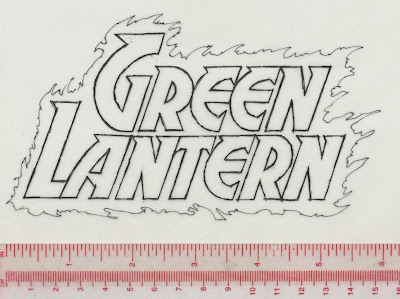 I dropped the lantern altogether in this logo. 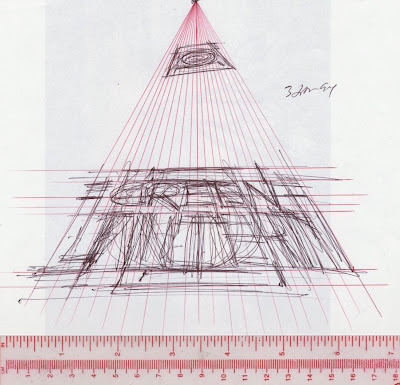 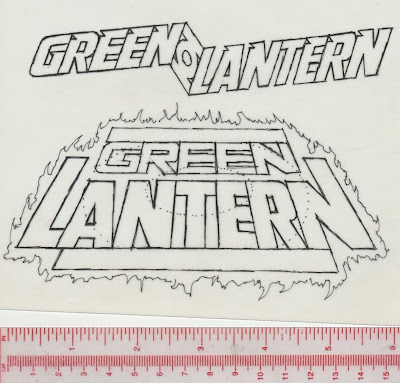 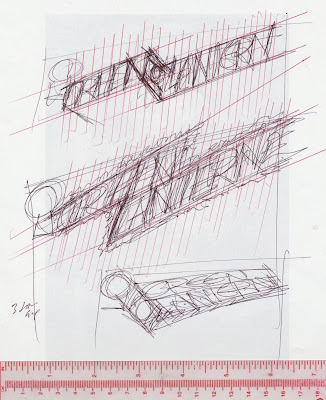 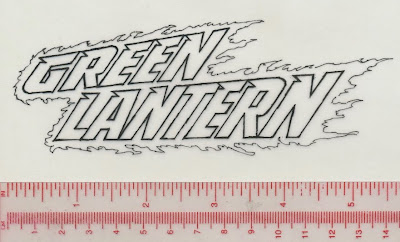 Most of the letter designs from the optical illusion drawing
were used in this perspective version. 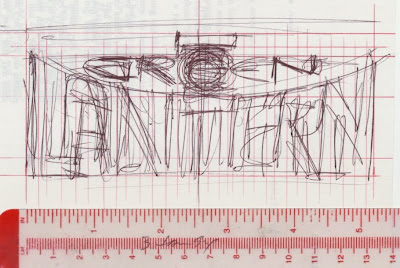 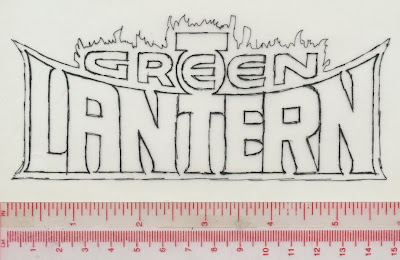 I used the crossbar of the "T" for the bottom of the lantern.

In early January 1994, I faxed the design to Curtis. A few days later he said my designs were rejected. Ken Lopez's design was used on the series. Check out Todd Klein's five-part Green Lantern Logo Study for the logo's history: 1 2 3 4 5.

(Next post on Friday: Phil Seuling)
Posted by Alex Jay at 8:00 AM