Children’s Day, observed every Wednesday at the New York World’s Fair, will be distinguished on July 3 by a novel program built around the popular adventure strip hero, Superman, It was announced by the Fair’s Special Events Department.

The feature attraction of the day will be a parade headed by Superman himself. A contest to select a Super-Boy and Super-Girl is expected to attract thousands of children between the ages of eight and 14. Prominent personalities will decide upon the winners who will receive handsome gold trophies.

Another of the attractions designed especially for Superman Day is to be a series of athletic events, including a 50-yard dash and a 50-yard obstacle race for boys from eight to 11; the same races for boys aged 12 to 14; a 25-yard dash and rope skipping contest for girls of eight to 11 years, and 50-yard dash and a rope skipping contest for girls from 12 to 14. Gold, silver and bronze medals will be awarded to the winners of the boys’ events, while the lucky girls will receive charms fashioned from the same metals.

Written by Jerry Siegel and drawn by Joe Shuster, Superman, published daily in The Evening Leader, is the only comic strip to be honored by its own celebration at the Fair.

Superman debuted in the first issue of Action Comics, cover dated June 1938. The “S” shield on the costume was originally triangular, not the pentagonal design that’s so familiar today. 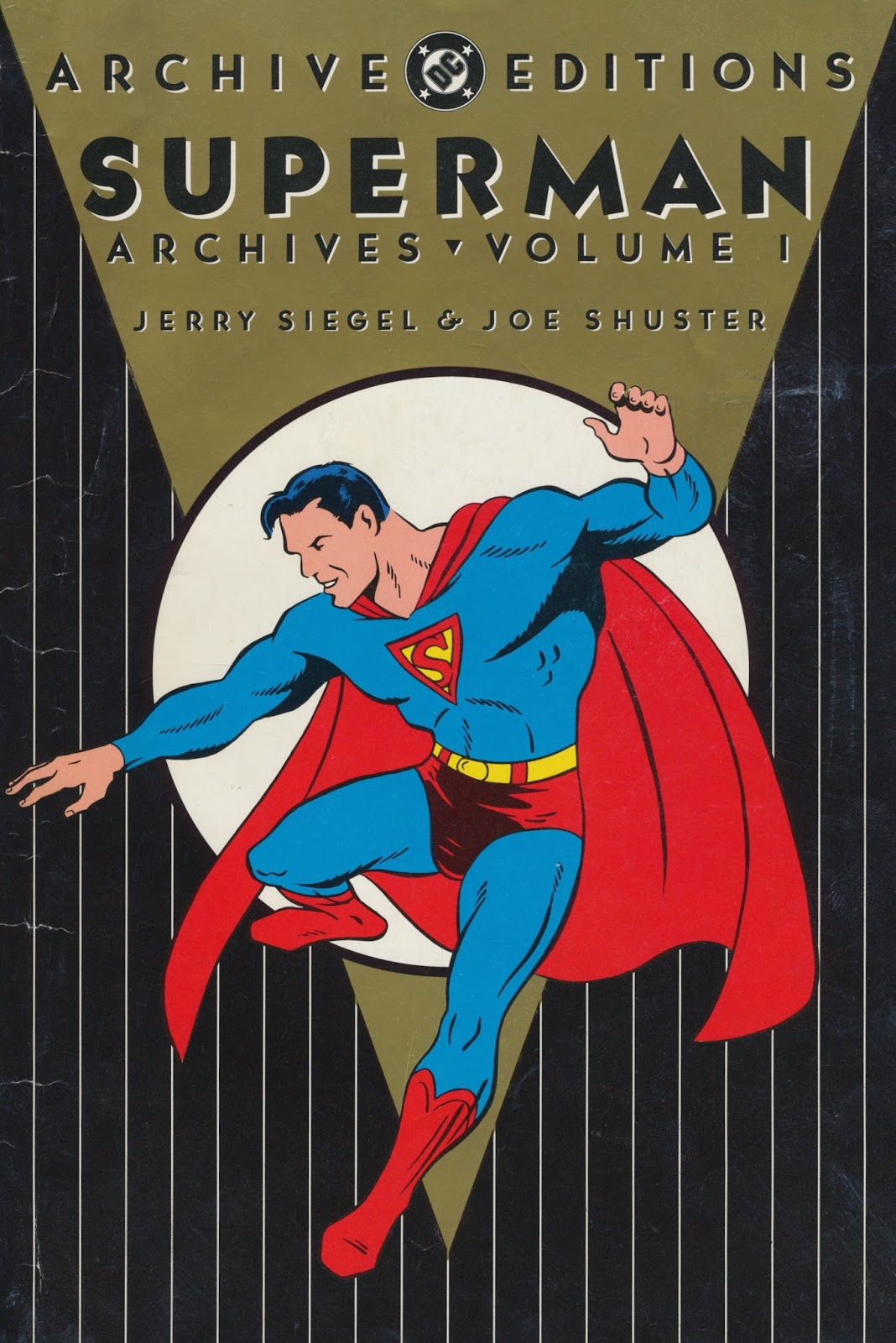 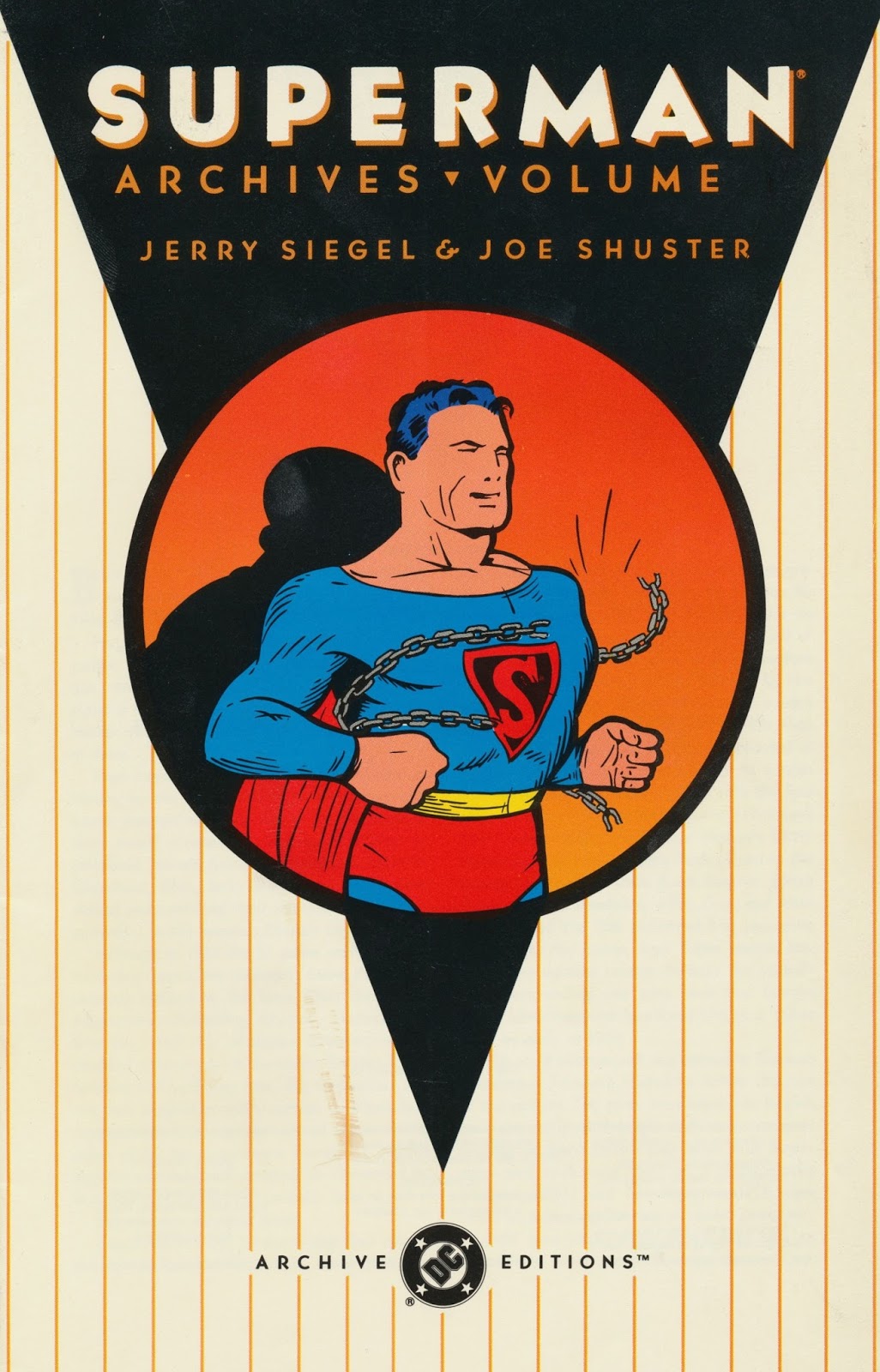 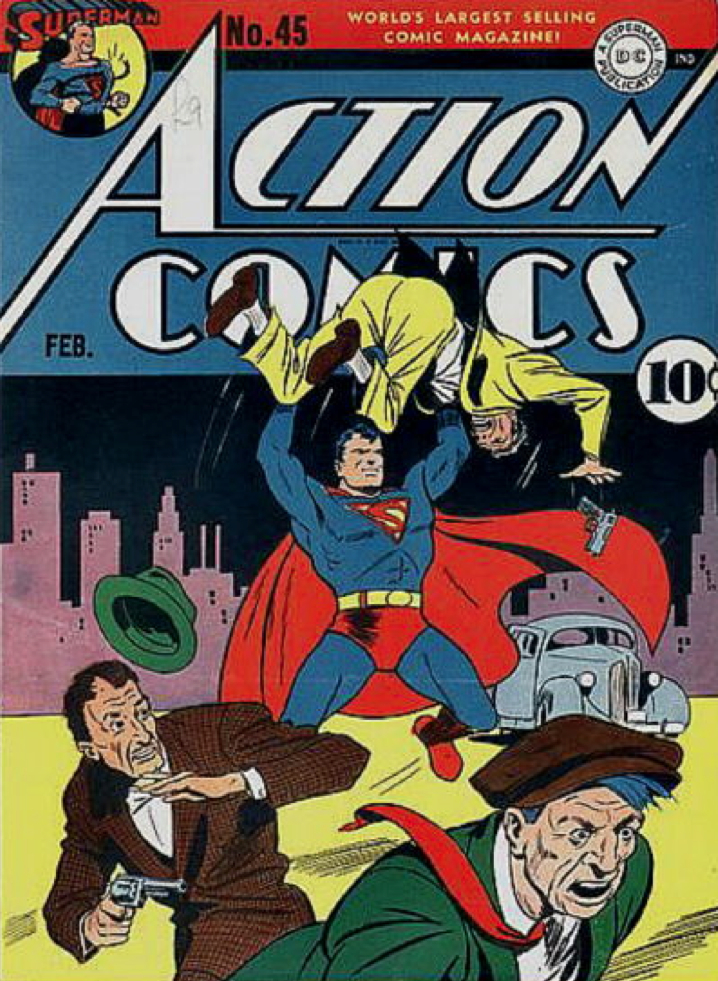 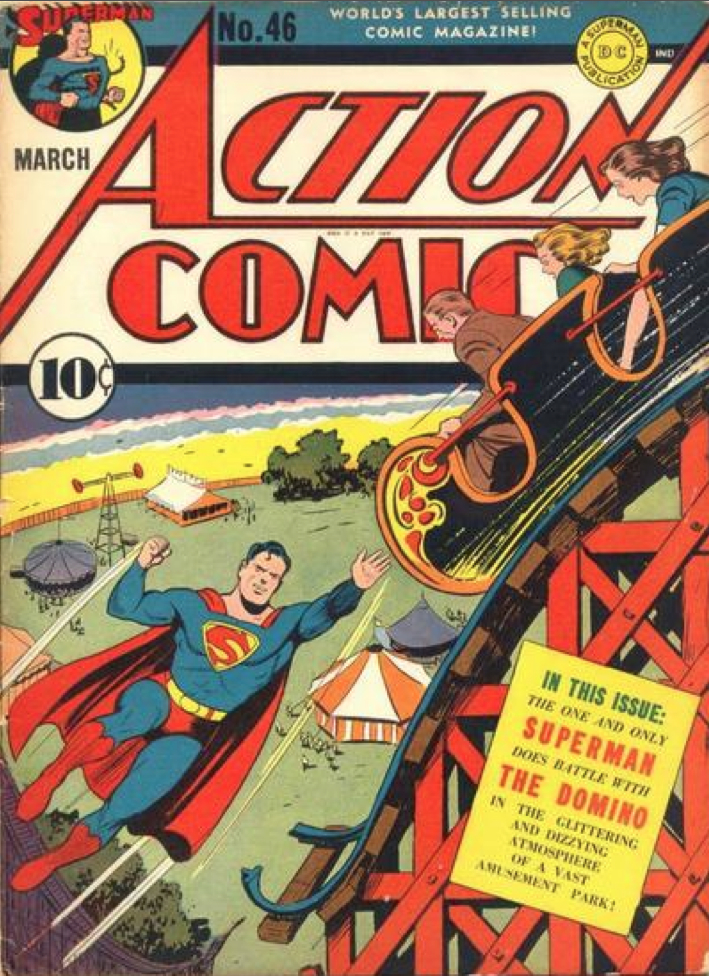 Illustration for the 1978 movie by Bob Peak 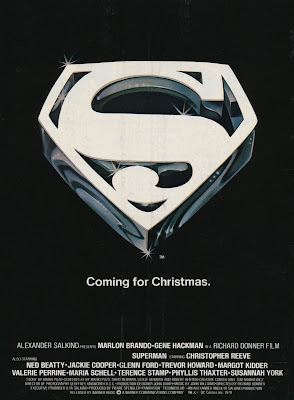 There was a parade on “Superman Day” with Superman leading it. The New York Times, July 4, 1940, said: “The mystery of the day was ‘Superman’ himself. No amount of inquiry could reveal his identity. But he was a resplendent figure, attired in his tight-fitting blue pants, red boots, red cape and helmet to match. He led the parade, standing on something that resembled a marble pedestal.”

Of course, Superman does not wear a helmet. The photos, below, of the mystery man costumed as Superman are from the site, His Name is Studd. 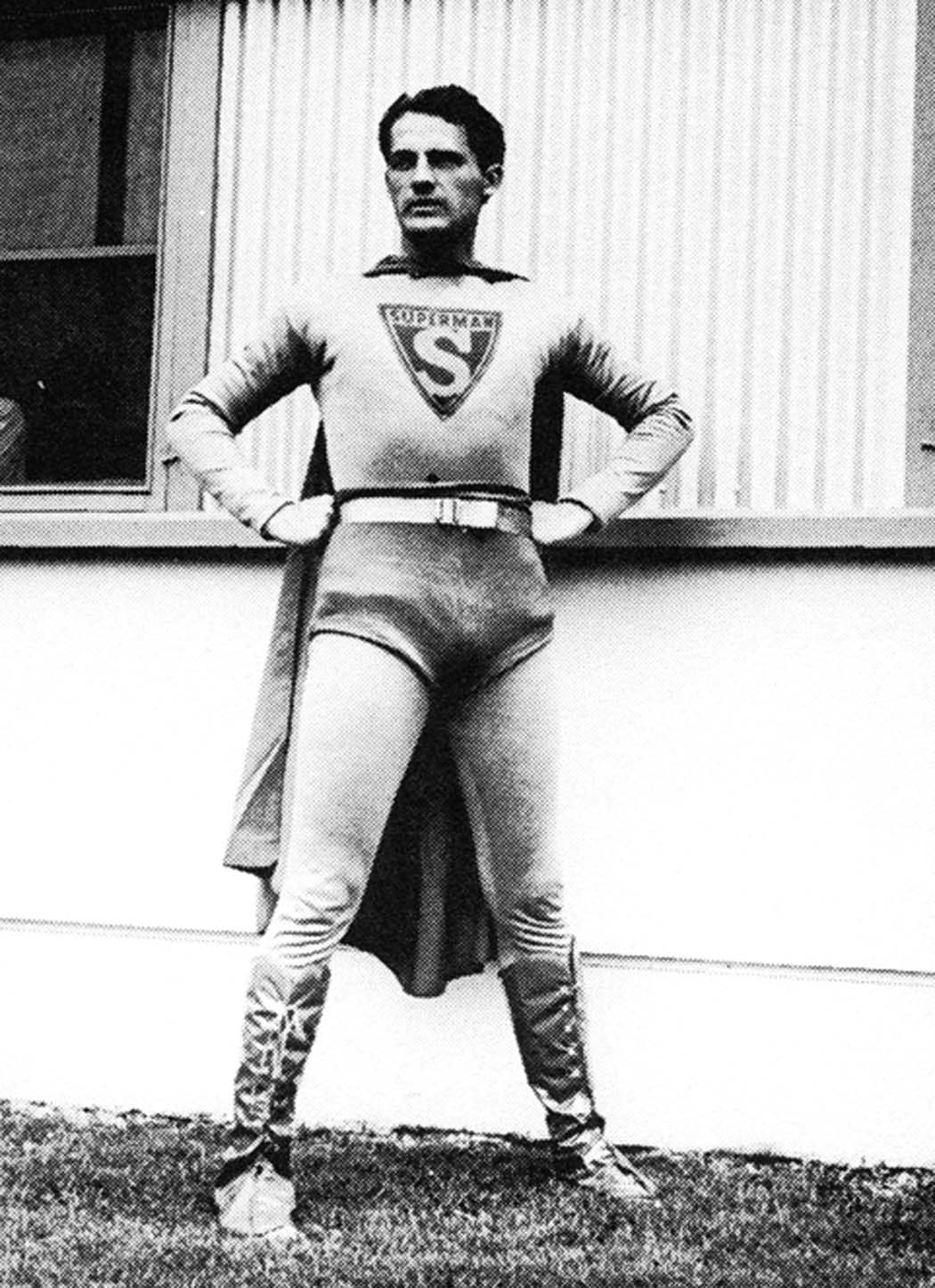 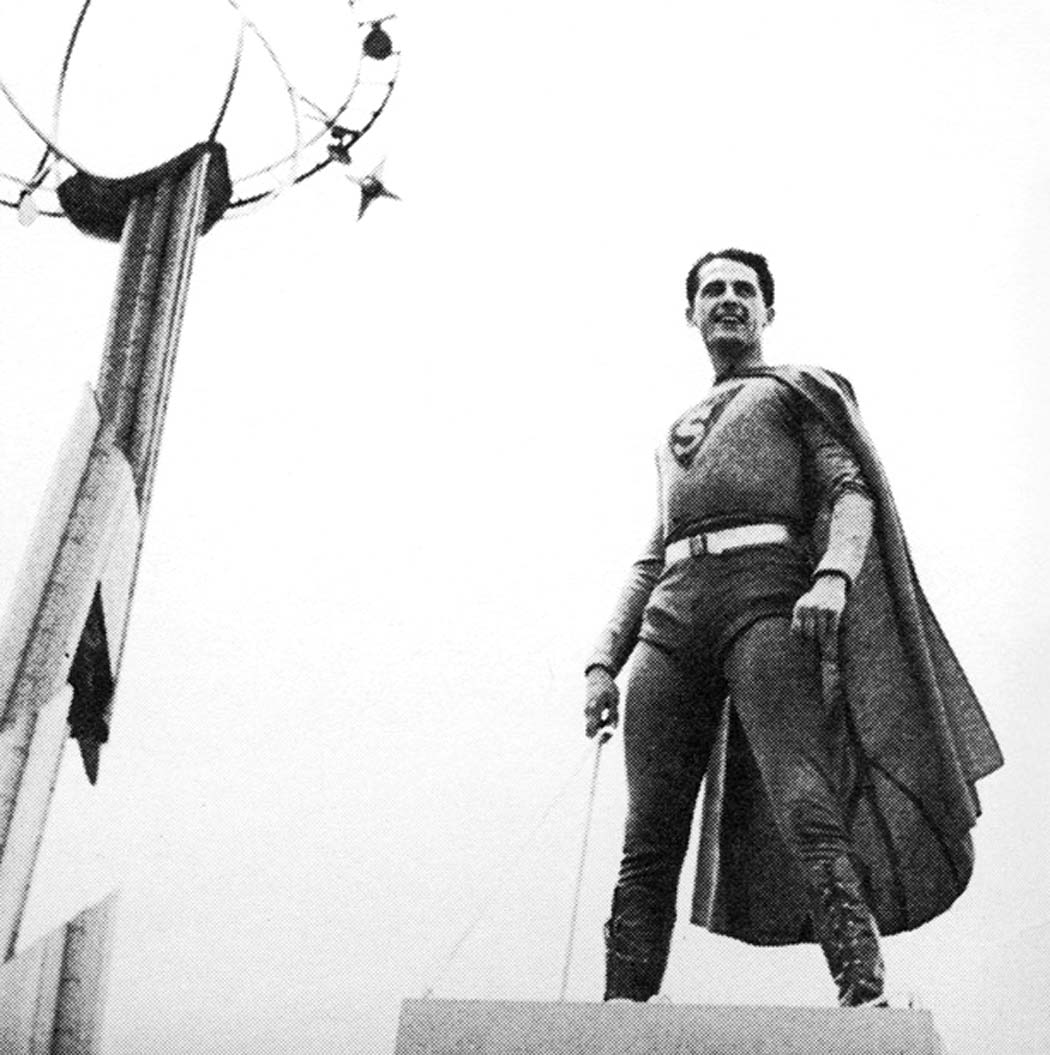 For “Superman Day” it was decided by someone or a committee to add Superman above the “S” in the costume’s shield, perhaps to be sure the character would be identified correctly in photographs.

There has been much speculation about who wore the costume that day. Actor Ray Middleton has been named by many sources. He was a participant at the Fair’s “American Jubilee” as reported and pictured in the New York Sun, May 13, 1940. 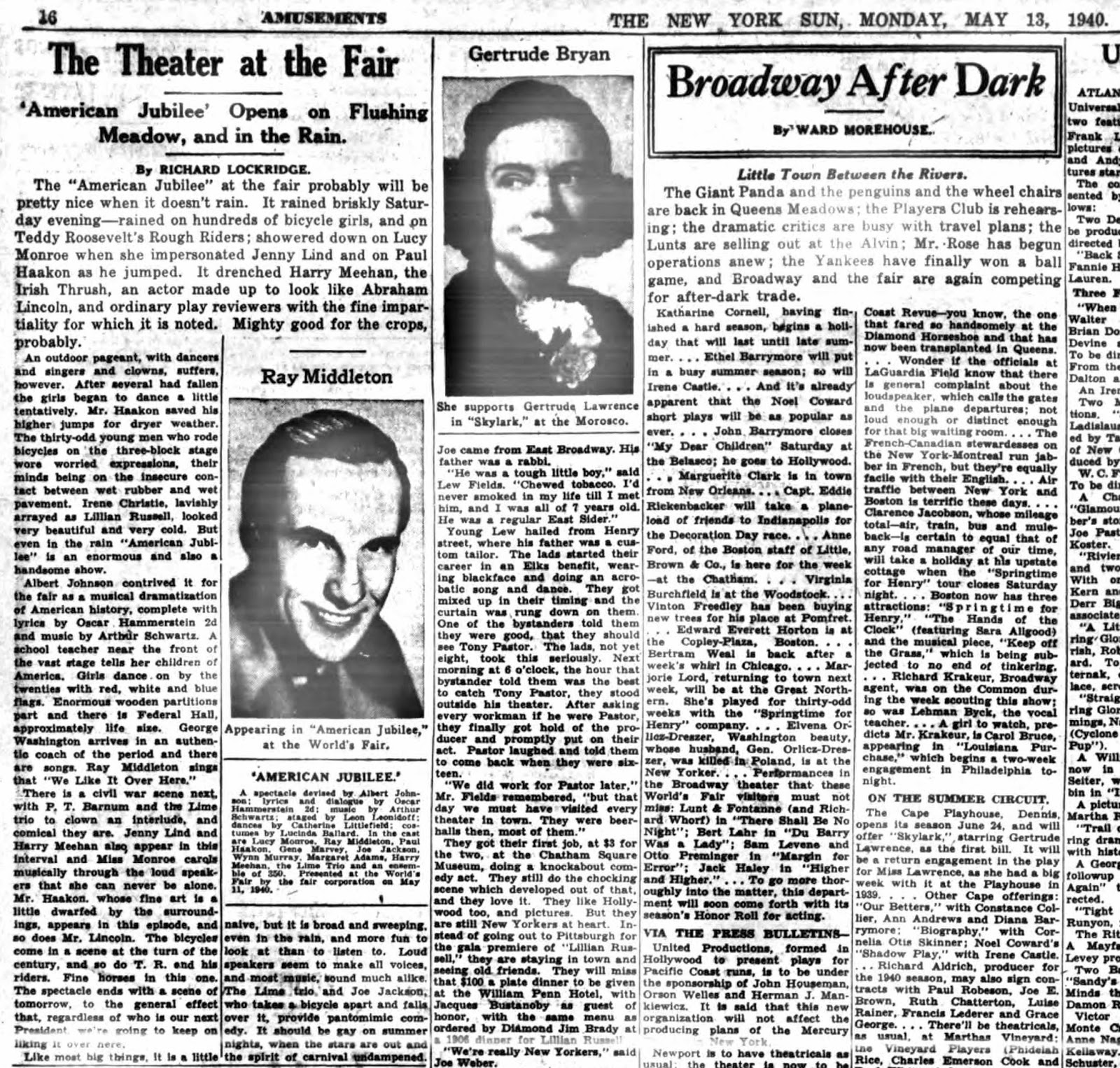 He also participated as a judge in the “Superman Day” contest to select a Superboy and Supergirl. According to the Times, the other judges were Lucy Monroe (click link and woman with hat), Frank Buck, Morris Gest and Charles Atlas. They picked William Aronis and Maureen Reynolds as the super boy and girl. At the website Superman Through the Ages, Aronis supplied photos of himself, holding the trophy, with Atlas and Middleton. 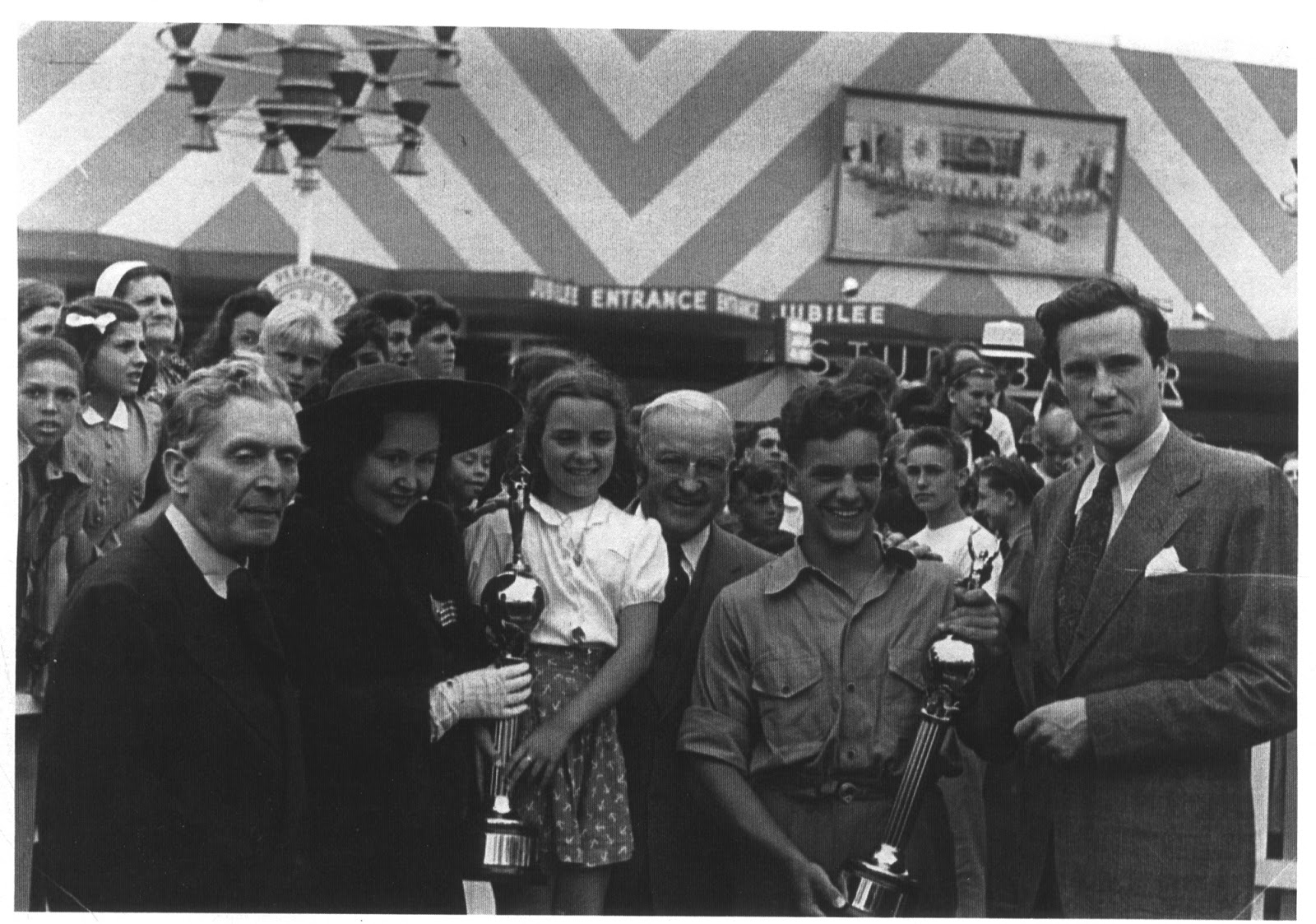 Middleton performed in the 1949 production of South Pacific at the Majestic Theatre in New York City. Two images from the souvenir program are here. Below are the cover of a 1950 Playbill and another photo of the mystery man. 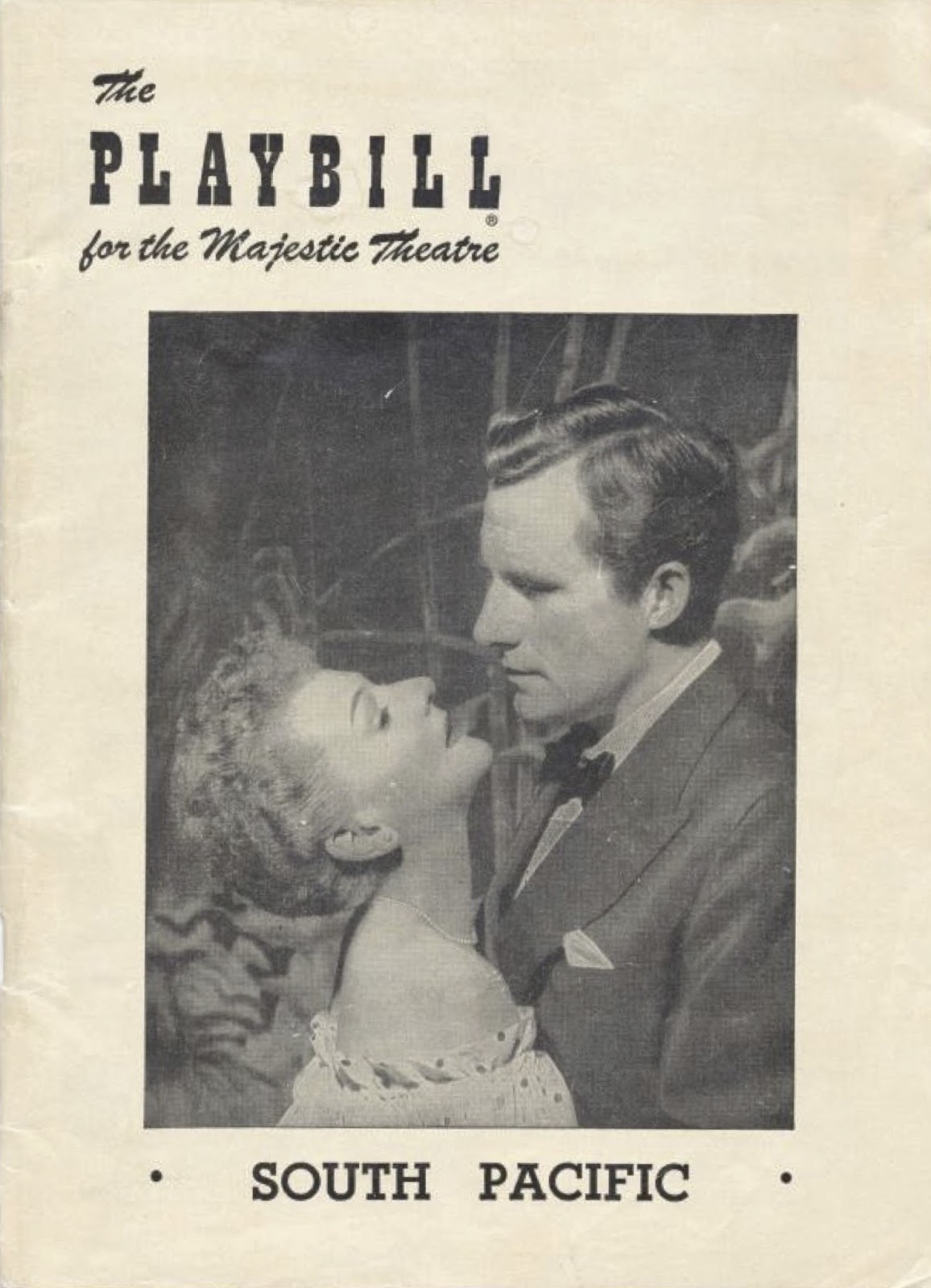 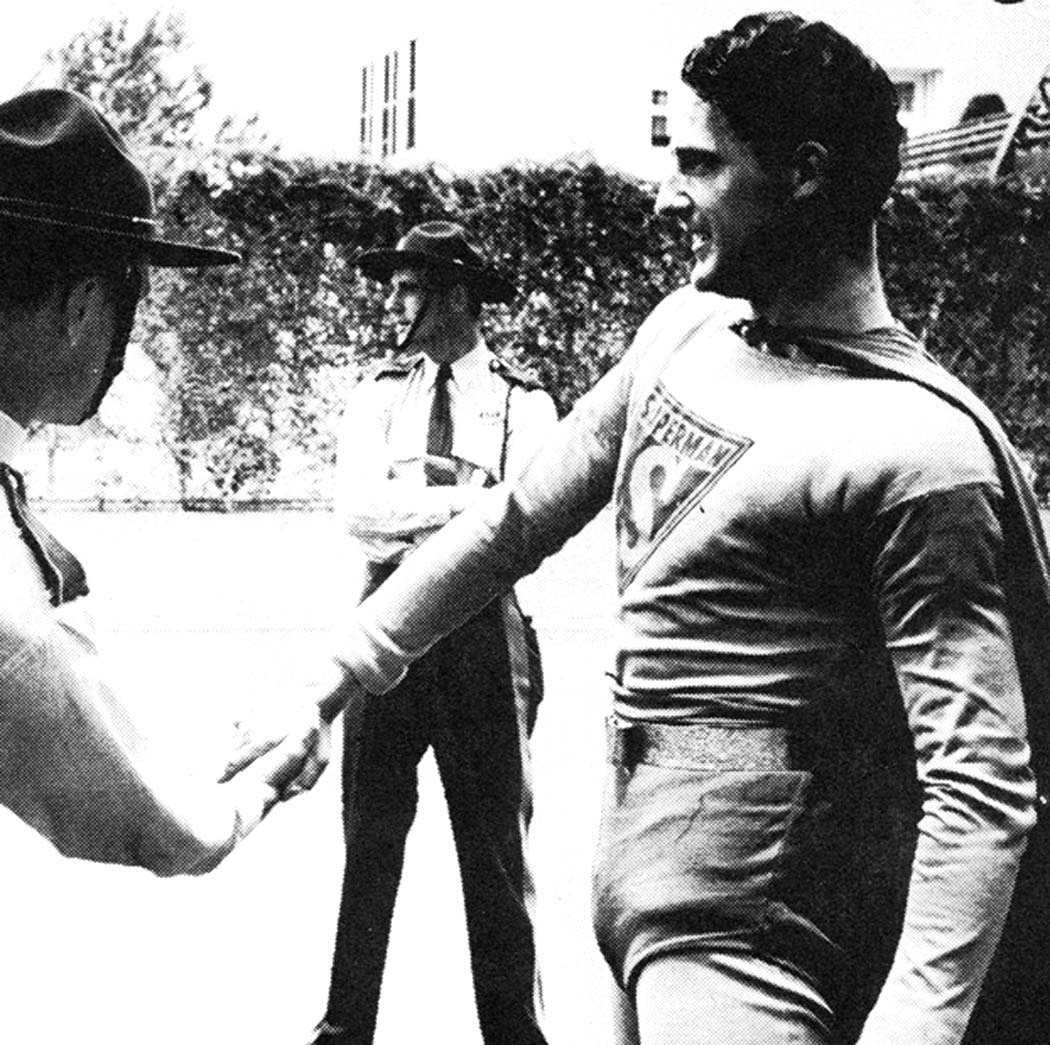 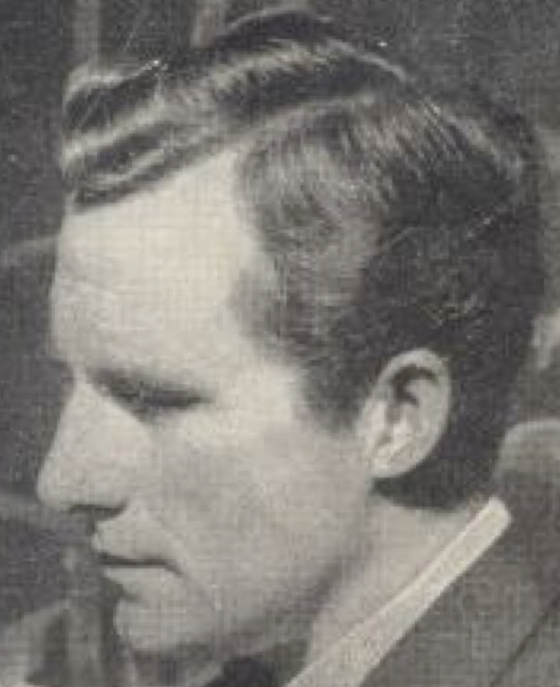 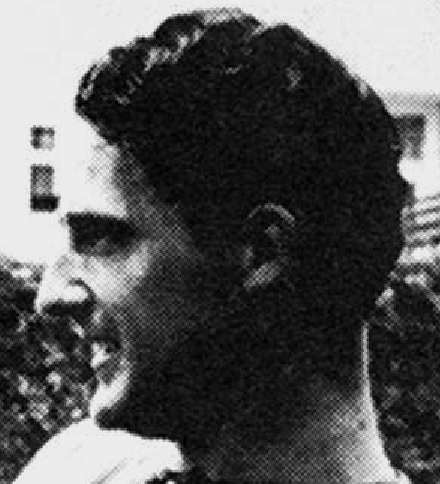 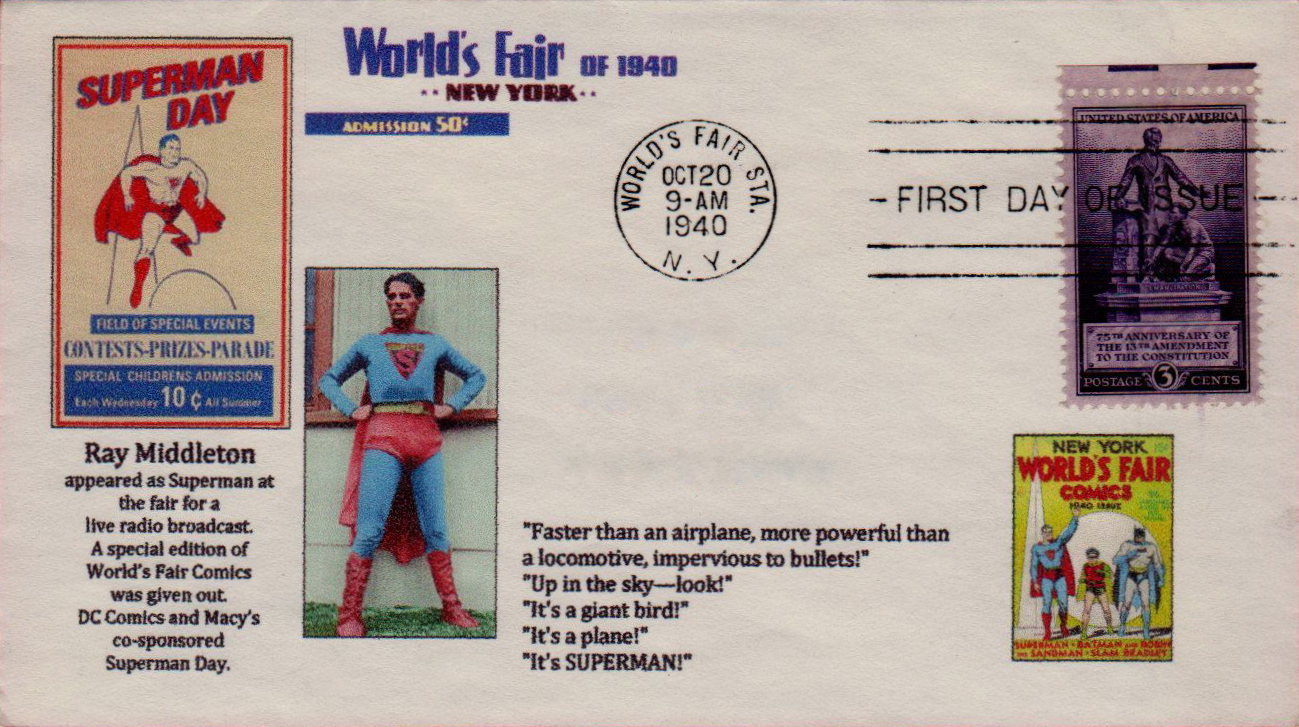 The live radio broadcast required his voice but not a costume. While the envelope text is factually true, it did not say or mean Middleton actually donned the costume for the parade. Even the image of the costumed mystery man on the envelope is not proof it was Middleton. A video of “Superman Day” is here.

(Next post on Monday: Price Building)
Posted by Alex Jay at 8:00 AM