Anatomy of a Logo: Quicksilver

On May 1, 1996, Mark Gruenwald called and offered the Quicksilver logo to me. It was
for the Uncanny Origins series. Over the next couple of days, I developed three designs. 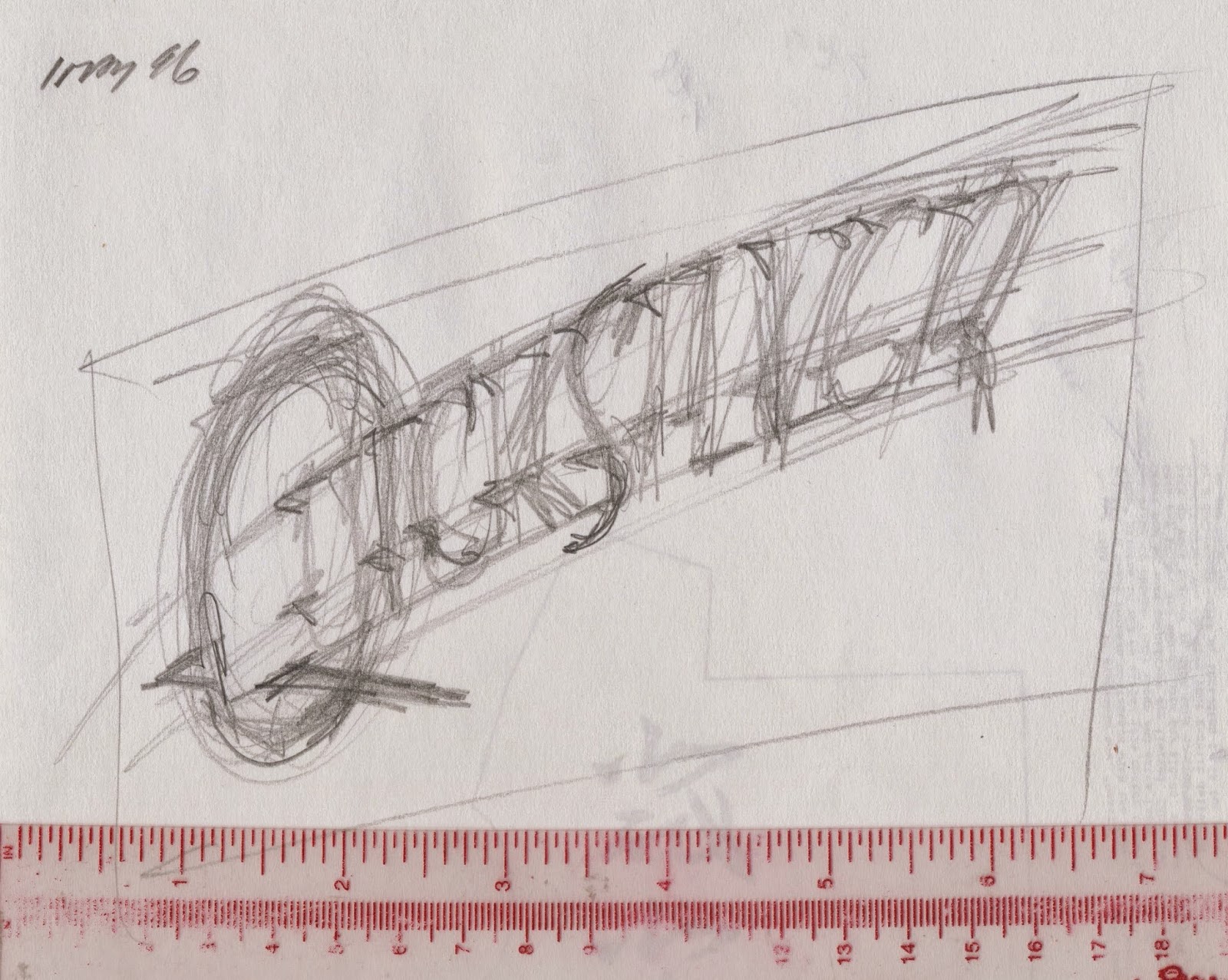 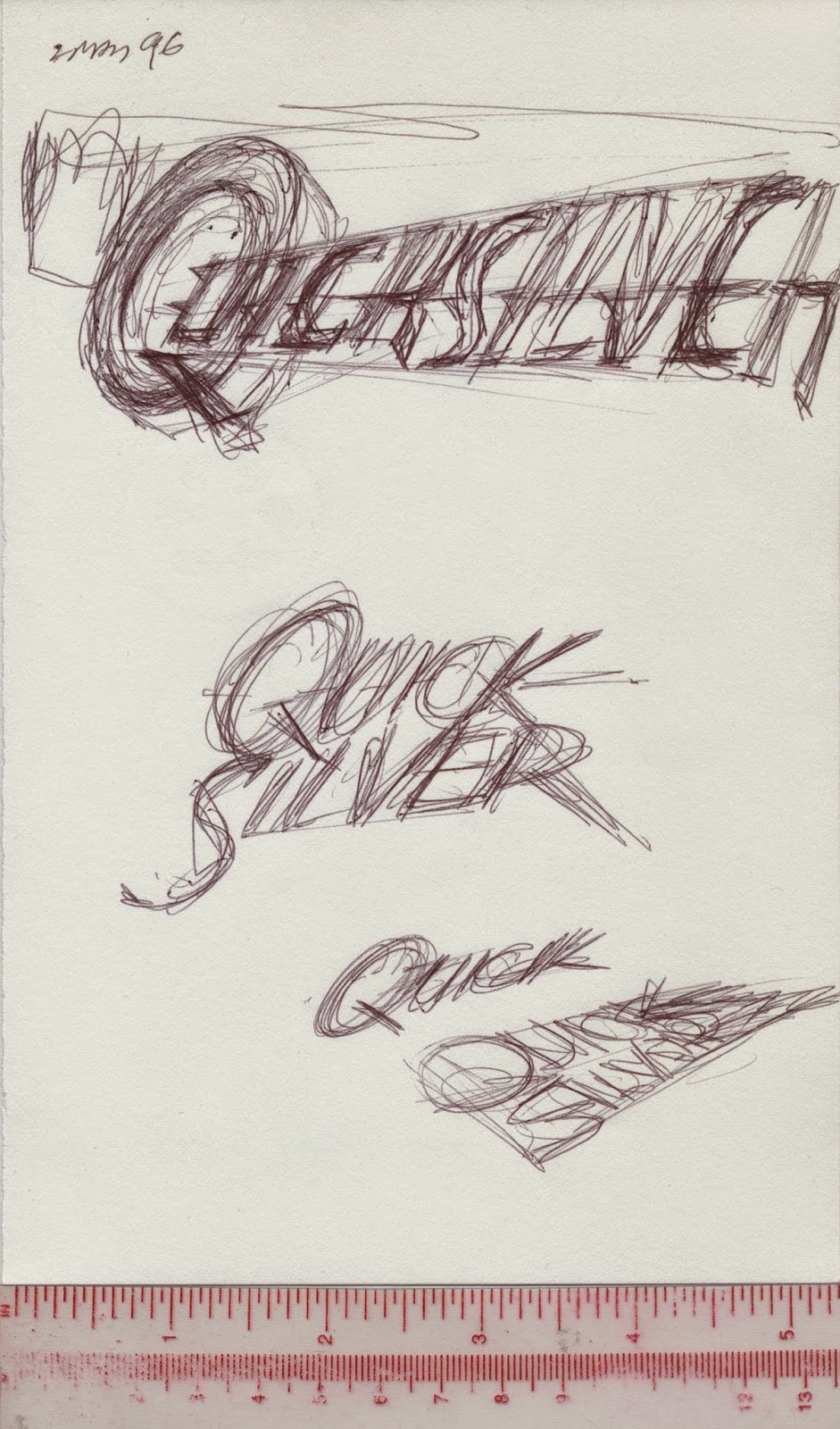 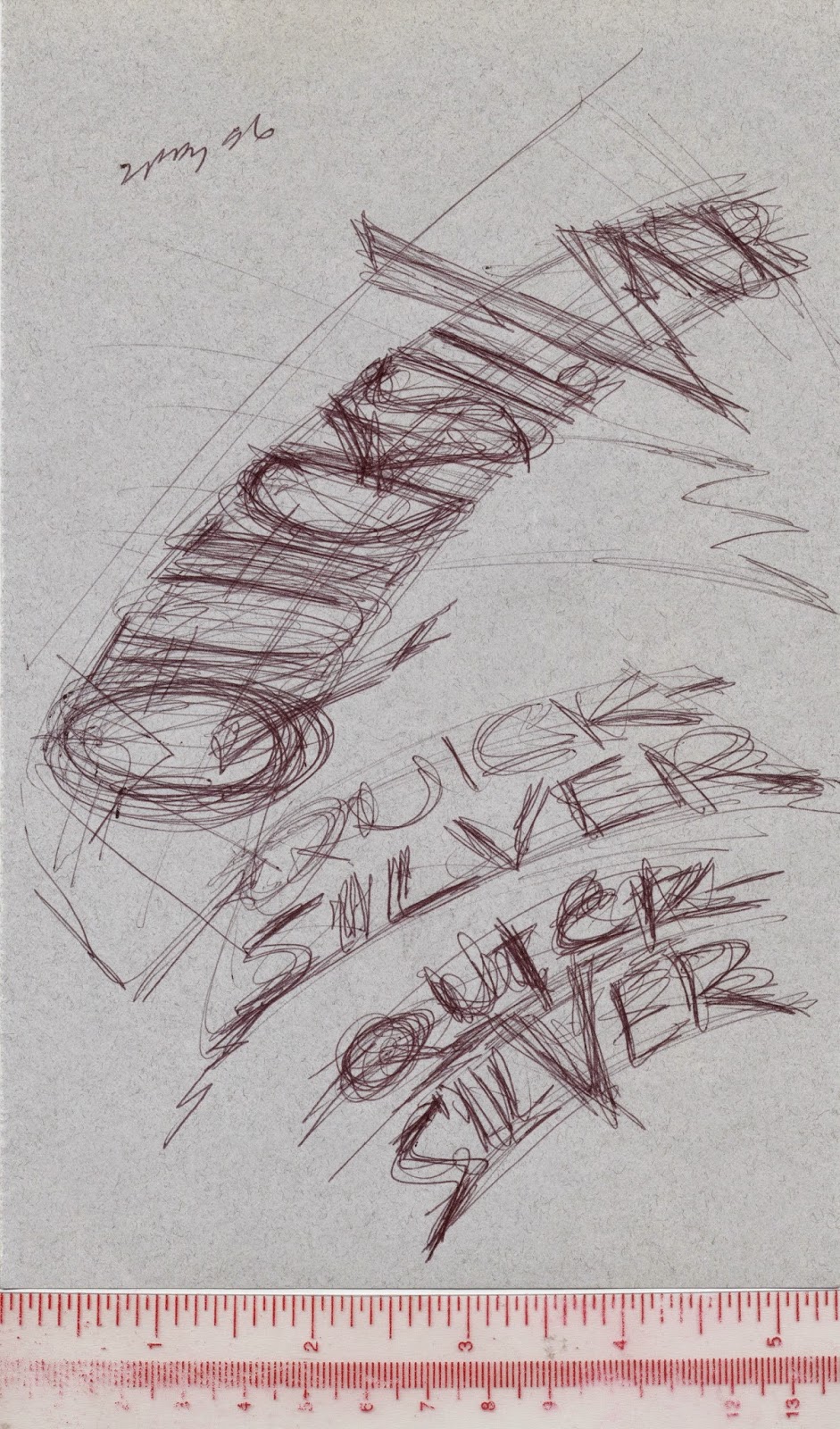 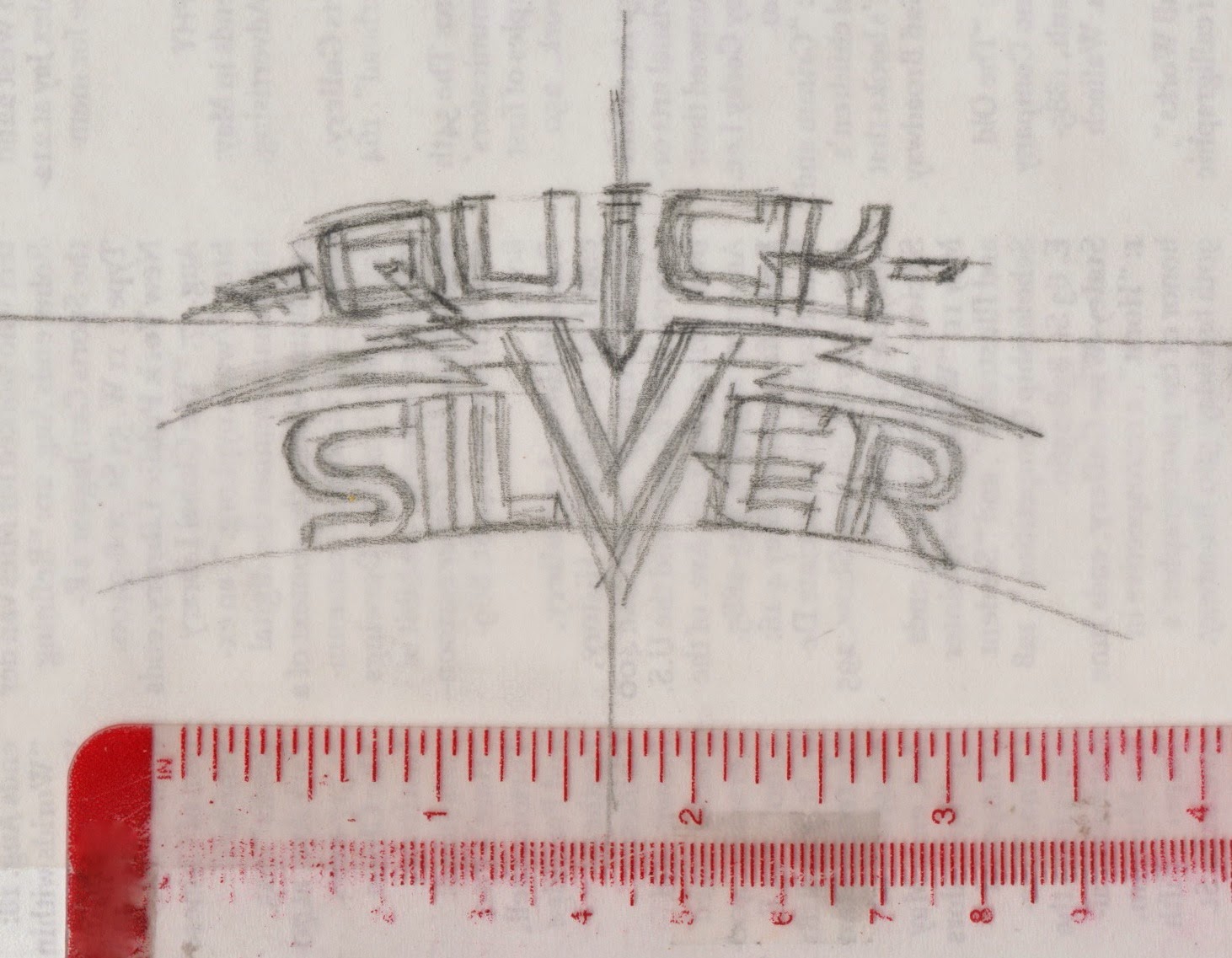 I drew guides lines to prepare for a tight pencil rendering. Next, I
put a piece of vellum over the guide and fleshed out the letterforms. 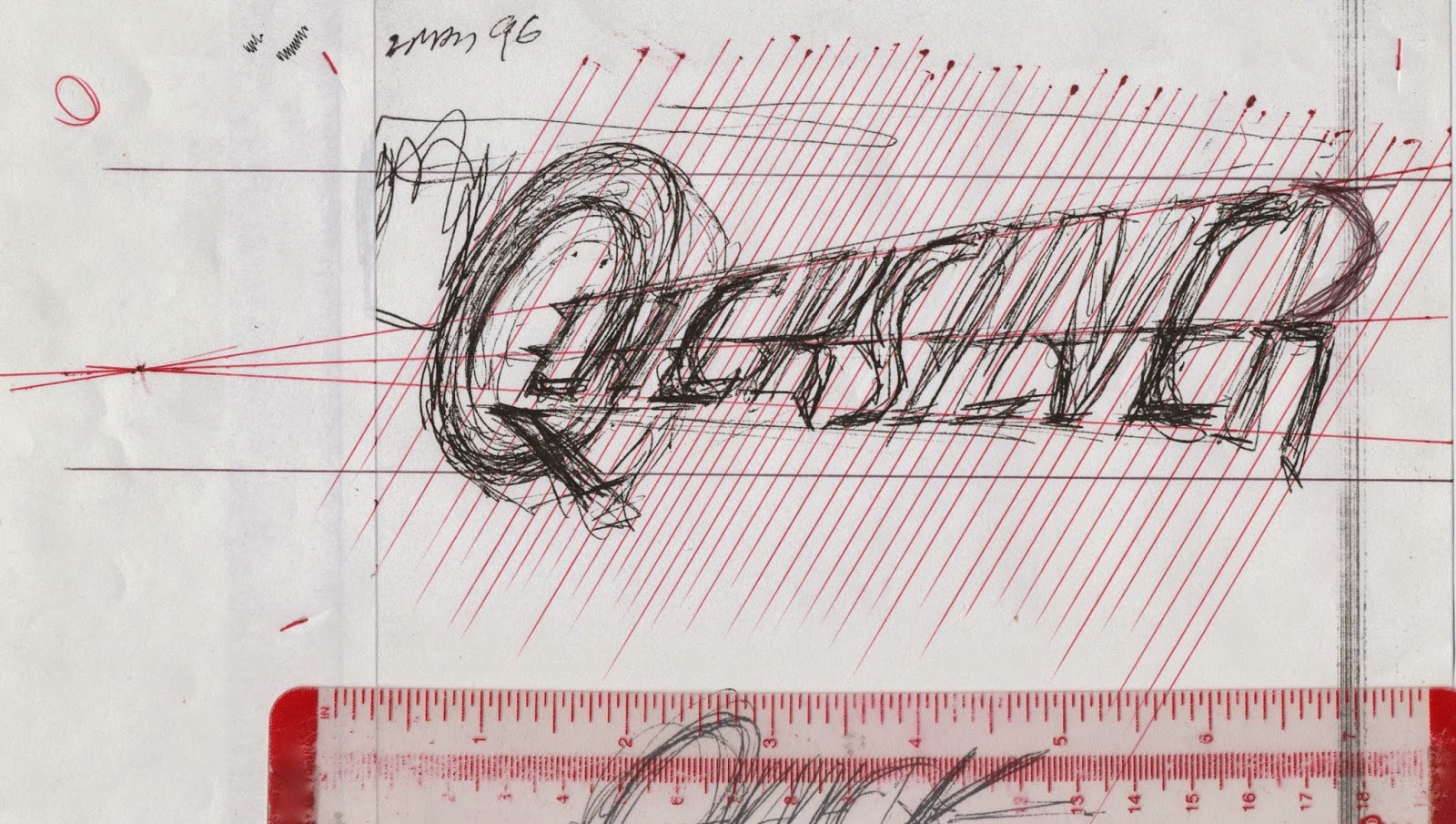 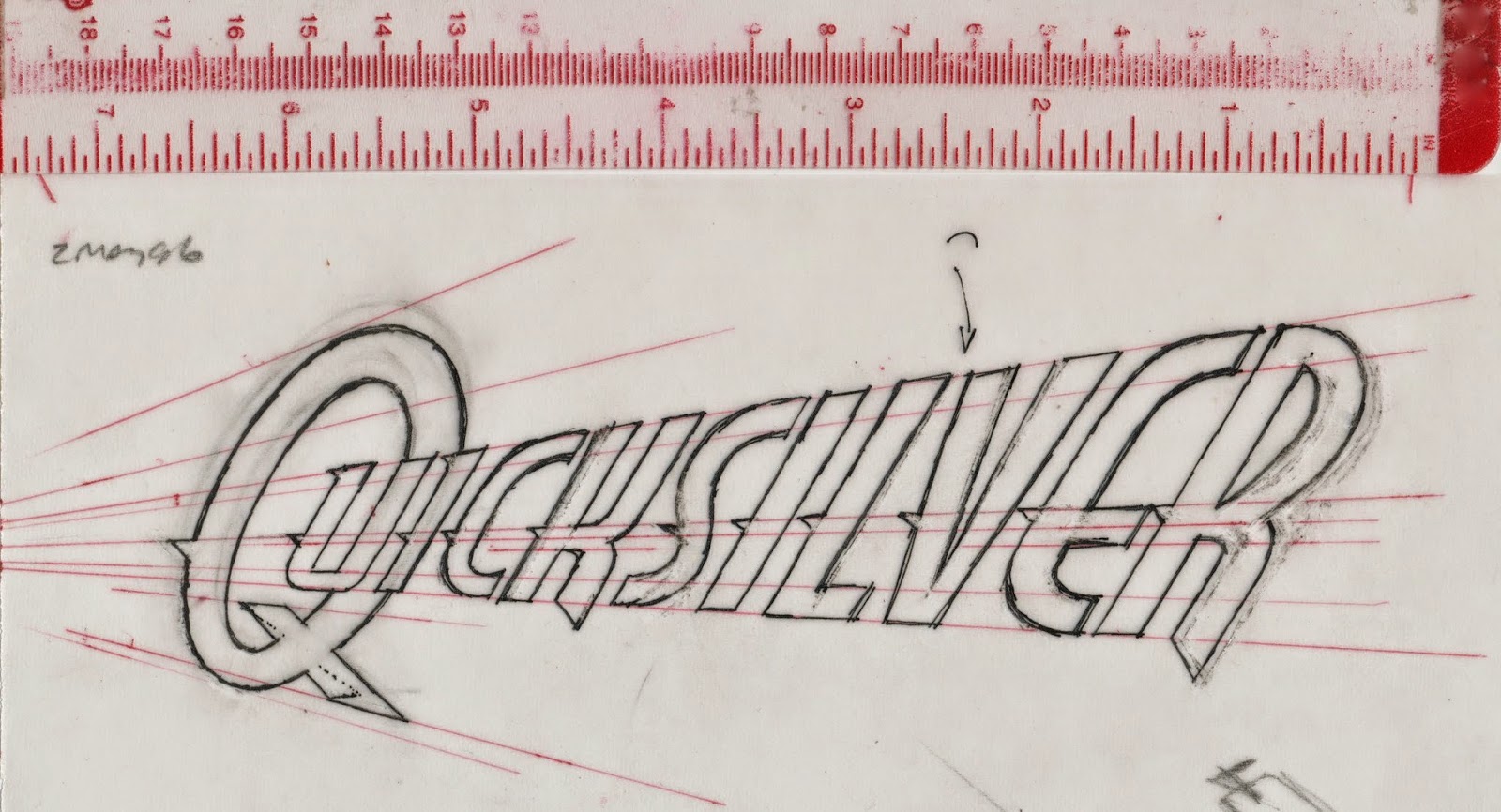 Below are a tight pencil drawing of the logo plus an alternate “Q”. 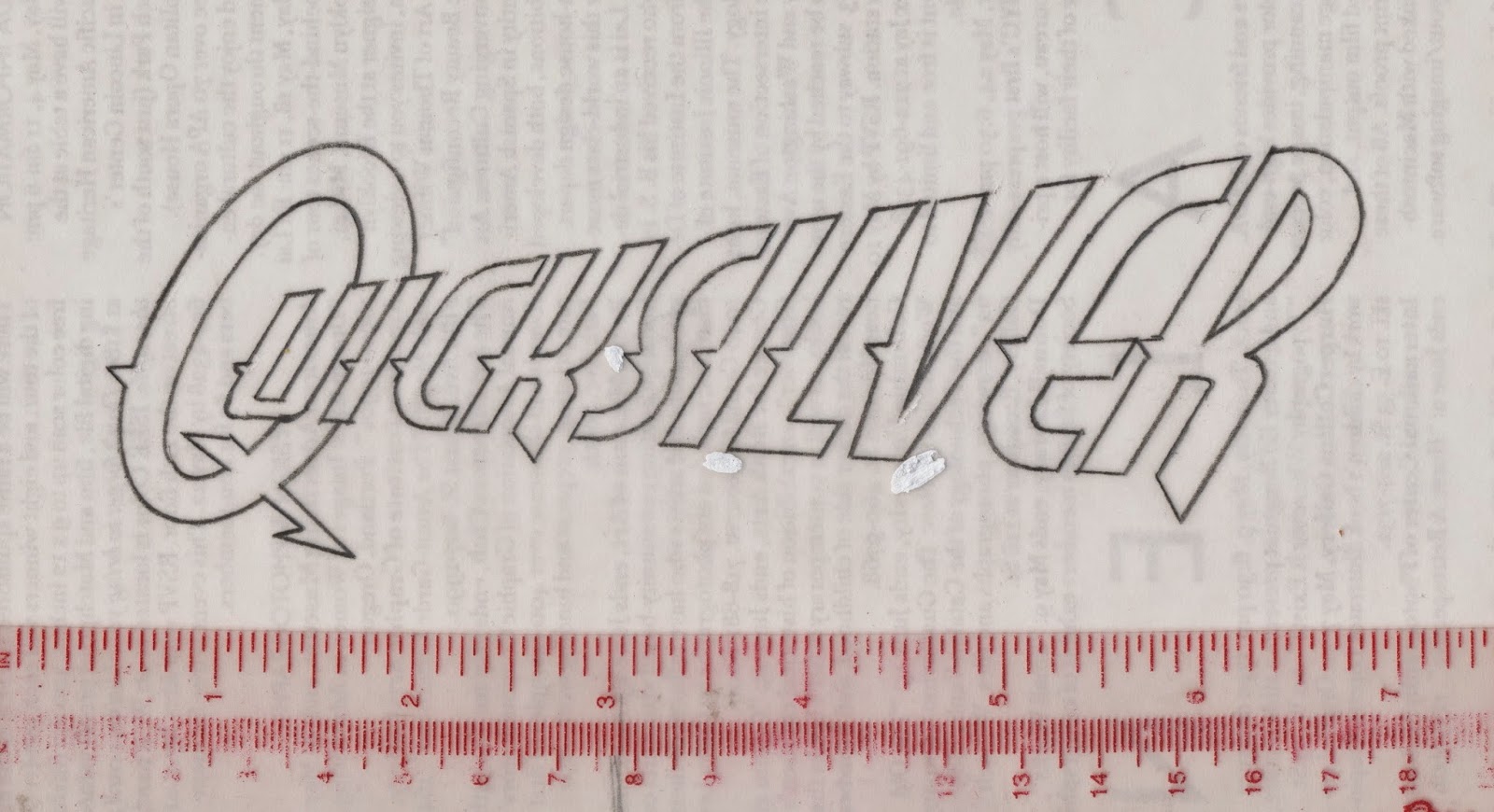 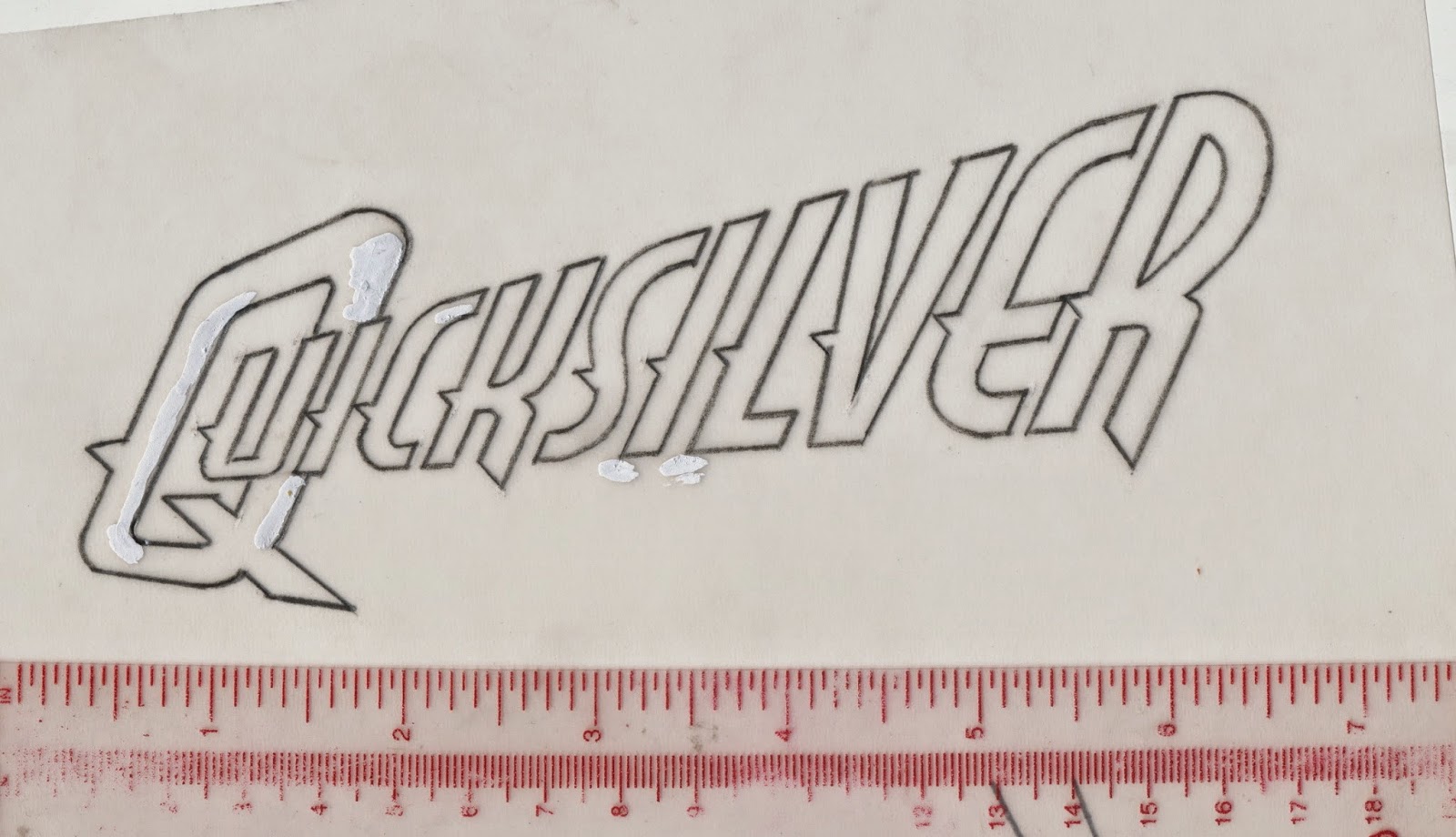 Below is the second design on an arc. “V” bleeds off cover. 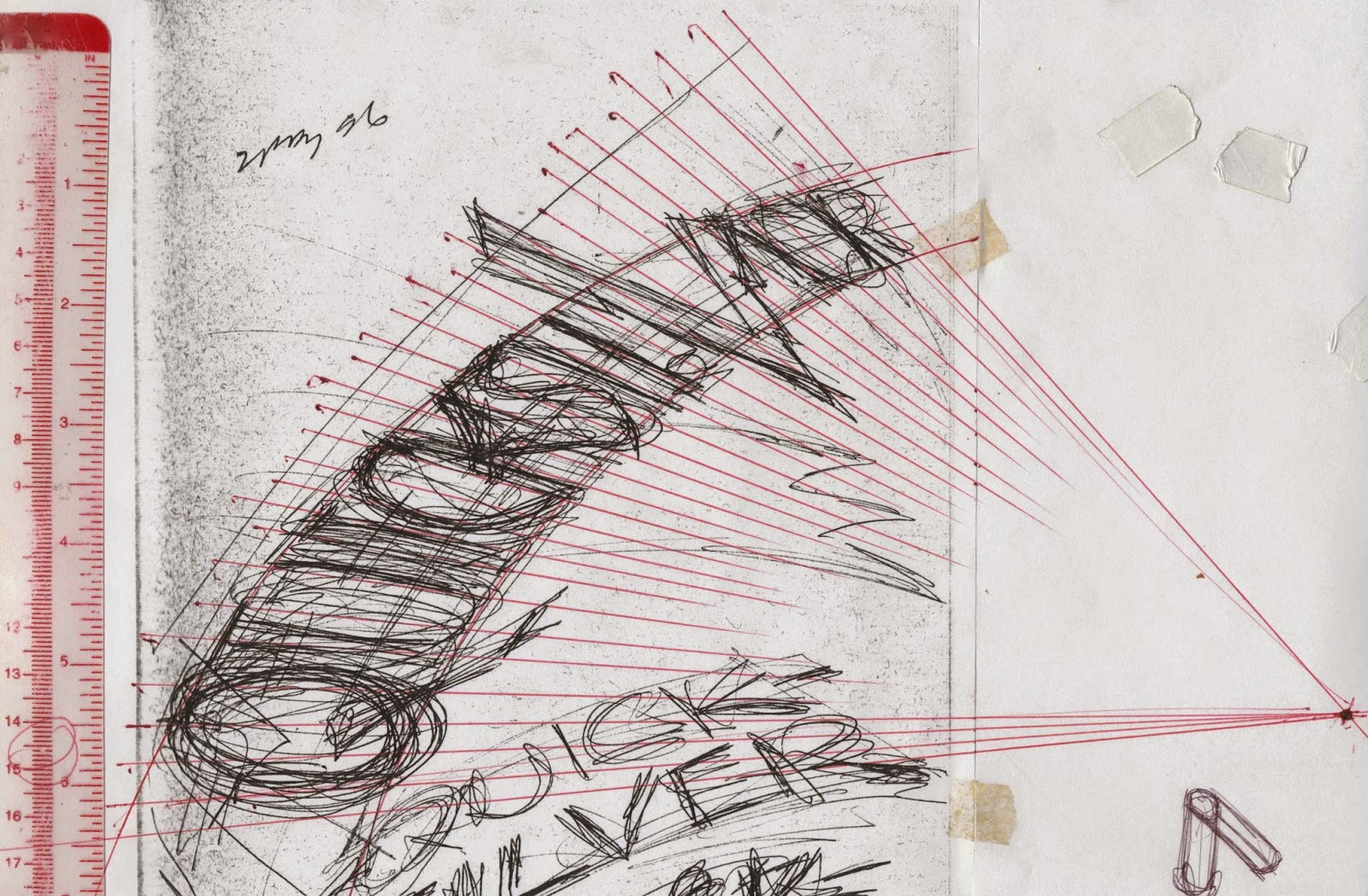 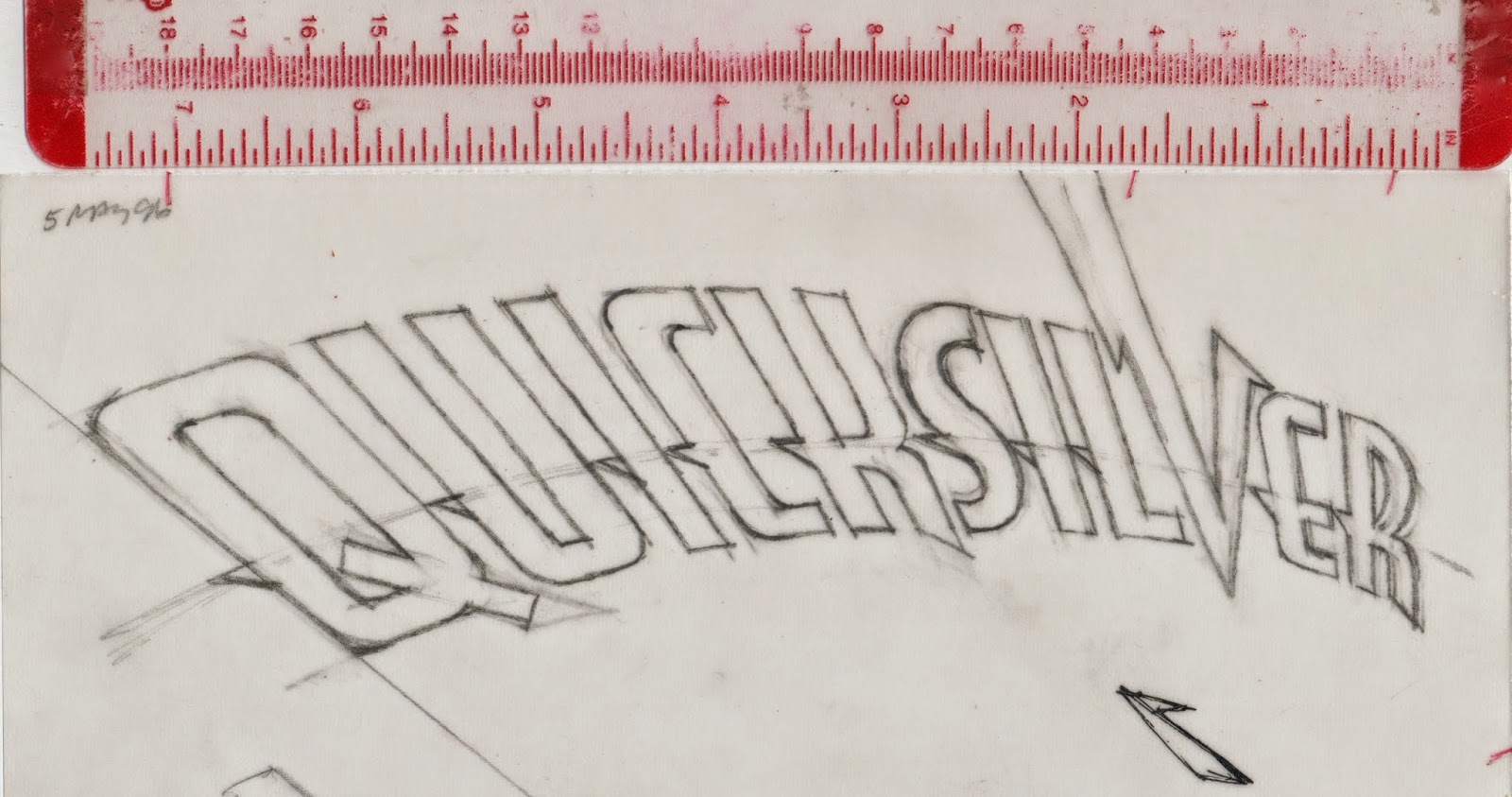 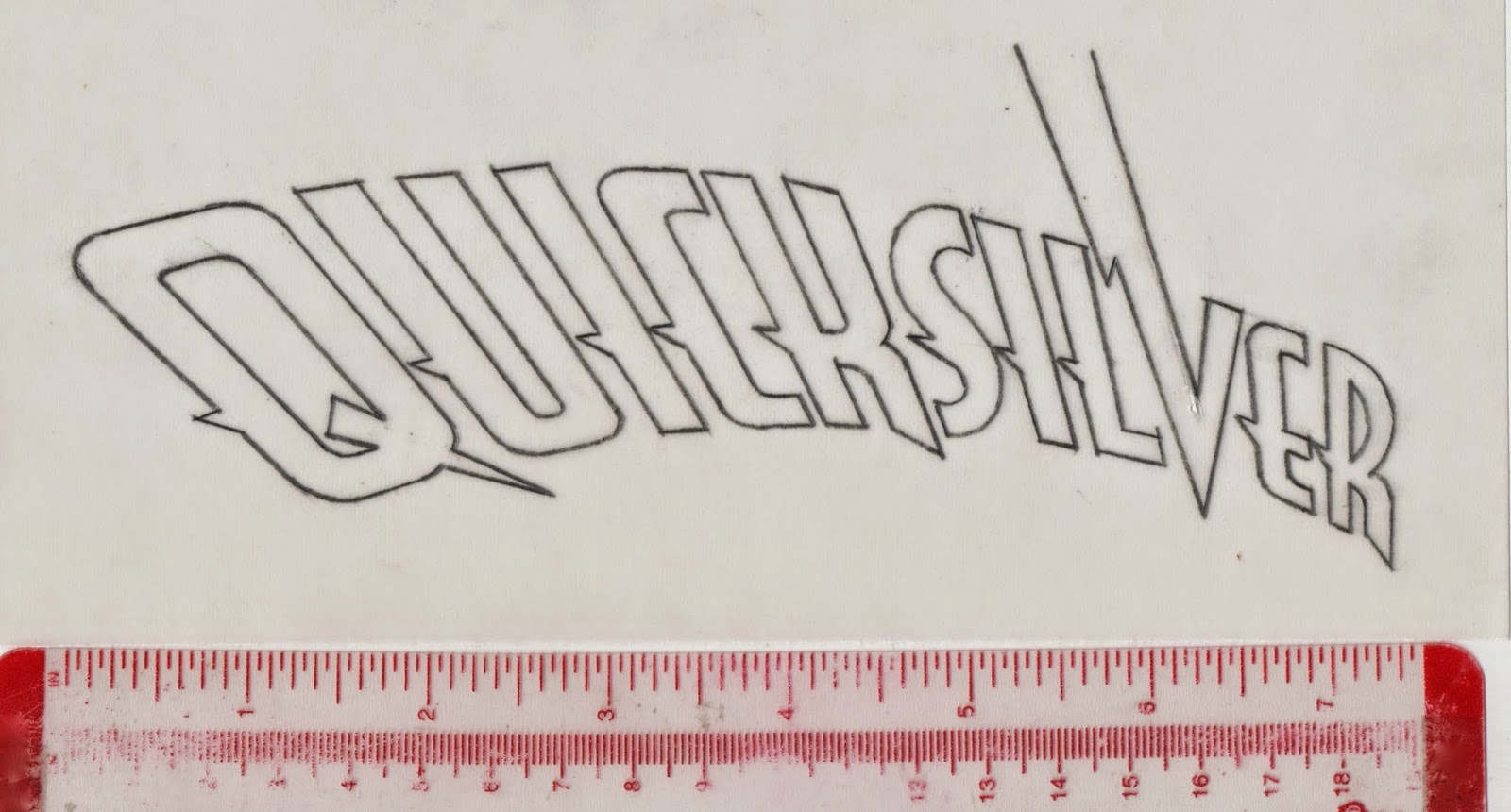 Stacked design with the “S” and “R” almost as a mirror-image. 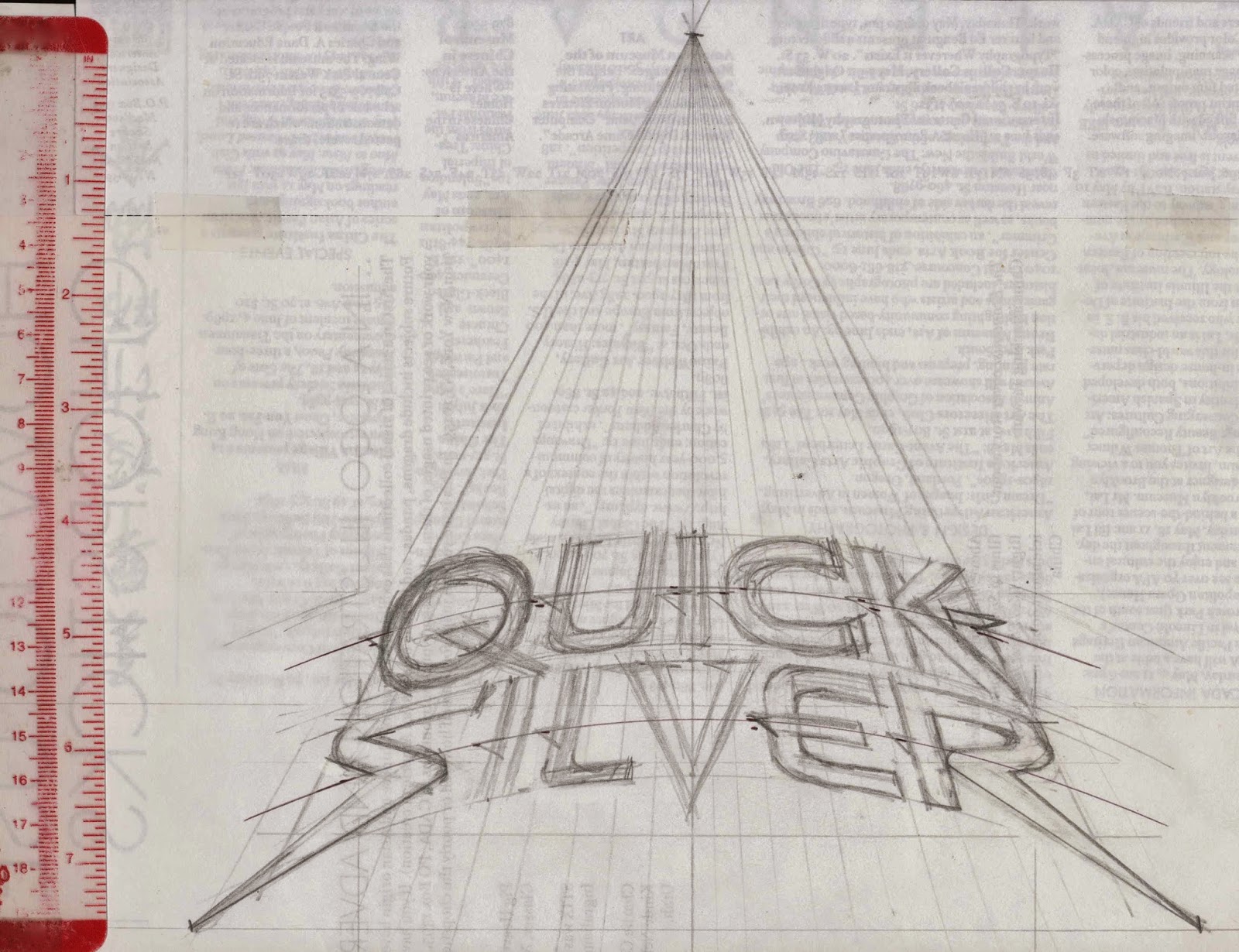 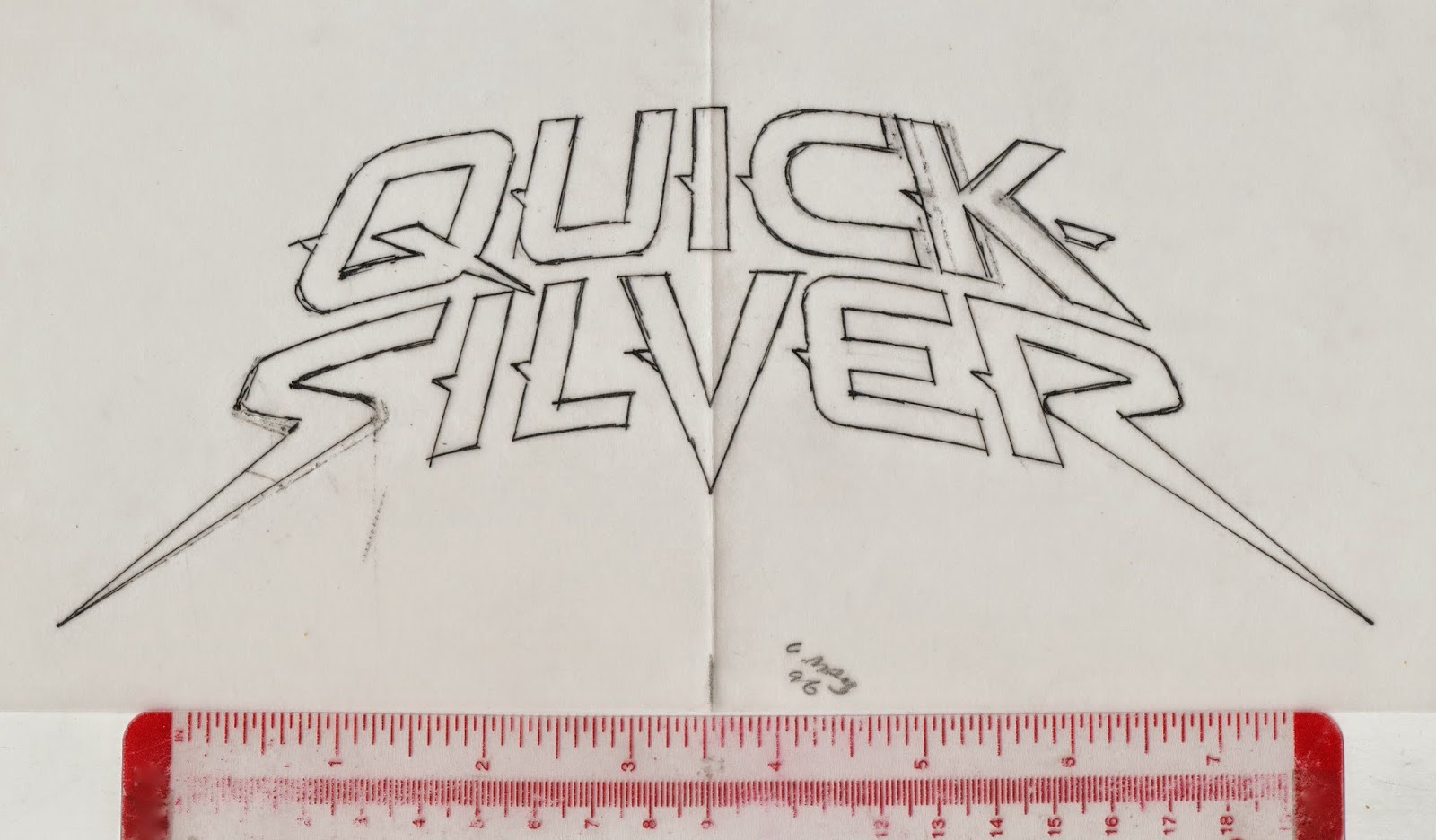 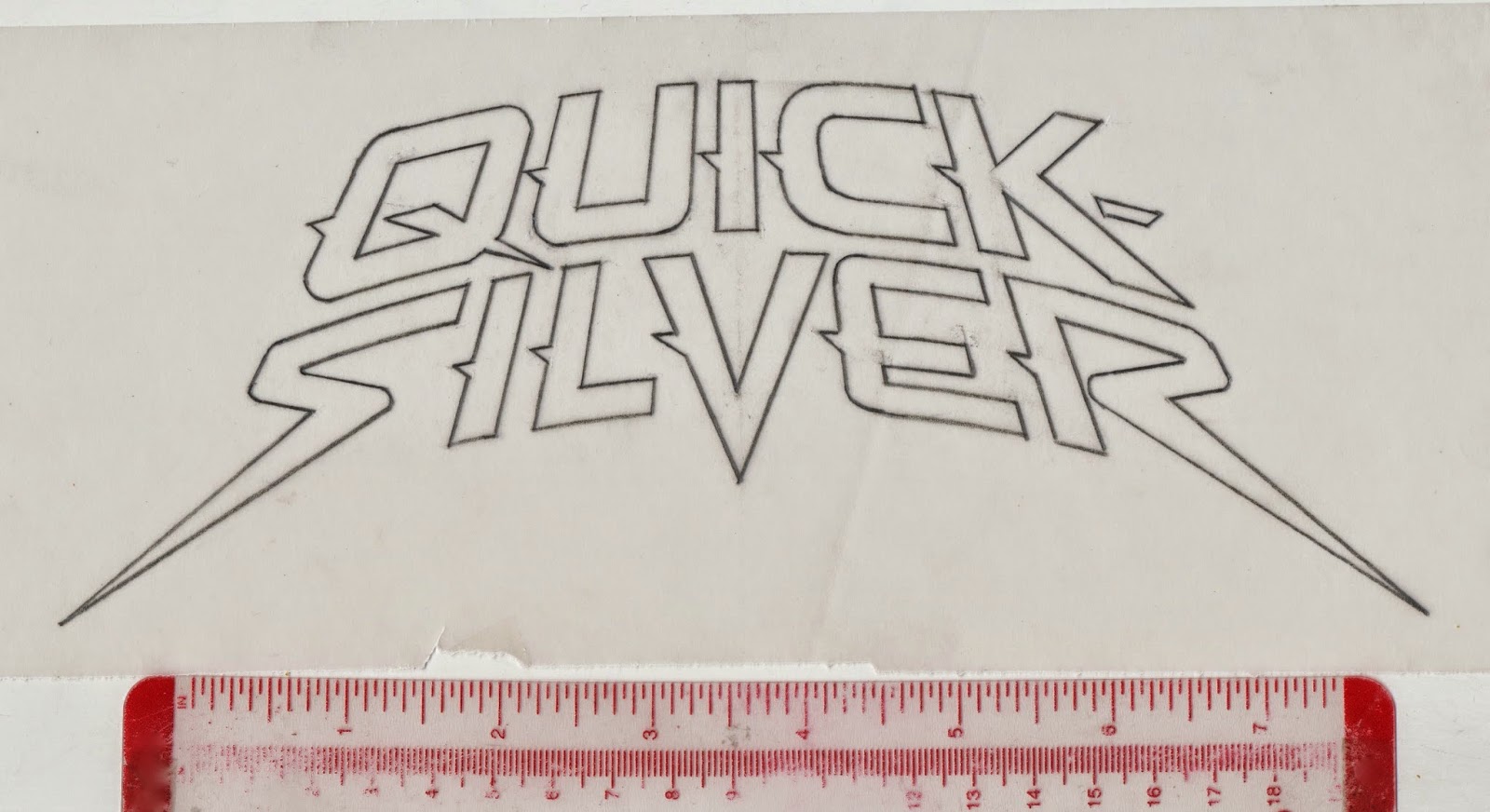 The designs were faxed to Mark. 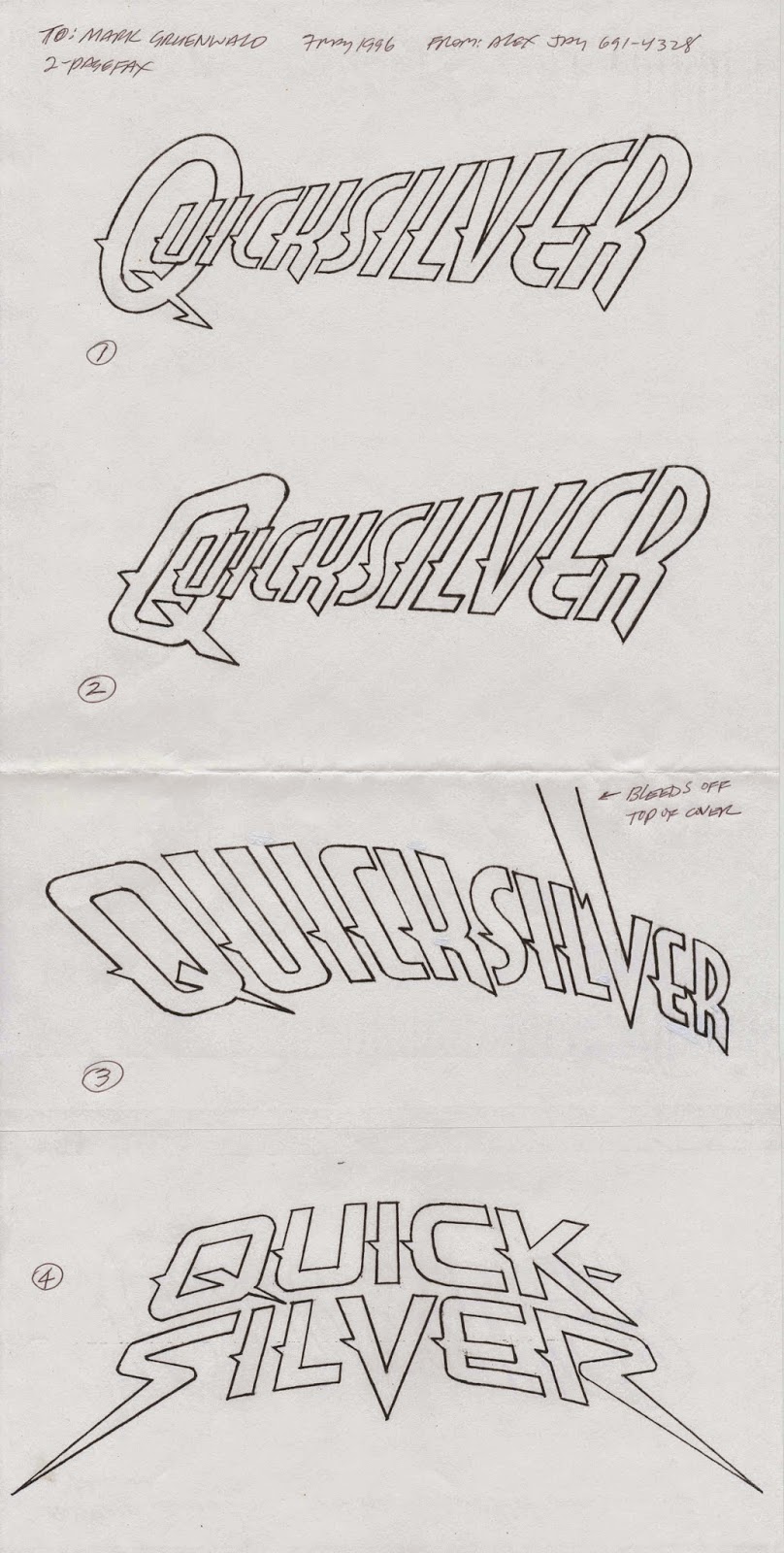 Mark chose 4A with a bolder outline
and less space between the “S” and “I”. 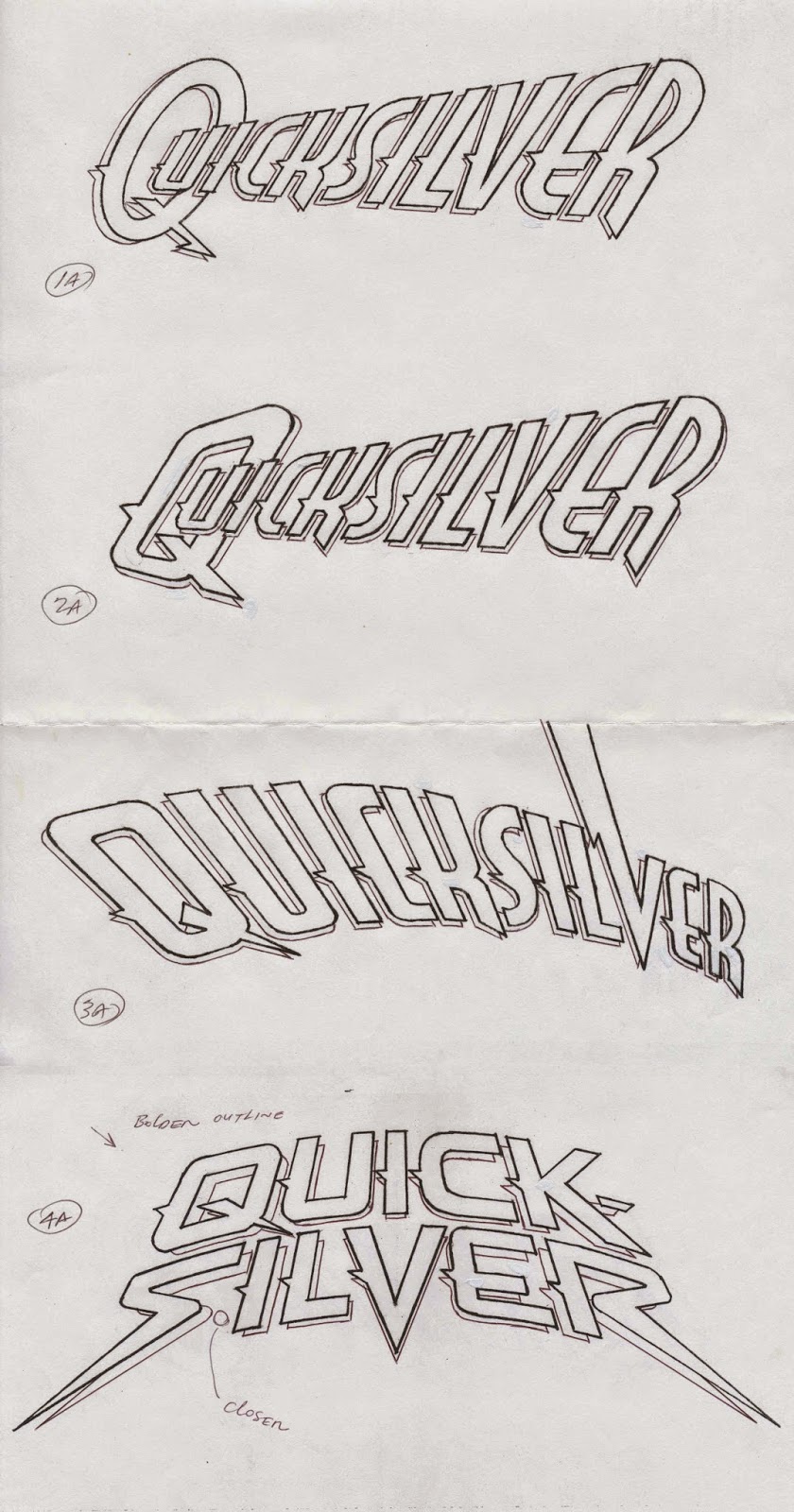 The logo with a redesigned “S”. 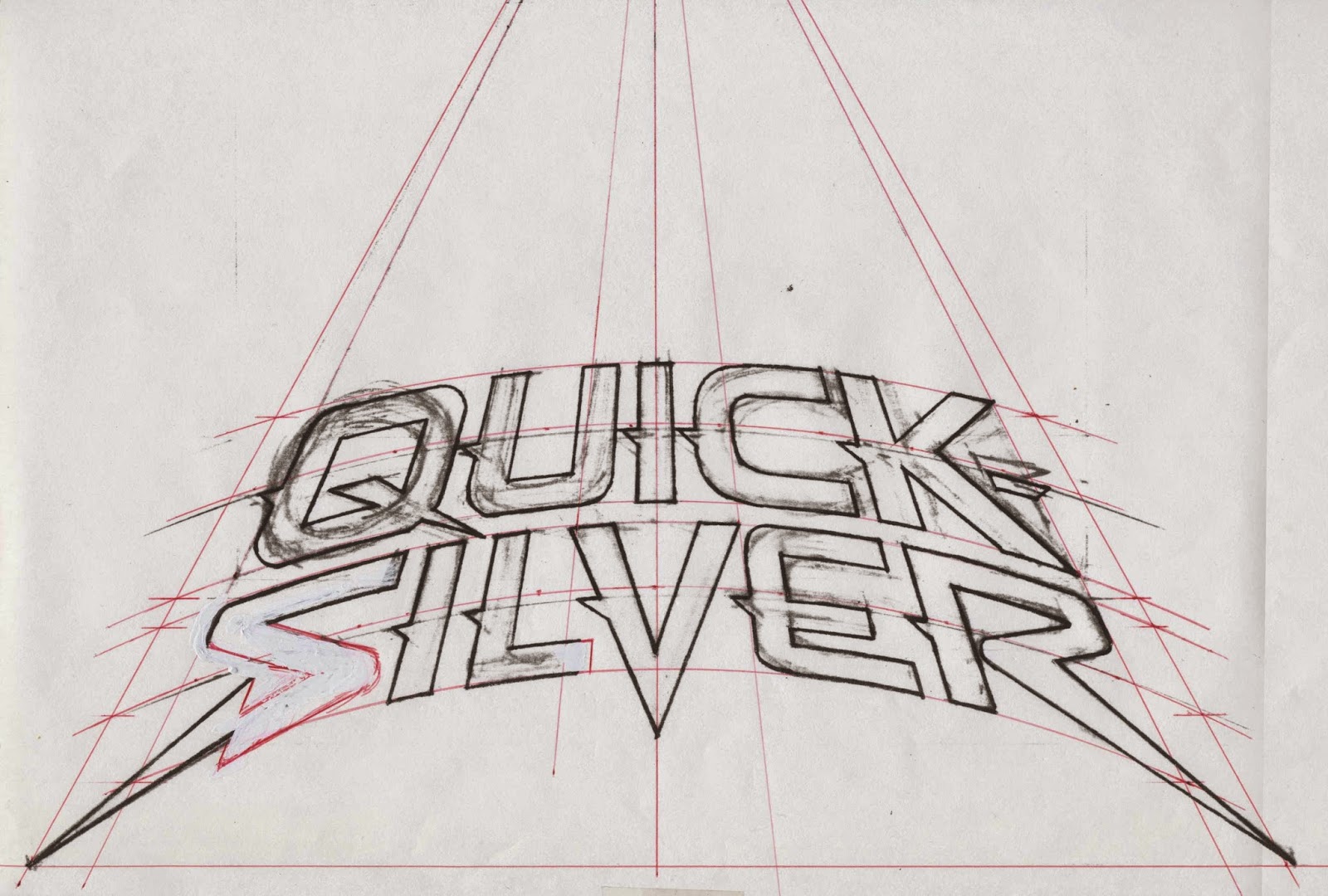 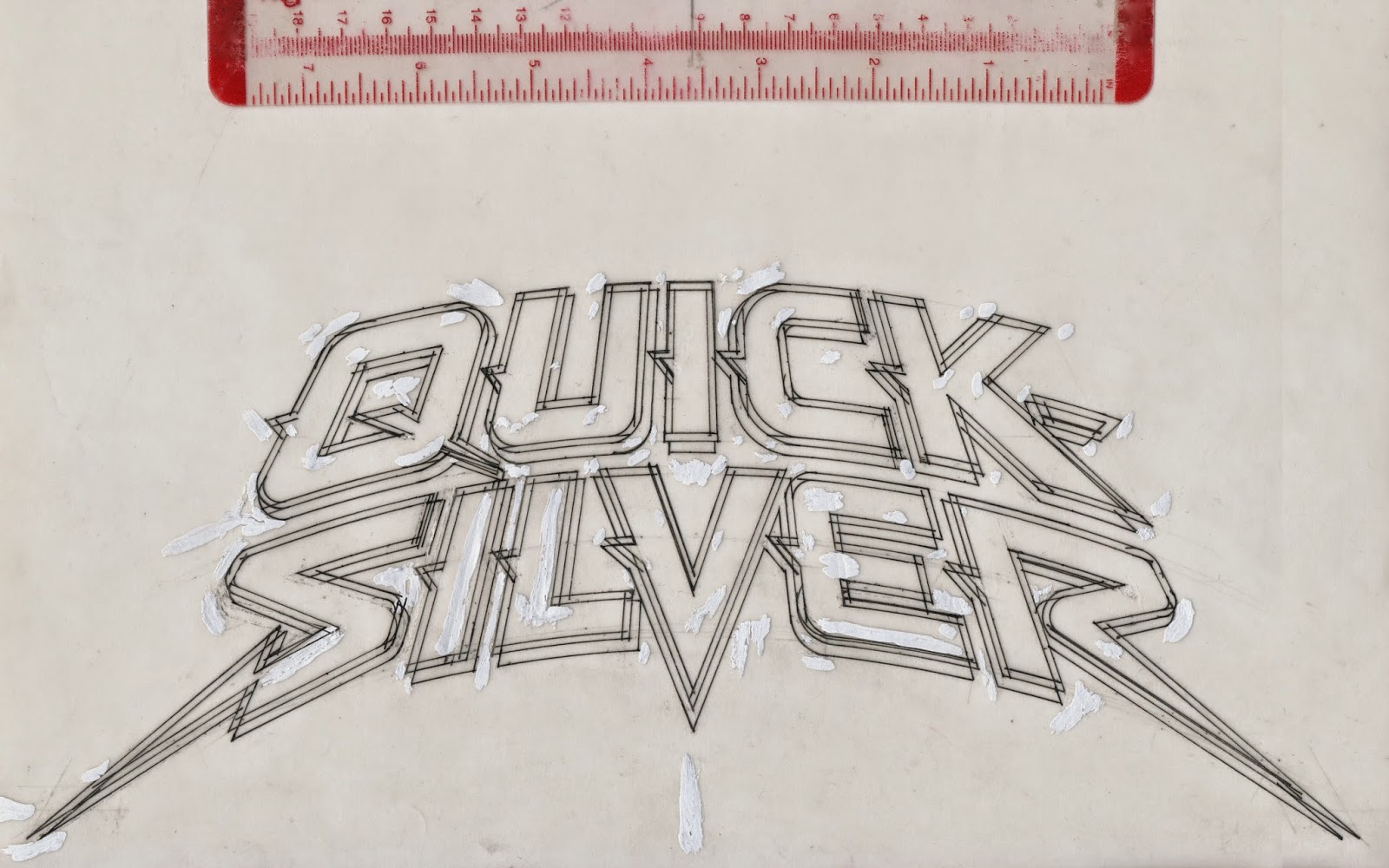 The drawing was photocopied then the outline was filled in with red ink (below).
Slivers of a Post-It Note masked out parts of the “Q” and “S” that were modified.
The notes on the left were made after Mark approved the faxed design (next image).

The revised logo was faxed to Mark who approved it. 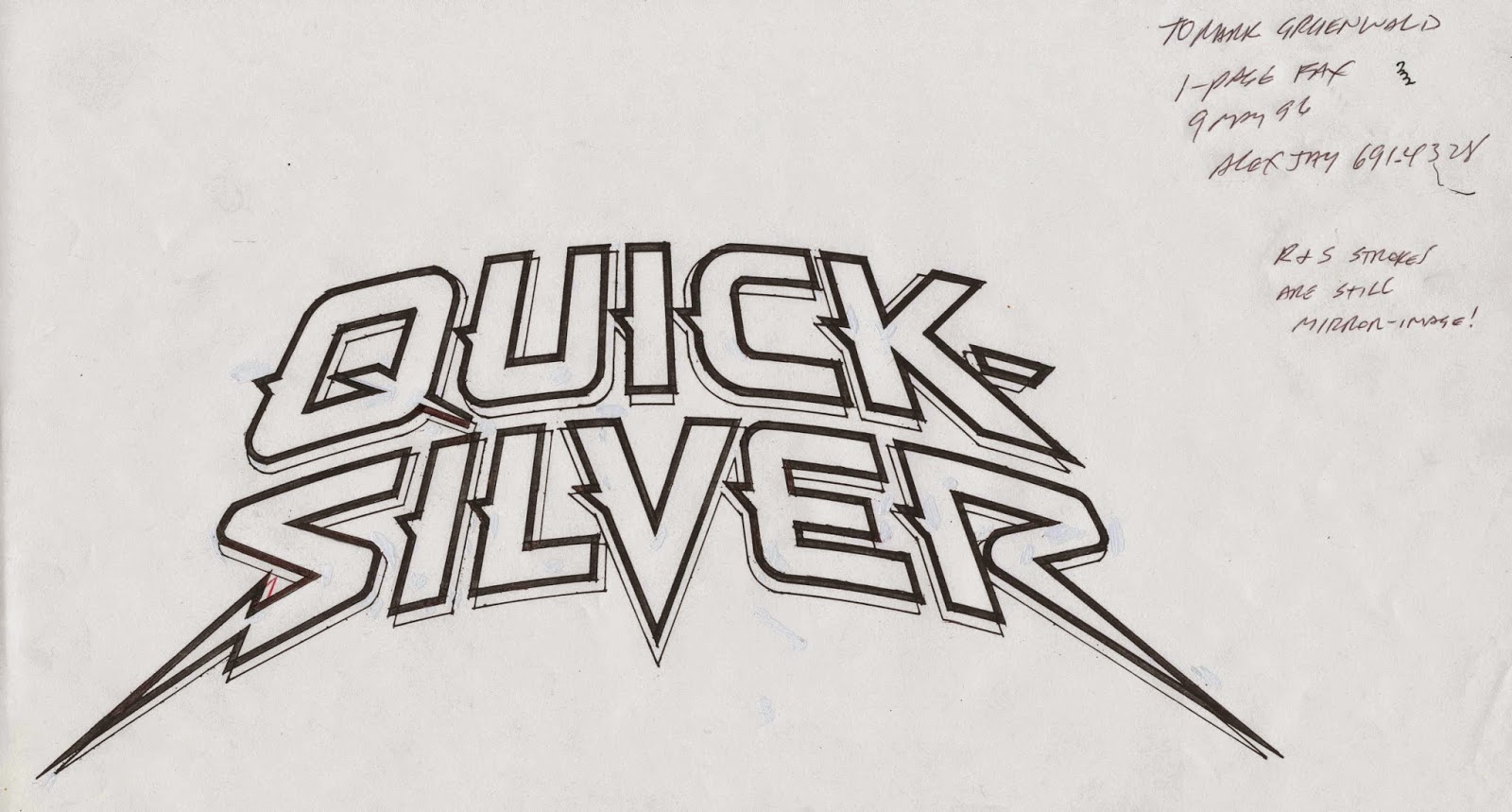 The finished art was drawn on a LetraMax 400 board.

The logo appeared on Uncanny Origins number two (below). As you can see, the “Q”
is an example of a bad scan that no one caught. I also did the Uncanny Origins logo
that I’ll discuss at a later date. Quicksilver is in the film, Avengers: Age of Ultron. 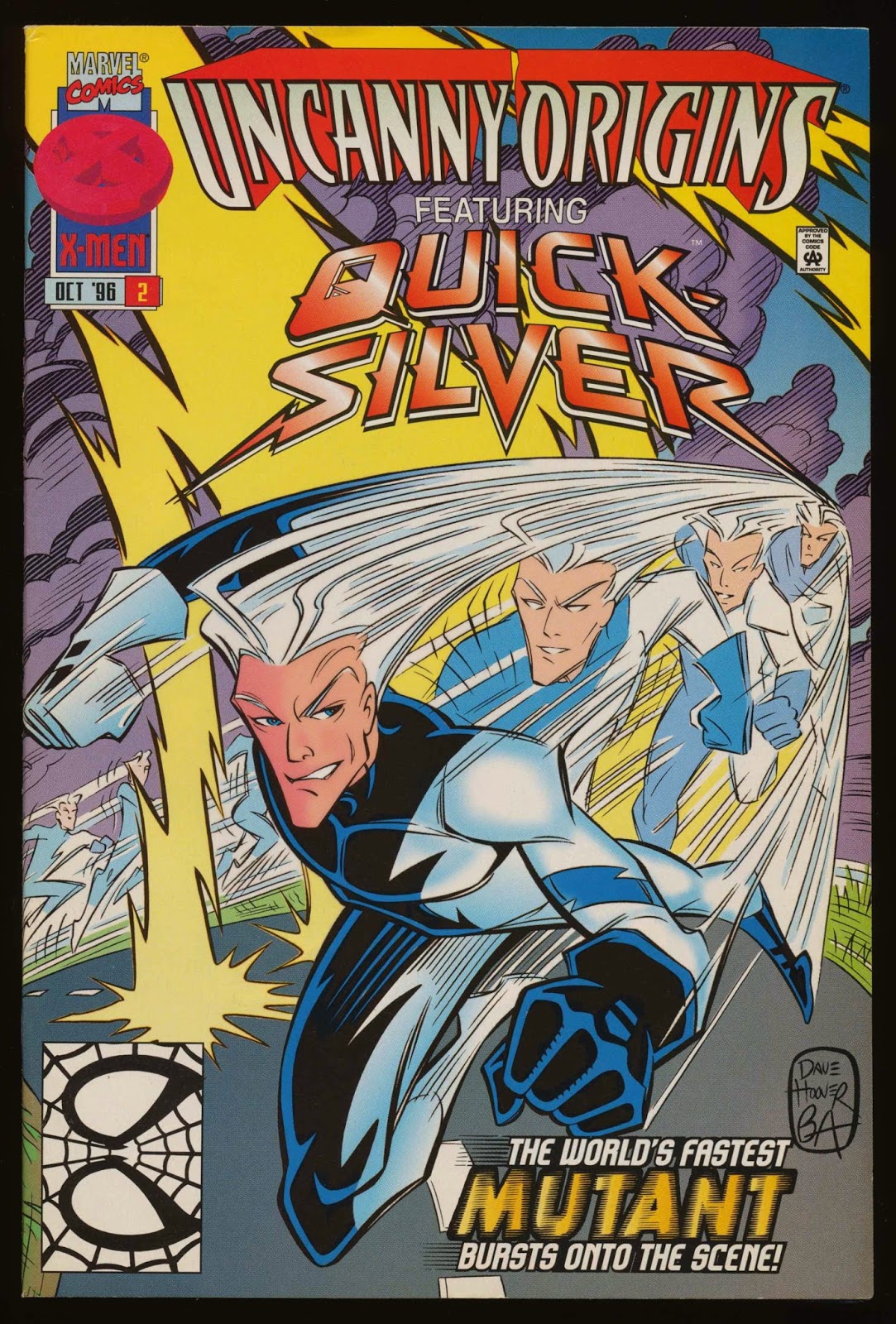 (Next post on Monday: Platt R. Spencer, Master Penman)
Posted by Alex Jay at 8:00 AM