Anatomy of a Logo: Timber Wolf

On January 13, 1992, Curtis King, of DC Comics, faxed five pages of
Timber Wolf sketches. I accepted his offer to refine and finish the logo. 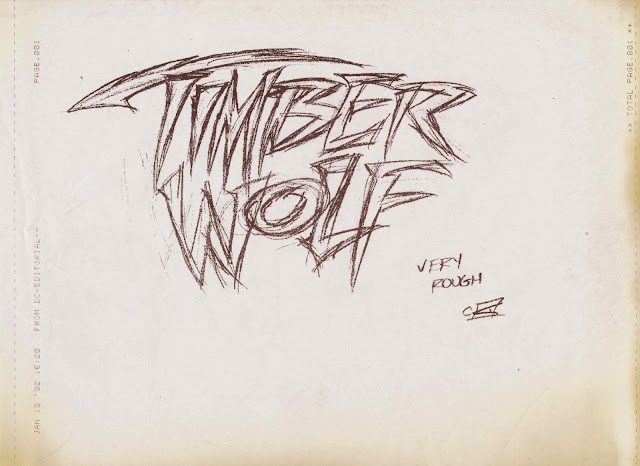 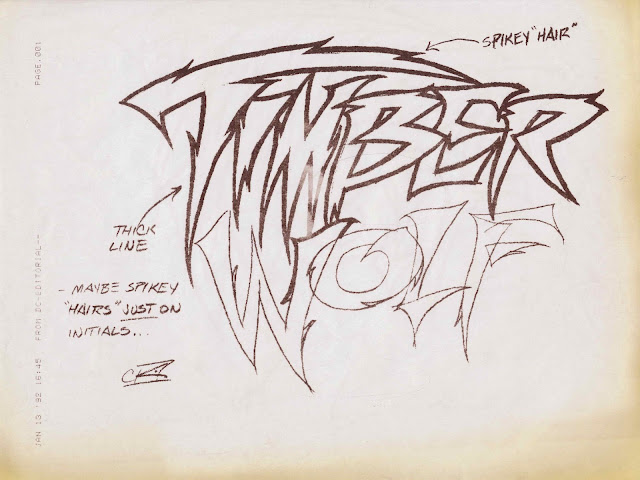 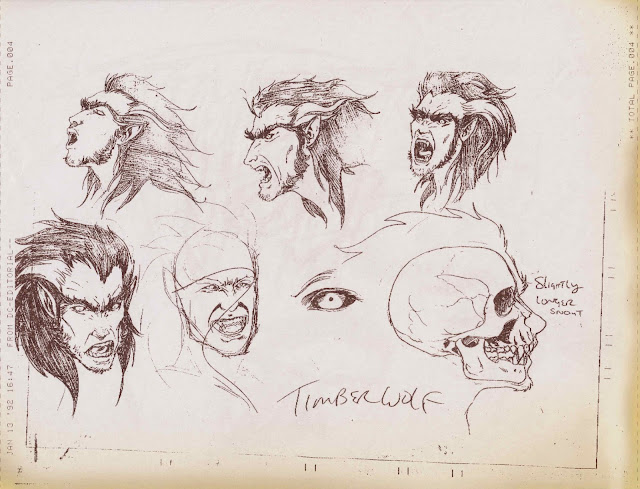 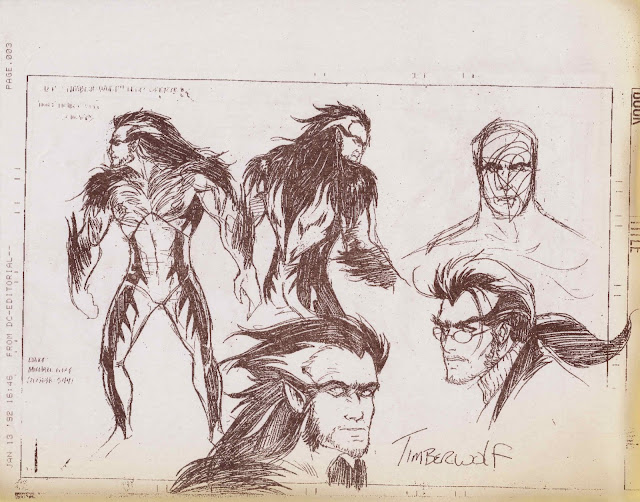 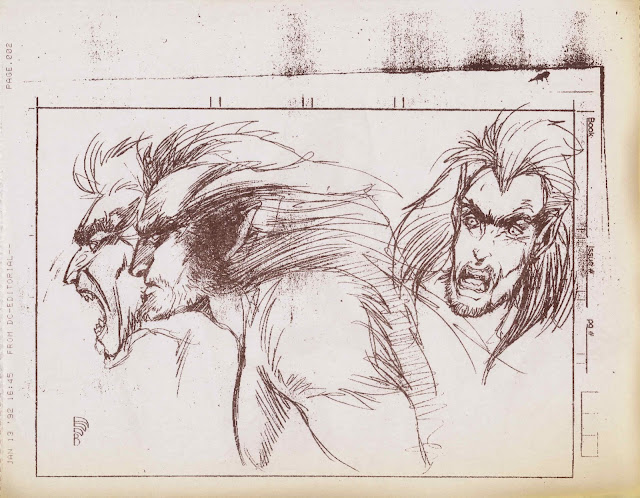 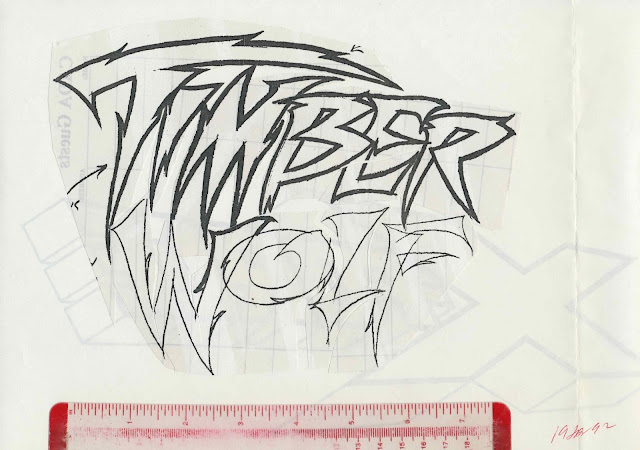 Work began January 19, 1992; photocopy of fax made on the blank side of an X-Force photocopy. 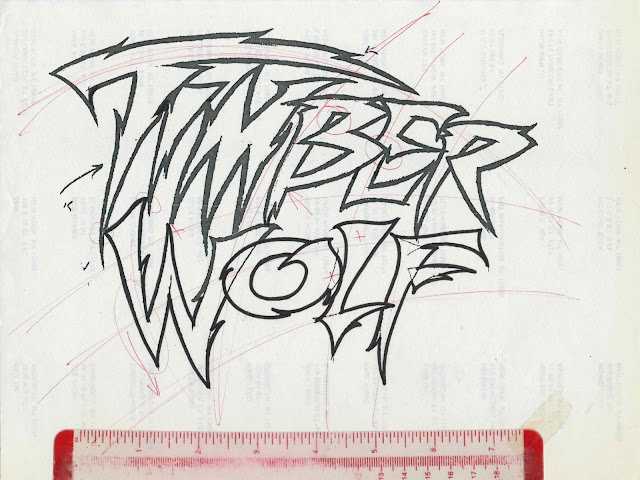 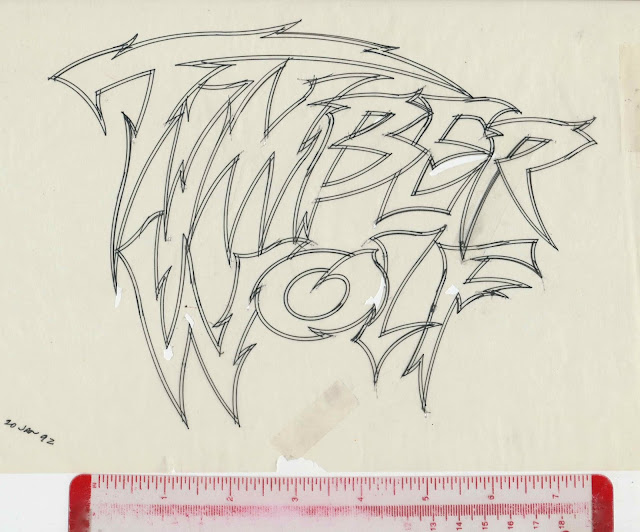 On January 20, tracing paper was placed over the above photocopy
and a tight outline rendering of the logo was made. 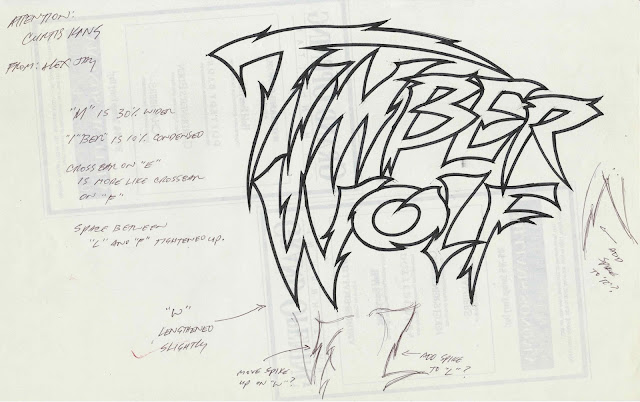 The outline rendering was photocopied and filled in. Questions and
suggestions were noted in the margins. This was faxed to Curtis. 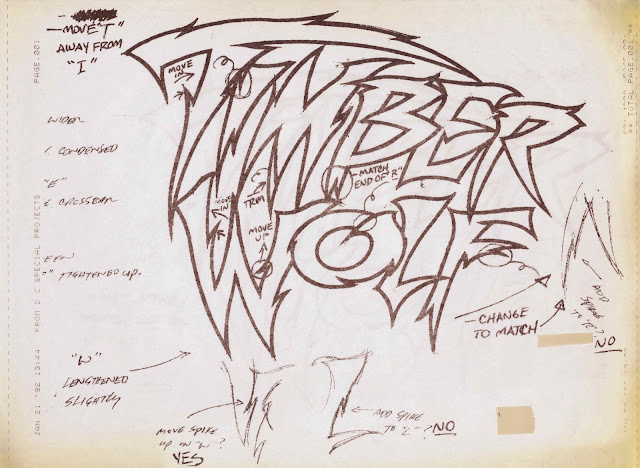 Curtis’s response to my fax. 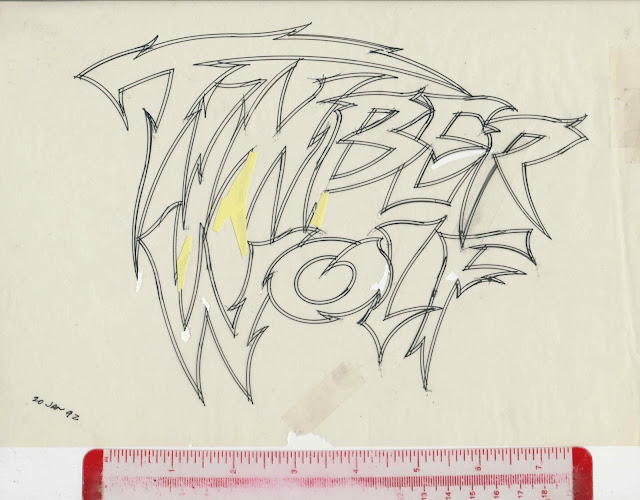 Pieces of a Post-It Note covered the affected areas. 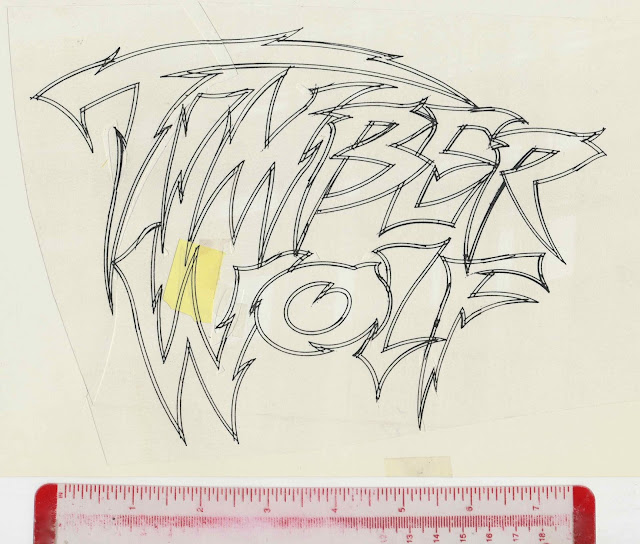 Photocopy with changes made to letters T, W, M, B and O.
The T and I do not touch. I also made an alternate W. 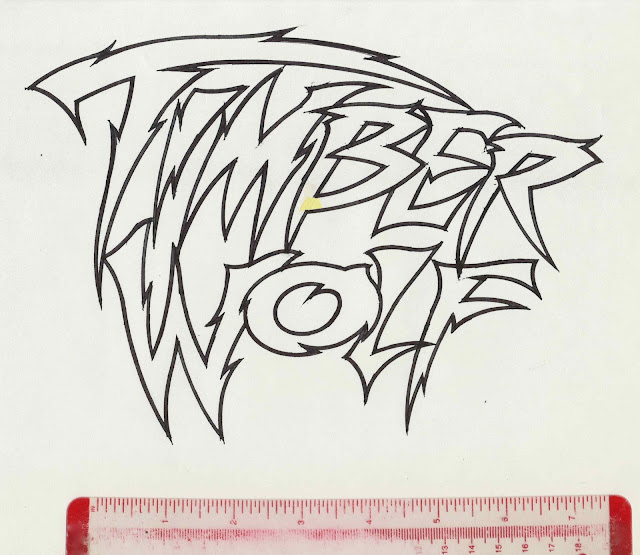 Timber Wolf logo with version one of W. 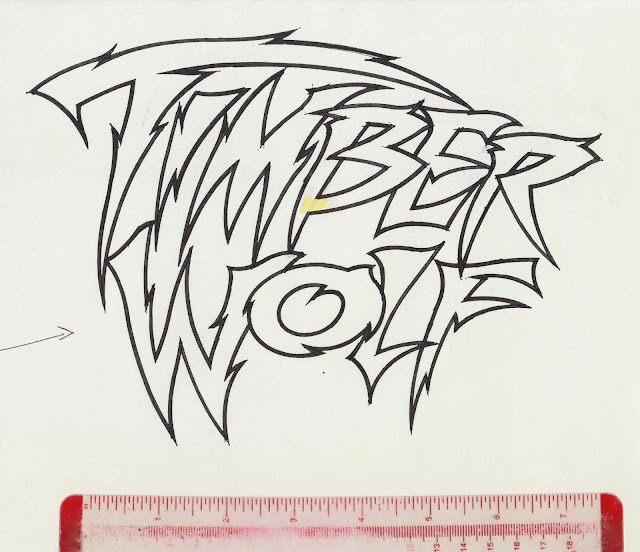 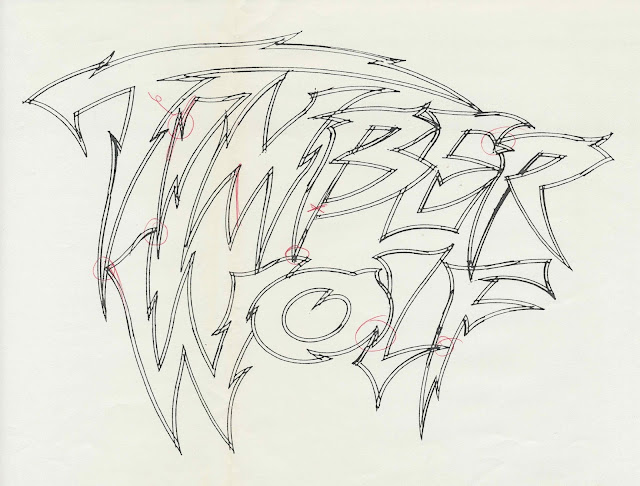 Photocopy with additional changes to be made. 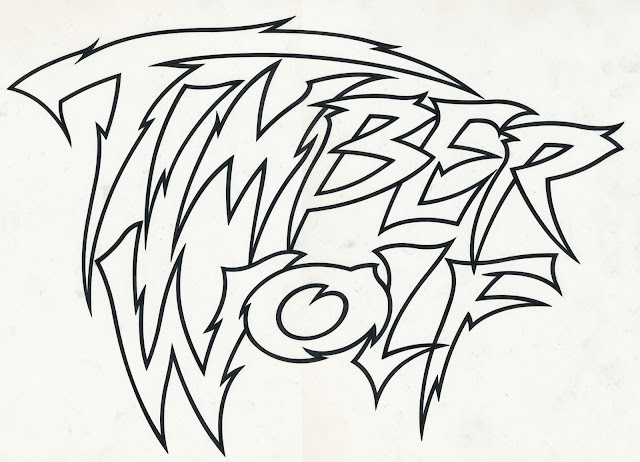 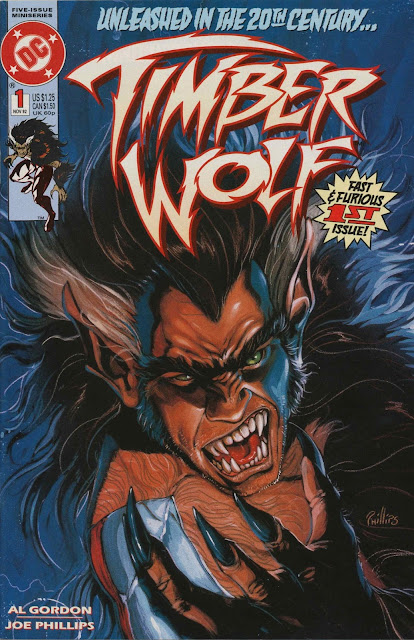 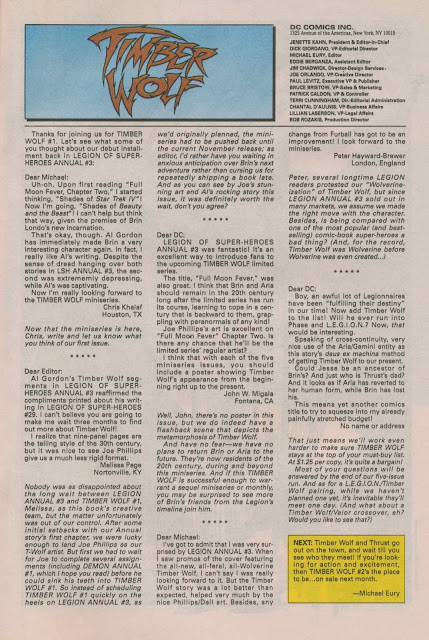 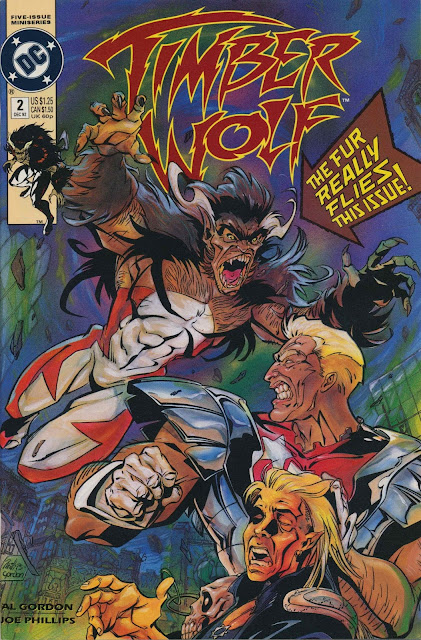 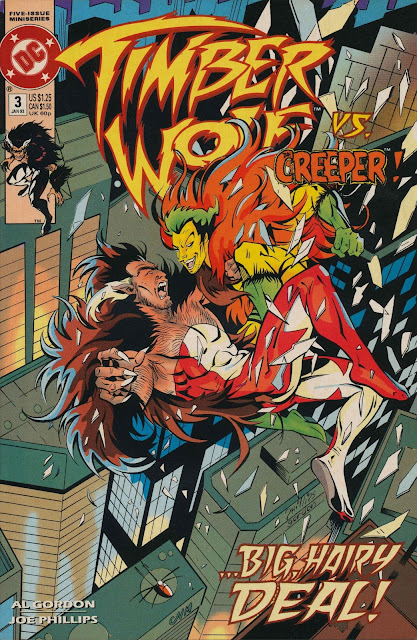 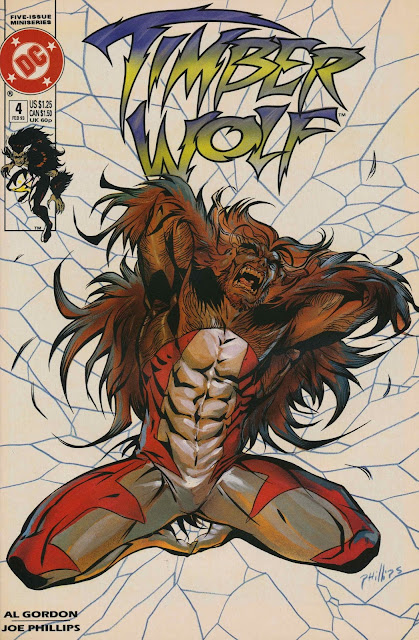 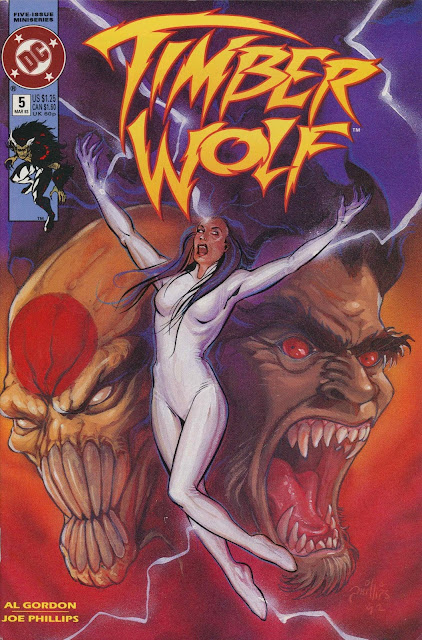