The Inland Printer
October 1925
page 114: Our Cover Designer
We asked Edward Gentle, designer of the cover for this volume of The Inland Printer, where he found the material for his design and just what style or period it represented. Mr. Gentle told us that back in 1914 he was browsing around in an old book store in New York, in search of material, when the old bookseller said to him: “Mr. Gentle, I have an old book lying around here that maybe you can get something out of.” with that he brought forth an old book, printed in Paris in the early nineteenth century. The book appears to be of the nature of a private edition, the title page containing the following:

In this book are illustrations of friezes, facades and various ornamentation of the French Renaissance period. It is from this rare old book that Mr. Gentle obtained his ideas. Mr. Gentle is a well known decorative illustrator of Chicago. Examples of his work appeared in the April issue of The Inland Printer.

The Italians in Chicago: A Study in Americanization
Giovanni Ermenegildo Schiavo
Italian American Publishing Company, 1928
page 97: Thirty-first Annual Exhibition by artists of Chicago and vicinity at the Art Institute of Chicago, February 5, to March 8, 1927:
…Edward Gentile, The Spirit of Culver. 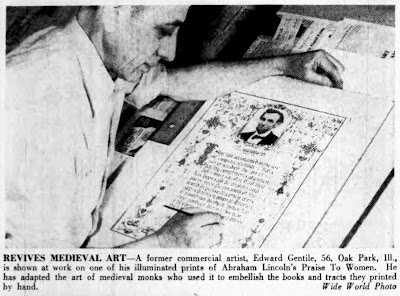 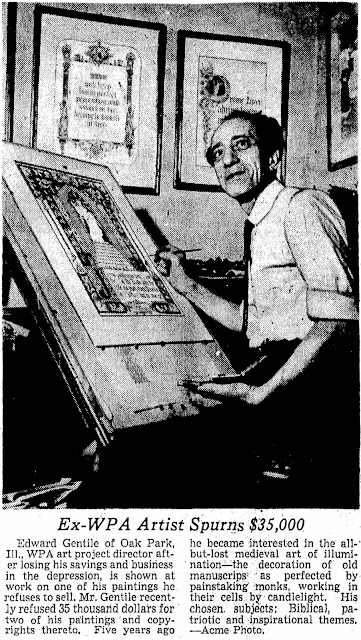 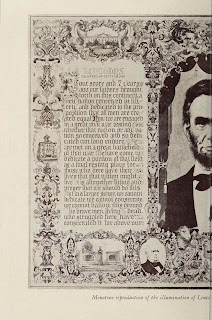 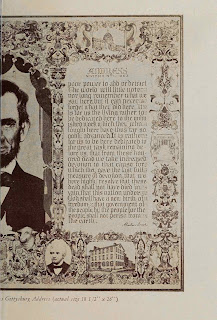