Marcel Duchamp’s “Nude Descending a Staircase, No. 2” was exhibited in the 1913 International Exhibition of Modern Art at New York City’s 69th Regiment Armory. Some of the art in the “Armory Show” was parodied by cartoonists. A parody of Duchamp’s painting, published in the New York Evening Sun on March 20, 1913, was J. F. Griswold’s “The Rude Descending a Staircase (Rush Hour at the Subway)”. Griswold’s illustration was part of the series “Seeing New York With a Cubist”. The previous day the Evening Sun published Griswold’s “A Spring Day on Fifth Avenue”. 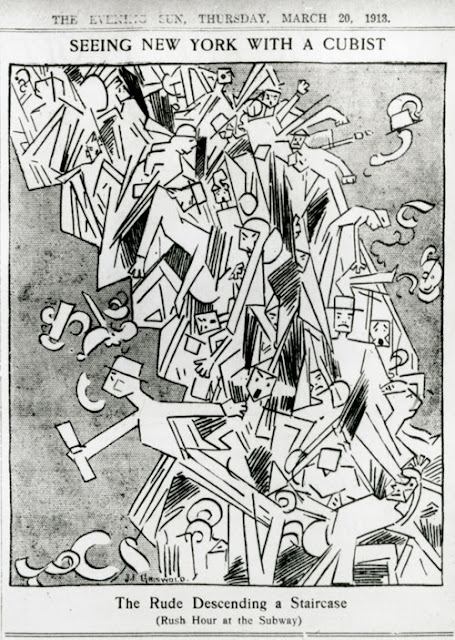 “The Rude Descending a Staircase” has been reproduced and referenced in numerous books, periodicals and websites but no one has identified who Griswold was. There was a cartoonist named Bert J. Griswold who was based in Fort Wayne, Indiana, but his style looks nothing like the two Evening Sun drawings signed J. F. Griswold. Circumstantial evidence in censuses, city directories and periodicals point to Julia Frances Griswold as the artist.

According to the 1900 census, the quintet lived in Madison, New Jersey at 38 Fairview Avenue. The birth month and year of each person were also recorded. The census said 1882 was the birth year for Griswold who was at school. Her mother and grandmother were unemployed; Ralph was a draftsman; and Chauncey, a cashier. They had a servant. 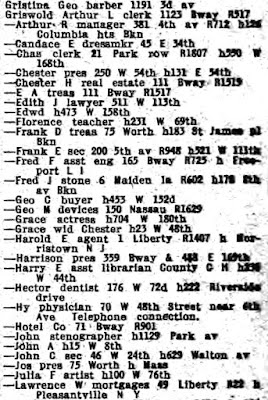 The Brooklyn Daily Eagle, May 15, 1912, published an article, “Idleness in Women Menace to Society”, that reported the happenings at the Central Evening High School for Women. Griswold and two others were judges of the costume design category and they chose three women for the roll of honor.

The Armory Show was in New York City from February 17 to March 15, 1913. Five days after the exhibition, Griswold’s “The Rude Descending a Staircase” was published. (Her cartoon was reprinted in The Literary Digest, April 19, 1913.) It’s a mystery as to how Griswold was chosen for the series “Seeing New York With a Cubist”.

Seven months after the exhibition, The New York Times, October 10, 1913, reported the names of appointed teachers in the evening, high, trade, and elementary schools. Griswold taught Design for Dressmaking at the Manhattan Trade School.

It’s not clear how and when Griswold met the Schneider sisters: Sophie the artist, and Frances the writer. They traveled together starting July 24, 1914 as recorded on their Emergency Passport Applications. Also notable is Griswold’s birth year on the application, 1882, that is a year later than the birth index date. At the time of the application, the trio stayed at Suttie’s Hotel, Bedford Park, London. 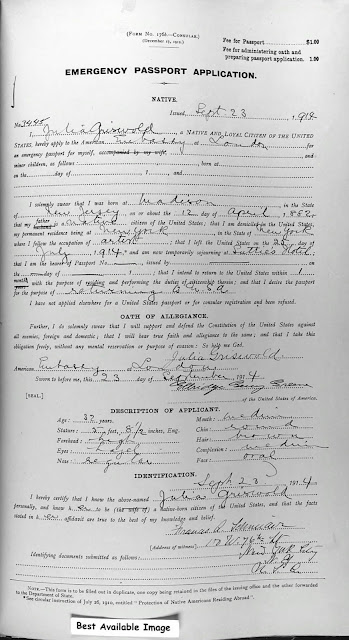 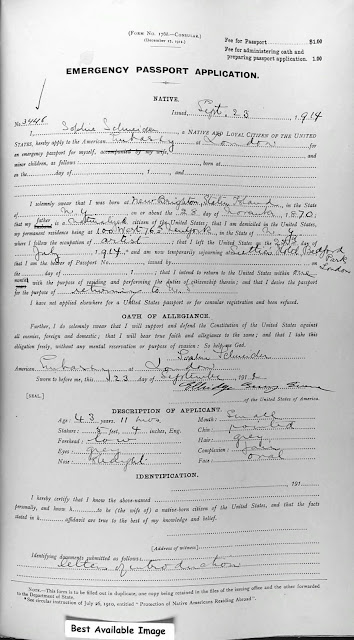 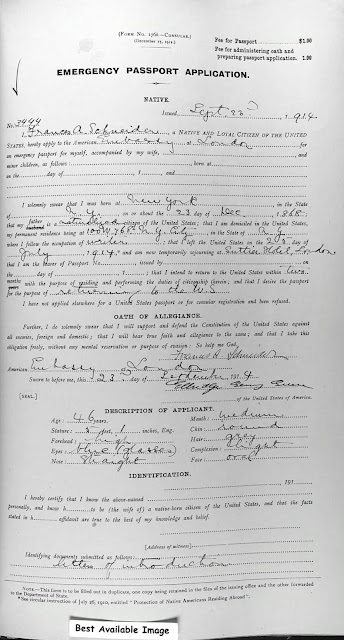 A passenger list, at Ancestry.com, had Griswold’s full name and said she departed Liverpool, England on October 7, 1914, and arrived in Philadelphia, Pennsylvania October 19. According to the passenger list, Griswold was an artist who was born in Madison, New Jersey and whose home address was 38 Fairview Avenue, Madison, New Jersey. The Schneider sisters were on the same ship and their address was 100 West 76 Street, Manhattan, New York City. 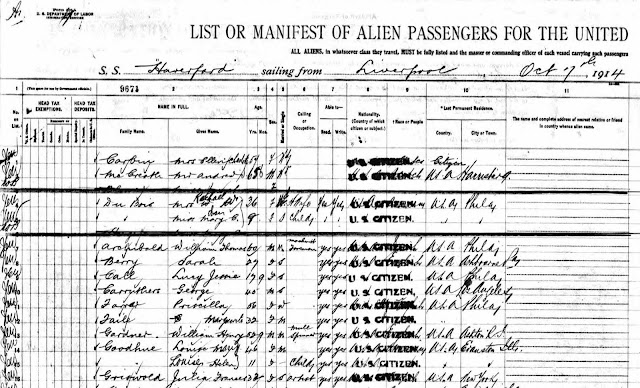 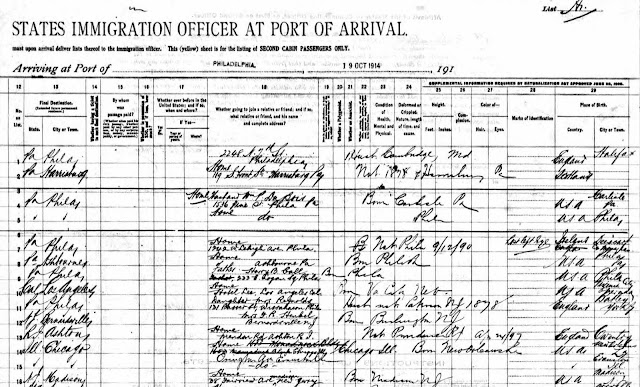 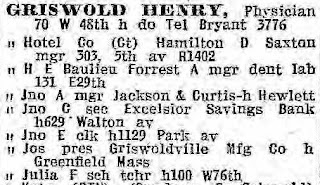 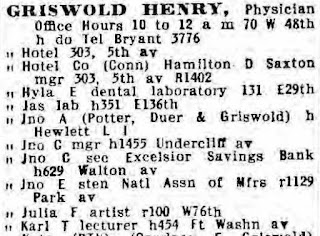 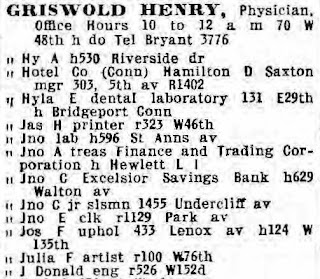 Griswold was at the same address in the 1920 census. She shared an apartment with four women. The head of the household was artist Sophie Schneider; Frances Schneider was a writer. Mary Smith did housework; and Dorothy H. Purinton was a commercial artist.

On December 23, 1922, Griswold and Thomas E. McCoy married in Manhattan according to the New York, New York, Marriage Index at Ancestry.com.

The 1925 New York state census listed Griswold (as Julia McCoy), her husband McCoy, an electrician, and Sophie Schneider in Manhattan at 423 West 23 Street.

The 1930 census said the trio resided in Manhattan at 439 West 21 Street and both women were commercial artists.

The New York, New York, Death Index recorded Thomas McCoy’s passing as December 3, 1946, in Manhattan. The status of Sophie Schneider is not known.


(Next post on Monday: Bierman Heidelberg & Co)
Posted by Alex Jay at 8:00 AM