Samuel H. “Sam” Marsh was on August 20 or 21, 1899, in Warsaw, Poland. The birth dates were recorded on several passenger lists when Marsh went overseas. Early census records said Marsh was born in Russia while later records named Poland. The New York Times, April 2, 1969, said he was born in Warsaw.

On May 5, 1906, Marsh, his mother, Helena and siblings Aron, Odessa and Benjamin, were aboard the S.S. Zeeland when it departed Antwerp, Belgium. They arrived in the port of New York City on May 15. The passenger list said they were Hebrew and were going to the home of Marsh’s father and maternal grandfather who resided at 7 Willett Street in New York City.

The 1910 U.S. Federal Census recorded Marsh, his parents and four siblings in Manhattan at 204 East 109 Street. His father had a plumbing business.

In the 1915 New York state census, the Marshes were Bronx residents at 1082 South Boulevard.

The Stamp Specialist Orange Book (1941) said Marsh was “educated in the public and High Schools of New York.  After service in the U.S. Navy, was employed by J. & R. Lamb, ecclesiastical art workers. Received first training in lettering and designing tombstones and procession crosses!” The Times said Marsh graduated from Stuyvesant High School and was offered a scholarship to the Columbia University School of Architecture. However, Marsh had to earn a living and found a job doing decorative lettering for tombstones.

1920 census said Marsh was an artist at a studio. He lived with his parent in the Bronx at 890 Forest Avenue. According to the Times, Marsh formed a studio, S.H. Marsh Associates, which became very successful.

Mamaroneck, New York was Marsh’s home in the 1930 census. He was married to Lenore, a Brooklyn native, and had a daughter. They lived on Bleecker Street and employed a maid. Marsh was a commercial artist in the lettering trade.

Edward Rondthaler mentioned Marsh in his book, Life with Letters—As They Turned Photogenic (1981), on pages 54 and 55.


1937–40
…Mr. Kohl, who held the purse strings at J. Walter Thompson, sent word that Photo-Lettering was not to add any more hand lettered styles. Flexible type was to be our province. We could keep the styles we already had but no new ones. Evidently Sam Marsh had persuaded him that the newcomers on Forty-fifth Street were getting out of hand and should be fenced in. We had no choice but to pull back for a while and hope the storm would blow over.

Much later in life I learned that it’s almost impossible to deny an enterprise the tools that enable it to prosper. Certainly you can’t do it artificially, and that’s what Mr. Kohl was trying to do. He was probably making a gesture in behalf of his friend Sam Marsh, but it’s rare that the power of a gesture from on high can match the determination of the little fellow way down the ladder fighting for his life. We all remember the vivid example of this in the Vietnam war. Big money and big firepower with halfhearted commitment was no match for little money and little firepower with big commitment.

Railroad Gothic finally gave us our chance to break Mr. Kohl's ban. Railroad needed a lowercase, it needed certain improvements in the caps, and it needed more weights and proportions. Any change on battered old Railroad Gothic could easily be passed off as no more than flexing type. At first we called our revision “Railroad” just in case Mr. Kohl flagged us down. But when nothing happened we threw caution to the wind and boldly renamed the new gothic in honor of our favorite telephone exchange—Murray Hill.

The stamp, designed by Sam Marsh, New York artist, represents the globe. The band encircling it with the quotation, expresses a thought voiced some 20 years ago by the late Jane Addams. Above and below is printed “Encircle the globe with thought.” 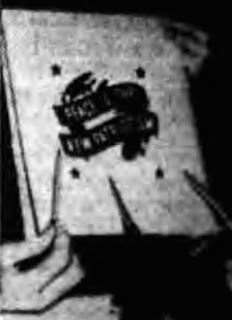 Marsh and his wife visited Mexico. They departed abroad the S.S. Yucatan from Vera Cruz, Mexico on November 6, 1935 and arrived in New York six days later. The following year, they visited South America. On November 11, 1936, the steamship Santa Inez departed Callao, Peru and arrived in the port of New York on the 24th. The passenger list said Marsh’s address was Taylor’s Land, Mamaroneck, New York. Marsh visited the Bahamas in 1939. He returned to New York on April 7. Marsh gave his business address, 420 Lexington Avenue, New York City, on the passenger list. Marsh returned from a trip to Jamaica on April 25, 1940, about two-and-a-half weeks before the 1940 census enumeration.

Marsh, his wife and two daughters, Ellen and Audrey, made their home in Rye, New York, as recorded in the 1940 census. Marsh operated a commercial studio.

The Stamp Specialist Orange Book published Paul F. Berdanier’s “Designs for U.S. Stamps” on how to improve the country’s postage stamp designs. Various methods of selecting designers were mentioned. Berdanier assembled twelve designers, including himself, to submit designs to the Post Office. Each designer, including Marsh, was profiled. 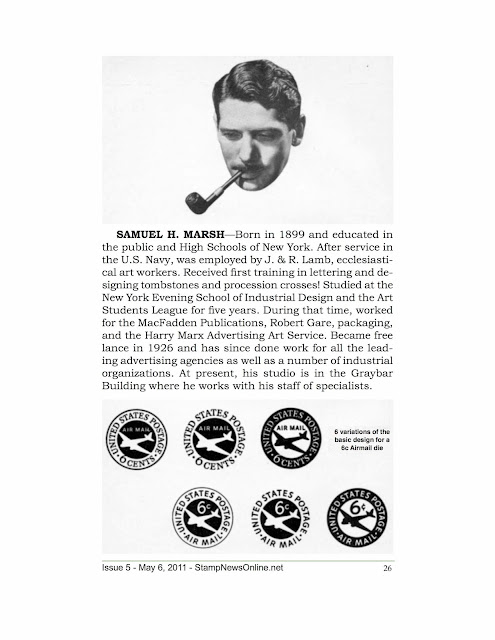 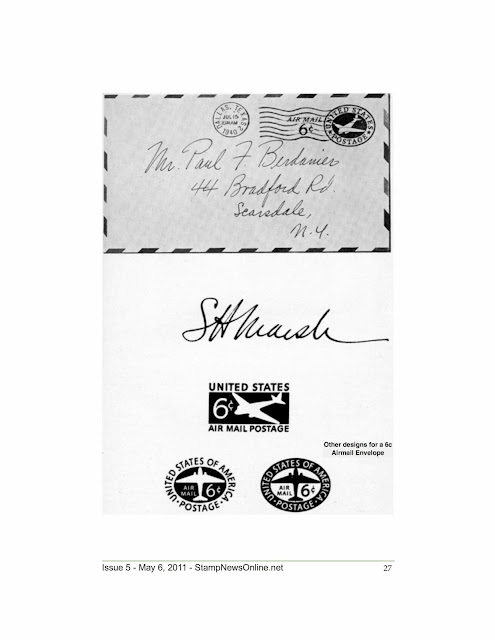 In the July 1941, and July and August, 1942, issues of the Journal we told about the movement inaugurated by a group of liberal artists to convince official Washington that there are superb designers in the United States other than Federal employees at the Bureau of Engraving and Printing and that the appearance of Uncle Sam’s postal paper could in their opinion be immeasurably improved if Washington would adapt some of the design-ideas proffered by such artists.

Proposed designs for the “United Nations” and “Four Freedoms”stamps were prepared by Mr. Helguera and Mr. Manship and the following: Gordon Aymer, Paul F. Berdanier, Warren Chapel, Andre Durencean, Alexander Kahn, Robert Riggs, Carl Setterberg, Paul Shively, Irwin Smith, Hugo Steiner-Prag (who designed many of Hungary’s stamps before he came to the United States), John Vicery, Edwin A. Wilson. Much of the lettering was done by Sam Marsh.

“A Crusade for for Better U.S. Postage Stamps” appeared in the March 1943 issue of American Artist. Many artists submitted designs, some of which were reproduced. 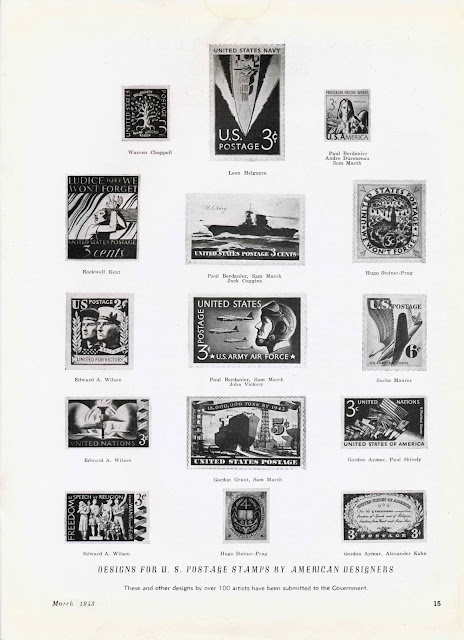 Four stamps with lettering by Marsh

The Times, May 8, 1945, said George Salter and Paul Standard assembled examples of modern lettering and calligraphy for an exhibition at the A-D Gallery in May 1945. Among the exhibitors were Arnold Bank, Warren Chappell, W.A. Dwiggins, Gustav Jensen, Marsh, William Metzig, Oscar Ogg, George Salter, Andrew Szoke and Tommy Thompson.

Stamp Specialist Orange Book said Marsh “has…done work for all the leading advertising agencies as well as a number of industrial organizations. At present, his studio is in the Graybar Building [420 Lexington Avenue] where he works with his staff of specialists.” The 1949 Official Directory, American Illustrators and Advertising Artists had this listing: “Sam Marsh Lettering, Package Design, 420 Lexington Ave. MU 3-3135 Trade-Marks New York 17, N. Y.” 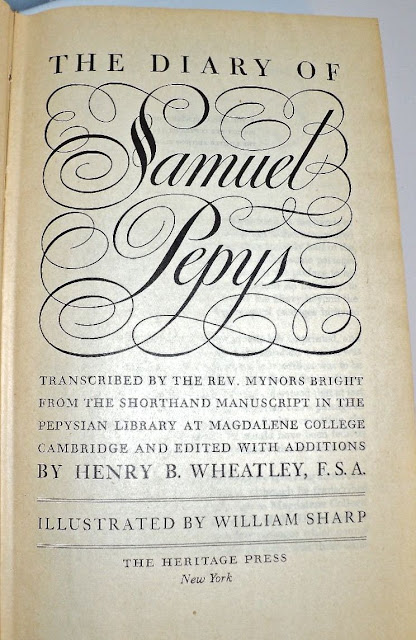 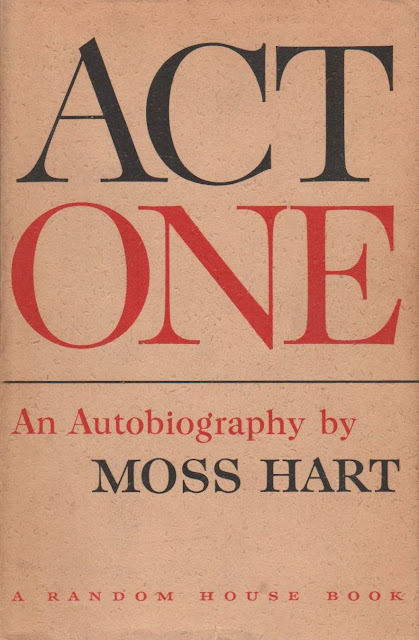 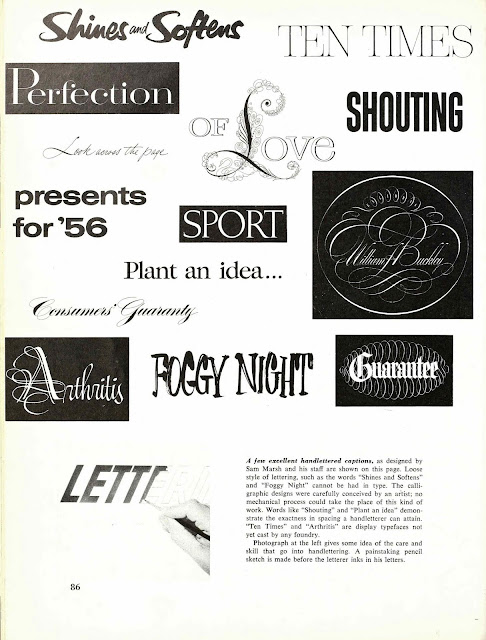 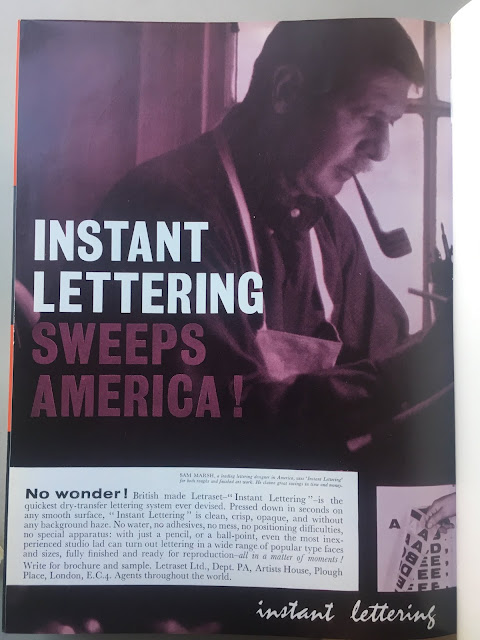 
Postage Stamps of the United States (1966) published the names of the designers, artists and letterers. Here are Marsh’s credits. 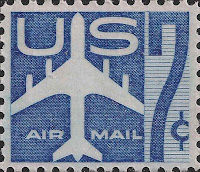 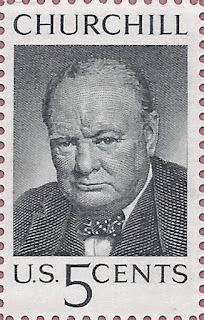 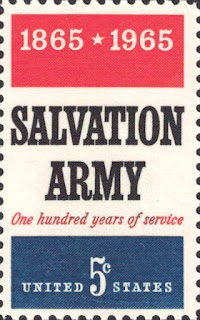 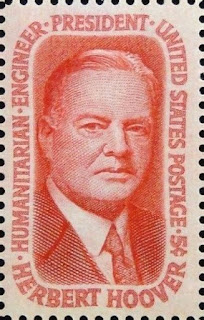 The Times said Marsh retired in 1967 and, about two years later, passed away March 31, 1969 at Mount Sinai Hospital in New York City. He lived at 70 West 10th Street and in Santa Fe, New Mexico.