The Hayden’s Ferry annual festival poster (below) was created in the Fall 1976 term at Arizona State University’s Graphic Design Workshop which was headed by instructors Tom Hall and Ray Varnbuhler. Detailed information about the workshop and samples of printed matter are here. A history of the Mill Avenue Merchants Association’s (MAMA) festival is here.

Tom Hall assigned the poster project to me. The poster specifications were 19 x 24 inches and printed in two colors.

Below is a the first concept sketch which was rendered in markers. The image area measured 10.5 by 14 inches. The logo lettering was based on the wood type fonts French Clarendon and Egyptian Ornamented from the book, Wood Type Alphabets: 100 Fonts (1977). The illustration was a street scene filled with people and Mill Avenue storefronts. In the sky was the sun. At the bottom was a panel for the names of the merchants. 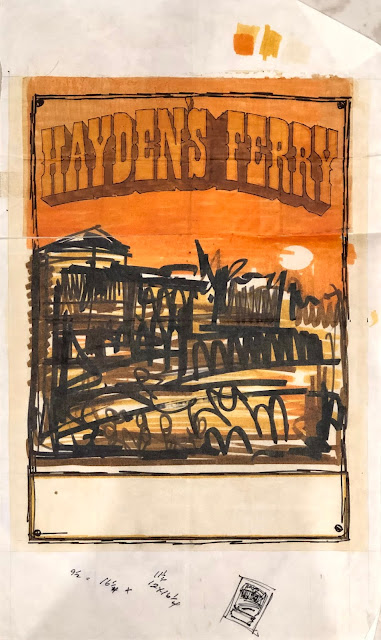 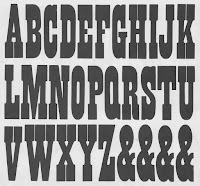 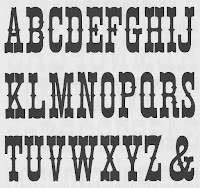 In the second concept the logo was loosely based on the font Cheltenham. Below it was a ribbon to be filled with information about the fair. The illustration showed more detail of the street scene plus the addition of a hot-air balloon. The bottom panel had a rendering of the type treatment for MAMA. The image measured 19 by 24 inches. 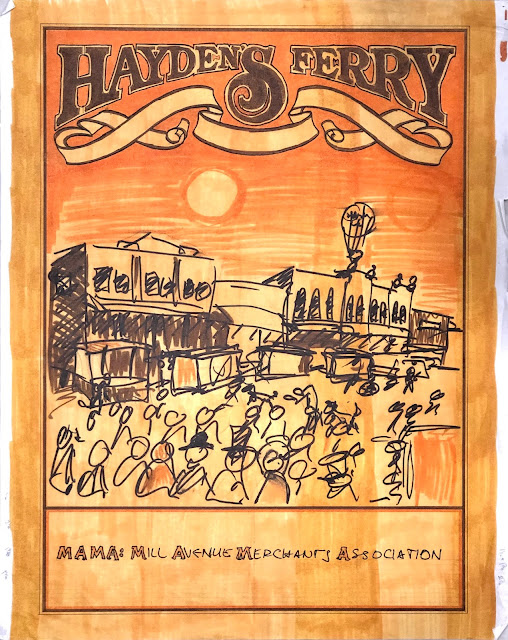 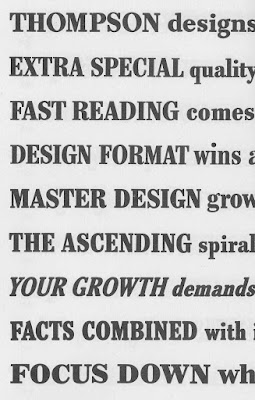 These two concept sketches were presented at a regularly scheduled class where progress reports were made by workshop members on their assignments. I stated my preference for the second concept. And I asked for help with the illustration. Dave Redding volunteered.

A photostat was made of the logo and pasted on the back of the original art which was inadvertently trimmed. (The image area is 4.1875 by 14.5 inches.) The Cooper Black font was used for “7TH ANNUAL” and pasted to the ribbon (below).

At some point MAMA representatives approved the design and the poster went into production. The lettering, illustration and type were pasted on a large board which was known, in the trade, as a mechanical. An overlay gave color instructions to the printer. Black and orange inks were used on the goldenrod paper stock. I don’t recall the printer but it was done locally, possibly at Temple Daily News or Little Wonder Press. 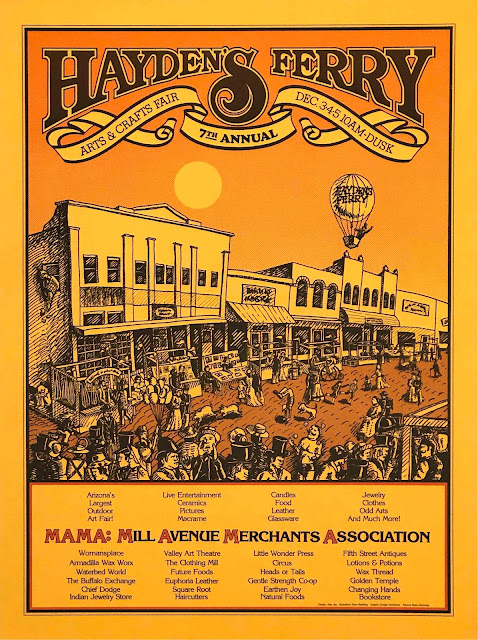 Fonts from the ITC Korinna family were used for the bottom panel. 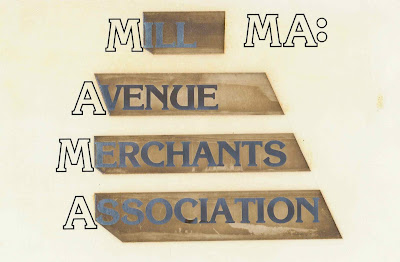 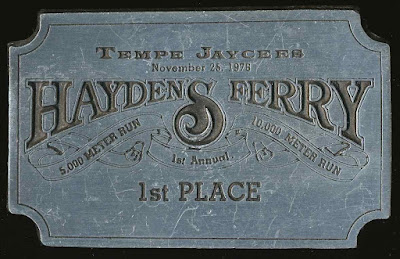 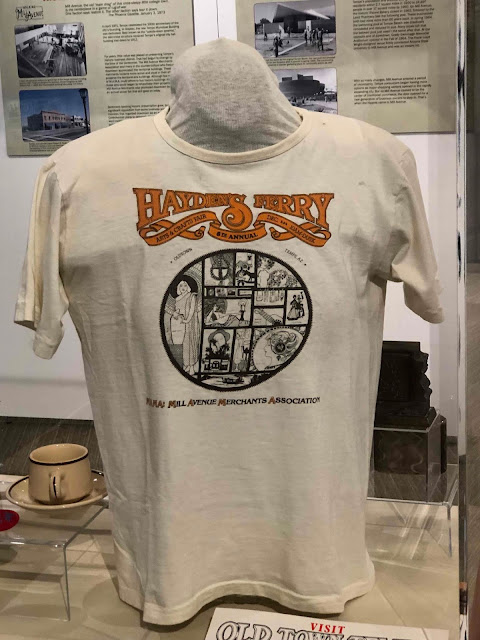 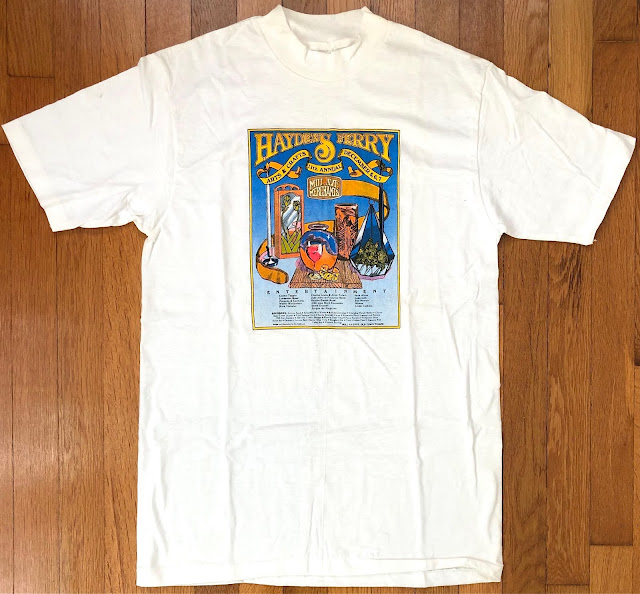 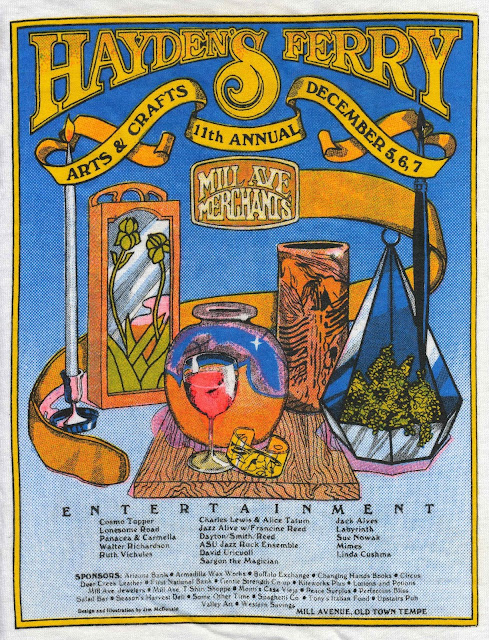 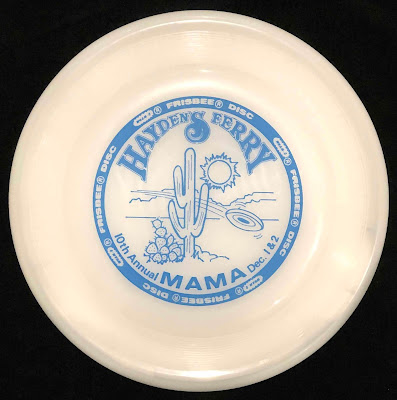