Kunen Publishing Company Issues First Book
A publishing firm, the Kunen Publishing Company, has issued its first book, a juvenile, and is making plans for other books next year. The firm is a partnership of two veterans of the Army Air Corps, Charles W. Alexander and Alfred E. Kunen. Their first book is a toy book called “Playtime Speller,” which is spiral bound in heavy boards and has six removable, inlaid puzzles. Under the pieces of each puzzle is a short story for the child of 3 to 7. The book retails for $1.50. Distribution to date has been limited to stores in New York City, and selling elsewhere will begin in earnest in the spring.
A story book for the 3 to 6 age group is planned for spring publication. The publishers want to concentrate on juveniles and hope to keep their prices to one dollar.
The firm has recently moved to 1933 Mott Avenue, Far Rockaway, Long Island. The telephone number is MU 2-5792.

Playtime Reader had a December 9, 1946 copyright date and might have been released for the Christmas season. The spiral-bound, oblong book measures 10.5625 by 7.9375 inches or 26.83 by 20.16 centimeters. When the puzzle pieces are removed, a story is revealed. I believe the title page is missing in my copy below. 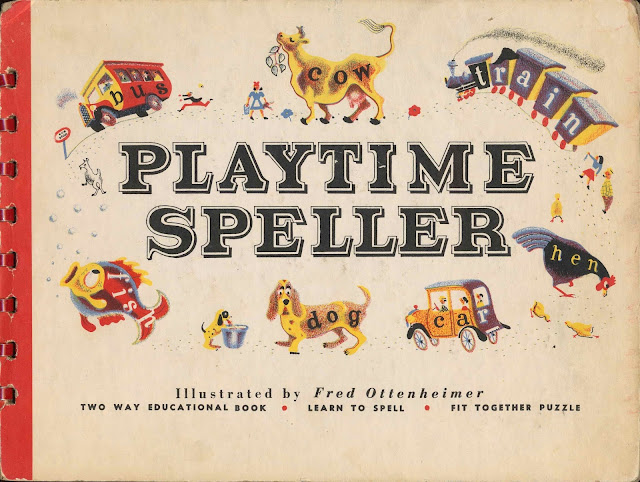 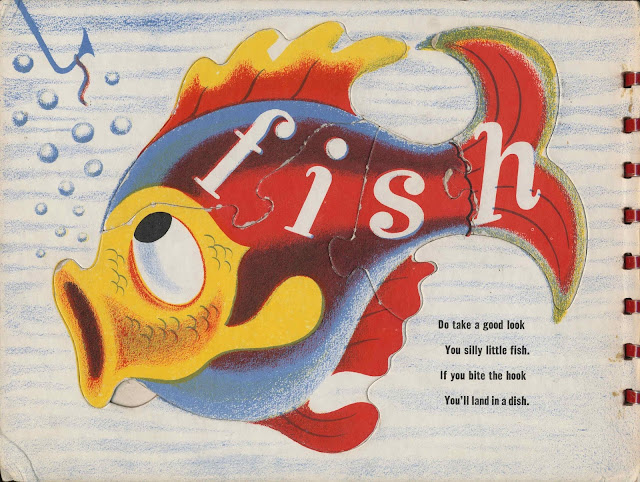 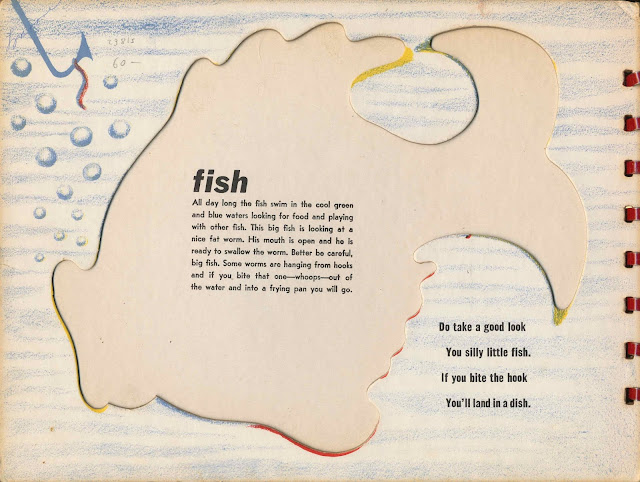 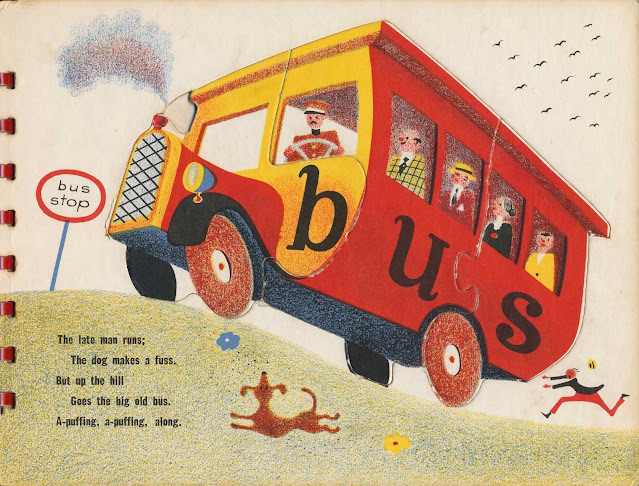 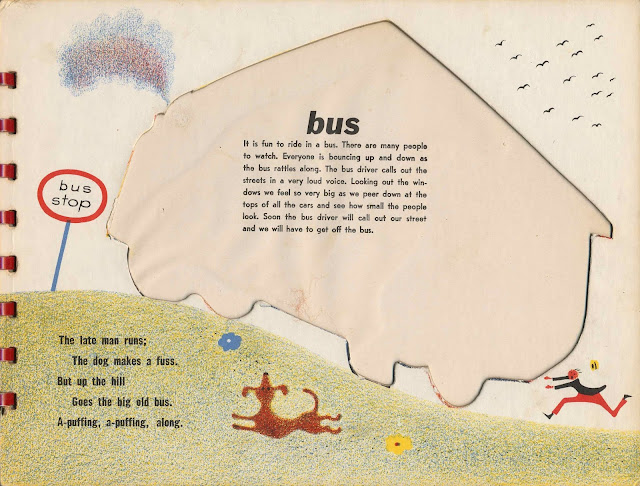 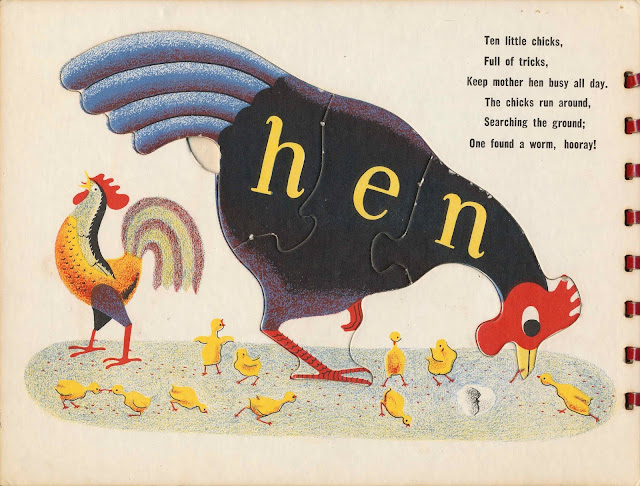 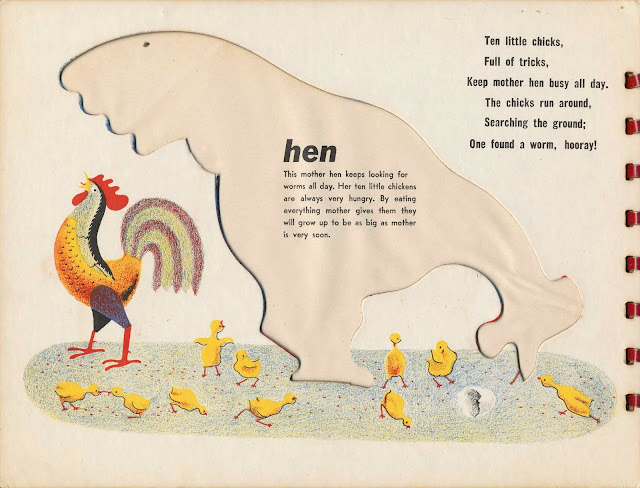 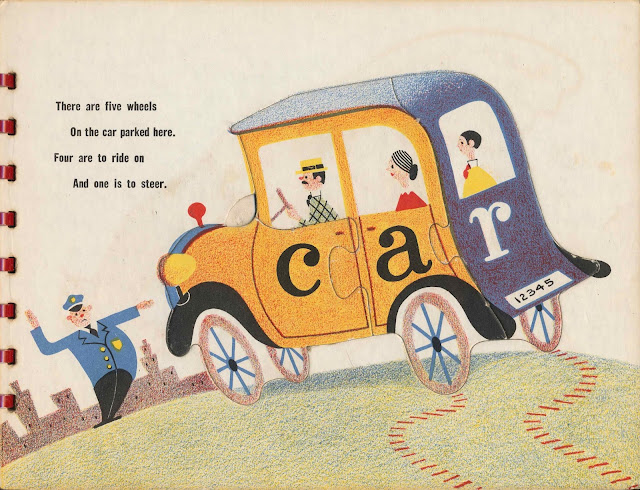 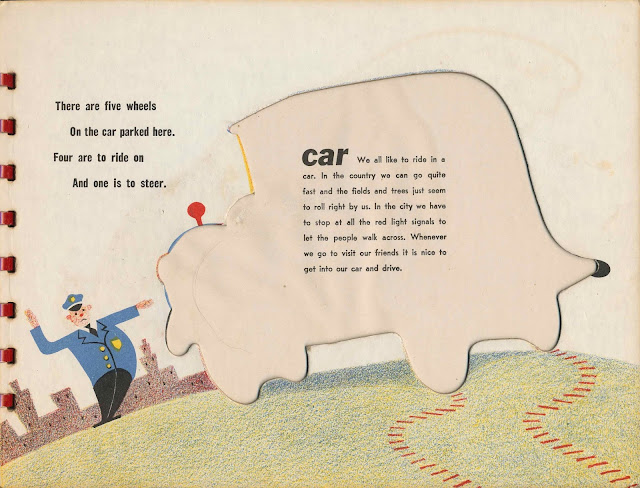 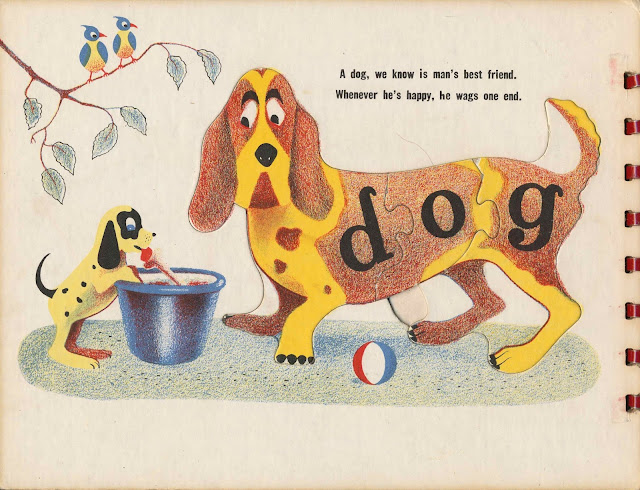 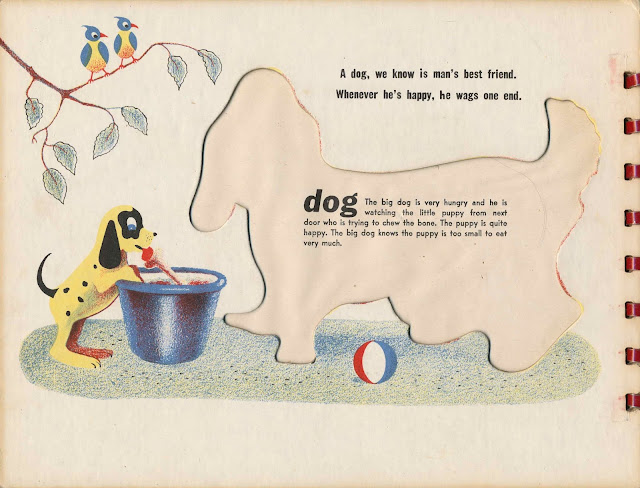 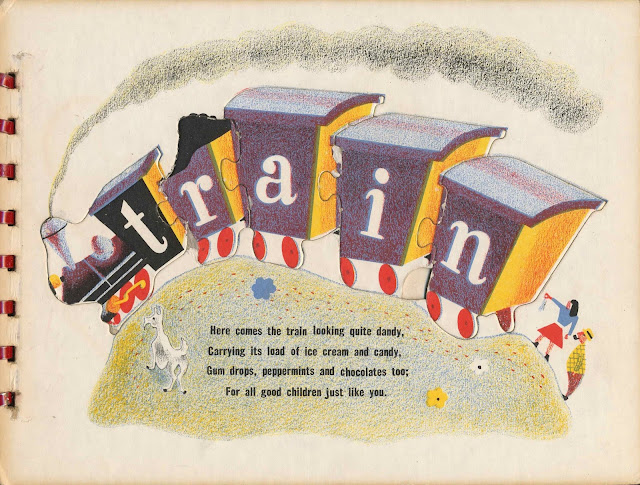 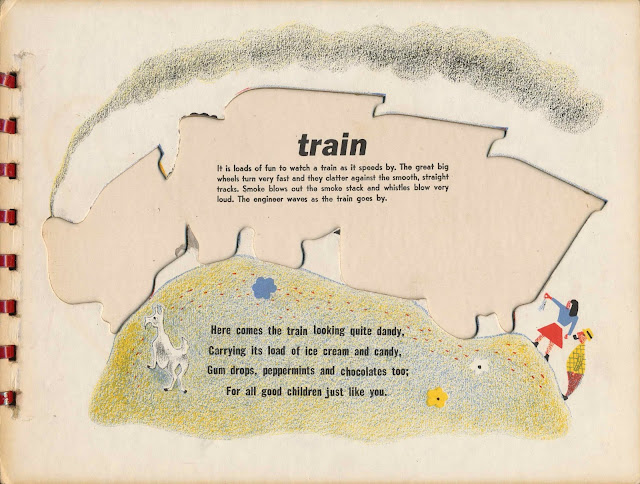 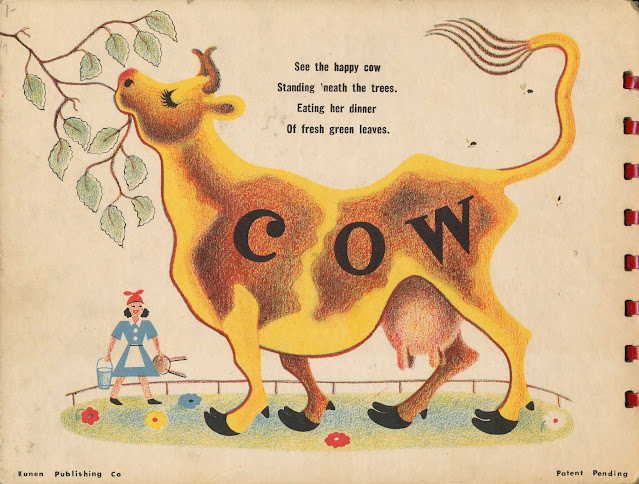 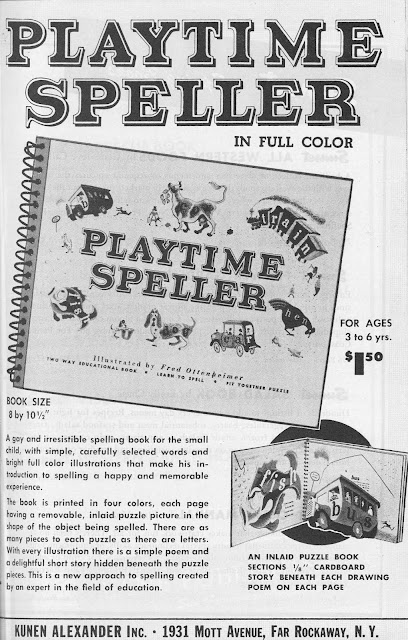 In the same issue was this item.

Change in Name
Far Rockaway, N.Y.—Kunen Publishing Company has changed its name to Kunen & Alexander, Inc. and will specialize in juveniles. The address is 1931 Mott Avenue, and the telephone number is Far Rockaway 7-8419.

Also in the same issue was the Spring Book Index which had this listing.

According to their World War II draft cards, Kunen and Alexander lived in Far Rockaway, New York so they may have known each other. One connection is clear: their wives were sisters. Kunen married Gloria F. Landau on May 29, 1942. Alexander married Rhoda Landau on June 16, 1944.
The 1943 Cleveland, Ohio, city directory listed Kunen and his wife at 4923 Bader Avenue. His occupation was engineer. Alexander was employed at the Department of Parks before his military service. Why they chose to enter publishing is not known. How they met Fred Ottenheimer, who illustrated the first and second books, is a mystery.
The second book was published by Kunen Publishers, Inc. in 1948. Alexander’s name was dropped from the firm’s name for reasons unknown. The company moved from Far Rockaway. The 1948 New York, New York city directory listed “Kunen Alfred E” at 17 East 42nd Street, in Manhattan. The listings included Kunen Engineering Company and Herbert K. Kunen, both with the same address and telephone number as Alfred. Herbert, the oldest of three brothers, was an engineer who, before the war, was employed at the Anemostat Corporation of America, which published his A Treatise on Acoustics in Air Conditioned Enclosures in 1939. George Kunen was a lawyer who worked at a different location. Presumably the two brothers shared the same office, with Herbert managing the engineering projects and Alfred handling the publishing. Another person might be connected to the Kunen brothers and Alexander.
In the 1948 directory Florence Bibo Alexander was a literary agent at the same address as the Kunens but with a different telephone number. She was at the same location in the 1945 and 1946 directories. The New York Times, December 3, 1993, said

... Mrs. Alexander began her career in publishing in Philadelphia and later moved to Manhattan, where she entered the advertising business. She later set up her own agency, which represented artists and cartoonists. ...

Florence E. Bibo married Joseph Alexander on August 6, 1927 in Brooklyn, New York. He was a salesman. It’s not clear if he was related to Charles Alexander. Florence was also a writer who wrote at least three children’s books in 1945: I Knew a Kangaroo Named Sue! How About You?, Once a Leopard Saw His Spots, and Nancy and Jane: A Dress-Up Doll Story. The Big Game Hunter was published in 1947 and Jolly Jingles in 1949. Florence’s main business was an artist representative. Two prominent illustrators she represented were Tomie DePaola and Gail Gibbons.
Florence had an established business at 17 East 42nd Street. It seems more than a coincidence that the Kunen brothers moved to the same place. If there was a business relationship between them it remained a secret.
In 1949 three more Playtime titles were published. Each book had a title page and series list. 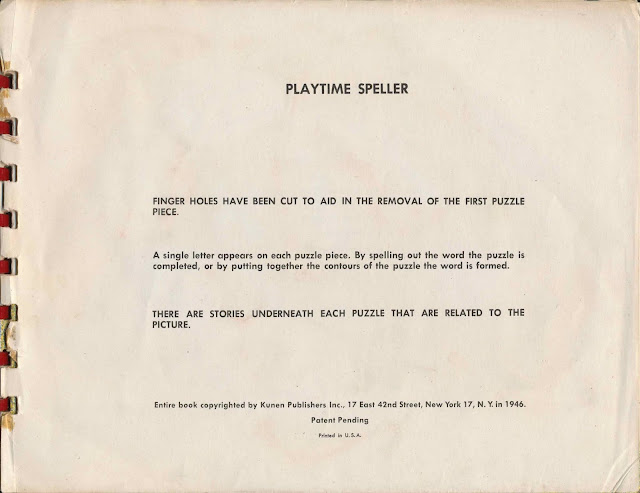 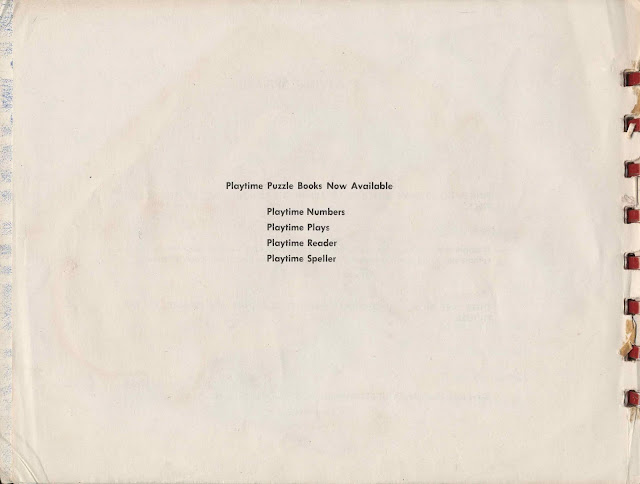 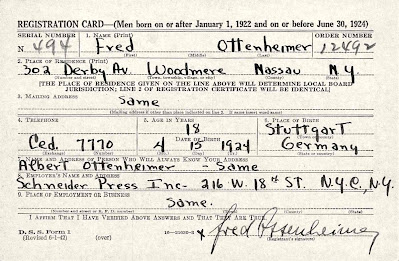 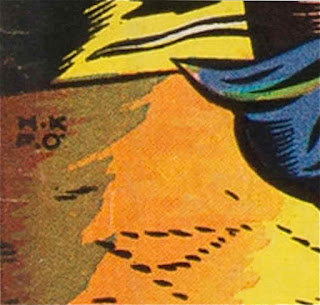 This issue had a Magno story by Kurtzman and a Lash Lightning story by Ottenheimer who signed his initials. 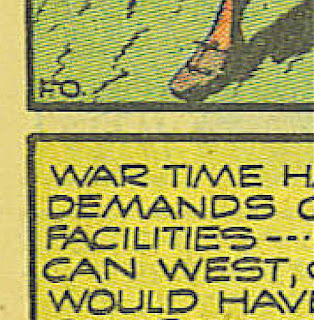 (Special thanks to Jake Oster for pointing out Ottenheimer and Kurtzman’s work for Ferstadt.)
Ottenheimer enlisted in the Army on March 15, 1943. He was a commercial artist who had four years of high school (in another country). Information about his art training has not been found. Ottenheimer was in the infantry and served in the Persian Gulf and European Theater. His veteran’s file, at Ancestry.com, said he was discharged from the Army on December 15, 1945. 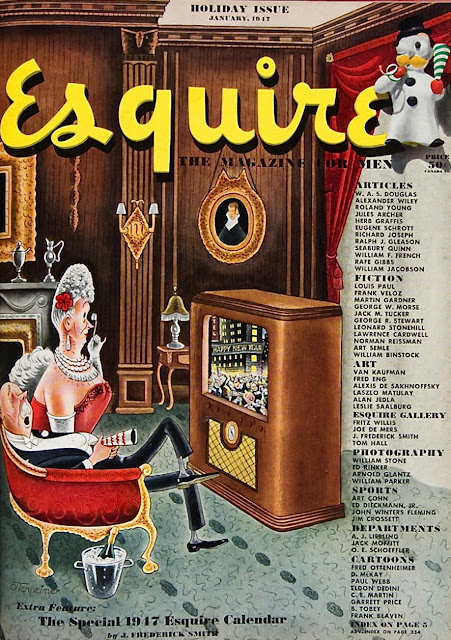 Ottenheimer looked for work at book and magazine publishers. He did the cover art for Esquire, January 1947 (above). Ottenheimer illustrated four books for Kunen from 1946 to 1949.
A few years after the war, Ottenheimer and Kurtzman worked together. Bill Schelly, in his book, Harvey Kurtzman: The Man Who Created Mad and Revolutionized Humor in America (2015), said

... Fred Ottenheimer, a young artist and designer, agreed to take Kurtzman in, probably for about $25 a month, so he carted his drawing board on the train into Manhattan, ready to start his career in earnest. ... 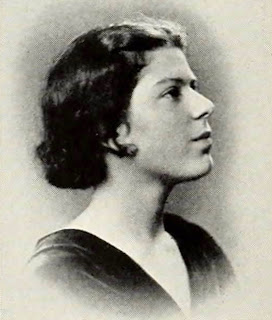 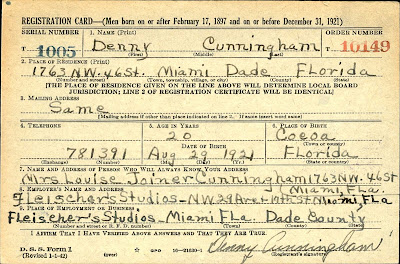