A few days later, Marie called and said Jean-Marc wanted to use design number one. The “OE” ligature in Moebius was to be split into separate letters.


I enlarged the sketch and drew red guide lines for the width, height and weight of the letters. 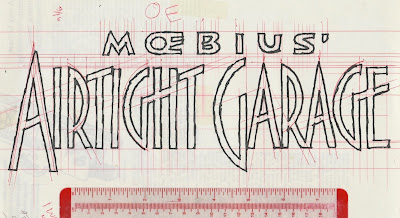 In the word “AIRTIGHT”, the “GH” also contains the “GE” combination. When I finished inking “GARA”, I repositioned the paper and aligned “GARA” with “GE” and completed the inking. 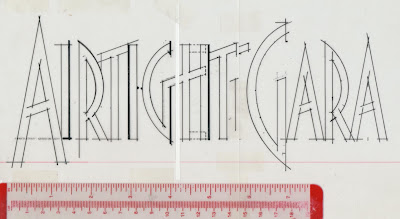 Photocopies of the finished “Airtight Garage” with various shadow effects, which were faxed to Marie.

Final logo art was done on LetraMax 2000 paper, and delivered August 31, 1992. The hairline between the “I” and “R” is a cut-line; the spacing between the letters was tightened. 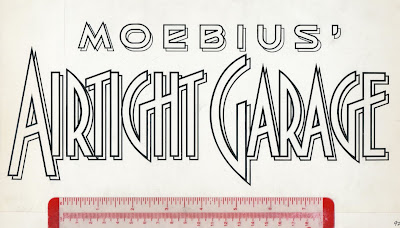 Faxes of four cover images but only two were used; the printed covers for issues one through three; issue four can be viewed at the Grand Comics Database. 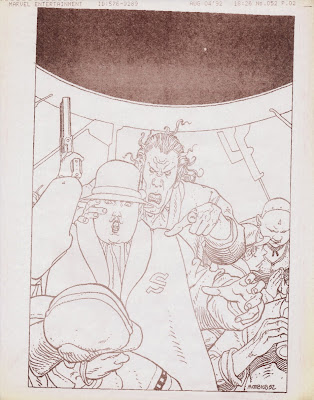 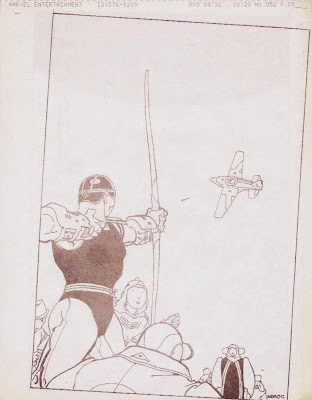 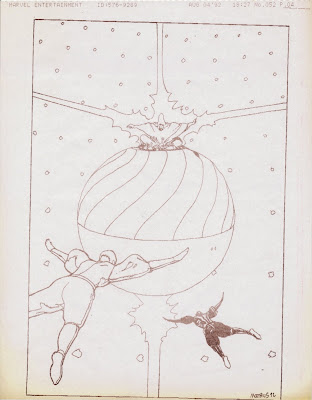 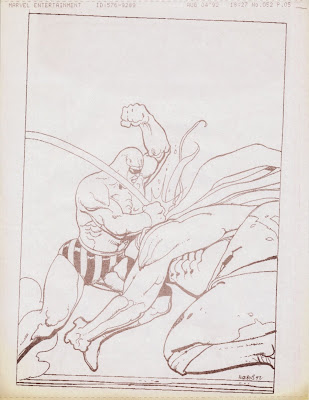 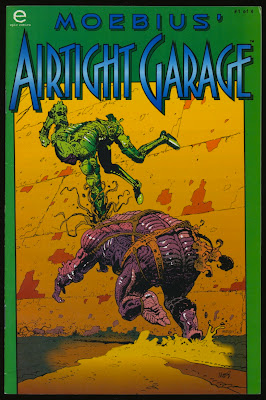 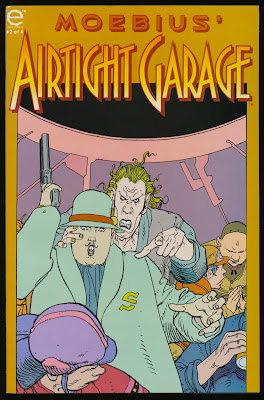 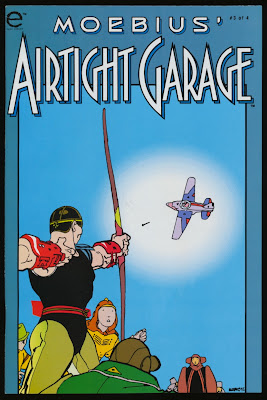 You can read more about Marie here; her comic book credits are at the Grand Comics Database. Jean Giraud aka Moebius passed away March 10, 2012.