Anatomy of a Logo: The Ring of the Nibelung, Part 1

On August 3, 1989, I had a meeting at DC Comics with editor Andy Helfer and designer Curtis King to discuss a logo for the four-part mini-series, The Ring of the Nibelung, a graphic novel adaptation of Richard Wagner's opera by Roy Thomas and Gil Kane. In the title, “The Ring” was to be larger than “of the Nibelung”. We decided on blackletter for the logo and a circular design for the cover.


Back at my studio, I did a couple of preliminary sketches, then looked at some type catalogues for a font. Initially I settled on Wilhelm Klingspor Gotisch and Goudy Text. On one sketch I made a note to look at Bradley, which I used in an earlier project. 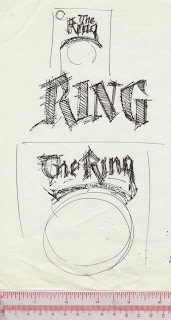 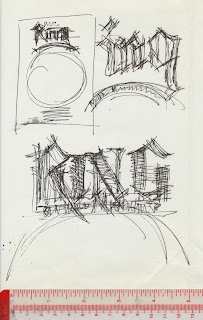 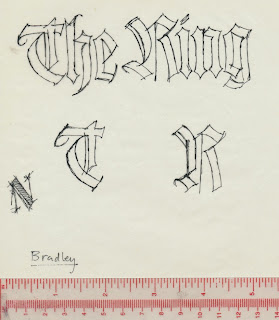 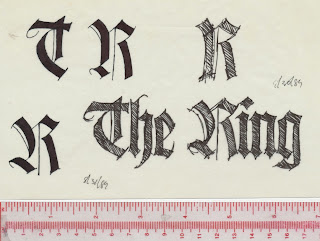 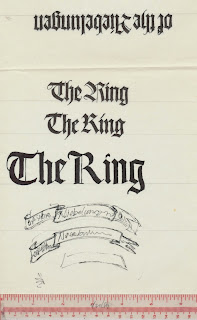 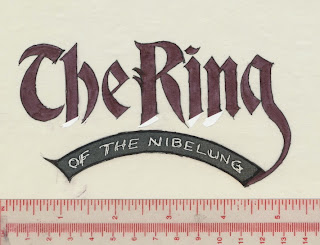 I few days later I received fax of the cover design, which had the diameter of the circle, positions of the DC bullet in the upper lefthand corner and the subtitle and credits. The squiggly lines represent background art.

I assembled six versions of the logo: four with the Wilhelm Klingspor Gotisch and Goudy Text fonts, and two with Bradley. These designs were faxed to Keith Wilson. 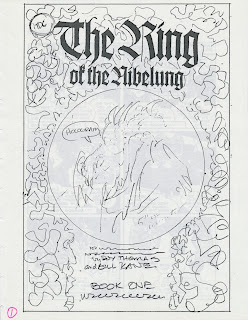 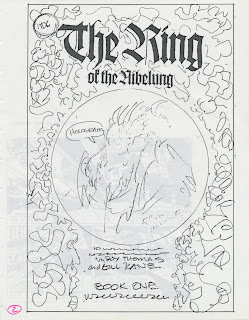 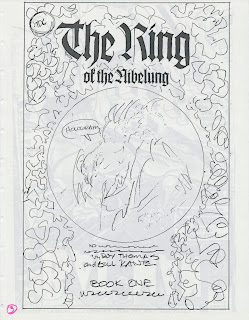 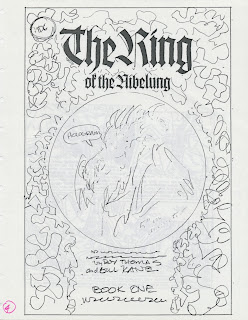 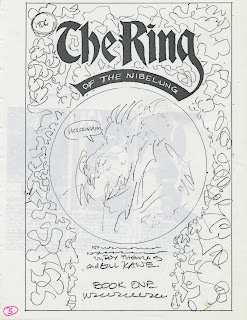 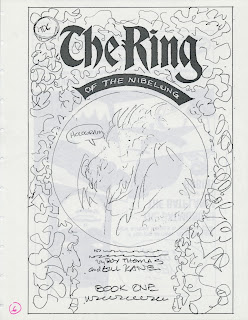 A few days later, Keith relayed comments from Andy and Curtis. Bradley was the preferred font, and the whole title should be on an arc. I sketched the logo with a modified “T”, which was based on the Wilhelm Klingspor Gotisch version. There were two versions of the “R”. The “G” was altered to connect to the curved bar. The dot on the “I” was changed, too. Finally, I drew a bold version of the logo. 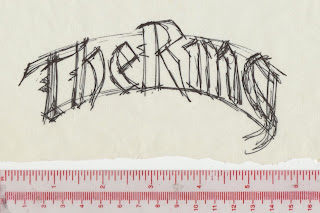 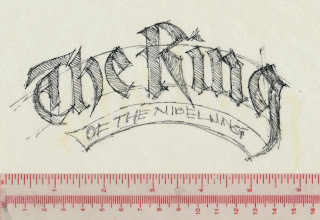 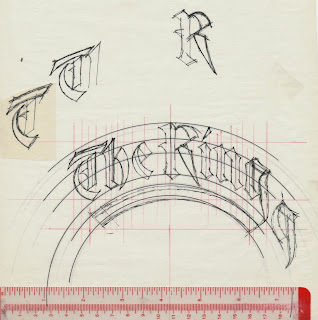 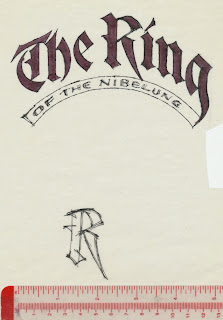 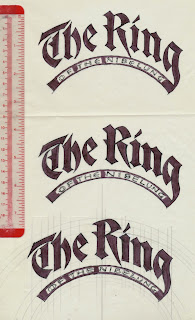 On August 31, I faxed three designs to Keith. 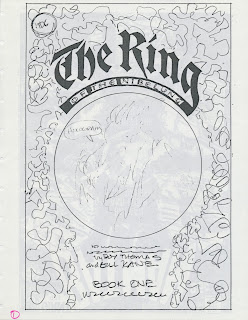 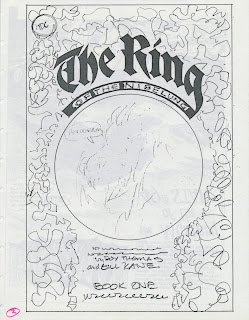 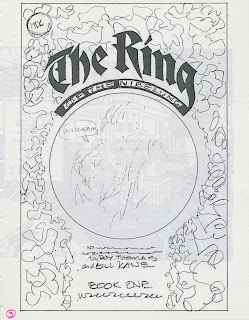 (Tomorrow: Part 2. Currently, the Metropolitan Opera is in the middle of its three Ring cycles; Neal Adams illustration for the 1990 Ring of the Nibelung)
Posted by Alex Jay at 8:00 AM