Anatomy of a Logo: Uncanny Origins

Uncanny Origins was a logo commissioned by Mark Gruenwald of Marvel Comics.
I began work on April 6, 1996. Below is a sheet with three thumbnail sketches. 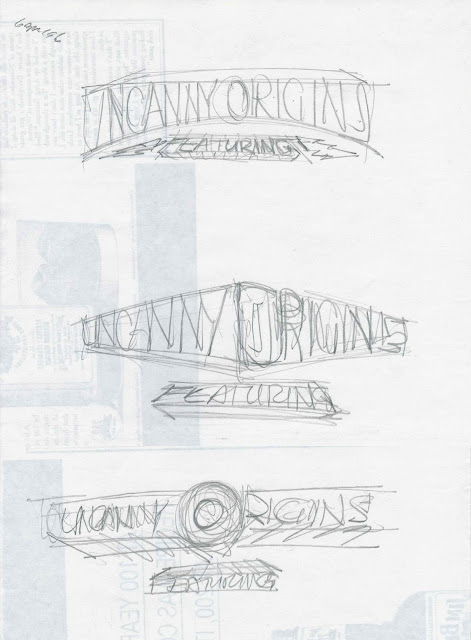 The designs were developed and refined.

Tight pencil renderings of the designs were faxed to Mark. 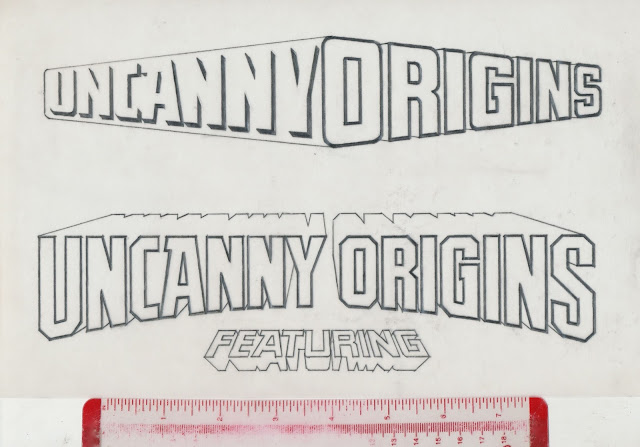 Mark chose a design. Minor changes were made to
some of the letters while “Featuring” was expanded.

Mark approved the logo and wanted “Featuring” to be smaller.

Finished artwork was made on LetraMax paper.
My version of “Featuring” was not used. 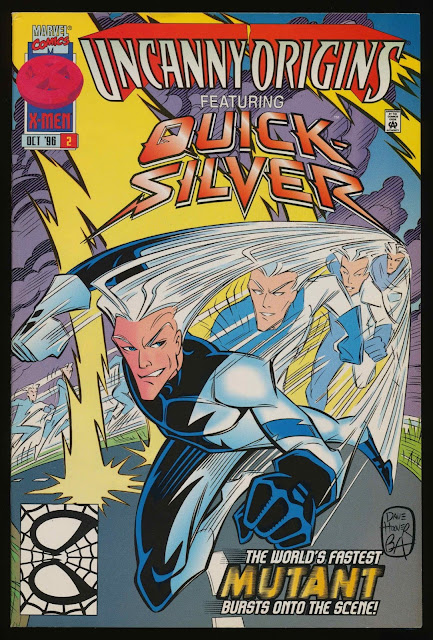 My Quicksilver logo design is here.

(Next post on Monday: Standard Oil Bulletin Artists, Part 1)
Posted by Alex Jay at 8:00 AM