In the late 1970s I rented a table at Continuity Associates, 9 East 48th Street, New York City. Several months later a room was offered to me and I took it. The elevator stopped at the third floor and the door opened to the reception desk. To the right were rooms for Neal Adams and his assistants, the photostat camera and copier, an Art-O-Graph and the library.

To the left were several rooms. The first room was usually occupied by three people which included, over time, Jack Abel, James Sherman, Jean Izzo and others. The coffee machine was to the left of the door. Cary Bates occupied the next room, followed by Carl Potts. Next was my room which measured 6 by 13 feet (1.8 by 4 meters) and, I was told, was once occupied by Greg Theakston and served, for a while, as a library. Larry Hama’s room was next, and the last space was used by Mike Hinge. Across from Hama’s room was a five-foot or more vertical light box built by Hinge.

Before I moved in I glued cork panels to south wall. Hinge told me where to purchase the panels. The shelving was four metal posts and twelve brackets, spray-painted black, that were from my father’s supermarket. My uncle showed me how to laminate the shelves. The red and yellow crates were used to store various projects. The white cabinet and drawers came a Danish furniture store in Sunnyside. 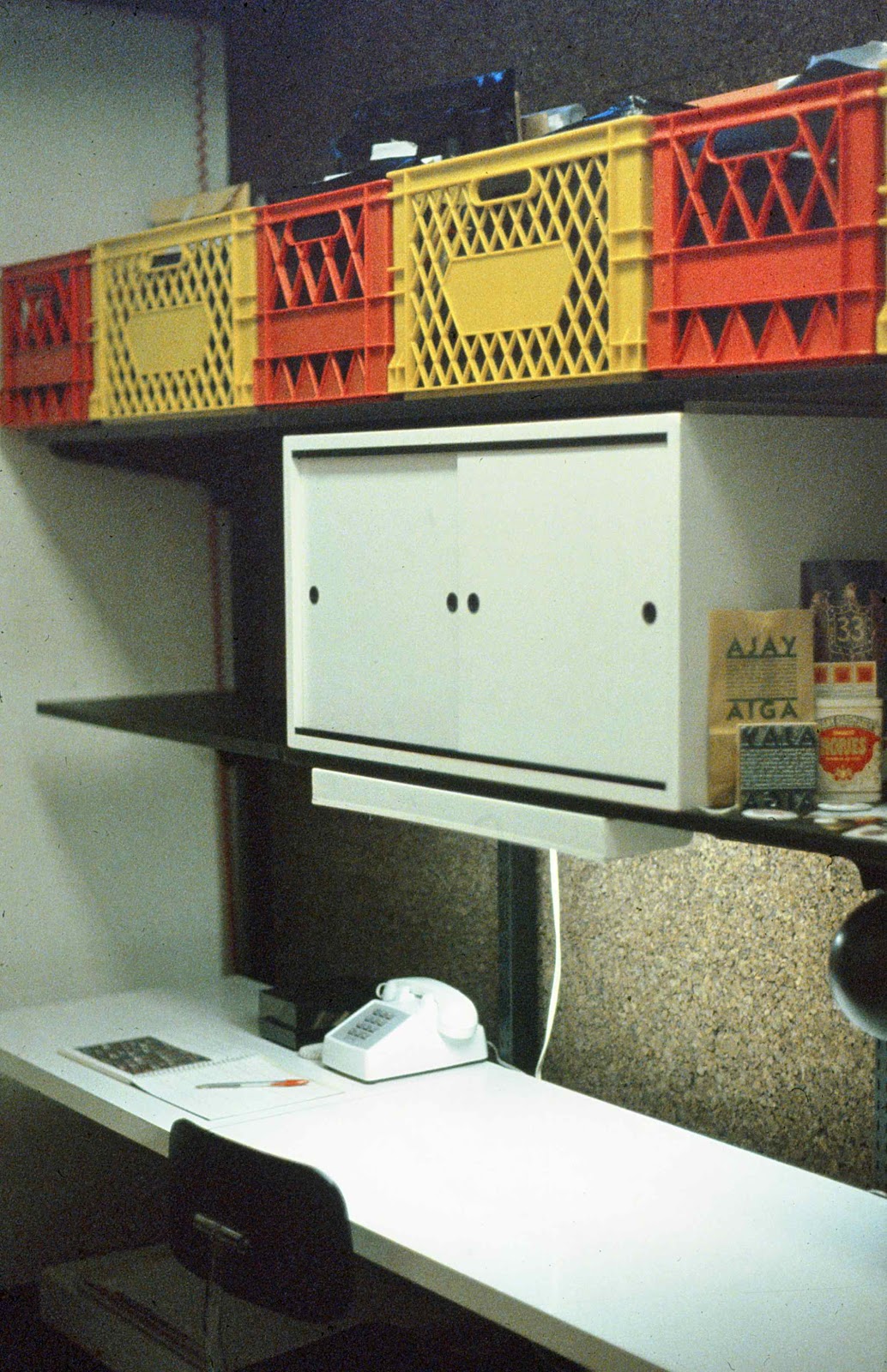 The blue light, in the photo below, is from a fluorescent light on top of the air duct which was painted black. 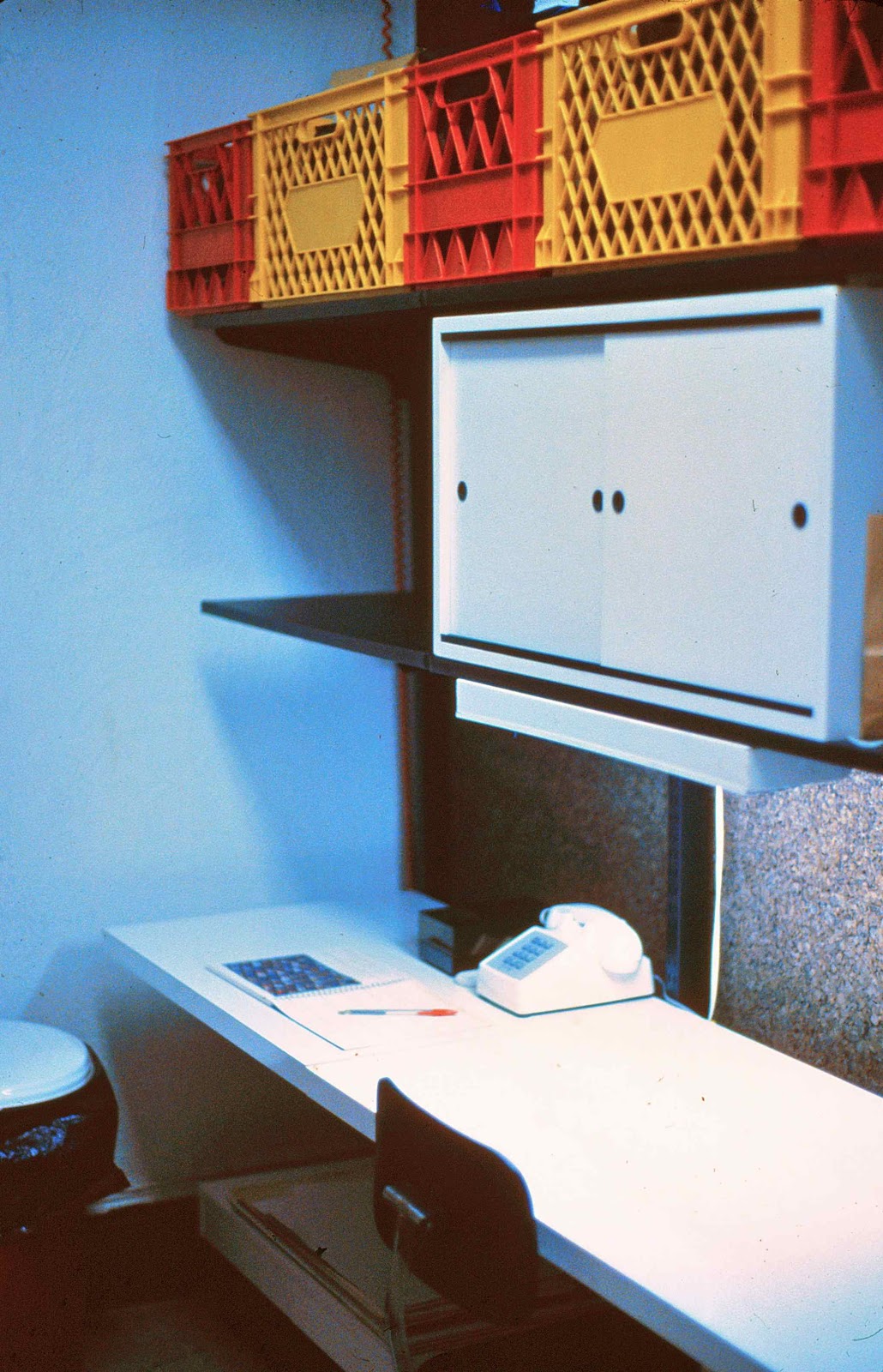 My drawing board was a piece of frosted plexiglass on top of an adjustable stand. The light unit was removable. I could place it under the plexiglass to make a “light box”. 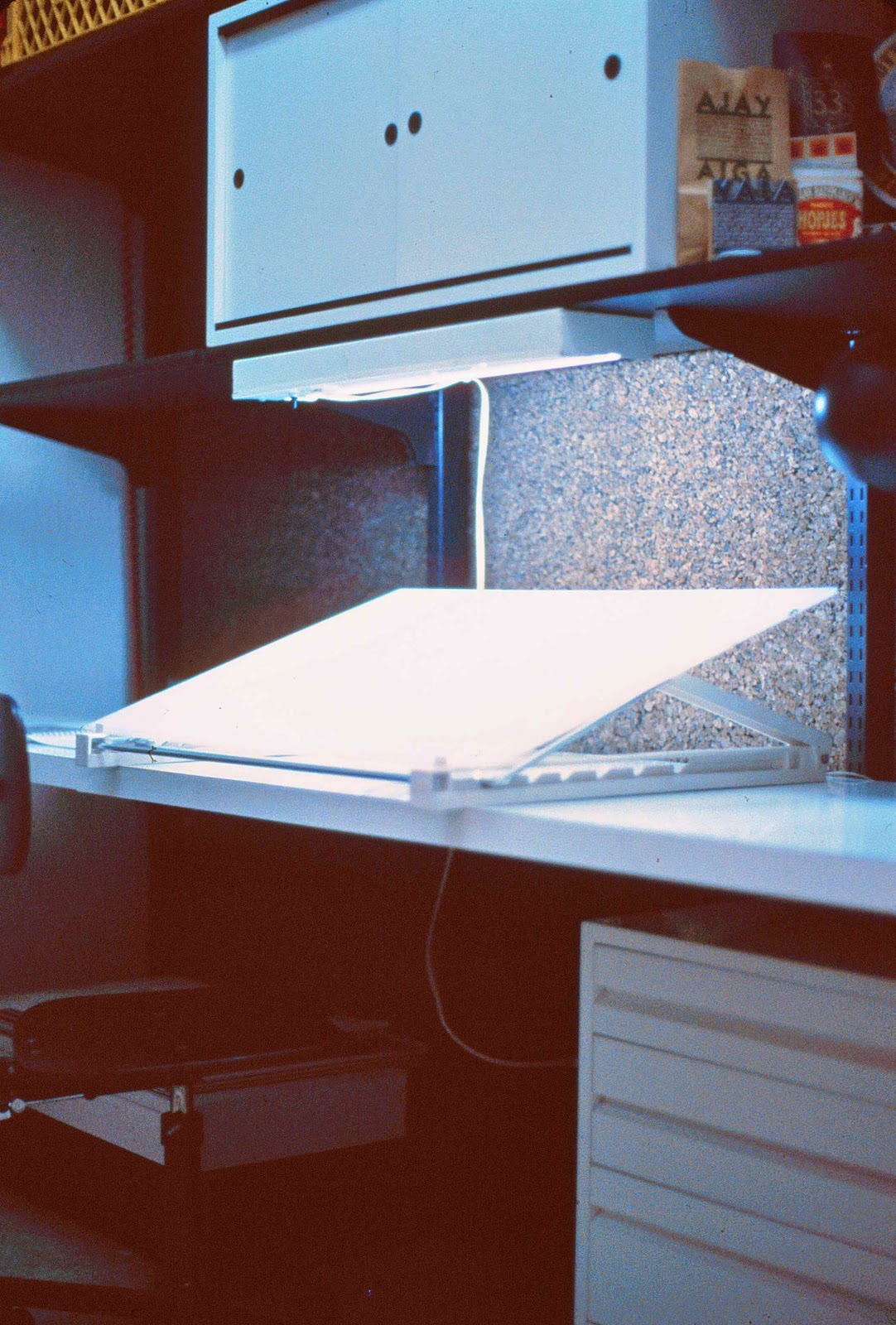 The lamp was found on the street. I cleaned it up and painted it black. The shelf has a number of graphics and objects. 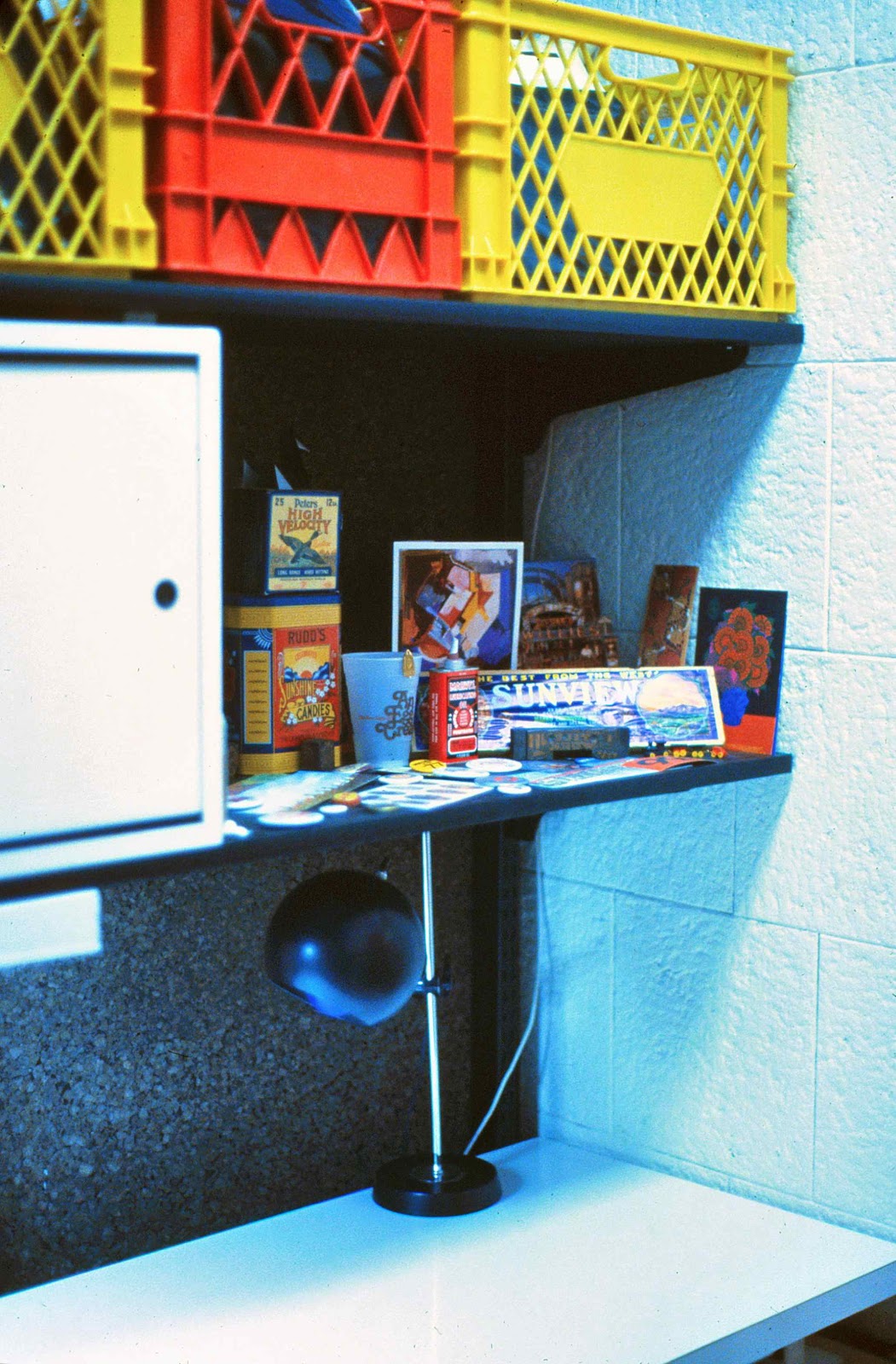 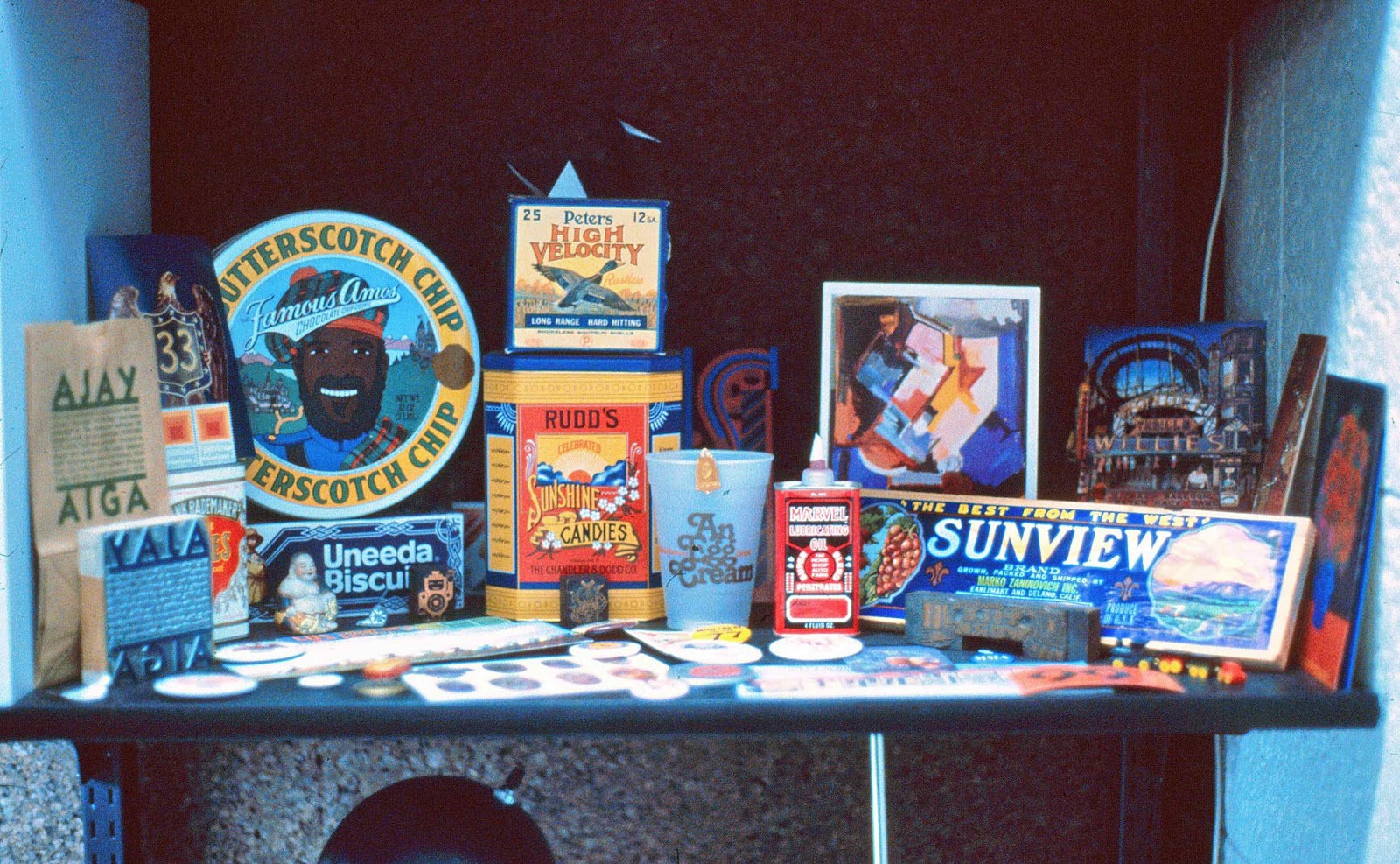 Most of the time the regular overhead light was off and I used the blue fluorescent light. 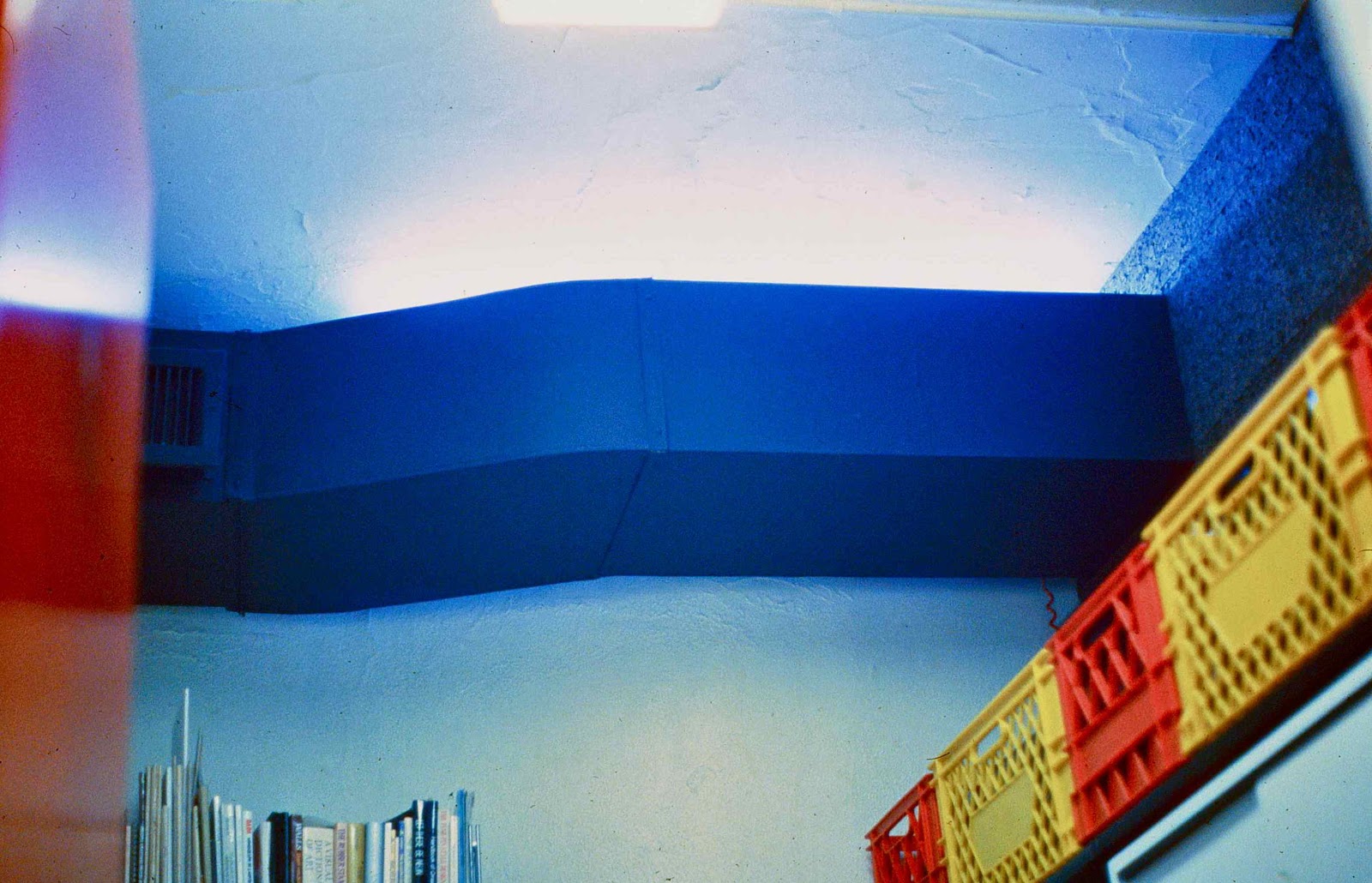 Filing cabinet was found on the street, cleaned up and painted black. On top of the cabinet are large envelopes with artwork, prints and other things for various assignments. Next to the cabinet is a Metro-Wire shelf unit with my library. 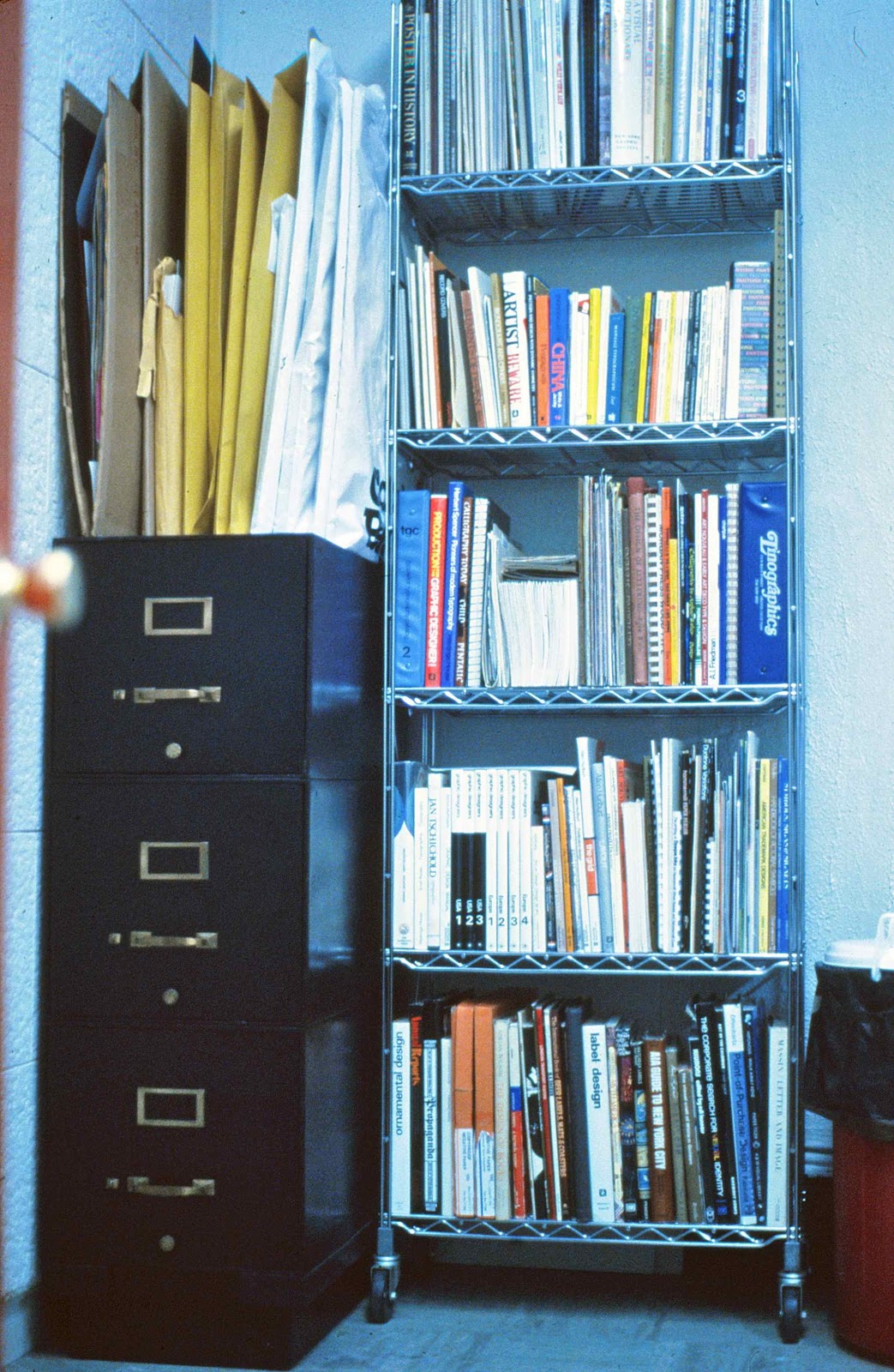 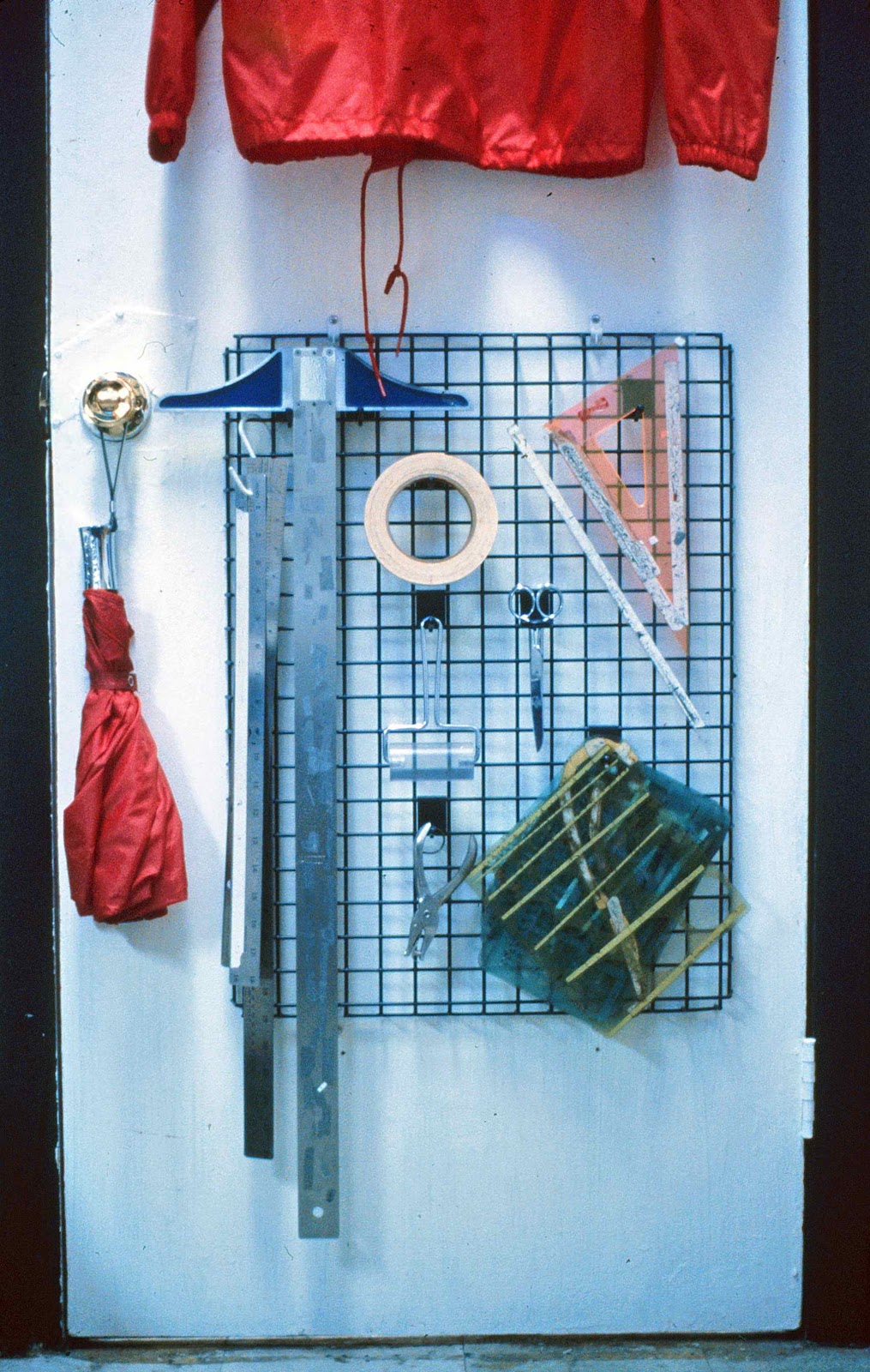