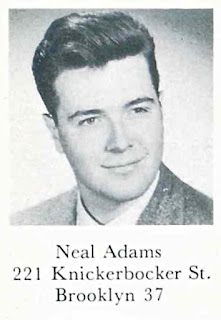 1959 Kaleidoscope yearbook
of the School of Industrial Art
Neal Edward Adams was born on June 15, 1941, in New York City. The New York, New York, Birth Index, at Ancestry.com, listed a “Neal E Adams” born on June 15, 1941 in Manhattan. Wikipedia said he was born on Governor’s Island. Adams’ sister, Lynne F. Adams was born on May 9, 1943 on Governor’s Island. Their parents were Frank W. Adams and Lillian Rose Barry who obtained a marriage license on August 30, 1940 in the Bronx. The New York Times, May 4, 2022, said “His mother, Lillian, ran a boardinghouse. His father, Frank, who was largely absent, was a writer for the military.”
Adams grew up in a military family who lived at various east coast locations including the Bronx and Lancaster, Pennsylvania. At some point the family moved to occupied Germany. Adams said his father was an army sergeant. The Jerusalem Post said Adams recalled being nine years old when he watched newsreel footage of World War II concentration camps. In the Times, August 6, 2008, Adams said he was ten when he saw the footage. Where the Adams family was stationed is not known at this time. Below are maps of occupied Germany from Forging the Shield: U.S. Army in the Cold War 1951–1962 (2015). 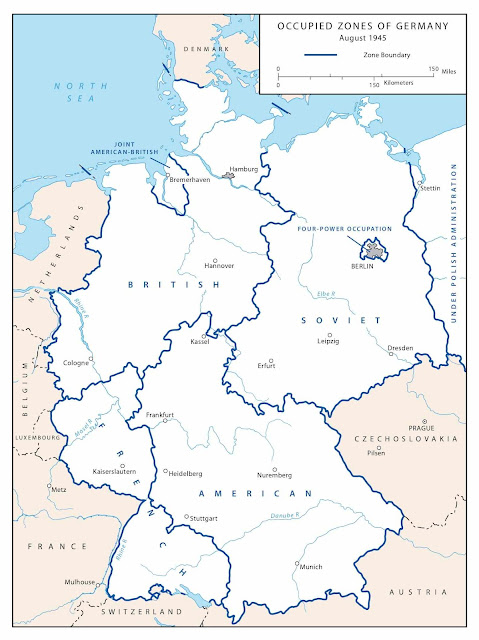 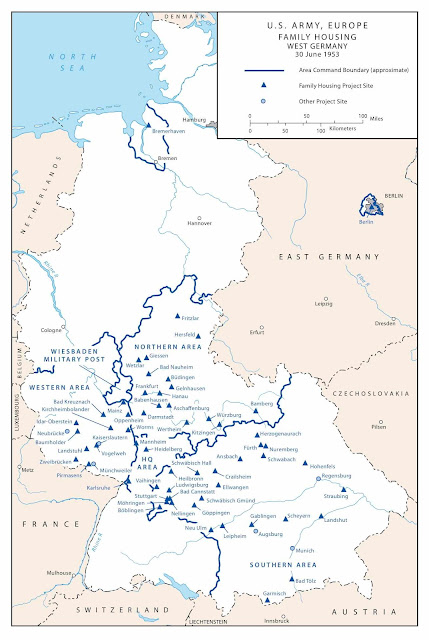 In an interview conducted by Howard Chaykin, Adams recalled some of the comic strips, comic books, radio programs, television shows and movies of his childhood.
On October 22, 1953, Adams, his mother and sister sailed aboard the USNS General Alexander M. Patch from Bremerhaven, Germany. They arrived at the port of New York on October 31. 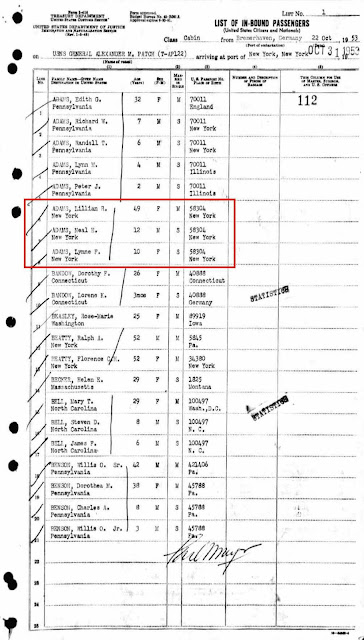 Brooklynite Adams attended the School of Industrial Art (SIA) where he studied cartooning. The instructor was Charles Allen. Allen was a gag cartoonist who contributed to Colin Allen’s What a Family. Adams talked about his time at SIA in Cartoonist Profiles #12, December 1971. 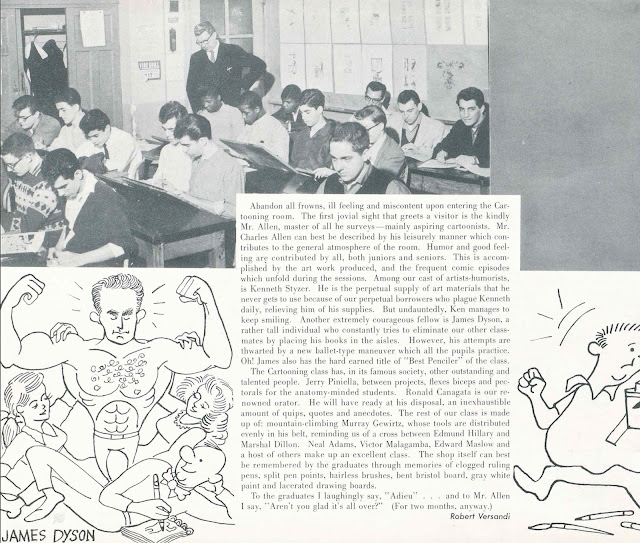 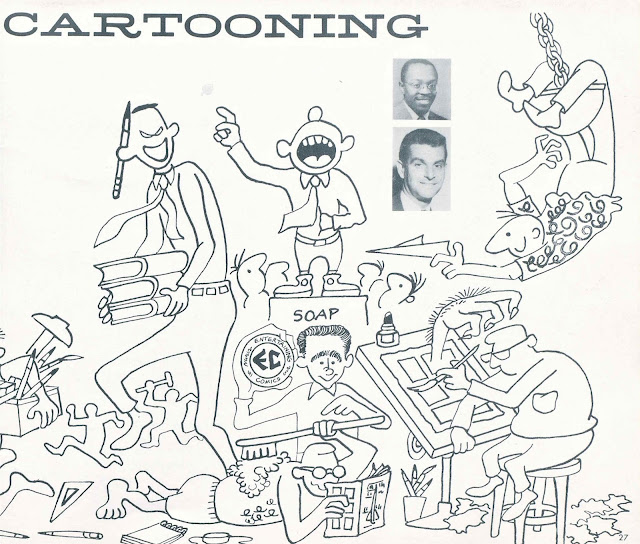 Adams graduated in 1959 and looked for work at DC and Archie Comics.
SIDEBAR: Neal Adams’ Mother and Sister
Lillian Adams passed away on February 15, 1997 in Troy, New York.
Lynne Adams Smith passed away on April 4, 2011. Her obituary appeared in the Troy Record, April 6.

Lynne F. Adams, 67, of the Kennedy Towers, died on April 4, 2011. Born on Governor's Island, NY, a daughter of the late Frank W. and Lillian Rose Barry Adams, she was wife of the late Harold Smith. Lynne grew up in Germany and resided in Queens, NY for many years. She moved to this area in 1990 to care for her ailing mother. She was a driver for the Star and Strand Company in Troy and she enjoyed playing bingo, sewing and being with family and friends. She was the mother of Ted, Al, Mark and Scott Smith, Lee and Teresa Adams; sister of Neal Adams and grandmother of ten grandchildren. Funeral service at the Parker Bros. Memorial, 2013 Broadway, Watervliet on Friday at 12 noon with visiting from 11 am until the time of the service. Burial will follow in St. Peter’s Cemetery, Troy.