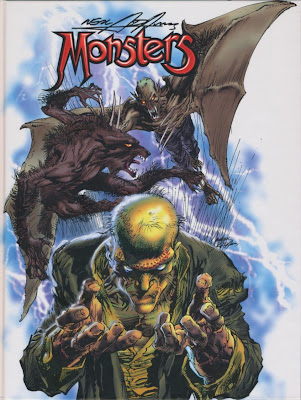 Neal Adams Monsters was published by Vanguard Productions in 2003. The book featured his interpretations of the monsters Frankenstein, Werewolf and Count Dracula. The logos for the monsters were created in 1980. Around that time Neal was looking to expand into publishing. A black-and-white photocopy of the color cover mock-up (see below) had close-ups of the three monsters under their logos. 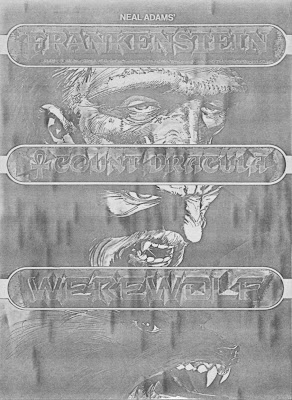 In mid-January 1980 I designed the Werewolf logo first. When the project became a rush job, I used typefaces for the Frankenstein and Count Dracula logos.

The first story in the book was Frankenstein. Back in 1980, I showed a typeface to Neal. He sketched some ideas on layout paper. He added beveled edges to the letters, and explored another design in perspective. We decided to use the typeface I had chosen plus modify the “F”. 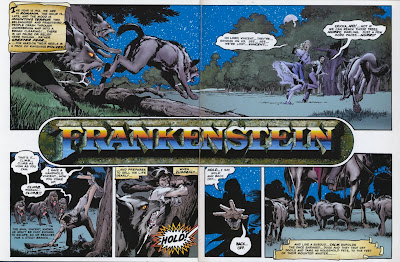 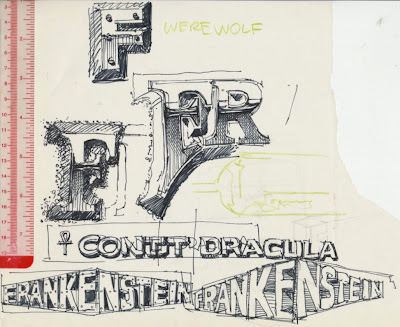 I do not have the original art. The photocopy of it shows the size, which was drawn on bristol board. With a T-square, adjustable triangle and an assortment of ellipse guides, I drew the letters in outline. Neal drew the beveled edges and stippling effect. Someone added the frame. A photostat was made of the framed logo and pasted onto the spread.

Werewolf was the second story. I made a couple of sketches then enlarged them. 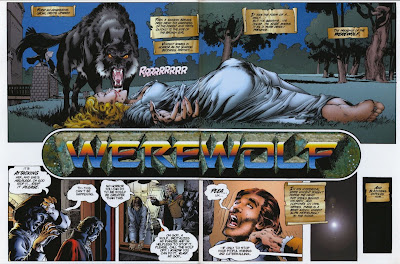 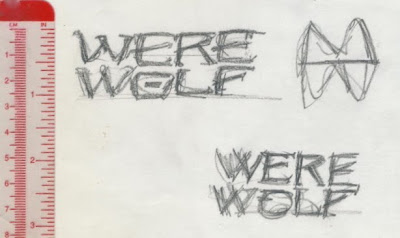 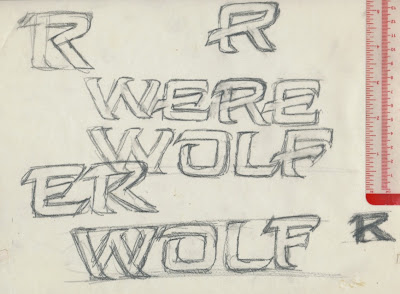 Once I settled on the letter designs, I made a tight ink rendering. Another design of the “R” was not used. 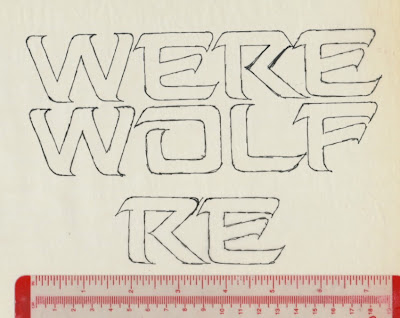 Next, I made a tight pencil drawing of the logo.

With the pencil drawing over the inked one, you can see how I adjusted the spacing of the middle letters, and made minor changes to some of the letters. The vertical strokes of the “R” and “L” are aligned.

Then I made another tight pencil drawing of the logo. 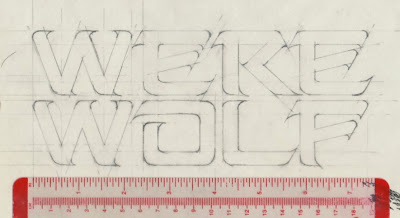 And that was followed by a tight ink drawing. 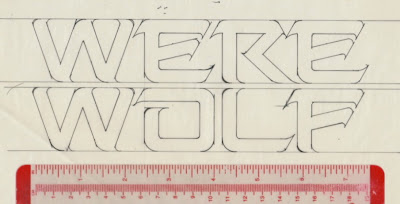 I secured the ink drawing to the back of a sheet of one-ply, vellum bristol board. The logo was drawn in pencil. I used white gouache to make corrections. 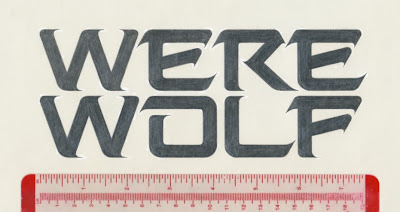 That version was never used. Some time after I finished the logo, Neal decided to use a spread to introduce each character in the book. I put Were Wolf on one line and drew it in outline, then Neal added the special effects.

The Count Dracula logo followed the same steps as the Frankenstein logo. Neal added the ankh which helped to balance the logo on the spread. 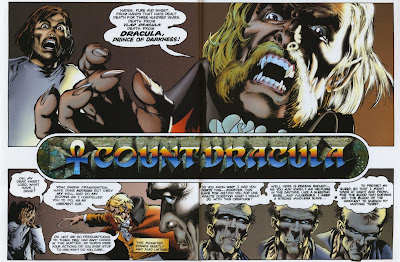 Two typefaces were considered for the logo. The first one was Cortez; the second one, Hoffman, was from Art Nouveau Display Alphabets by Dan X. Solo.

In the back of the book Neal talks about some other projects. One of them was a Tobe Hooper project called Funhouse. That's my logo sketch. The book is available at Vanguard Productions. Have a happy Halloween! 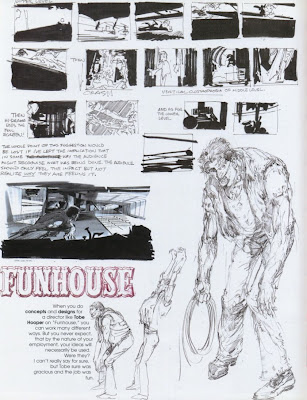 (Photo post next Monday)
Posted by Alex Jay at 8:00 AM

Email ThisBlogThis!Share to TwitterShare to FacebookShare to Pinterest
Labels: Anatomy of a Logo, Neal Adams