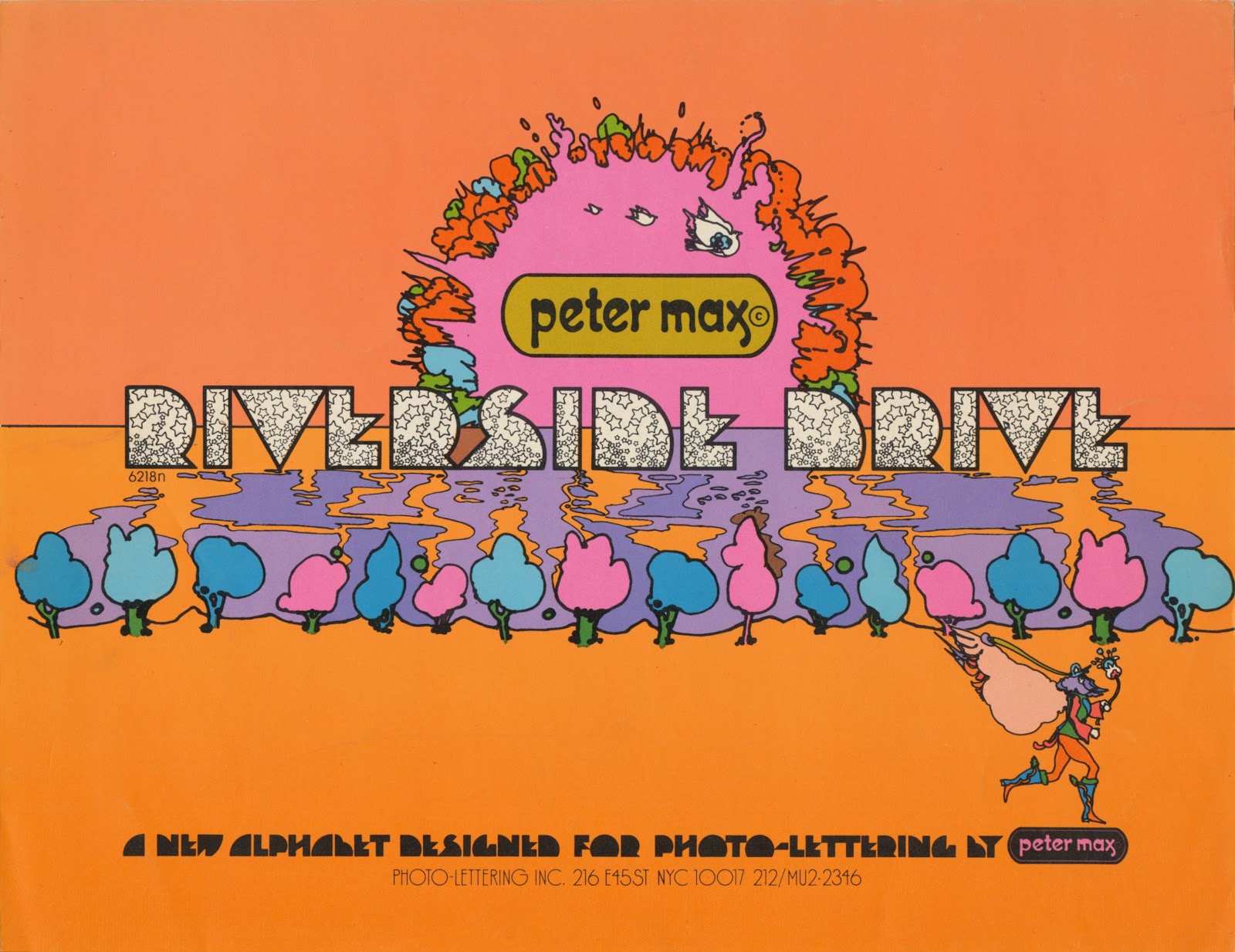 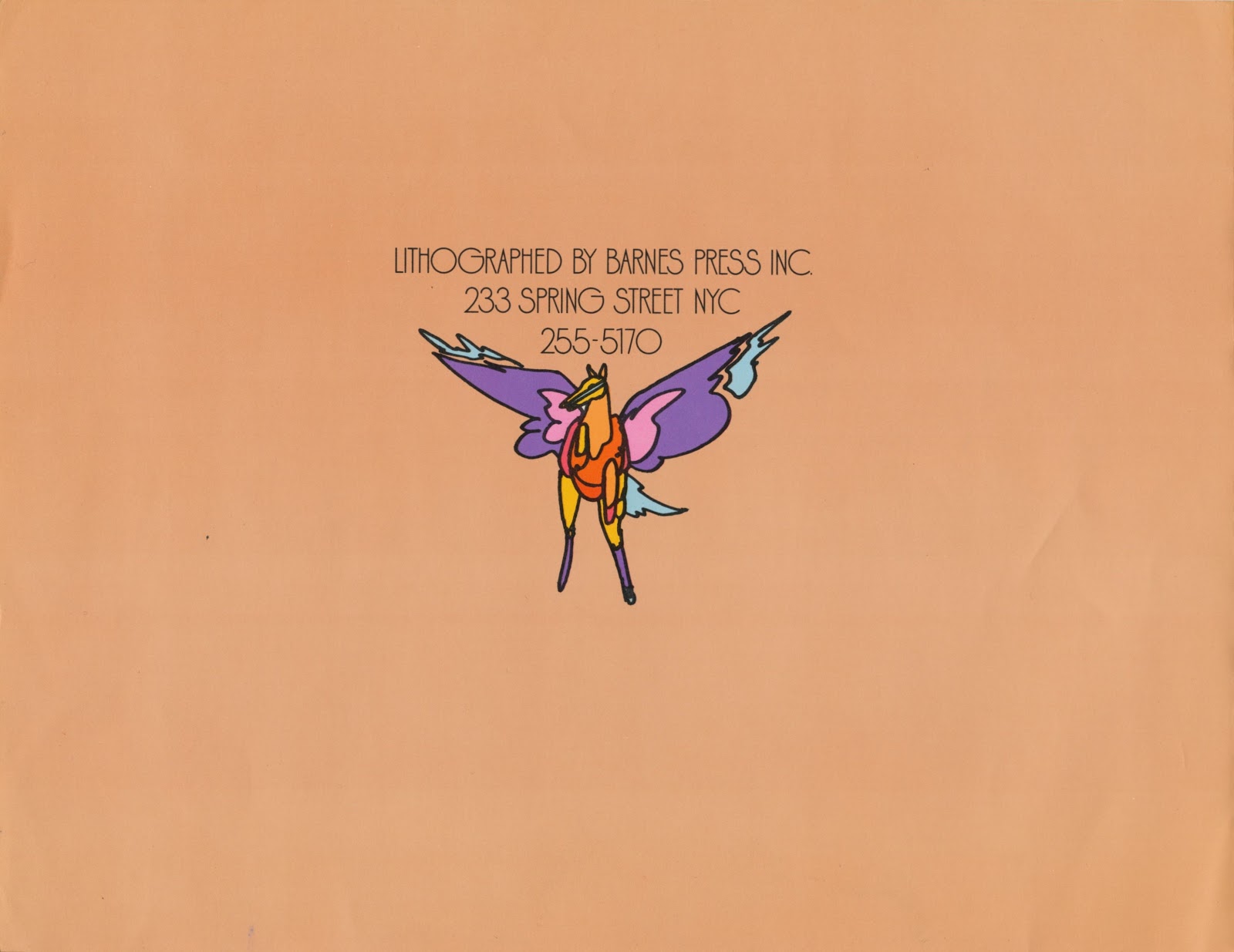 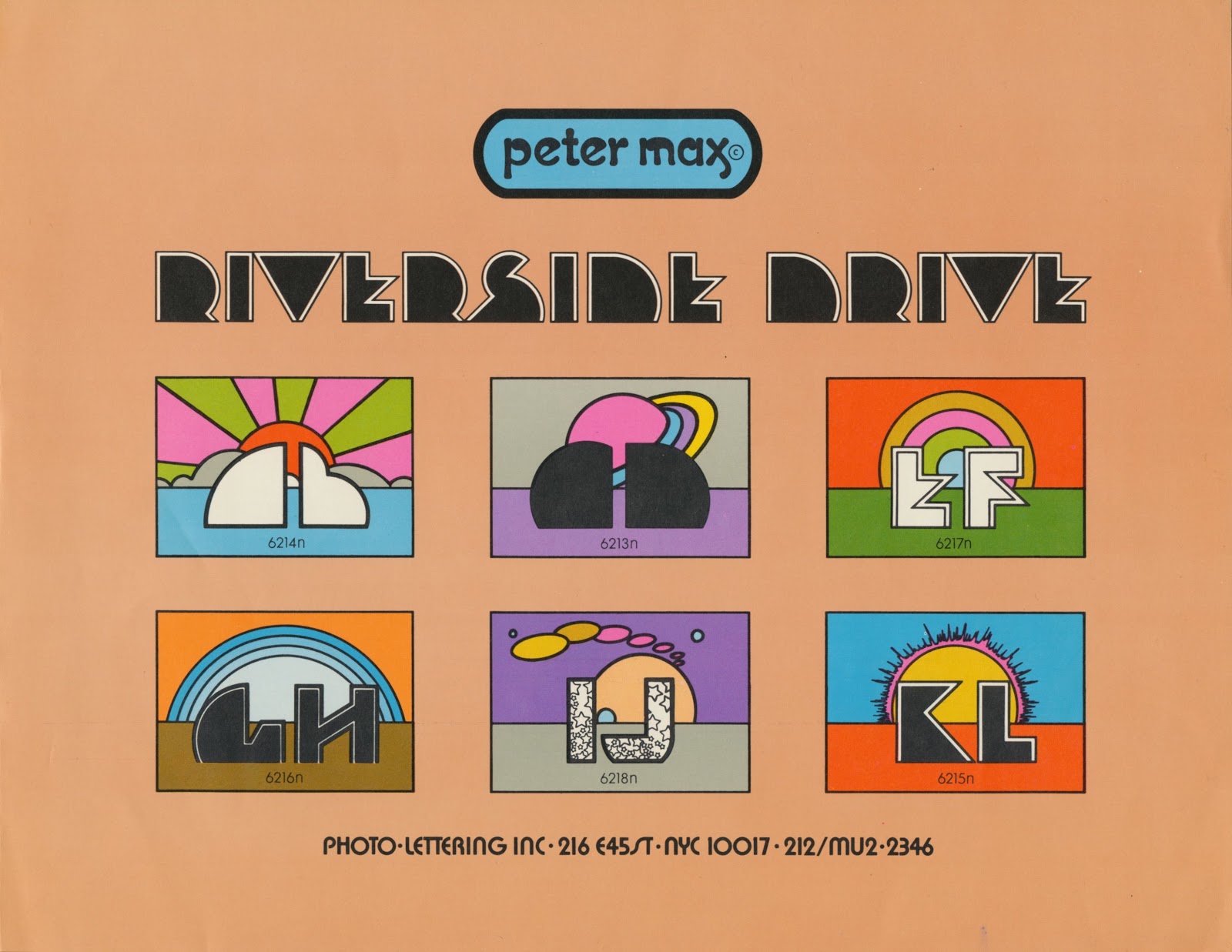 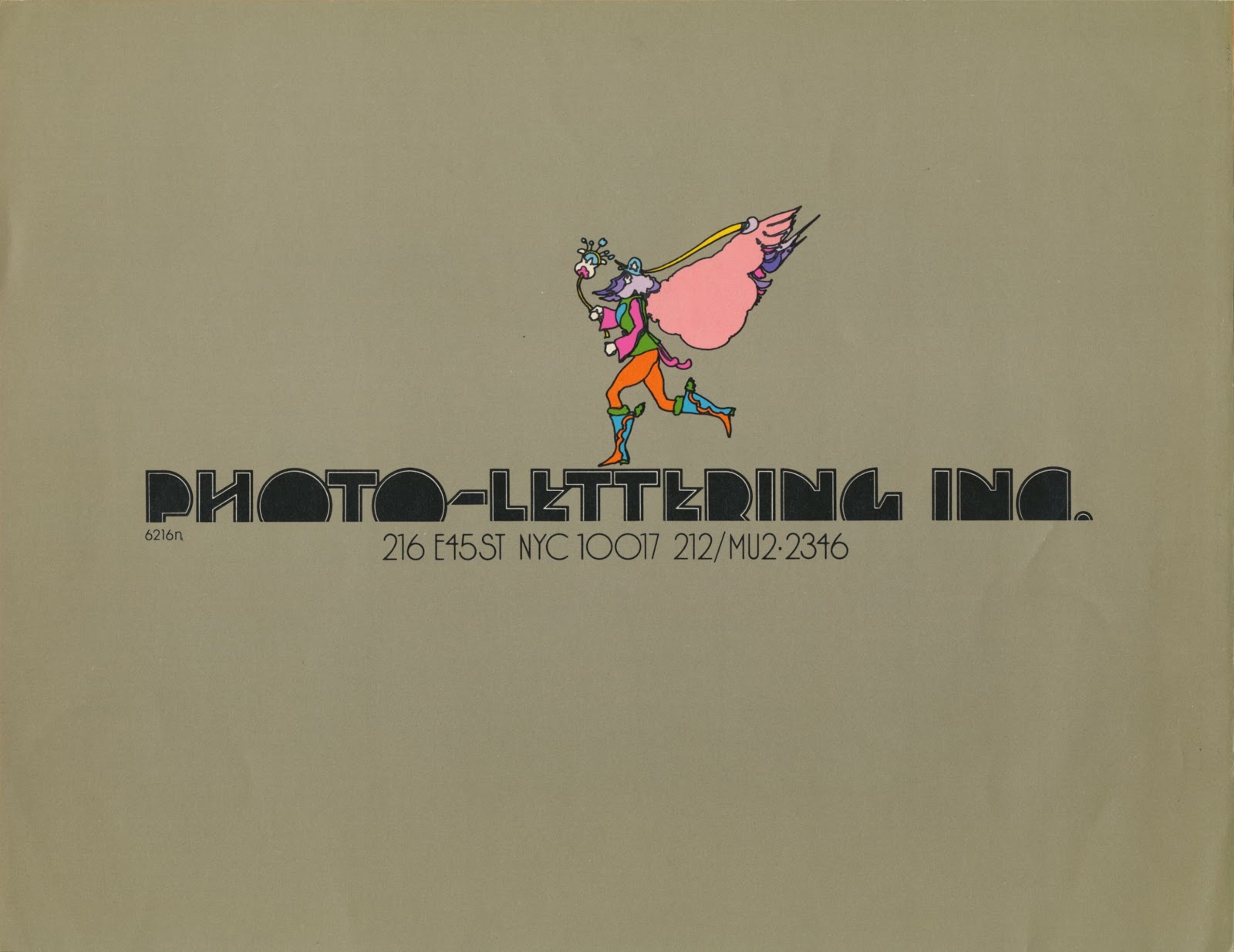 Photo-Lettering One Line Manual of Styles 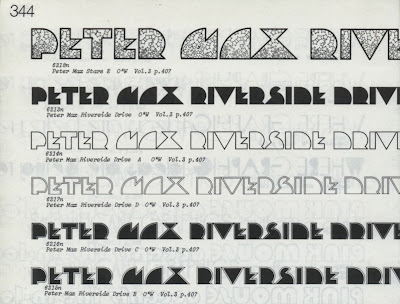 (Next post on Monday: Axel E. Sahlin)
Posted by Alex Jay at 8:00 AM No comments:

The Cactus 1929
University of Texas at Austin
Yearbook designed by Burger Baird
of Kansas City, Missouri 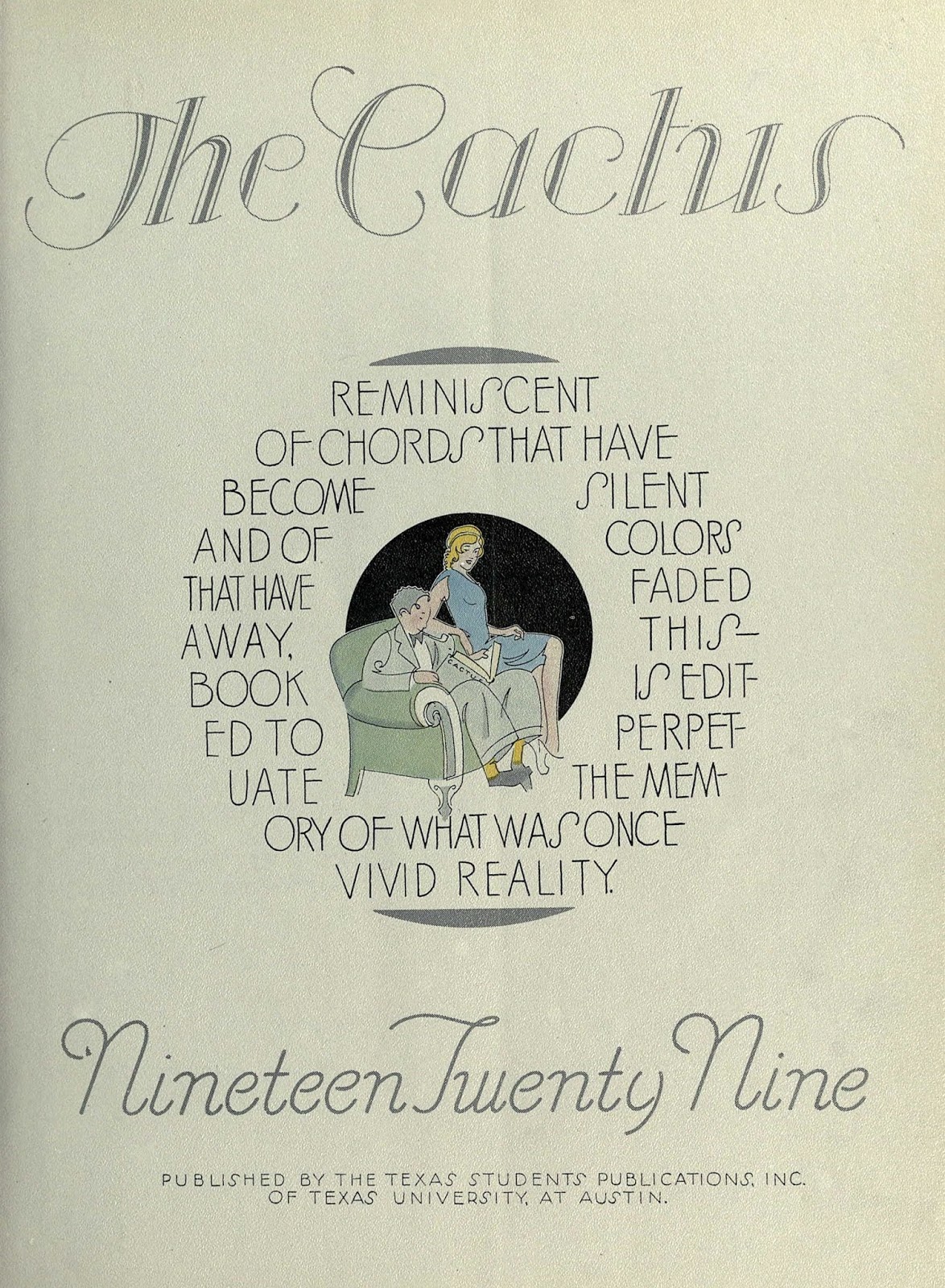 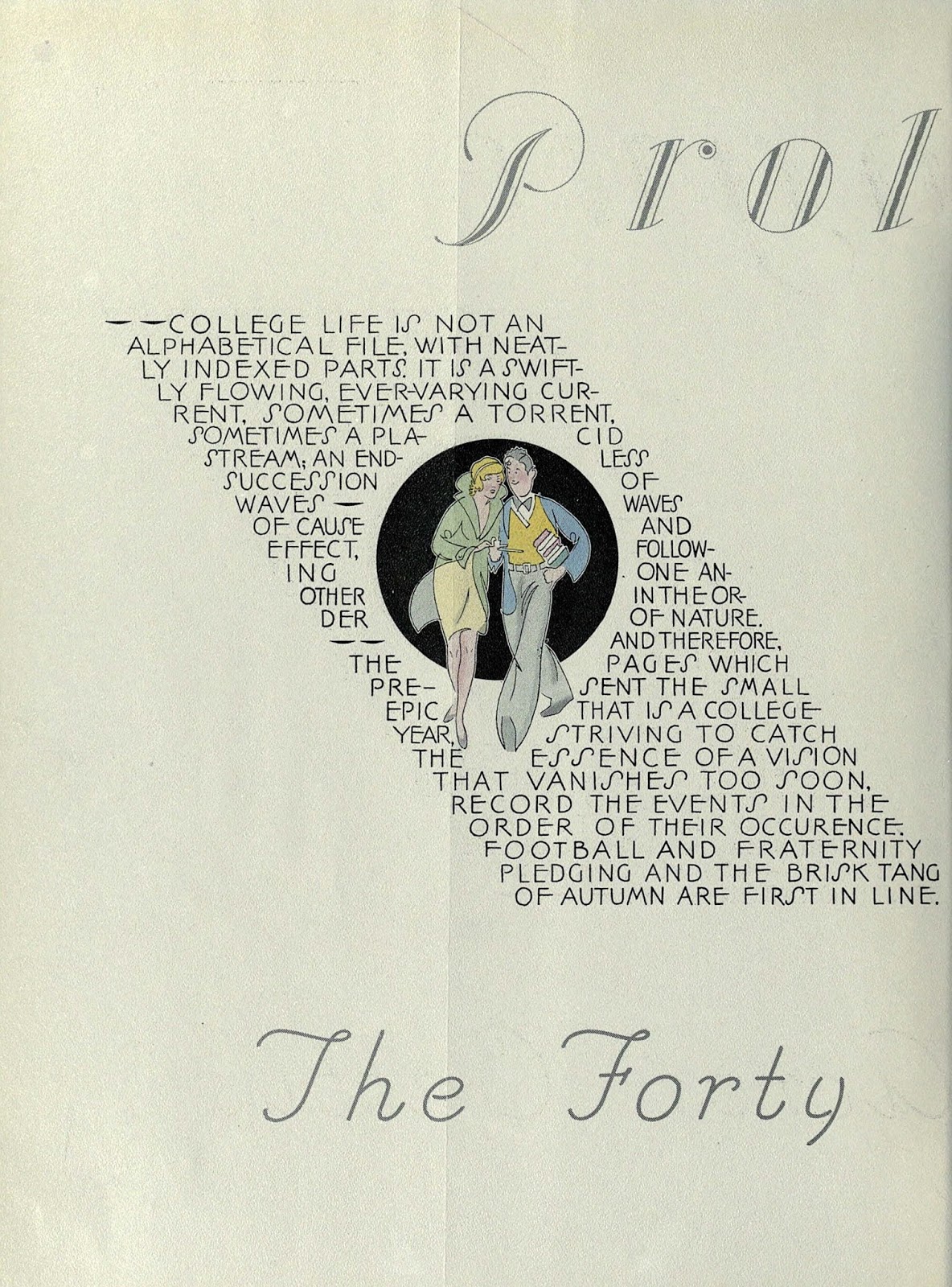 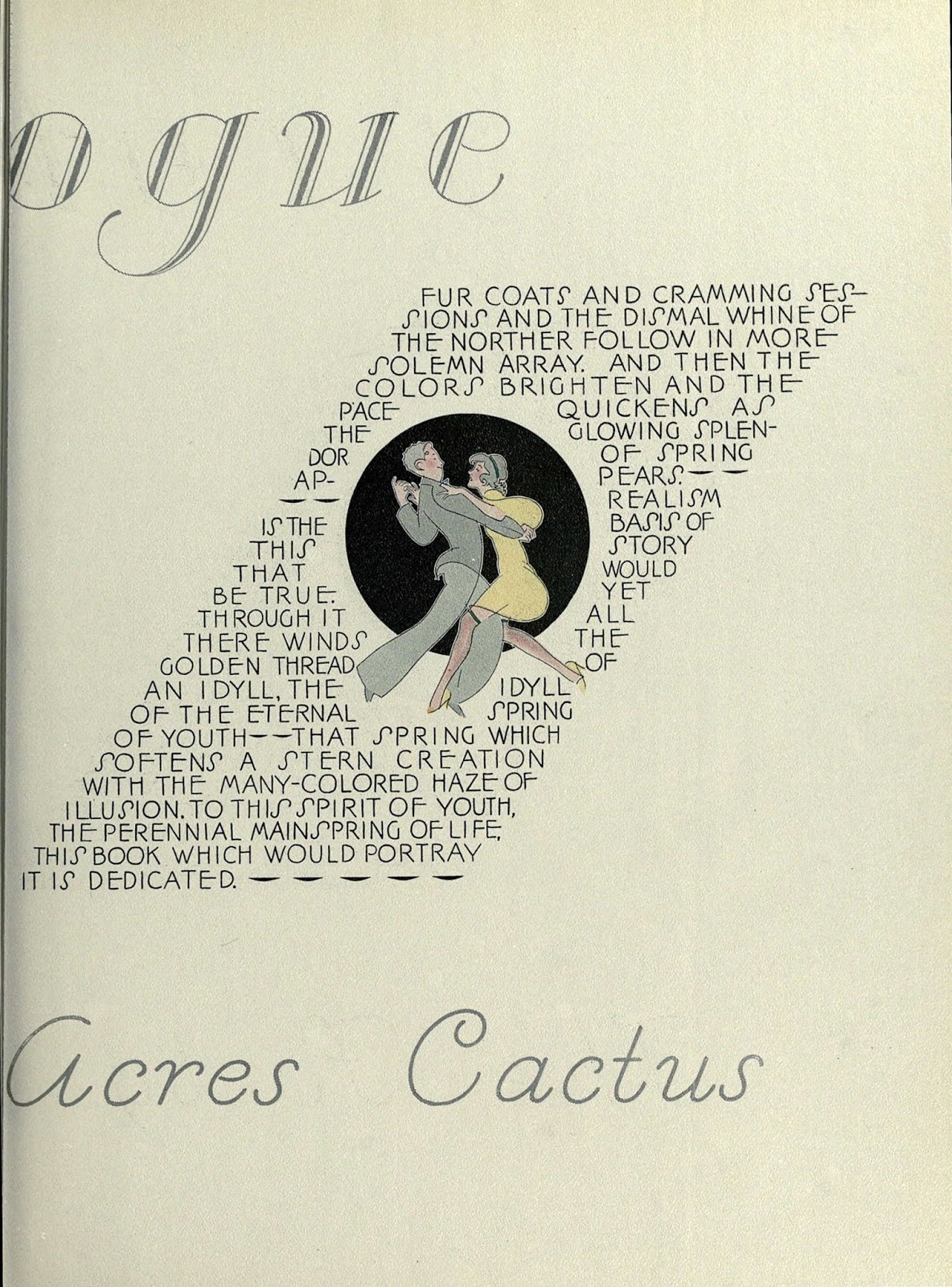 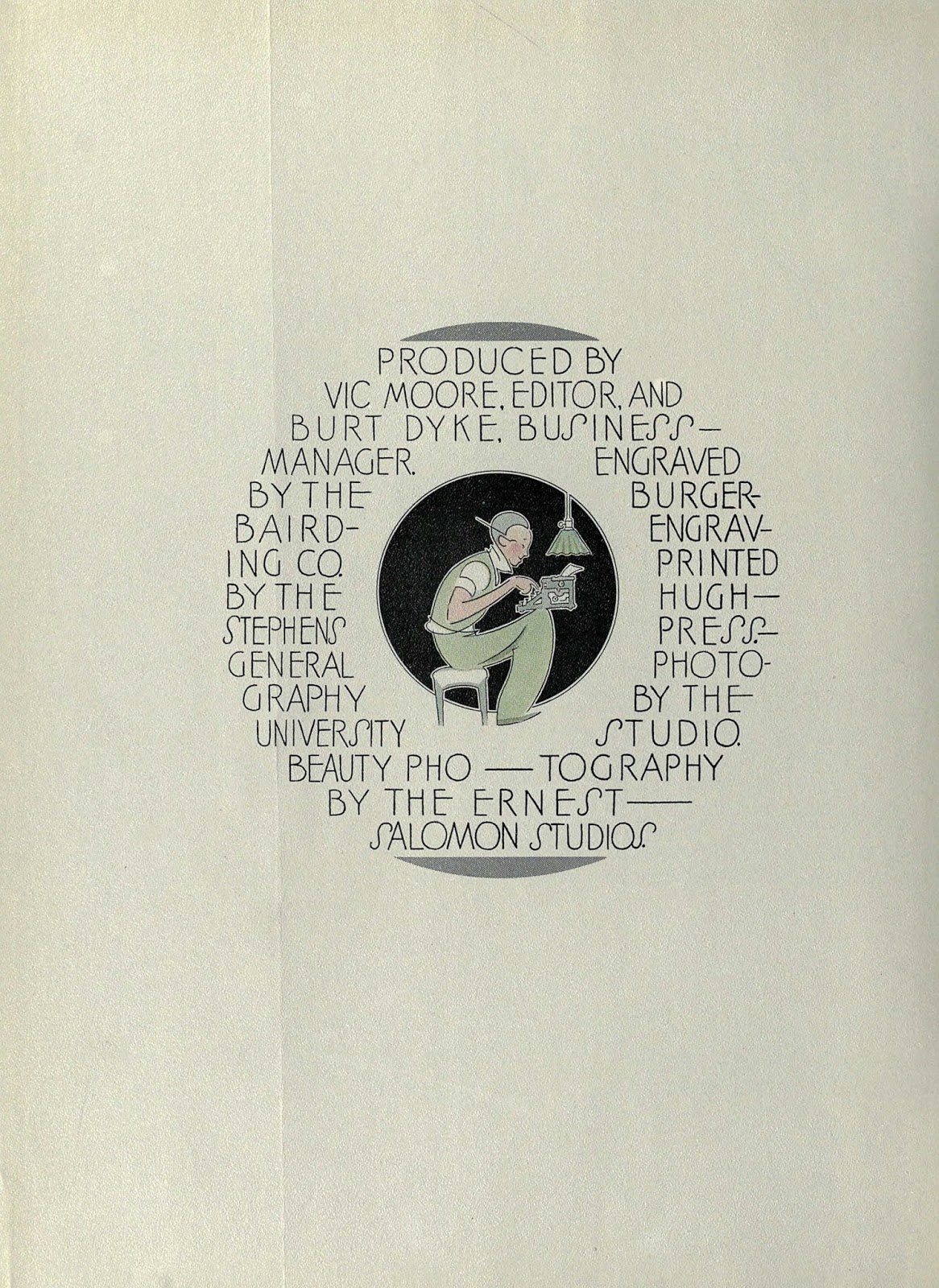 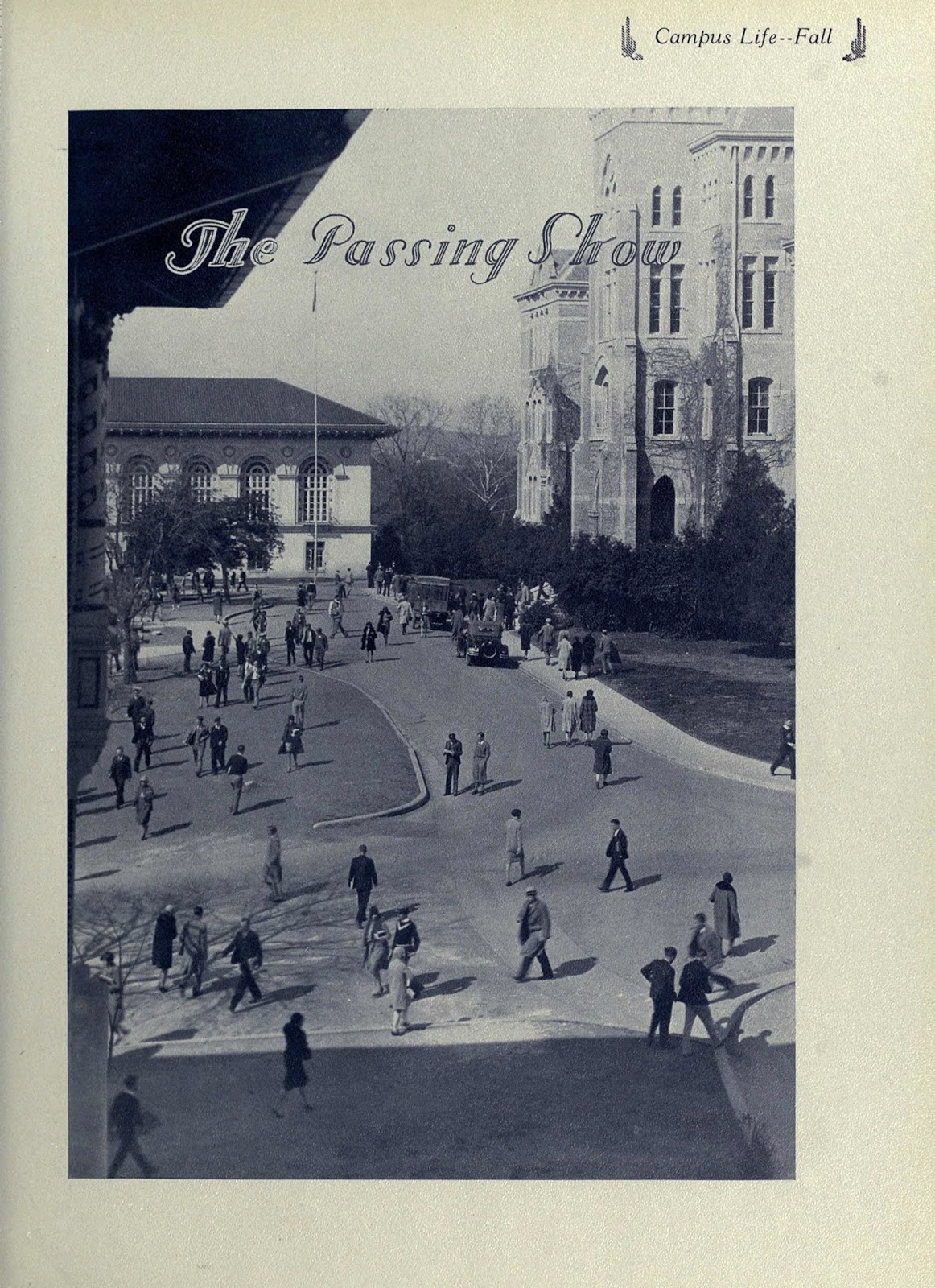 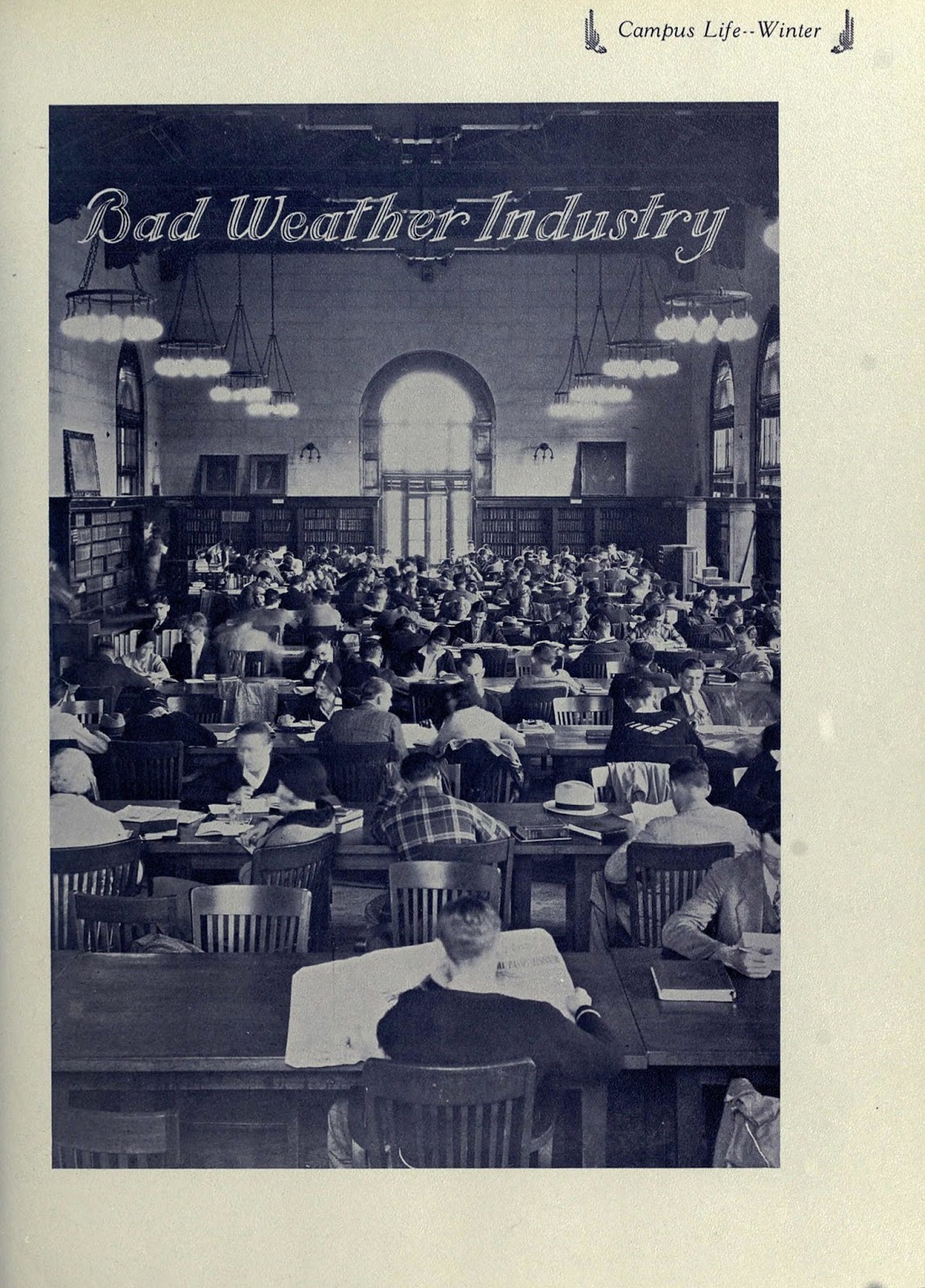 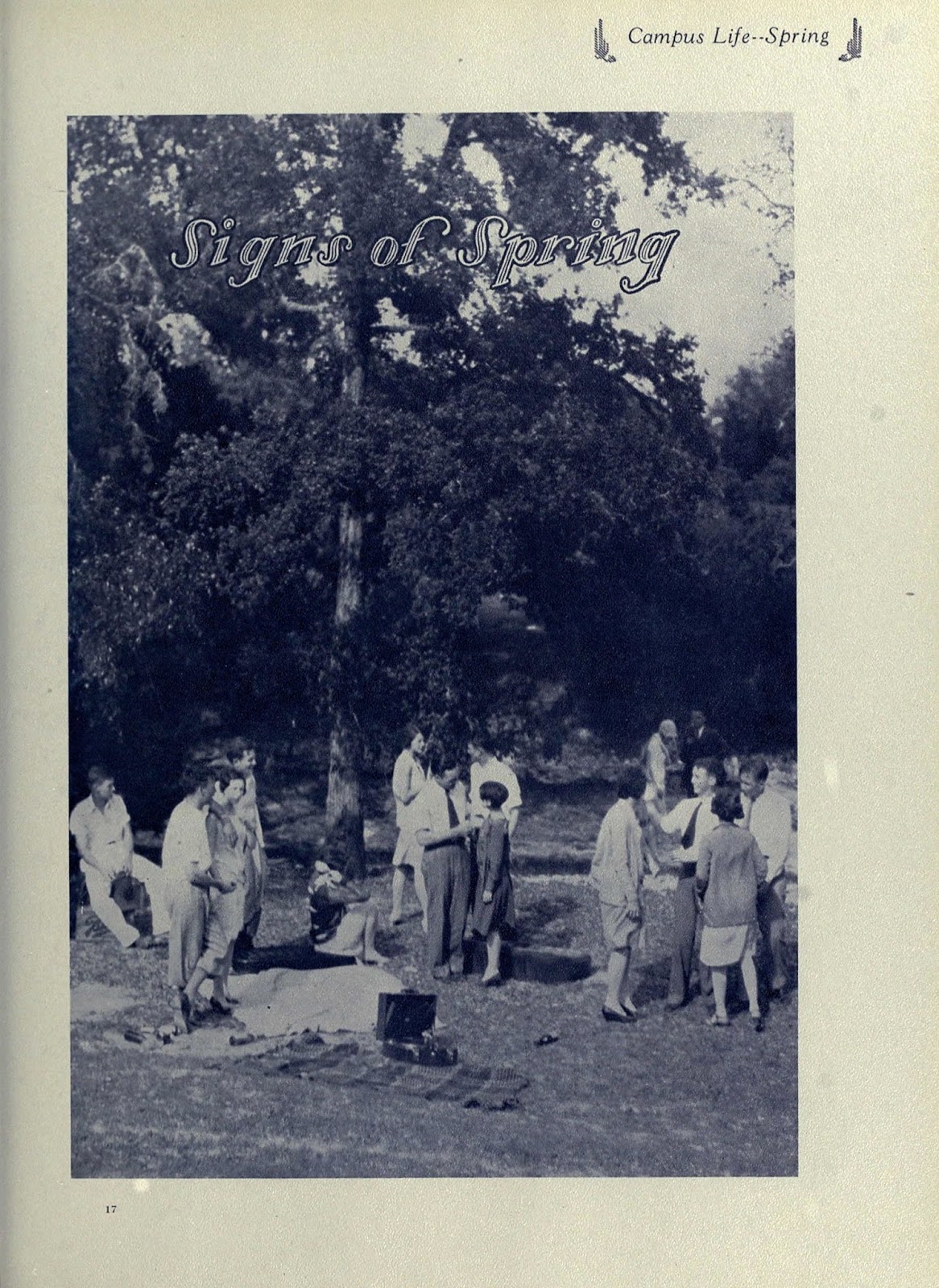 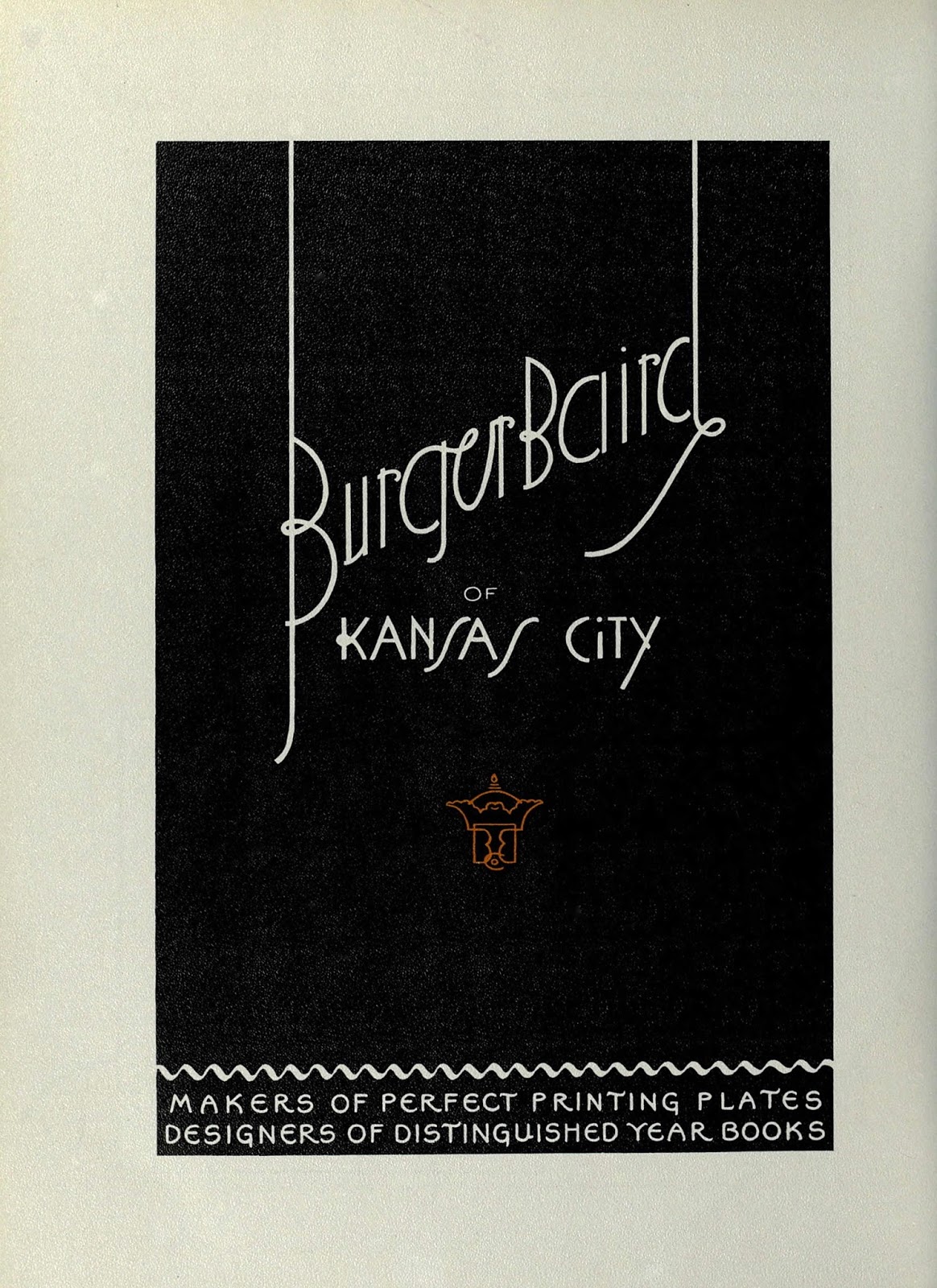 Anatomy of a Logo: Barb Wire

The Barb Wire logo was for Dark Horse editor, Marliee Hord. At the time I was working on the Agents of Law logo, and earlier I had done the Will to Power logo for her. The editors were allowed to use freelance designers if the in-house designs did not meet their expectations. On October 13, 1994, Marilee offered Bare Wire to me and said I was free to pursue any design.

In the original logo, the letters in Barb are stacked vertically to the left of Wire.

In my initial sketches, I saw the possibility of a single letterform acting as three letters: B, W and E. 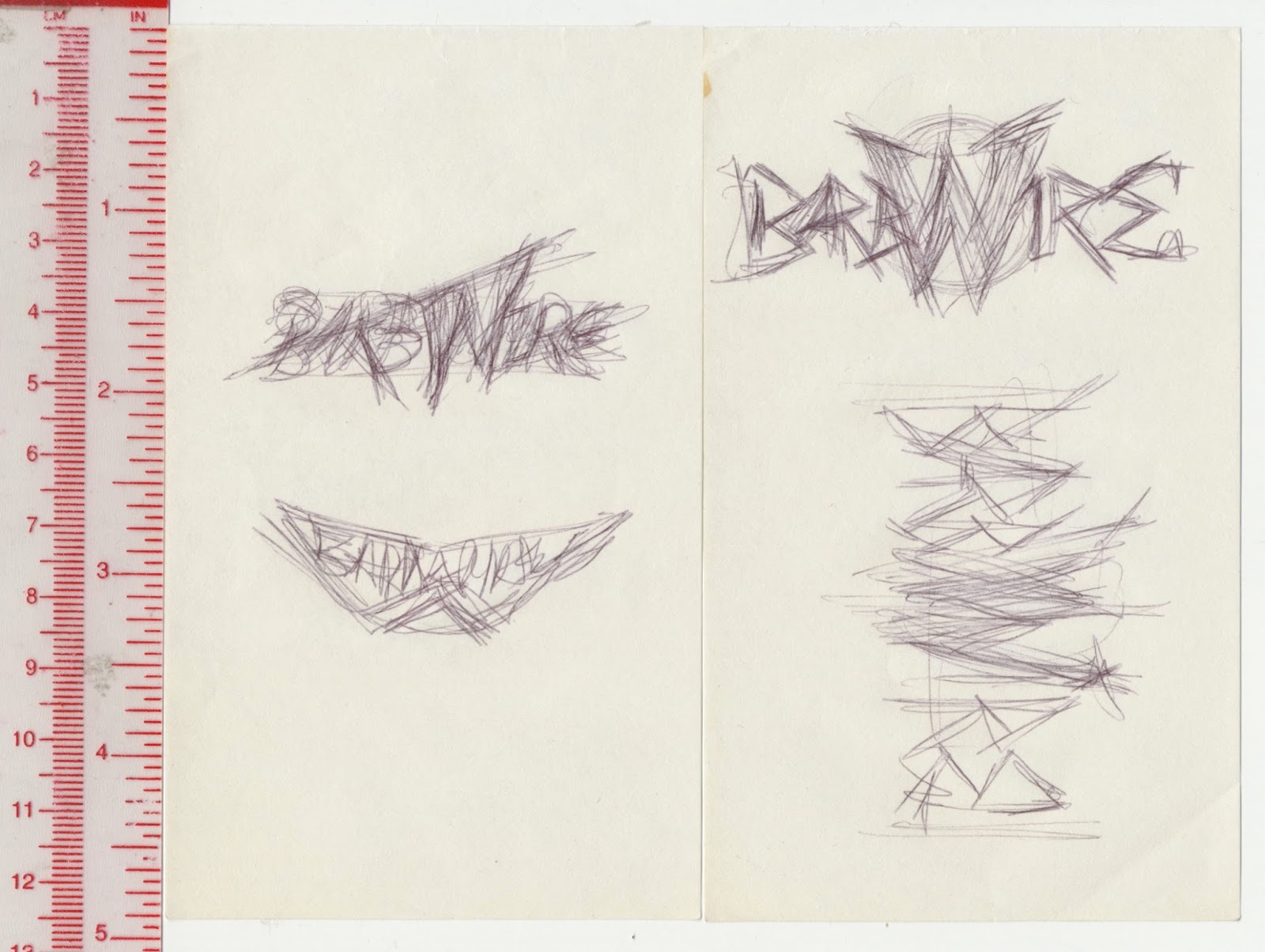 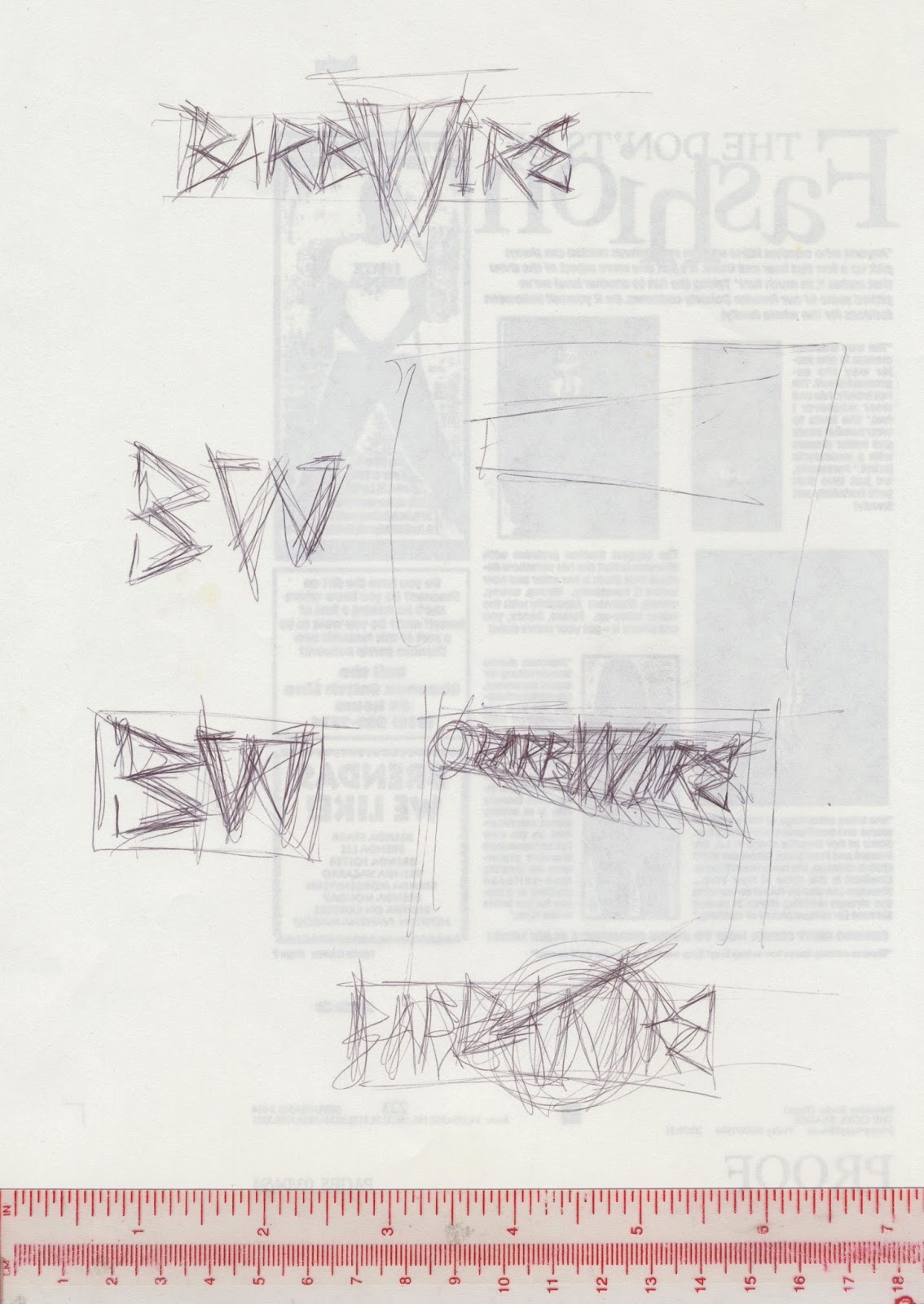 On another page of sketches, I stacked the name and created a diagonal link with the Rs. I enlarged it and worked on refining it. 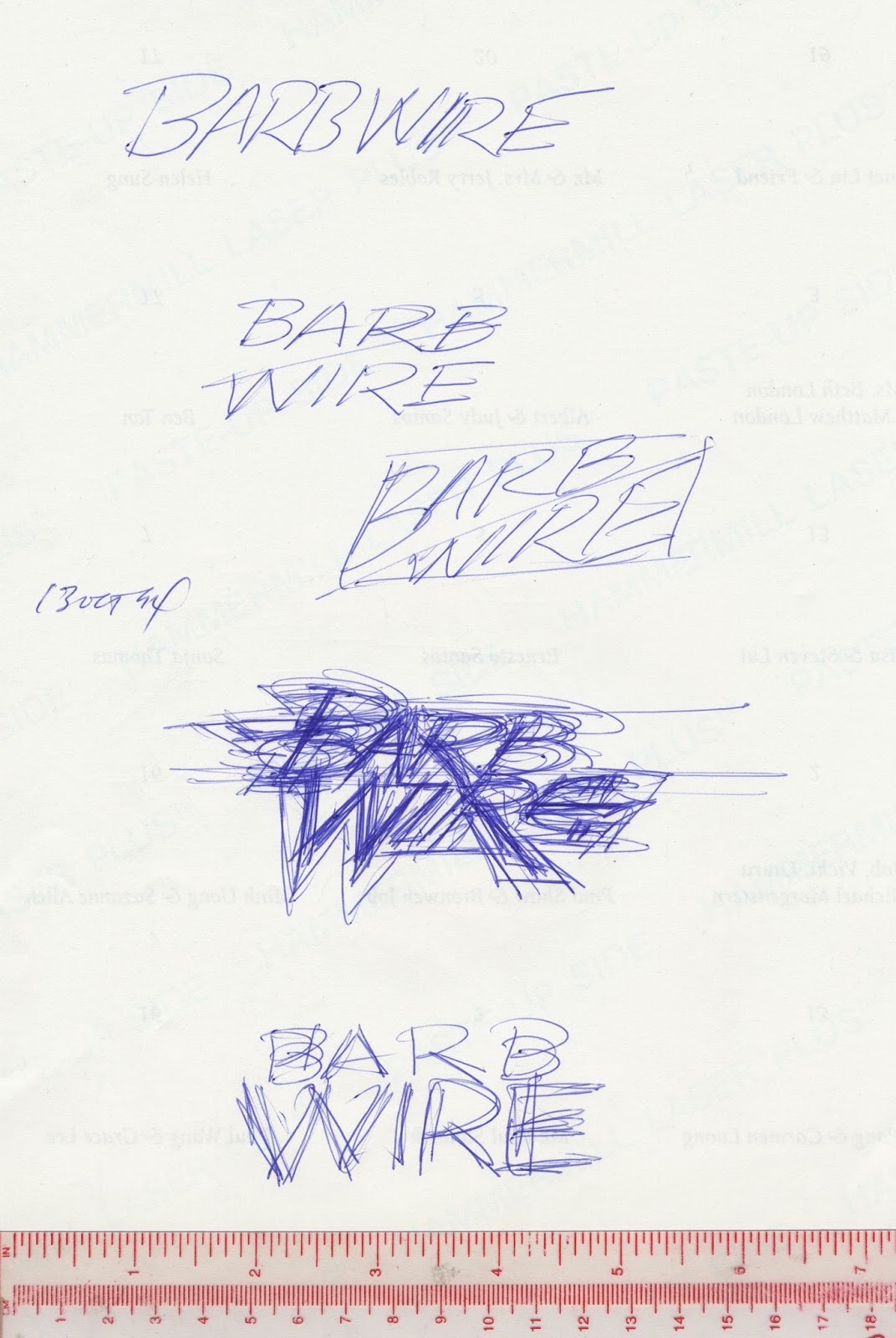 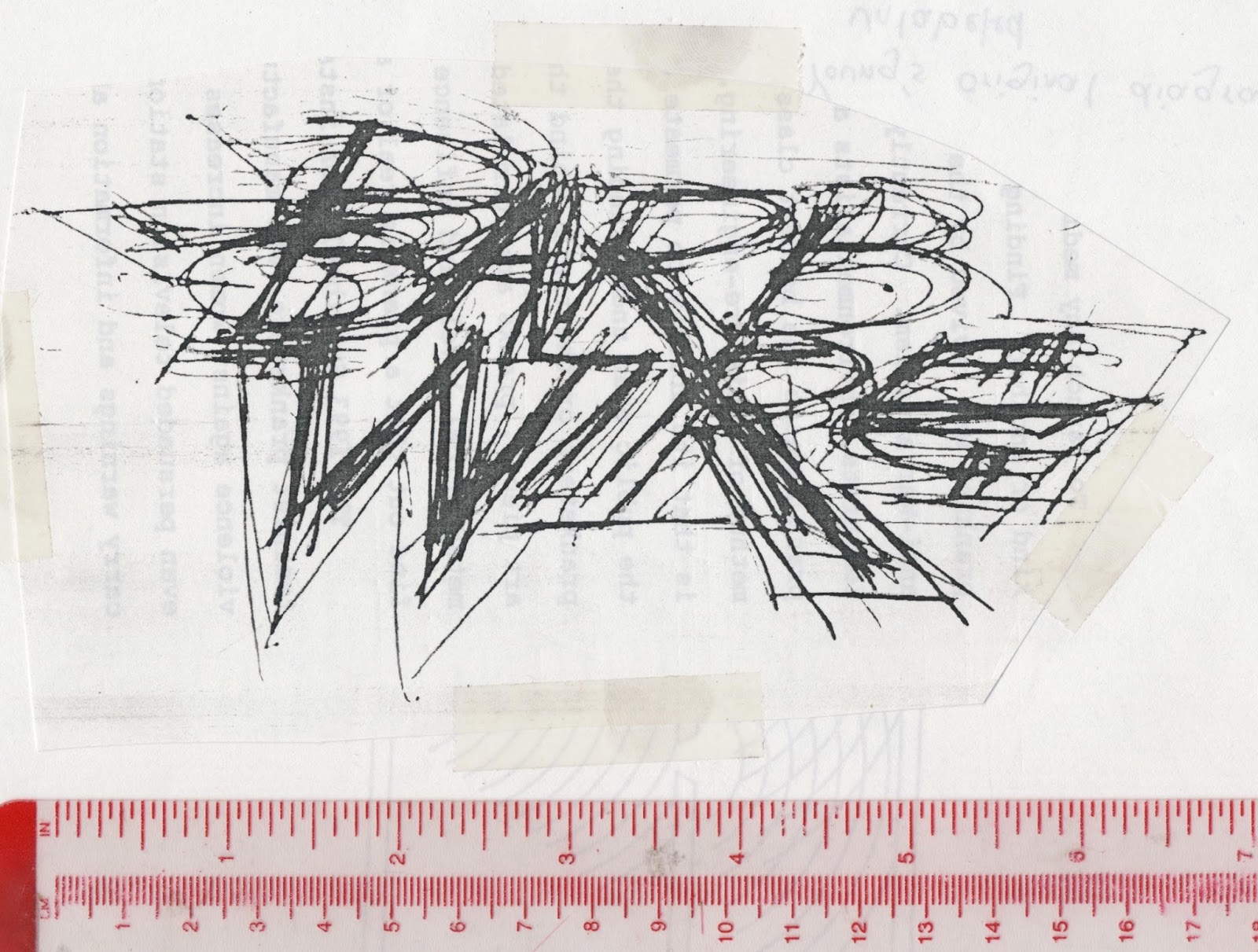 As it turned out, the letters in Barb were the same height. The W in Wire extended below the baseline. The serifs were spiky, somewhat like barbwire. I wanted to make both names somewhat equal in size and more legible. 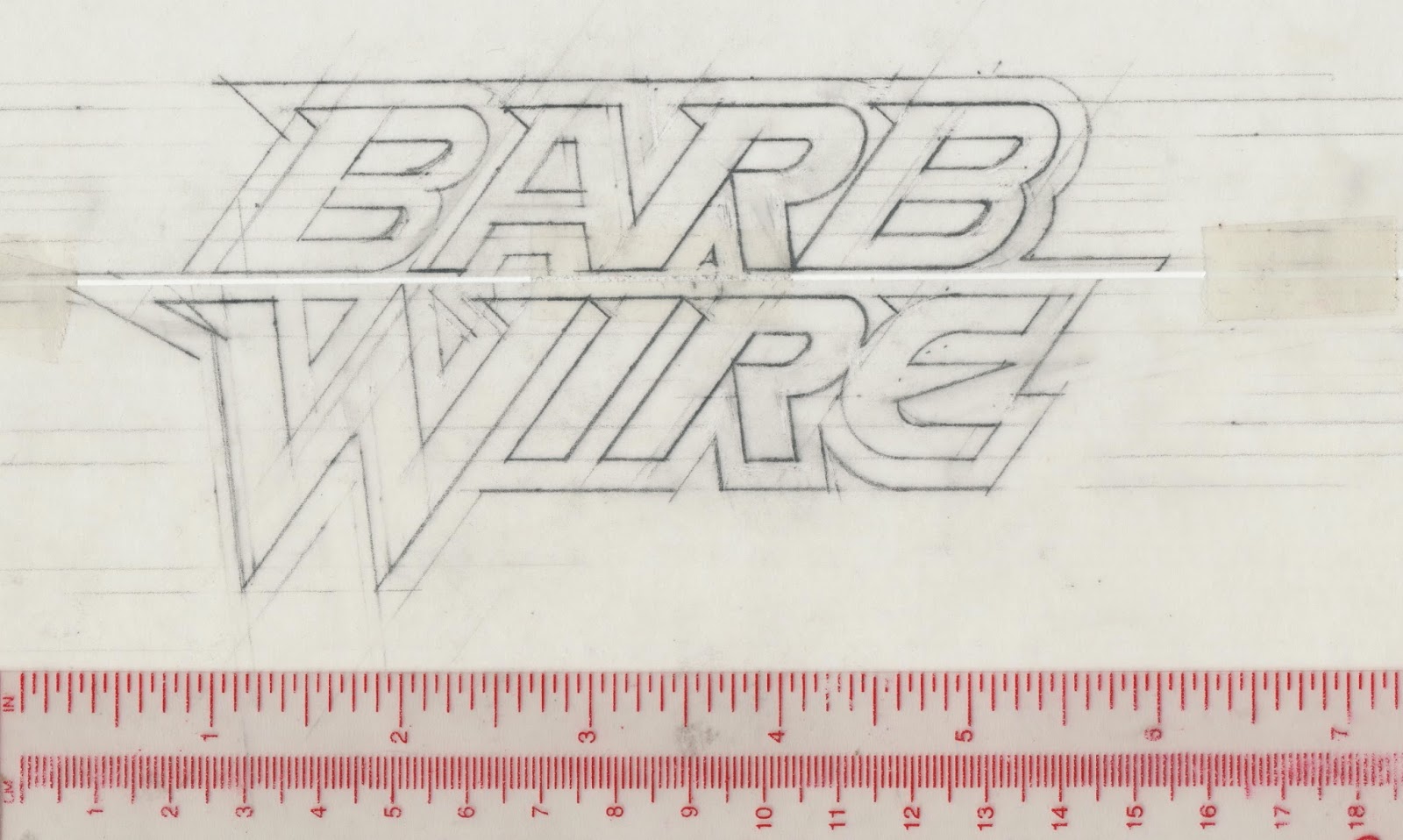 Further refinements were made to the Bs, although they still didn’t match. The small negative spaces below the A and R, and in the W are distracting and probably would have been eliminated. The A isn't quite right; it needed a different slant to increase the space between it and the B, and decrease the space with the R. But this design was faxed to Marilee and she liked it. 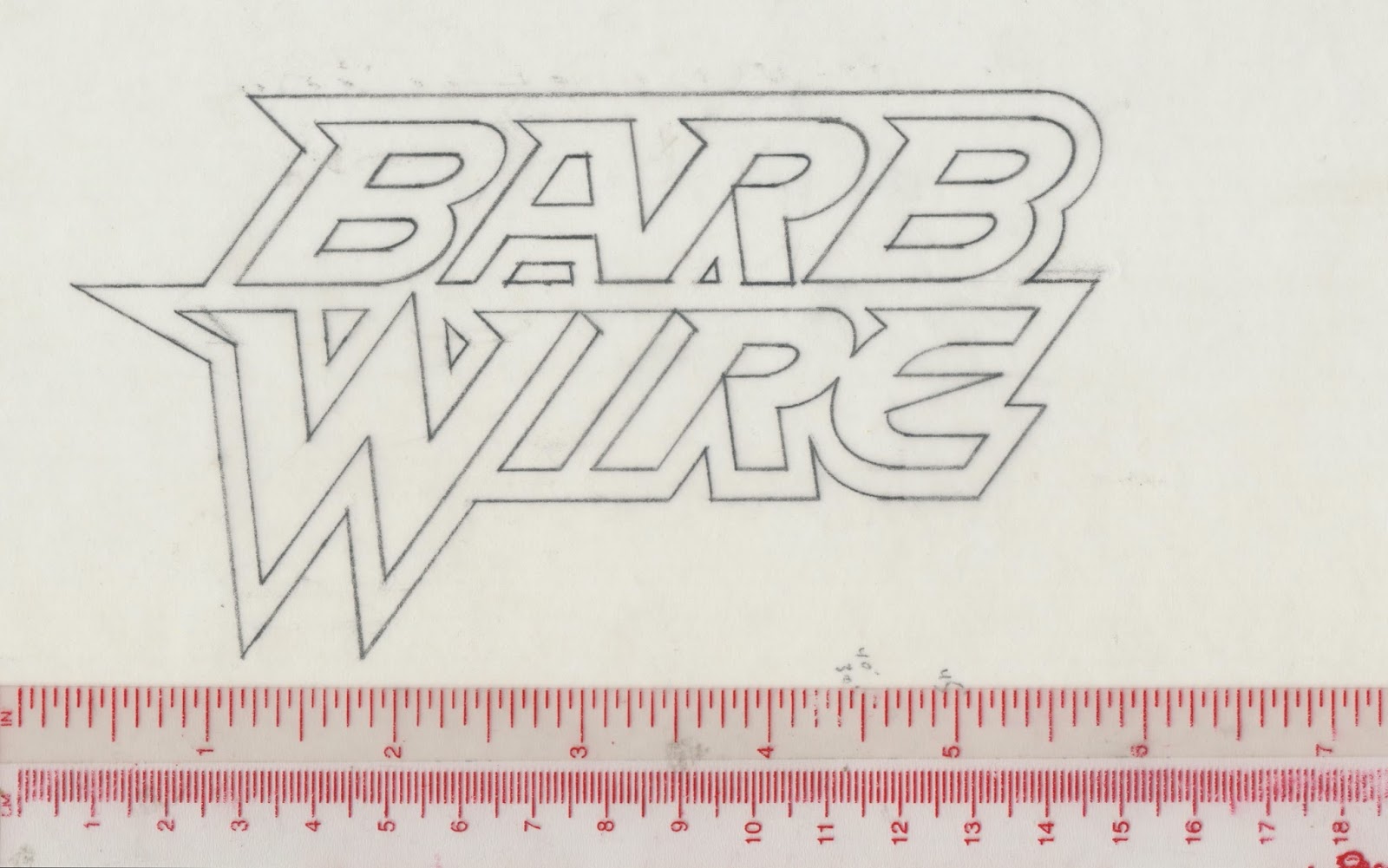 I started exploring a symmetrical design in this sketch, which was done on October 22. 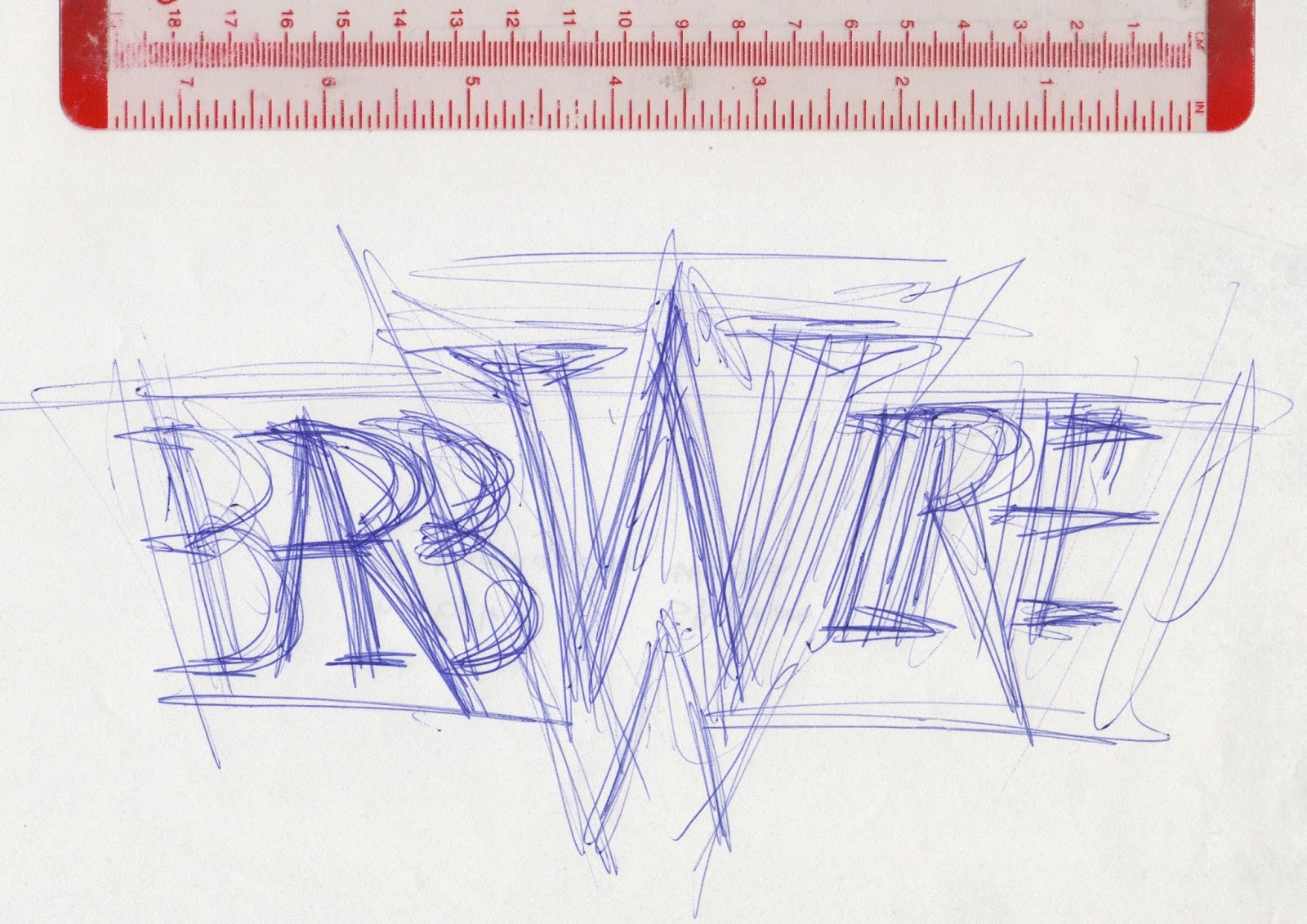 Marilee called and said to hold off on any more work on Barb Wire. On November 18, she called and said two things: a memo had been issued to the editors stating that all logos had to be produced in-house; and that Barb Wire had been optioned for a movie, so, no changes could be made to the logo. (As it turned out, the movie logo used Wire, while Barb was redesigned and made the same height.) After the conversation, I sent in my invoice for the kill fee and never heard from Dark Horse again.

Under Cover: The Homecoming 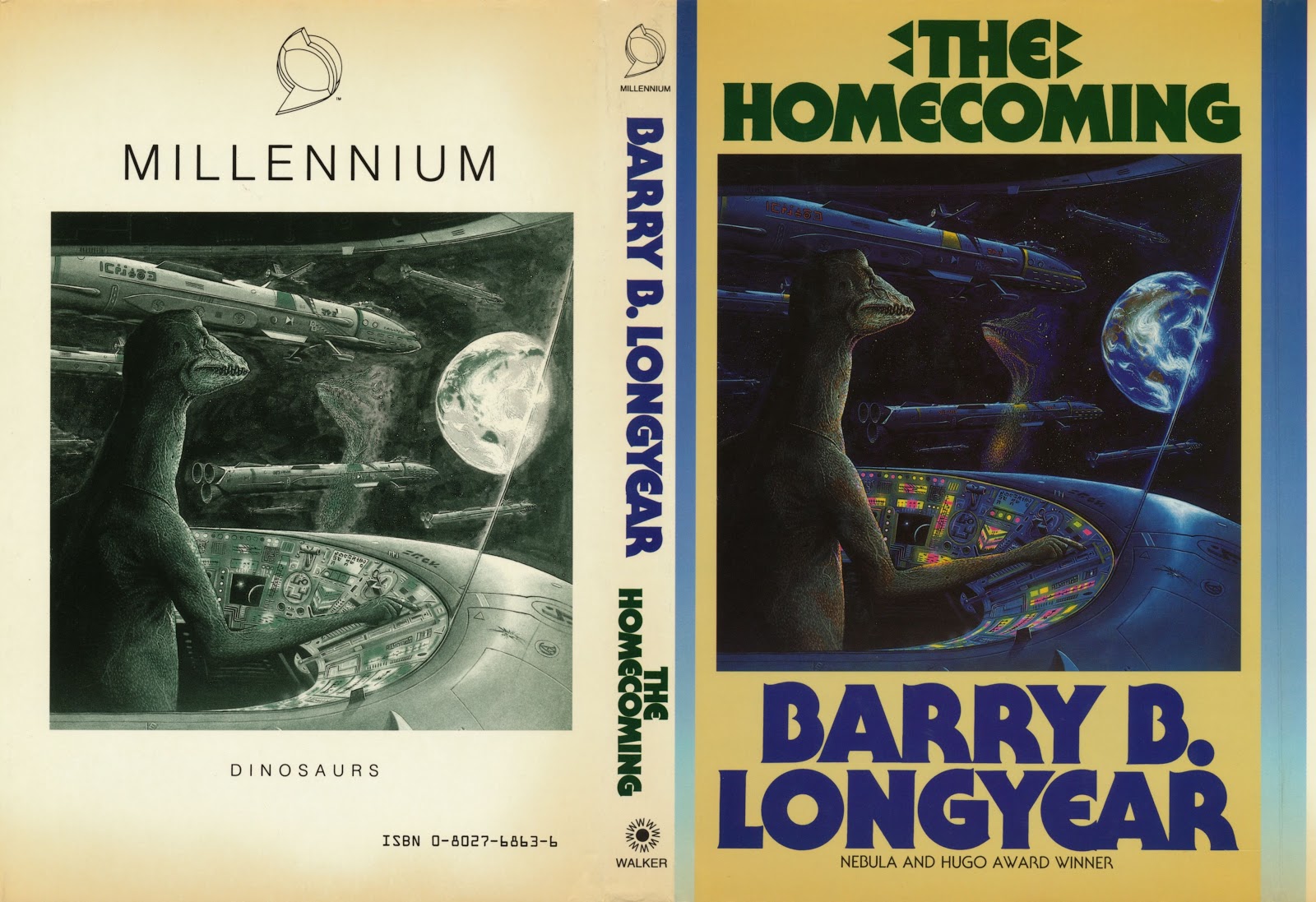 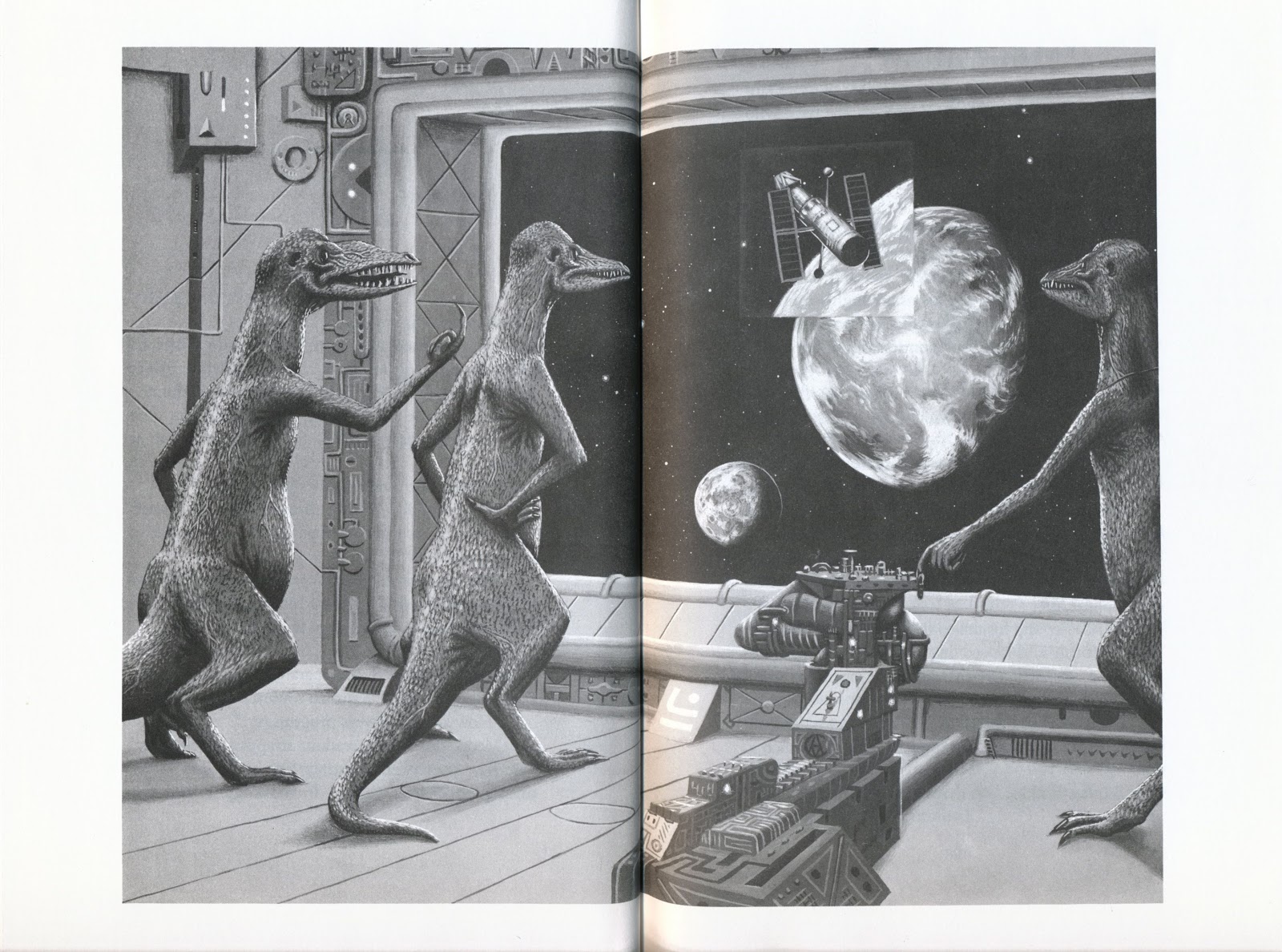 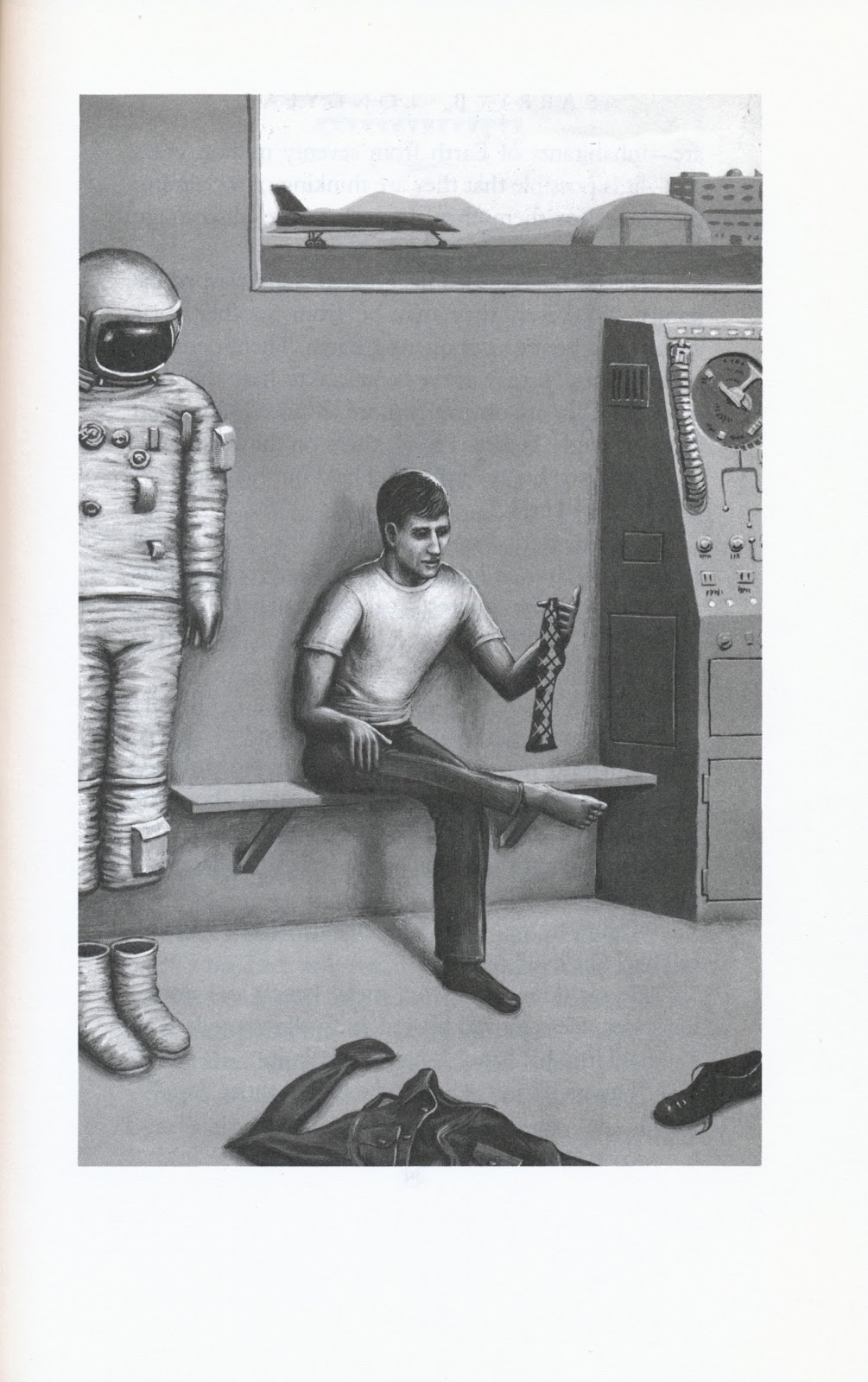 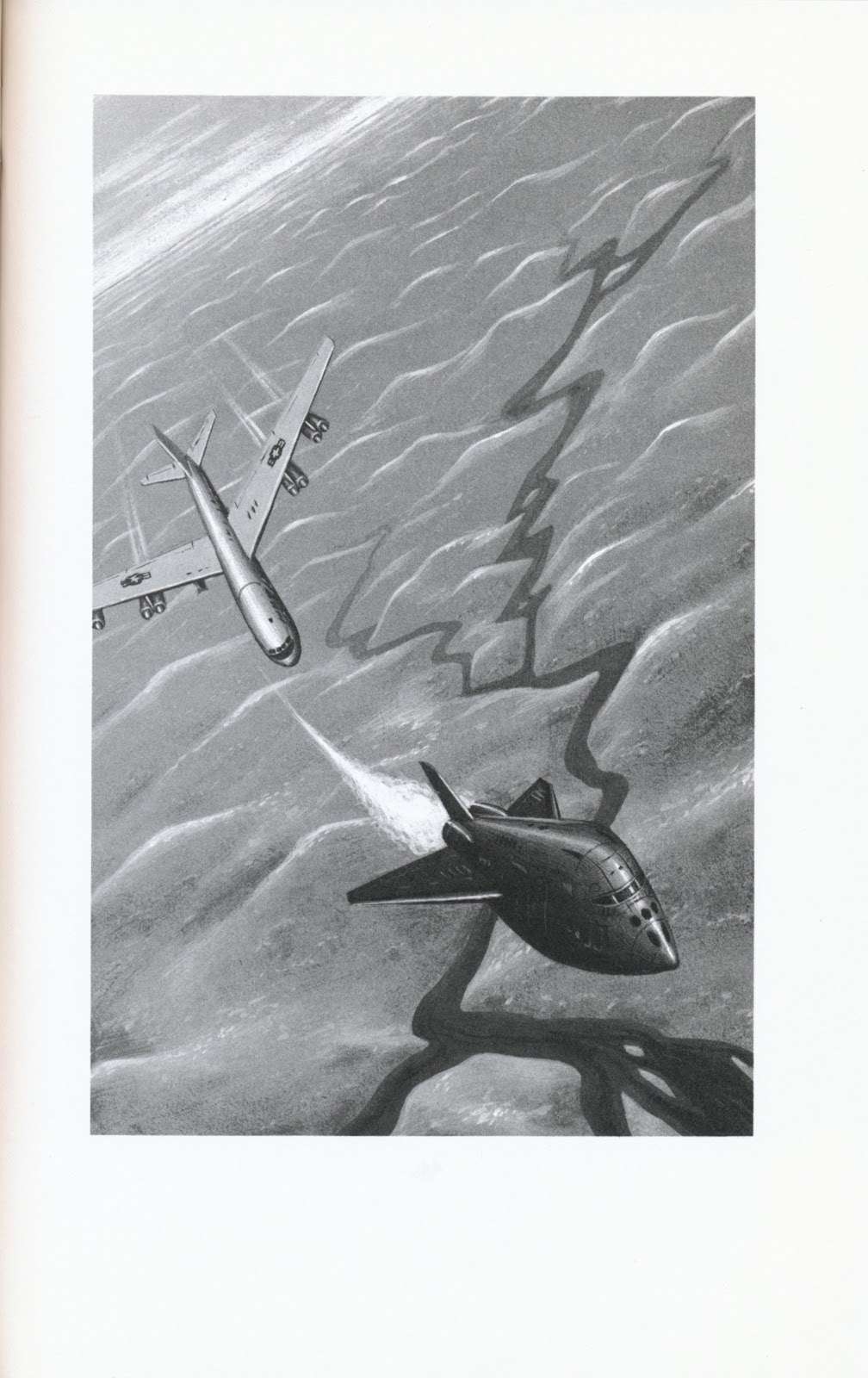 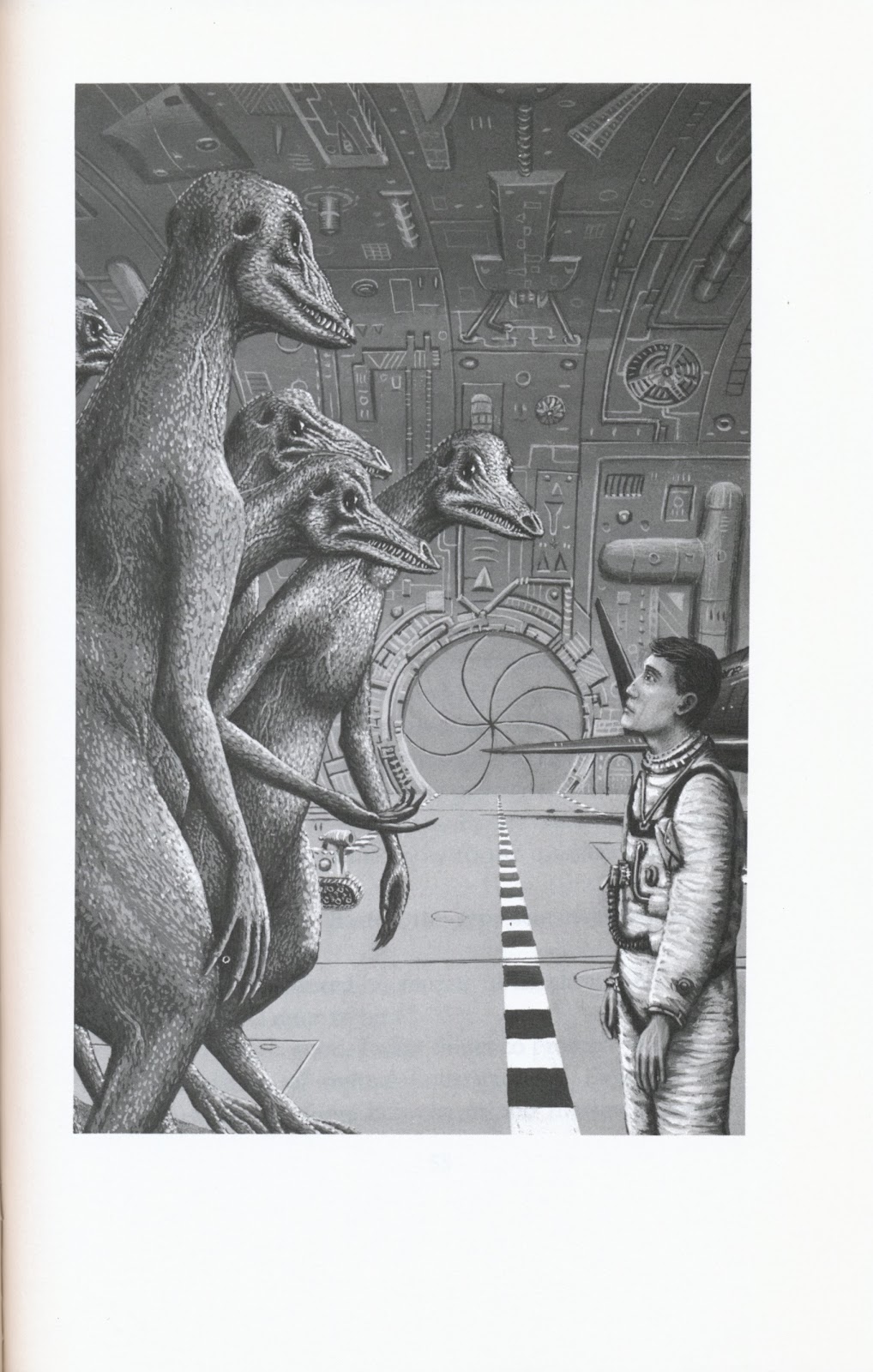 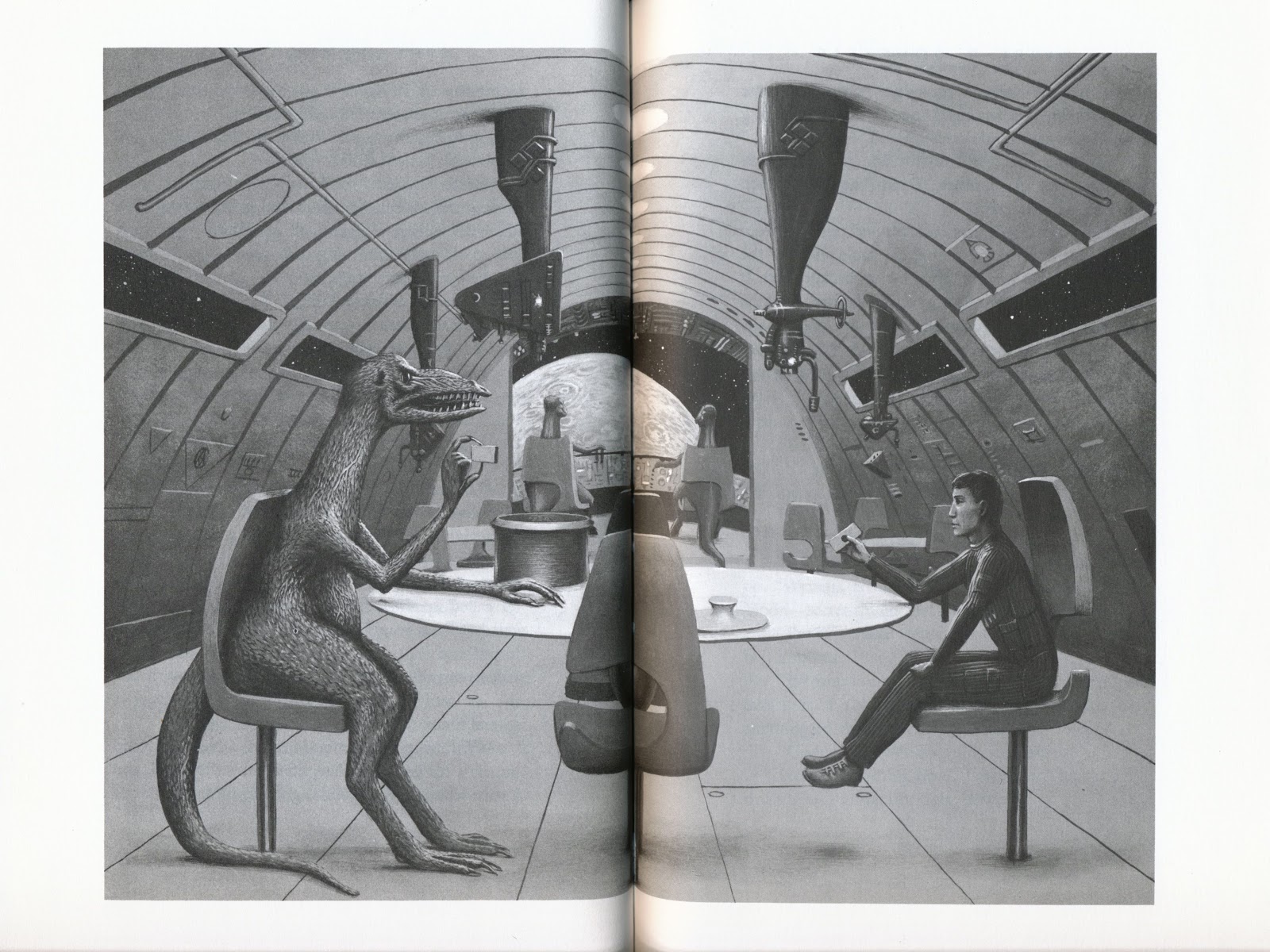 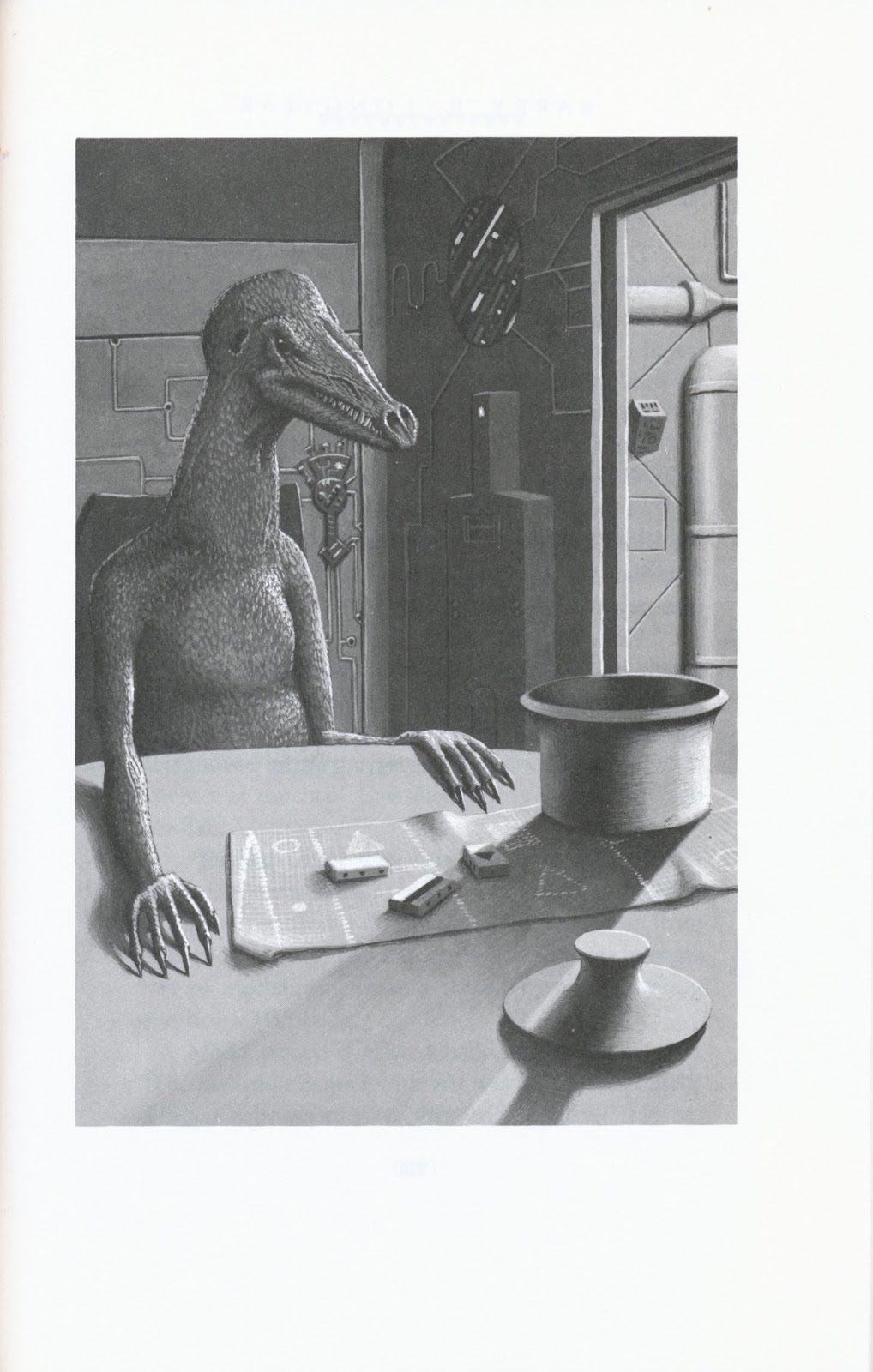 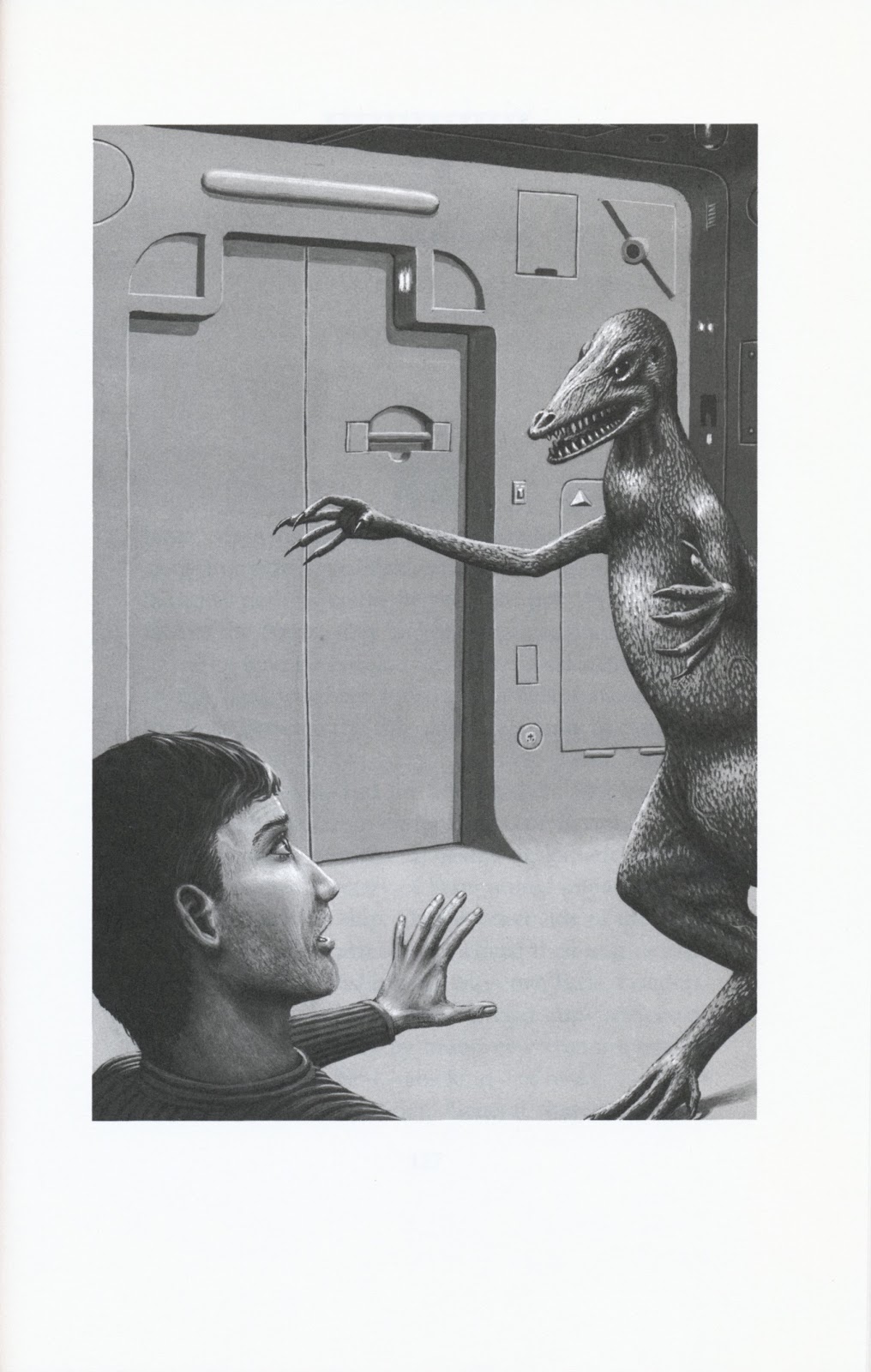 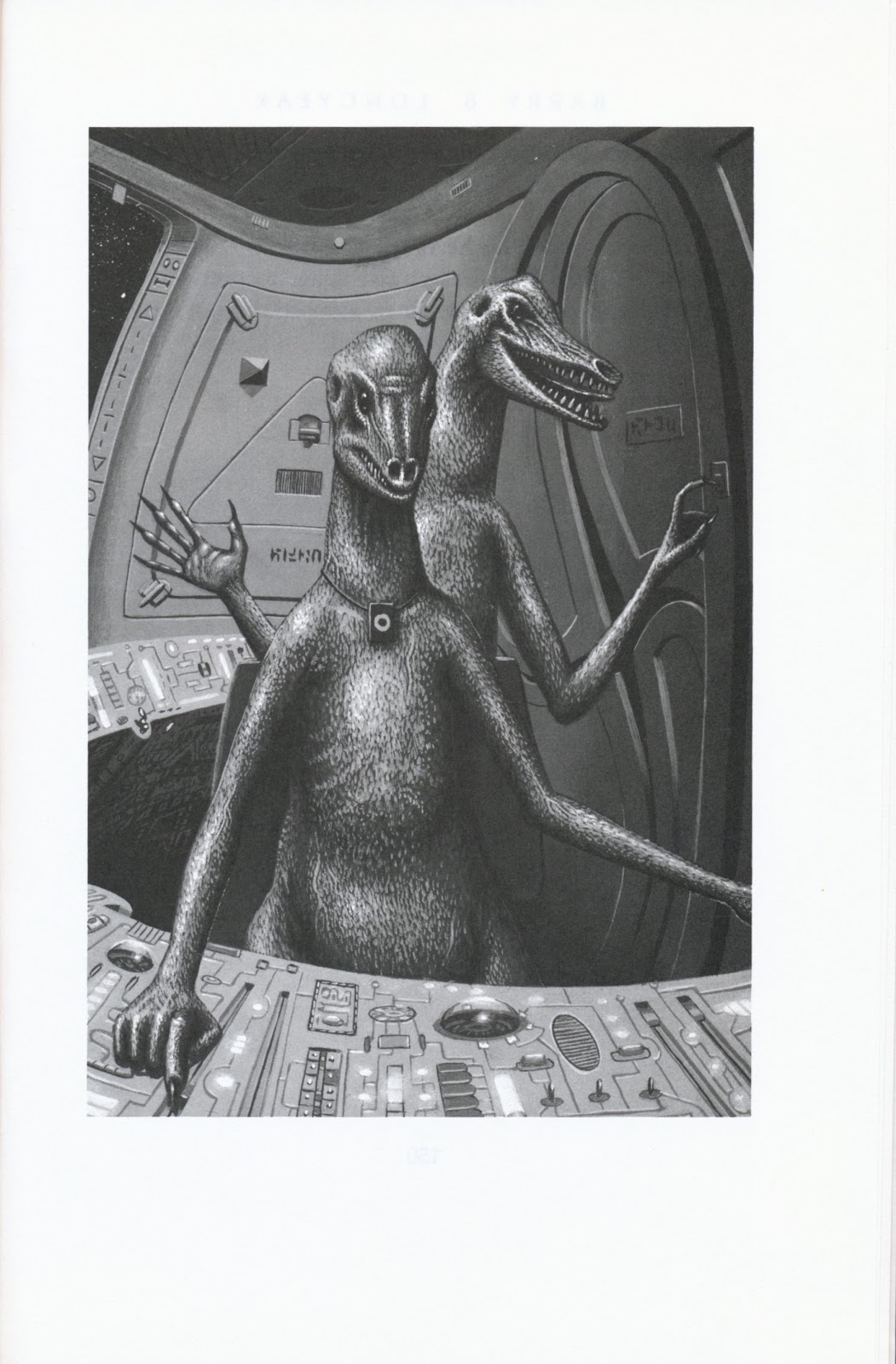