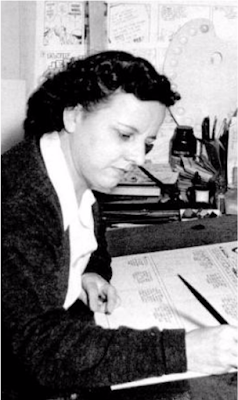 Women in Comics
Daisy Swayze was born around 1907 in Monroe, Louisiana, based on the 1910 U.S. Federal Census enumeration which said she was three years old. Her birth year increases in subsequent censuses. Daisy was the youngest of three children born to Louis Herbert Swayze, a riverboat engineer, and Mildred. Also in the household was Daisy’s maternal grandmother, Mamie Turner. They lived in Monroe at 711 Grammont.
An early mention of Daisy was in the Monroe News-Star, May 24, 1911, “Daisy the little daughter of Mr. and Mrs. L. H. Swayze has been ill for a week or more.”
The 1920 census said Daisy was twelve years old. New to the household was Marc, age six, who would become an illustrator and comics artist. Daisy’s father was a steamboat master. The family address was unchanged.
The headline in the Monroe News-Star, September 13, 1923, read, “Miss Daisy Swayze Given First Prize in Saenger Contest”.
Daisy was in the class of 1926 at Monroe City High School. She was one of 52 graduates.
In the 1930 census, 21-year-old Daisy, her parents, older sister, Mildred, and Marc resided at 510 Auburn Avenue in Monroe. Her father was a steamboat captain.
According to the 1940 census, Daisy (age 28) and her sister, Mildred, were new workers. They lived with their parents at 2007 South Grand in Monroe. Their father was employed at the city street department.
Daisy’s mother passed away February 9, 1941. The Monroe News-Star reported her death the following day.
Marc has not been found in the 1940 census. On October 16, 1940 Marc signed his World War II draft card which said he lived in Memphis, Tennessee. He was assisting cartoonist, Russell Keaton, who was drawing the comic strip Flyin’ Jenny. Who’s Who of American Comic Books 1928–1999 said Marc did the lettering. At some point Marc returned to Monroe. The Monroe Morning World, September 7, 1941, said Marc accepted a position at the Fawcett Publishing company in New York City. During World War II Marc enlisted in the army on November 28, 1942. He was discharged in 1944. At some point Marc traveled to New York and picked up the art chores on the Flyin’ Jenny Sunday page, and, from Fawcett, he got the Phantom Eagle. He worked at home in Monroe and enlisted his sister, Daisy, to do the lettering. Alter Ego #100, March 2001, reprinted Marc’s interviews in Fawcett Collectors of America Newsletter #11, November 1978, and #41, Spring 1988. He said

… Daisy, who did just about all my lettering from 1945 [sic] on. She was one of the greatest letterers, according to Roy Ald and Will Lieberson. When I left New York with Flyin’ Jenny under one arm and Phantom Eagle under the other, I wrote my sister—sending her lettering samples—and told her I needed her help doing lettering. She had never claimed to have any art abilities but took on the assignment. At first it was rough, but eventually she developed her own style. Once I received a letter praising the clarity of my lettering. I had to write back and confess it was the work of my sister, Daisy!

... Swayze’s sister Daisy assists in the inking and lettering.
But she has only been able to lend her aid since the artist’s return here from New York, where he was for some time doing illustrations and commercial art for magazines before taking to the fruitful comic field. ...

Wow Comics, #31 November 1944, “The Phantom Eagle in the Hills of Araby”, top panel introduction lettered by Marc; rest of the story lettered by Daisy. 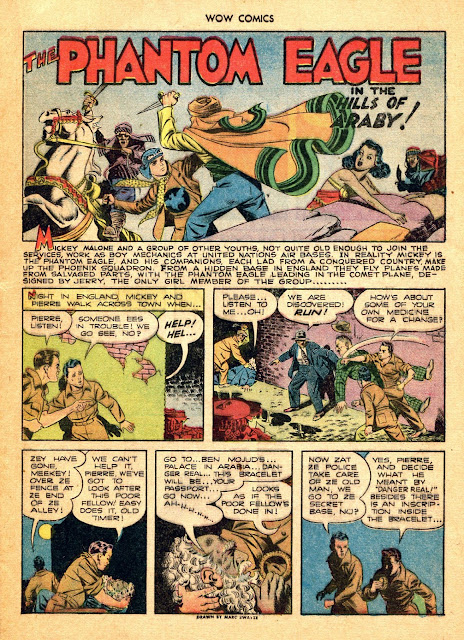 The Monroe, Louisiana and West Monroe, Louisiana City Directory 1947–48 listed Daisy,  her father, sister, Mildred, and brother, Marc. Mildred was also an artist.
Daisy’s father was home when he passed away on March 23, 1950.
In 1950 Daisy was a deputy in the tax office of Ouachita Parish Tax Assessor Odis Russell.
The Monroe Morning World, November 26, 1950, profiled Marc and mentioned his work in Sweethearts, a Fawcett comic book. “Lettering of the strips are done by M. D.’s sister, Daisy Swayze, who is recognized as being an outstanding professional. The team of brother and sister are at present the only known one in the free lance artist field.”
In the Fawcett Companion: The Best of FCA (2001) Marc said

... Also, while digging out the old comics, I noticed that in one of the Fawcett romance comics featuring my work, Life Story #21, 1950, all three stories were done by me, except for the lettering which was done by my sister Daisy ... 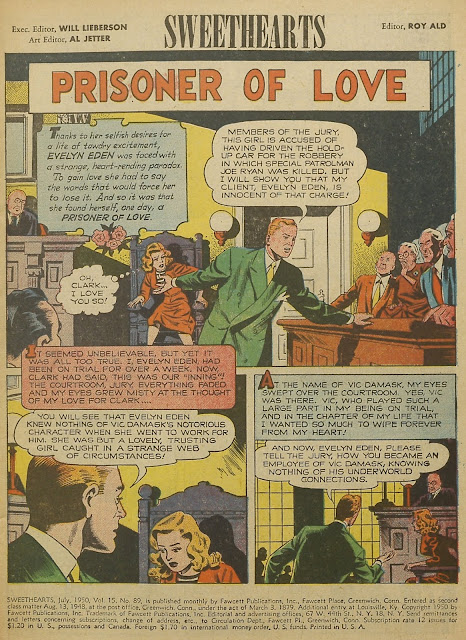 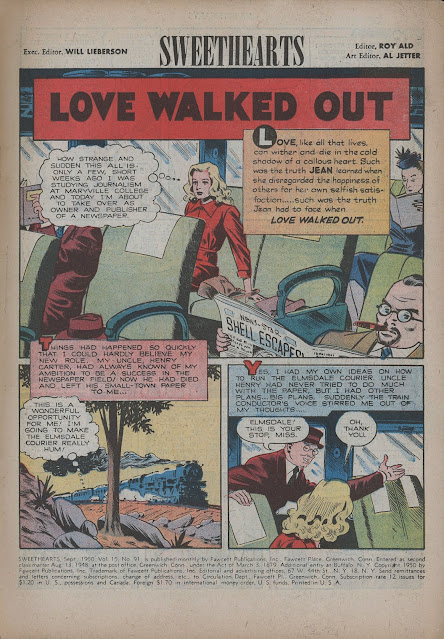 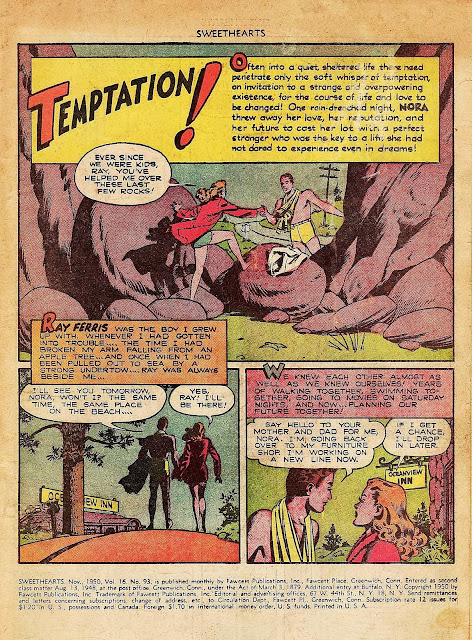 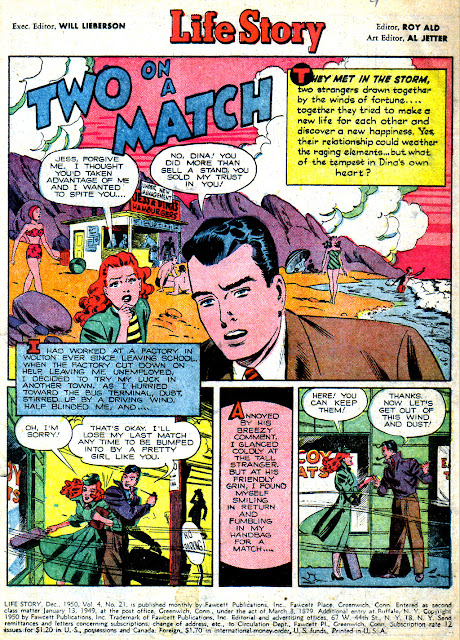 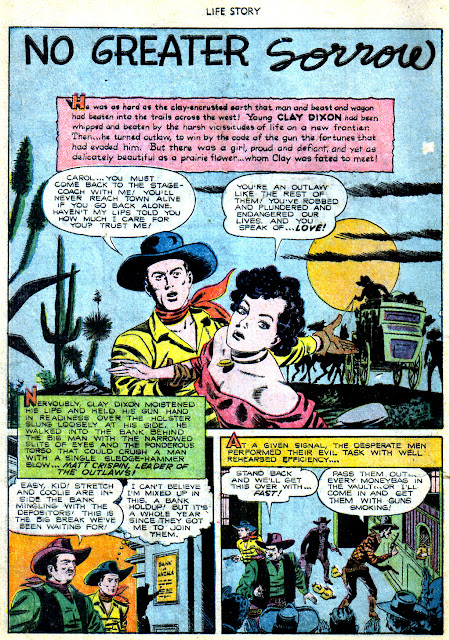 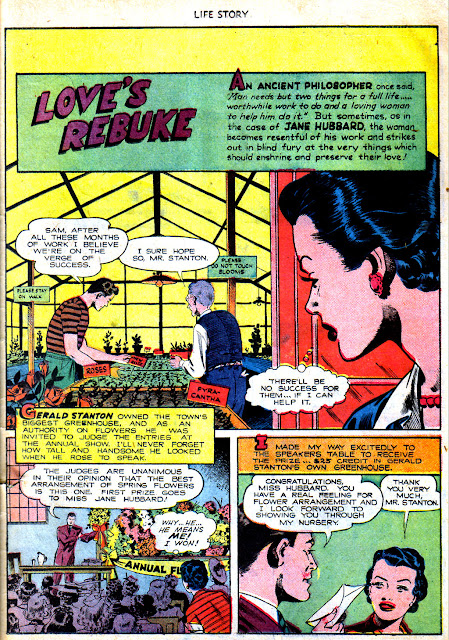 Miss D. Swayze Dies; Funeral Slated Friday
Miss Daisy Swayze, 1202 Riverside Dr., Monroe, deputy in the office of the Ouachita Parish Tax Assessor, died early today after suffering an apparent heart attack.
Funeral services will be held at 4 pm Friday in the chapel of Mulhearn Funeral Home of Monroe with the Rev. Lea Joyner, pastor of the Southside United Methodist Church, officiating.
Burial will follow in the Old City Cemetery.
Miss Swayze, a native of Monroe and member of a pioneer area family, suffered the apparent attack at her home. She was pronounced dead on arrival at Glenwood Hospital.
She had worked as deputy assessor since 1950. She was a member of the Southside United Methodist Church.
Survivors include two brothers: Marcus Desha Swayze of Monroe; Louis Herbert Swayze, Jr. of Atlanta, Georgia; and several nieces and nephews.

A second article about the funeral appeared the next day.

Miss Daisy Swayze
Funeral services for Miss Daisy Swayze, 1202 Riverside Drive, Monroe, will be held at 4 p.m. today at Mulhearn’s Funeral Home of Monroe with the Rev. Lea Joyner officiating.
Burial will be in the Riverview Cemetery under direction of Mulhearn’s Funeral home.
Miss Swayze died early Thursday at her residence after an apparent heart attack.
She was a deputy in the tax office of Ouachita Parish Tax Assessor Odis Russell, a position she had held since 1950.
Miss Swayze was a native of Monroe and a member of a pioneer family in the area. She was member of Southside United methodist Church.
Survivors include two brothers, Marcus D. Swayze of Monroe and Louis H. Swayze Jr. of Atlanta, Ga., and nieces and nephews.
Pallbearers will be O. H. Walker, Odis Russell, Bill Hardin, Justin Fogelman, M. A. Denoux, Bill Downey, Gladden Walters and Wayne Huff. 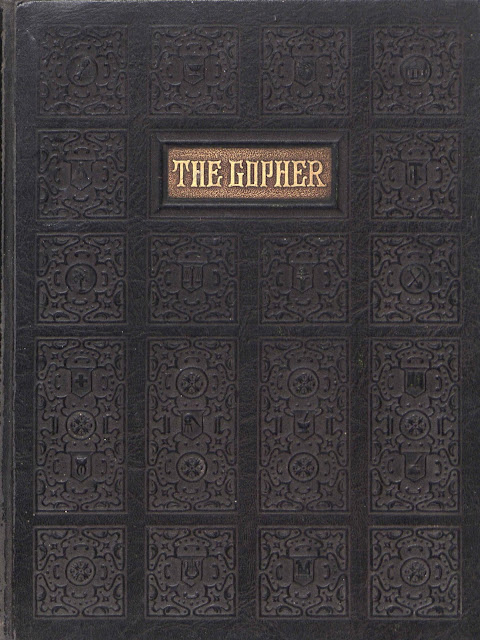 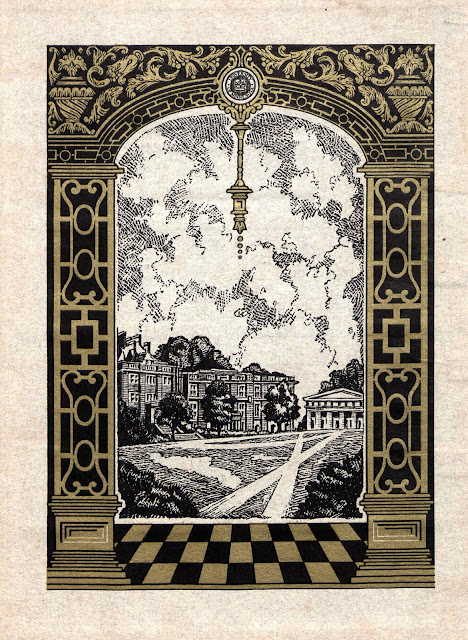 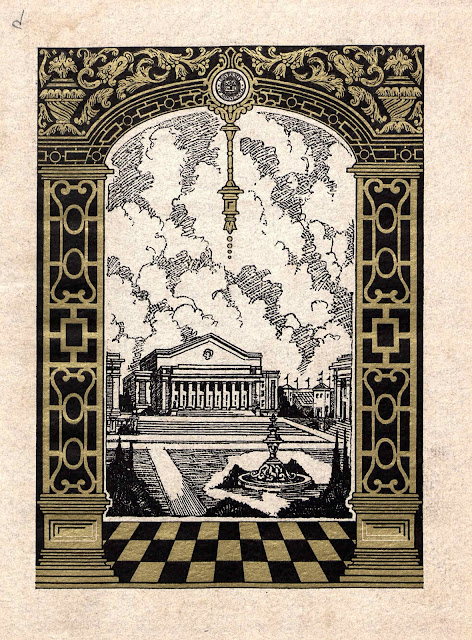 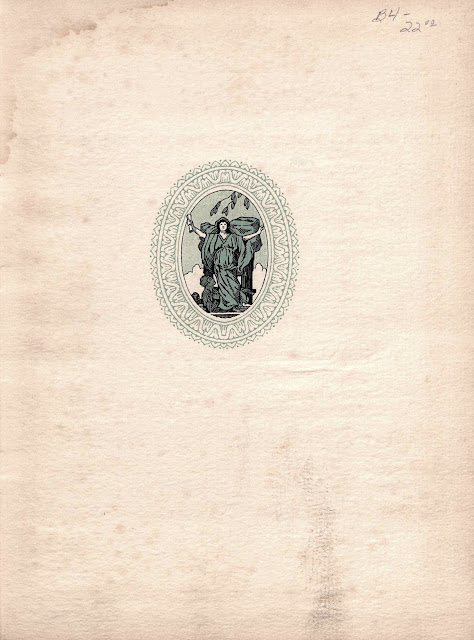 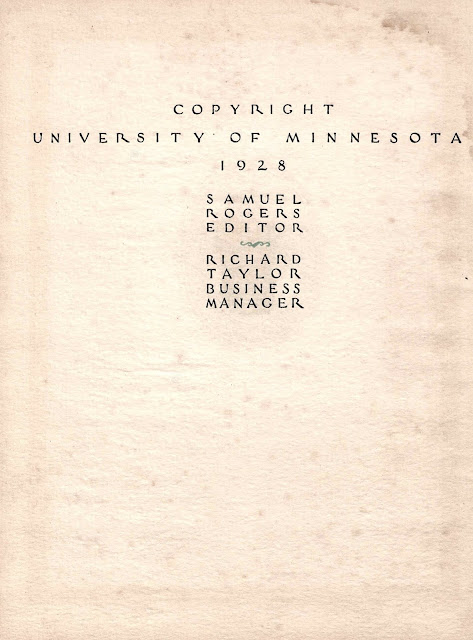 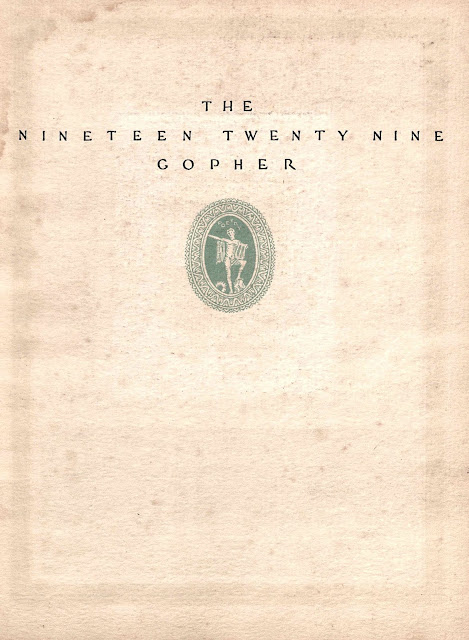 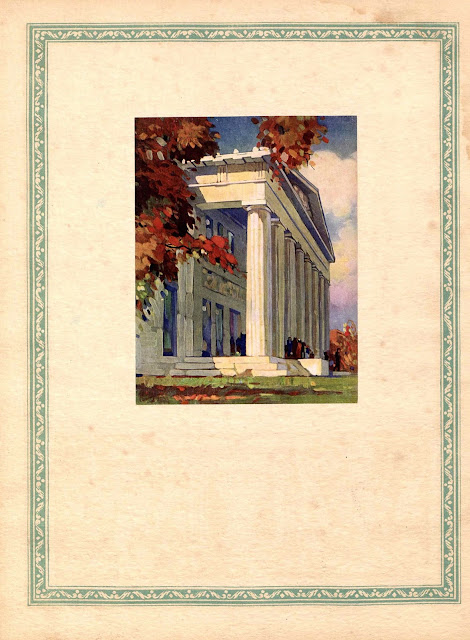 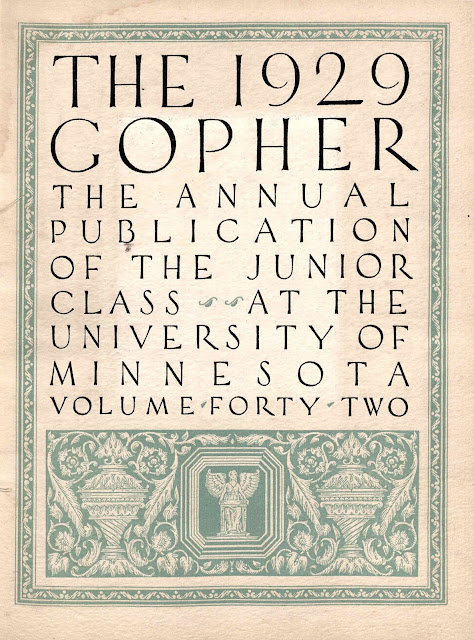 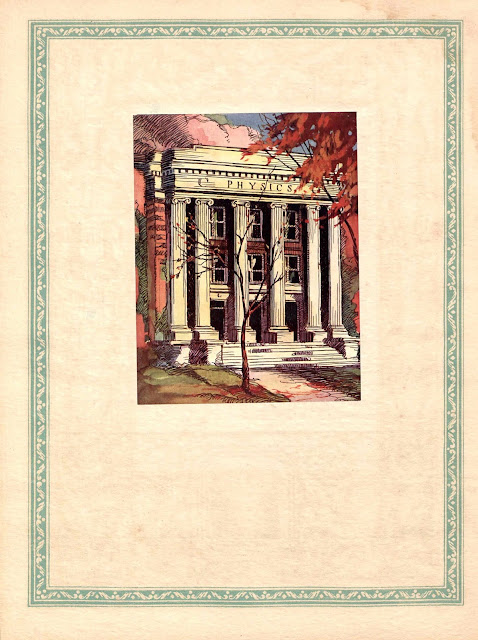 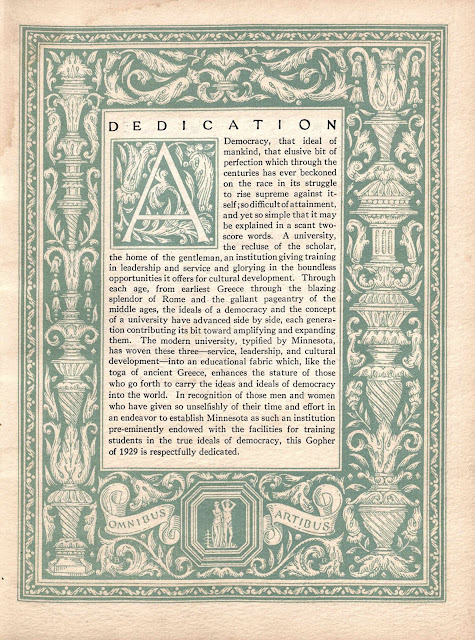 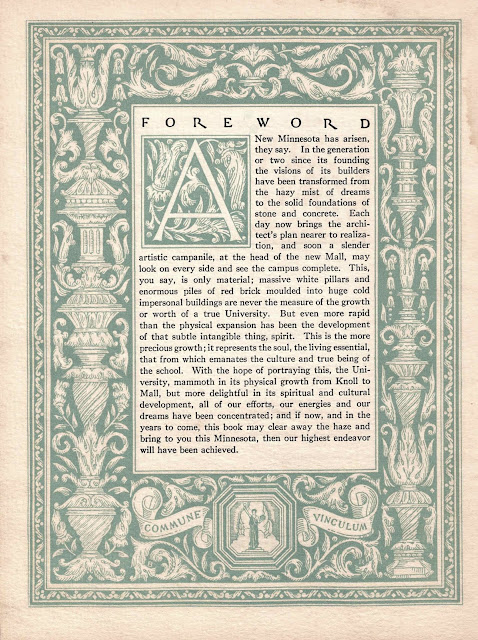 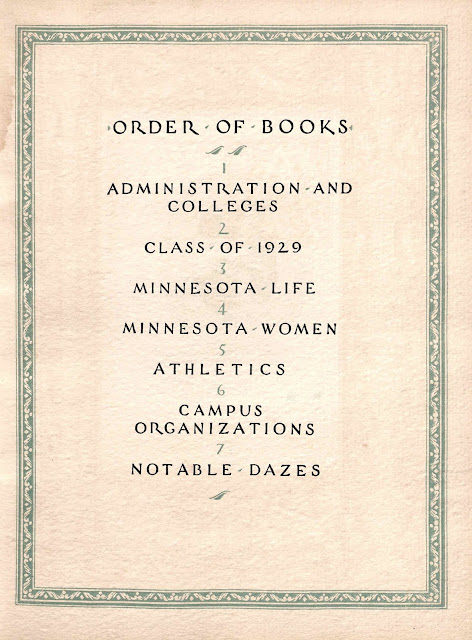 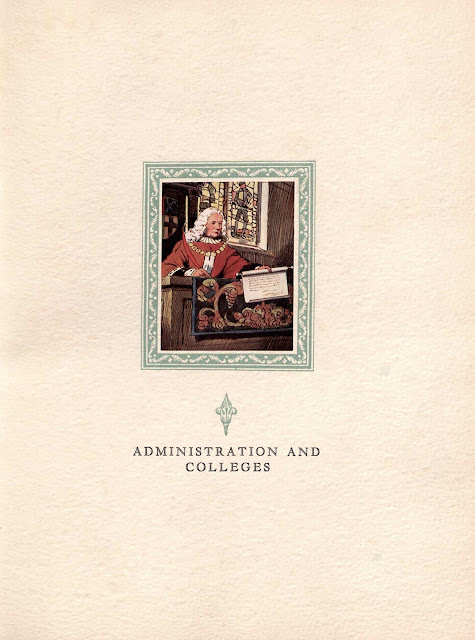 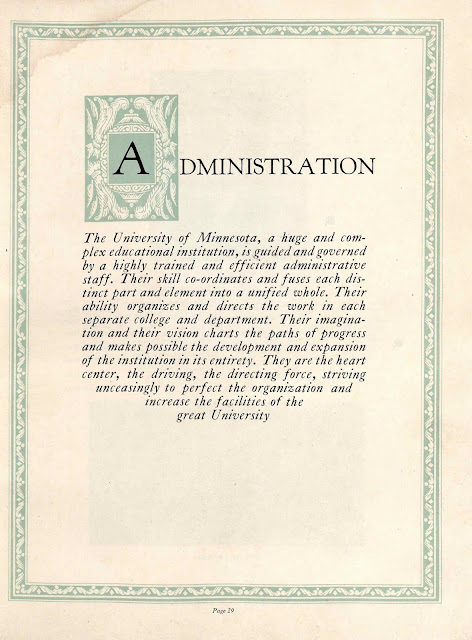 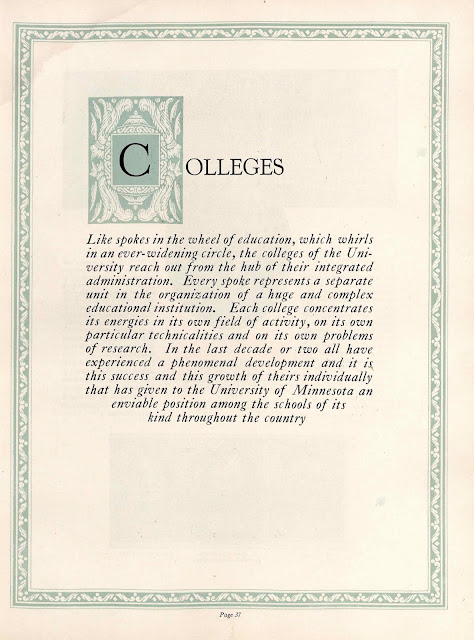 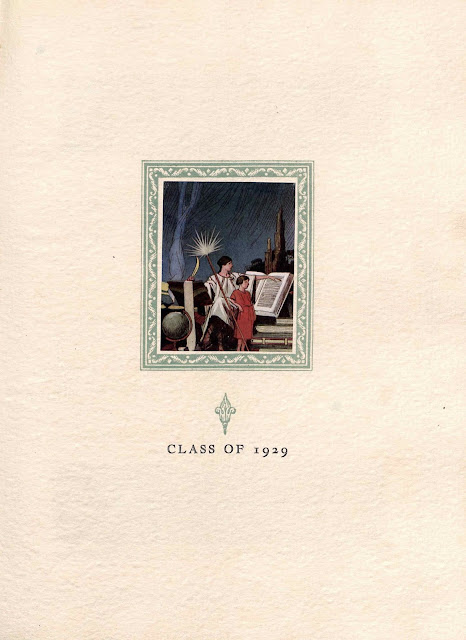 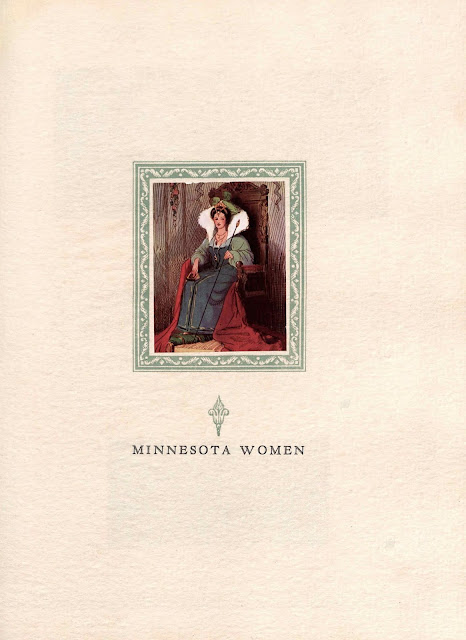 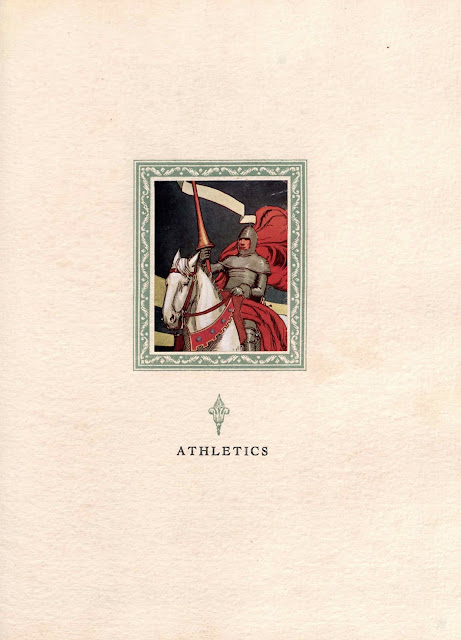 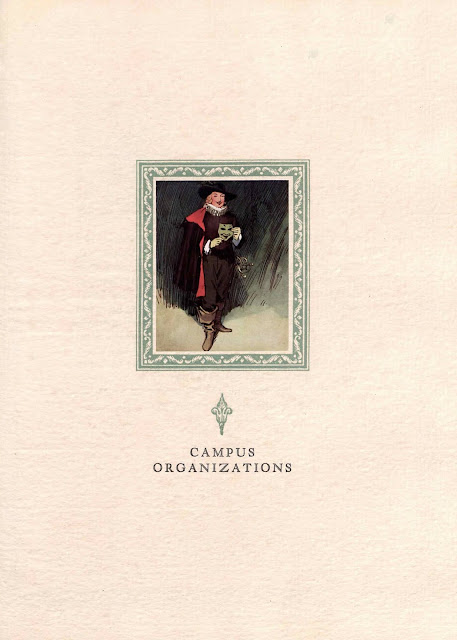 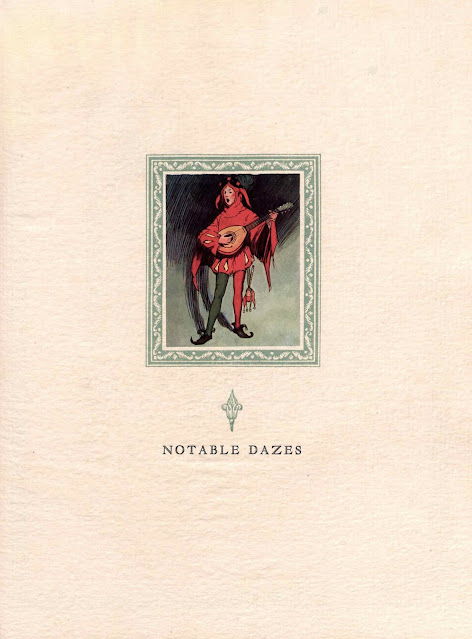 Related Post
The 1928 Gopher Yearbook
(Next post on Monday: Daisy Swayze, Letterer)
Posted by Alex Jay at 8:00 AM No comments: