George Gregory Kapitan was born on July 23, 1919, in Manhattan, New York City. His full name was on his Florida death certificate and the birth information from the New York, New York, Birth Index at Ancestry.com.

Kapitan’s father emigrated to the U.S. His Petition for Naturalization said he arrived in New York as Gregorios Kapitanakis on November 3, 1910. He was born in Spile, Turkey. The petition named his wife, Anna, and three children, Anthony, George and Mary, and their birth dates. In 1922 Kapitanakis, who had adopted the name Gregory Kapitan, declared his intention to become a citizen. On May 21, 1928 he was officially declared a citizen.

According to the 1930 census the Kapitan family numbered six: the parents, two sons and two daughters. They lived in the Bronx at 582 East 140 Street. Kapitan’s father was a bakery salesman.

The 1940 census said the Kapitan family remained in the Bronx but at a different address, 3120 Buhre Avenue. Kapitan’s highest level of education was the eighth grade and he was unemployed. On October 16, 1940, Kapitan signed his World War II draft card in the Bronx. His employer was the Jackson Electric Corporation in Manhattan. Kapitan’s description was five feet five inches, 132 pounds, with brown eyes and hair.

Kapitan’s comics career also began around 1940. He did lettering and writing at the comics shop Funnies, Inc. His scripts were used by at least seven publishers. 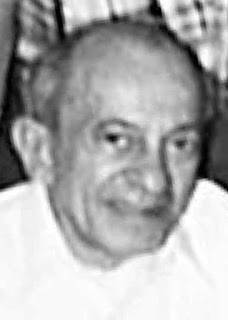 
… family and friends were invited over to the house. I remember Stan Starkman, George Kapitan, and Herbie Cooper from Timely Comics coming to visit. …

George Kapitan was a real sweetheart, as was his wife, Rose. Stan and Suzie Starkman, and Herbie and Marilyn Cooper would come over, too. I know George and Herbie aren’t with us any longer. I liked those guys, and they were a charming group, but my dad didn’t mix his kids with his friends. We’d come out and say, “Hi,” and then go back into our rooms. [laughs] …


In the 1960s Kapitan worked for the Brooklyn greeting card company, Charm Craft Publishers. The company had this entry in The Writer's Handbook (1964).


Charm Craft Publishers, Inc.—33 35th St., Brooklyn, N. Y. 11232. Address all general verse, everyday and seasonal, to Verse Editor. Humorous and studio ideas to George Kapitan, Humor and Studio Director. Verses should be concise, yet warm, and should sound sincere, however sentimental they may be. Spring line (Mother’s and Father’s Day, Graduation and Easter); January through June; Christmas, July through September; Valentines; October through December. Everydays may be submitted at any time. Pays $1 per line for verse. For Humor line: humorous applications of situations that relate to the card receiver, and Studio ideas can run the gamut, from conversational to kooky, but must be unique and if possible graphically novel in approach. Pays $15 to $30 per idea for Humor, $20 to $40 per idea for Studio.


In 1990 Kapitan lived in East Northport, New York. At some point he retired to Panama City Beach, Florida. Kapitan passed away on November 27, 1996, in Panama City. He was laid to rest at Pensacola Memorial Gardens. His wife passed away on June 22, 2017.

(Next post on Monday: Gilbert Paper Letterhead Promotion)
Posted by Alex Jay at 8:00 AM