Wurtzel’s father signed his World War I draft card on June 5, 1917. His address was 81 Willet Street in Manhattan.
On August 10, 1917 Wurtzel’s brother, Jacob, was born in Manhattan.

The Wurtzel family has not yet been found in the 1920 U.S. Federal Census and 1925 New York state census.

Wurtzel’s father passed away on June 15, 1928. He was laid to rest at Mount Hebron Cemetery.

According to the 1930 census Wurtzel’s mother was unemployed and head of the household. Staying with the family of three was a female boarder. They resided at 81 Willet Street.

The 1940 census said Wurtzel was a magazine cartoonist who earned 310 dollars in 1939. He had completed three years of high school. Wurtzel lived with his mother and brother in Manhattan at 9 Avenue D.

On July 1, 1941 Wurtzel signed his World War II draft card. He was an artist and letterer employed at Timely Publications, 330 West 42nd Street. His description was five feet nine inches, 160 pounds, with gray eyes and blonde hair. Wurtzel’s address was 40 Jackson Street in Manhattan, the same as his mother and brother, who signed his draft card on October 16, 1940. 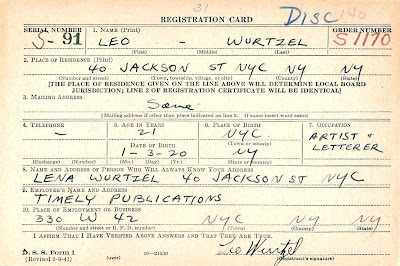 After his discharge Wurtzel continued working in the comic book industry. In The Comics Journal Library: The EC Artists Part 2 (2016), artist George Evans remembered Wurtzel at Fiction House and said he was “one of the best letterers of the time”. 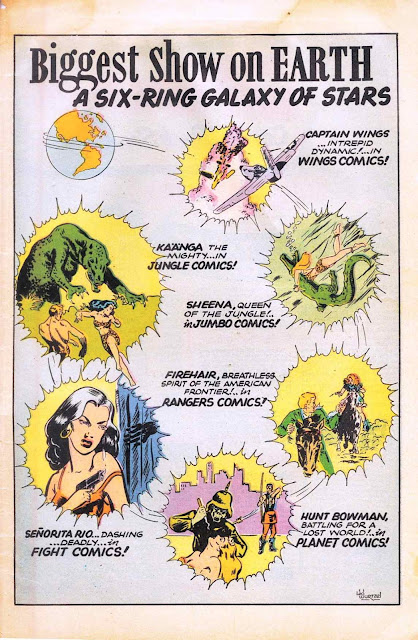 I believe there was a reference to Wurtzel in the Kayo Kirby story of Fight Comics #47, December 1946. In panel two is a sign for Leo’s. 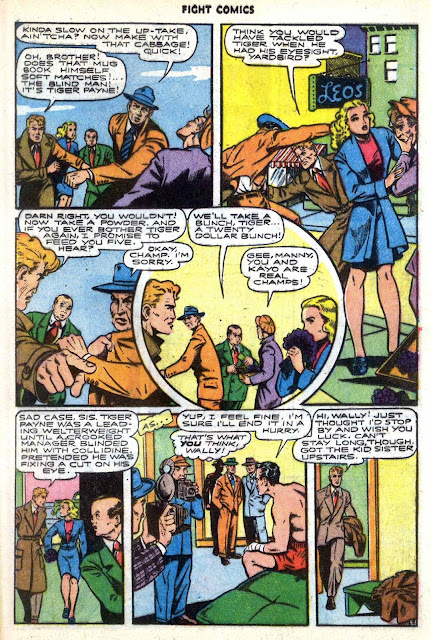 Wurtzel was listed as a letterer in Forbidden Adventures: The History of the American Comics Group (1996).

A small amount of information on Wurtzel’s comics career is at the Grand Comics Database and Who’s Who of American Comic Books 1928–1999.

Wurtzel and his brother were registered voters in the Board of Elections of the City of New York, City Record Supplement, Transcript of Enrollment Books, Borough of Manhattan, 1949. Their address was 40 Jackson Street. At some point they moved to Brooklyn.

Wurtzel’s mother passed away on December 6, 1949 in Brooklyn. She was laid to rest at Mount Hebron Cemetery in Queens.

A passenger list, dated January 4, 1953, listed the address of Wurtzel’s brother as 3022 Avenue V in Brooklyn. The Public Records Index at Ancestry.com had the same address for Wurtzel and his wife in 1975. Their residence in 1992 was 2190 Brigham Street, Apartment 5E, in Brooklyn.

Wurtzel’s wife, Lillian, passed away November 19, 1995 in Brooklyn. Wurtzel’s brother, Jacob, was 102 when he passed away in Delray Beach, Florida, according to his obituary in the South Florida Sun Sentinel, December 22, 2019. The survivors included 99-year-old Wurtzel, his children David, Robert and Marcia, and many grand nieces and nephews.

Spokeo says Wurtzel is 101 years old and living in Valley Stream, New York. It has public records linking him to several addresses including one in Louisiana, where he may have lived with or nearby one of his sons. VoterRecords.com has David, a Democrat in New Orleans, and Robert, a Republican in Mandeville.

There is a possibility Wurtzel passed away on August 20, 2020 in Kenner, Louisiana.