Grace Kremer was born Grace B. Callori on March 16, 1924, in Jersey City, New Jersey. Her parents were Gustav Robert Callori and Mildred C. Tufaro. Kremer’s birth date was found at the Social Security Death Index and the birthplace was recorded on her death certificate which was transcribed at Ancestry.com.

A 1925 Jersey City city directory listed Kremer’s father as a clerk and his address as 176 Boyd Avenue.

In the 1930 U.S. Federal Census, Kremer and her parents resided at 392 Fulton Avenue in Jersey City. Her father was a traffic clerk.

Kremer’s sister, Phyllis, was nine years old in the 1940 census. Kremer had completed two years of high school. The Callori family remained at the same address.

Kremer graduated from Snyder High School in June 1941. She was on the art staff of the school yearbook, The Scroll, and contributed unsigned drawings. 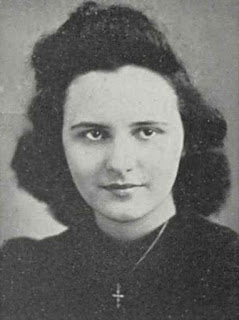 At some point Kremer found comic book work in New York City. She was a letterer at Ace Publications and worked on the title, Hap Hazard, which was drawn by Warren Kremer, his first comic book assignment. In his book, The Best of the Harveyville Fun Times! (2006), Mark Arnold wrote: “It was also in 1947, that [Warren] Kremer married his longtime letterer Grace (whom he met while working at Ace); and in 1948, he started freelancing for Harvey Comics.” Some of her credits are here.

The New York, New York, Marriage License Index, at Ancestry.com, said the couple obtained their license on October 27, 1947 in Manhattan. The license had Kremer’s middle initial, B.

The Kremers were in the 1957 Bloomfield, New Jersey city directory which had the address 77 Golf Road.

When Harvey Comics ceased publishing in 1982, the Kremers worked for Marvel Comics in the second half of the 1980s. Samples of their art and lettering are here. 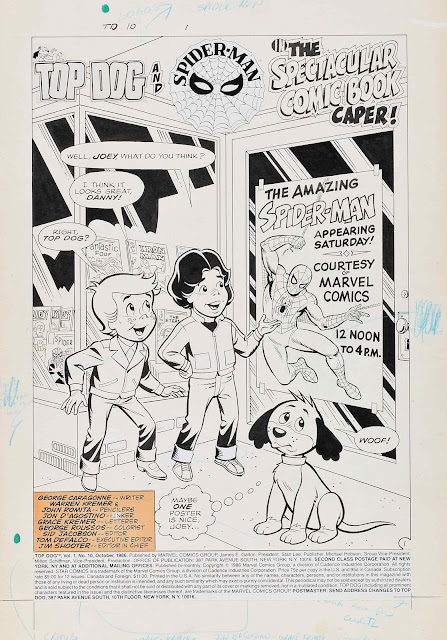 Kremer’s husband passed away July 24, 2003. An obituary is here and a profile here.

Visitation will be at Frank Halpin’s Brookdale Funeral Home, 1284 Broad St., Bloomfield, on Wednesday, Aug. 8, from 2 to 4 and 7 to 9 p.m. The funeral will be Thursday, Aug. 9, at 9 a.m. from the funeral home. The Funeral Liturgy will follow in Saint Thomas the Apostle Church, 60 Byrd Ave., Bloomfield, at 10 a.m. Entombment will be in Gate of Heaven Mausoleum, 225 Ridgedale Ave., East Hanover, N.J.

Born in Jersey City, N.J., Mrs. Kremer had lived in Bloomfield for 55 years. She was a freelance artist for Ace Magazine, Harvey Comics and Marvel for more than 40 years. She was a former member of the Bloomfield Art League. Mrs. Kremer was predeceased by her husband, Warren Kremer. She is survived by four children, Richard Kremer, Maryanne Ames and her husband, Allen, Peter Kremer and Suzanne Petrozzino and her husband, Ron; a sister, Phyllis Antoshak, and two grandchildren, Alicia and Michael Petrozzino.

In lieu of flowers, please make memorial donations to the Alzheimer’s Foundation (alz.org).

(Next post on Monday: On the Road with The Boss)
Posted by Alex Jay at 8:00 AM