Will Bradley, The Inland Printer, July 1894 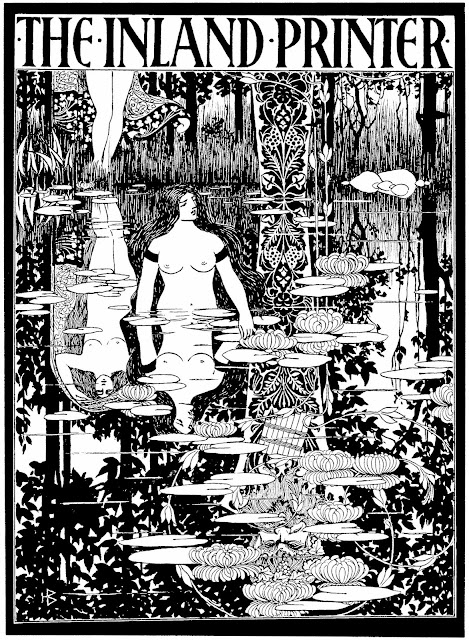 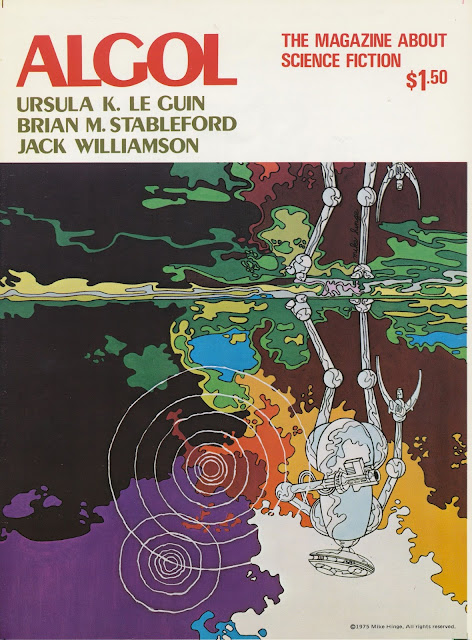 (Next post on Monday: Richard Hudnut and Helena Rubenstein Trademarks)
Posted by Alex Jay at 8:00 AM 3 comments: 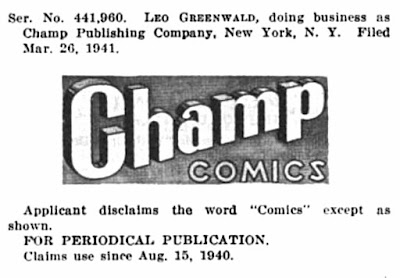 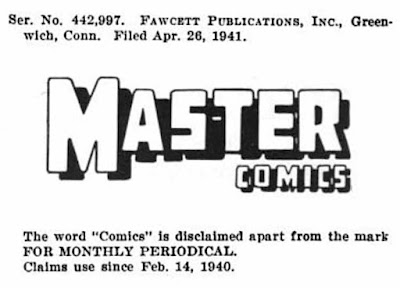 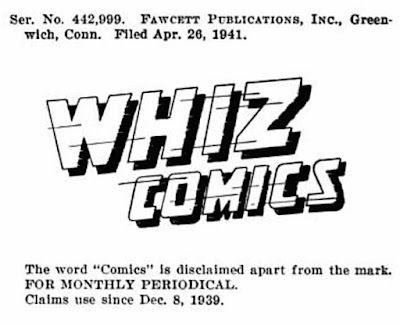 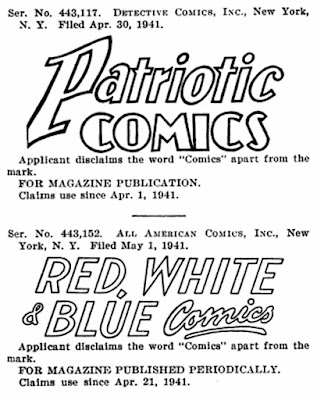 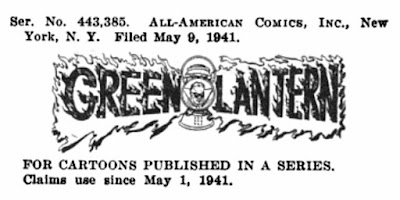 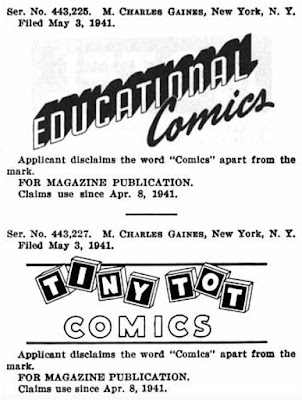 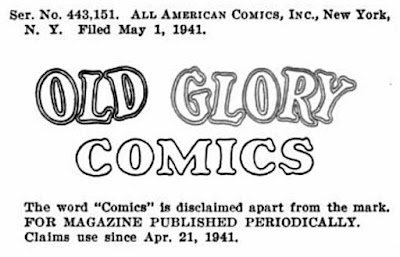 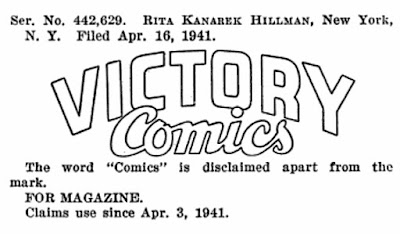 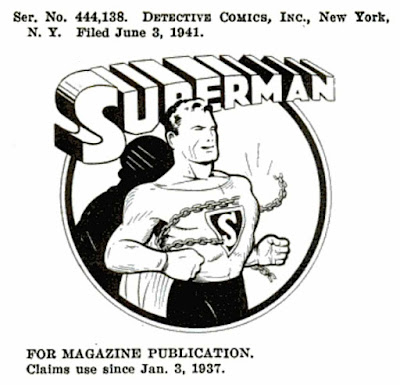 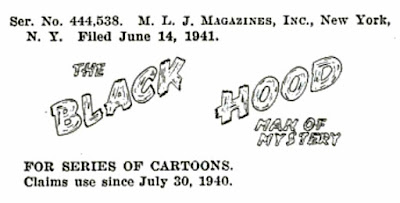 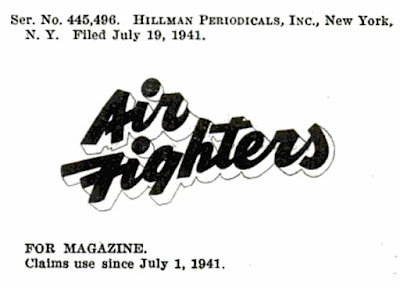 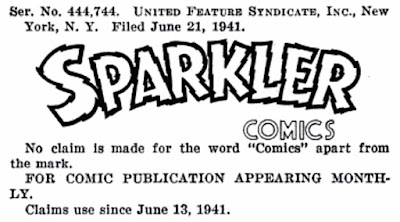 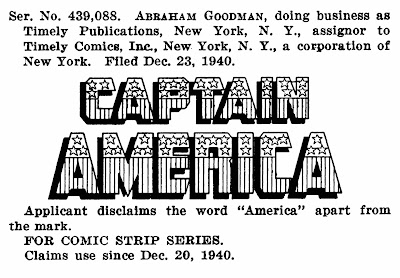 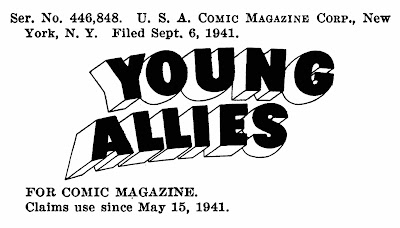 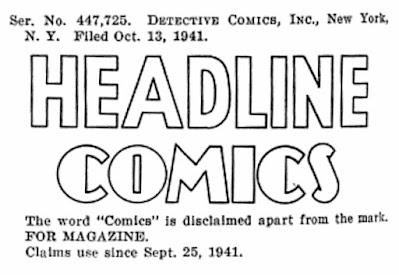 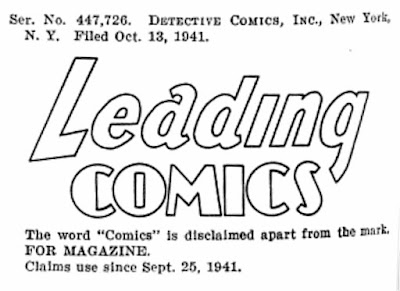 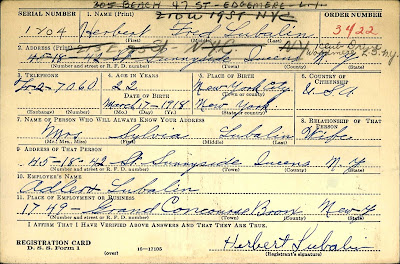 Sheldon “Shelly” Leferman was born on August 22, 1922, in Stamford, Connecticut, according to his World War II draft card. His Social Security application named his parents, Isadore Leferman, a Romanian emigrant, and Henrietta Kaufman, a New Yorker.

The 1930 U.S. Federal Census said Leferman was the youngest of three siblings. The family of five lived at 71 Warren Street in Stamford. His father was the proprietor in the news dealer business.

In the 1940 census the Leferman family was in Stamford at 261 Glenbrook Road. Leferman’s father operated a truck delivery for magazines. Leferman completed three years of high school. Information about his art training has not been found.

Who’s Who of American Comic Books 1928–1999 said Leferman did gag cartoons for local newspapers and national magazines in the early 1940s.

On June 30, 1942, nineteen-year-old Leferman signed his World War II draft card. He lived with his parents at 273 Glenbrook Road. His draft card said he was employed at Magazine Photo-Engraving Company in Stamford. Leferman’s description was five feet seven inches, 130 pounds, with brown eyes and hair.

A Navy muster roll dated November 30, 1943, at Ancestry.com, placed Leferman at the Naval Construction Training Center at Camp Peary, in Williamsburg, Virginia. He enlisted on November 3, 1943 at New Haven, Connecticut. His service number was 8082006. Leferman was a seabee in the 28th Special Naval Construction Battalion. A book about the battalion, Cargo Soundings Album, was published in 1946. It covered the battalion’s service, from April 1944 to November 1945, in the Pacific Theatre. The album had scores of photographs but no one was identified except in the formal portraits. Below is a photograph of an artist who appears to fit the description of Leferman, who had brown hair. 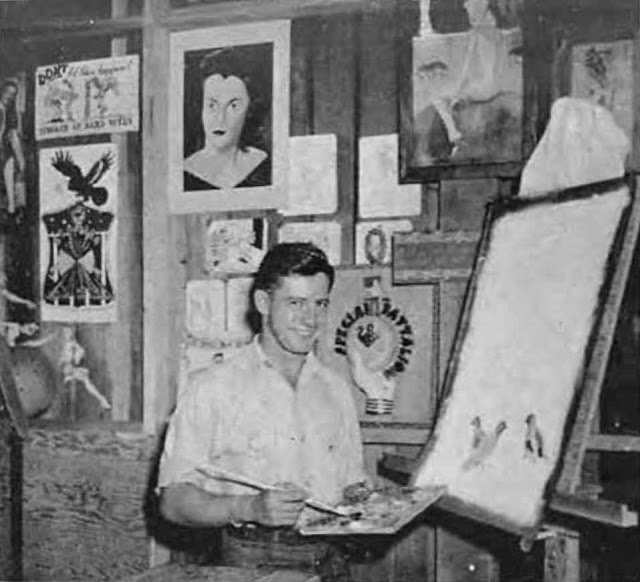 The Stamford Advocate, March 31, 2007, said “… Upon discharge from the Navy, Shelly who was a gifted illustrator went to work for King Features in New York where he worked on such comics as Batman and Superman. He was a member of the Cartoonists Guild of America. …”
Leferman’s idea was used in Jimmy Hatlo’s cartoon panel, They’ll Do It Every Time, May 31, 1949. 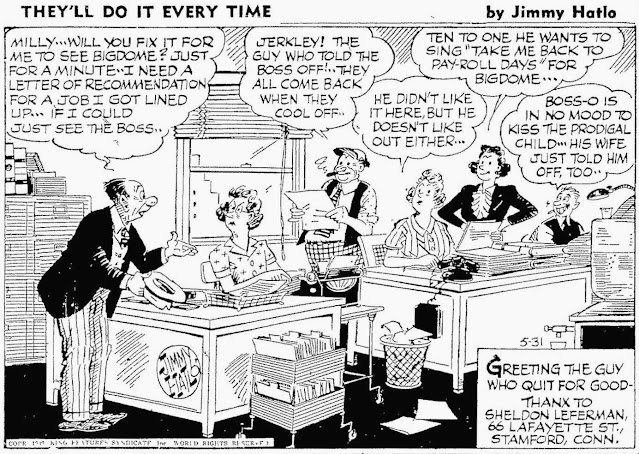 Leferman was in a 1949 softball team photograph published in The Jewish Communities of Greater Stamford (2002).
Stamford city directories, from 1947 to 1957, listed Leferman as a cartoonist in New York. The 1958 and 1959 Darien, Connecticut directories said he worked at Picturette Printing Company. During the first half of the 1960s, Stamford directories said Leferman was supervisor and artist at Brock Press. In the second half of the 1960s he was at King Features Syndicate. Directories for 1970 and 1971 listed him as a commercial artist in New York. 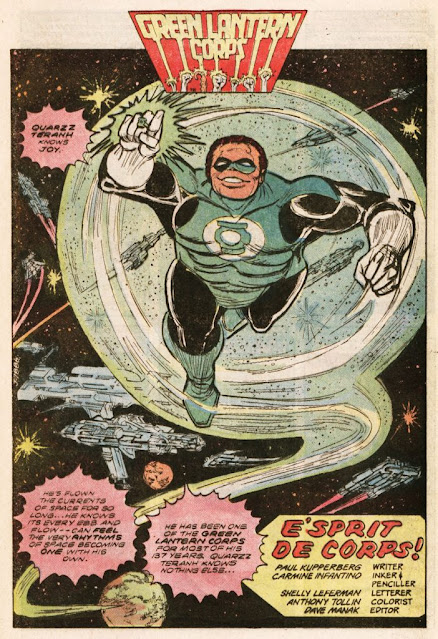 … But his passion for cartoons and illustrations gave him another career at Stew Leonard’s in Norwalk as their art director. Much of his work can still be seen today throughout the store and on much of the packaging. He retired from Stew Leonard’s at the age of 78 after 22 years and won several awards for his design work. ...

Leferman passed away on March 30, 2007, in Stamford. He was laid to rest at Independent Stamford Lodge Cemetery.