(Next post on Friday: Happy New Year)
Posted by Alex Jay at 8:00 AM No comments:

Comics: Sparky Watts by Tom DeAngelo and Others

Tom DeAngelo was born on December 27, 1916, in Brooklyn, New York. The New York, New York Birth Index, at Ancestry.com, recorded his name as Arcangelo De Angelo. In the 1920 U.S. Federal Census, DeAngelo was the youngest of seven children born to Joseph, a building contractor, and Phillipa, both Italian emigrants. The family lived in Brooklyn at 288 20th Street. The 1925 New York state census recorded the family at 291 20th Street. According to the 1930 census the DeAngelos resided at 323 17th Street in Brooklyn.

The 1940 census said cartoonist DeAngelo’s highest level of education was two years of high school. In 1939 he earned $1,200. DeAngelo and his older brother Peter lived in Brooklyn at 332 Prospect Avenue. All of the censuses had DeAngelo’s first name as Angelo.

If you’ve ever wondered why Superman has a cape of red and eyes of sparkling blue, talk with Tom DeAngelo of Windsor Terrace. DeAngelo is the cartoonist who gave Superman his true colors back in 1937, when he failed to fly as a black-and-white, daily comic strip character.

DeAngelo, who was employed by DC Comics, said giving Superman his soaring colors was “nothing sensational. The colors had to be pleasant Nobody was ever dissatisfied with them. After the first edition, every other one just followed the same pattern,” he said.

DeAngelo signed his World War II draft card on October 16, 1940. The name on the card was “A. Thomas Tom DeAngelo” and his address was 143 Sealy Street in Brooklyn. He was employed at Columbia Comic Corporation in Manhattan. DeAngelo’s description was five feet eight-and-a-half inches and 130 pounds. He had gray eyes and brown hair. The top of the card said he was discharged June 2, 1943. 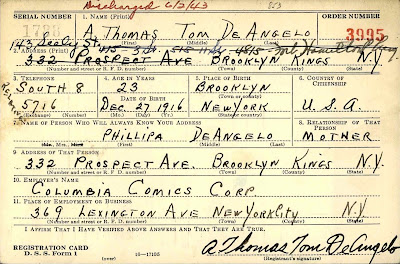 After his military service, DeAngelo resumed his job at Columbia Comic. He produced several Sparky Watts stories because its creator, Boody Rogers, was serving during the war.

Sparky Watts was licensed to the Eastern Color Printing Company. The fourth issue of Sparky Watts, 1944, featured five Sparky Watts stories of which three were numbered. The story by DeAngelo was number eight. Two unsigned stories were numbers seven and nine. There were two unnumbered stories by Rogers here and here.

DeAngelo’s first Sparky Watts story in Big Shot was issue forty-seven, July 1944. DeAngelo usually signed his name or initials on the last page of the story.

Here is a list of Sparky Watts stories by DeAngelo and possibly others.

The next issue resumed with Sparky Watts stories by Rogers.
N.W. Ayer & Sons Directory, Newspapers and Periodicals 1946 had a listing for Big Shot Comics and DeAngelo. A similar listing appeared in the 1949 edition.

DeAngelo created Basil the Royal Cat which was published by St. John Publishing in four self-titled issues dated January 1952; March 1952; May 1953; and September 1953. He filed for a trademark which was published in the Official Gazette of the United States Patent Office, April 28, 1953. 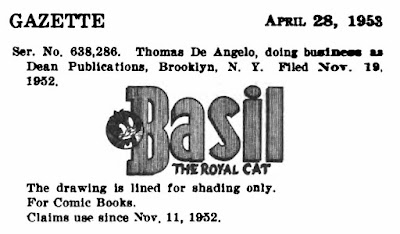 According to Writer’s Market ’69, DeAngelo continued as editor at Frank Jay Markey Syndicate. It’s not clear when the syndicate closed its doors.
The Daily News said DeAngelo was hired by CBS “where he was manager of the drafting department”. He retired from CBS around 1987.

DeAngelo passed away on June 23, 2004, in Brooklyn, New York. He was laid to rest at Green-Wood Cemetery, Lot 43033, Section R, Grave 1. When DeAngelo filed his Social Security application in December 1936, his name was Angelo Thomas DeAngelo. After his death the name was Thomas A. DeAngelo. 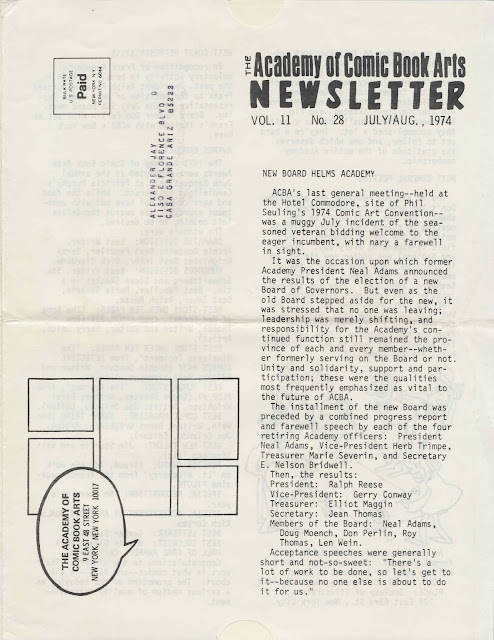 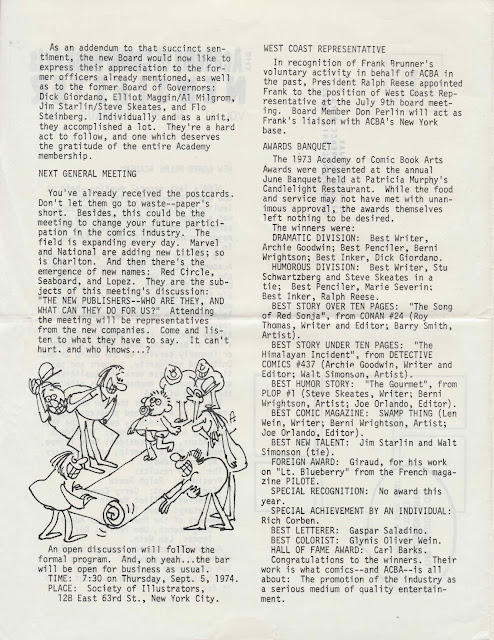 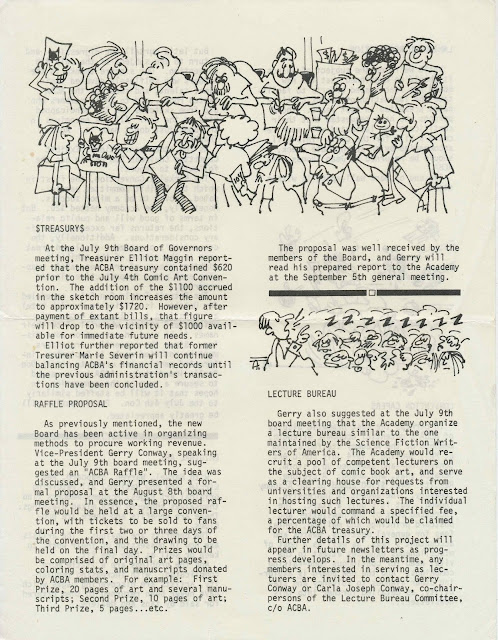 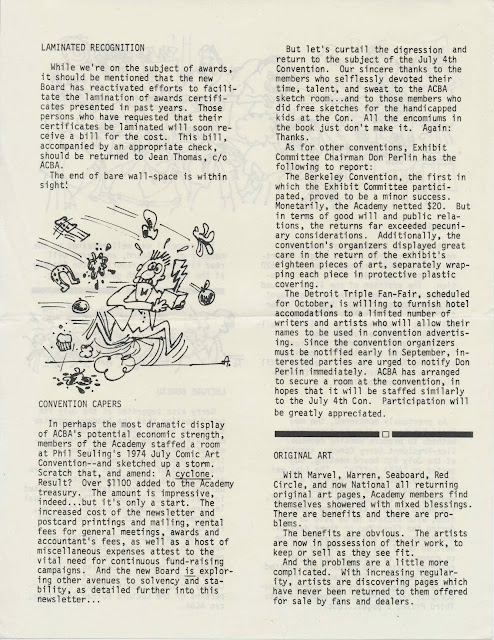 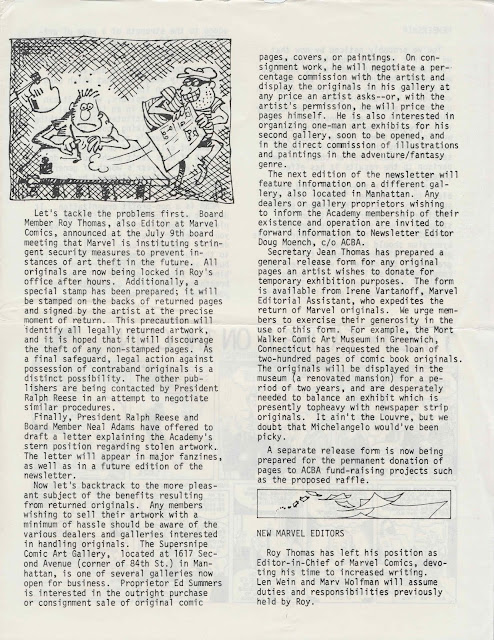 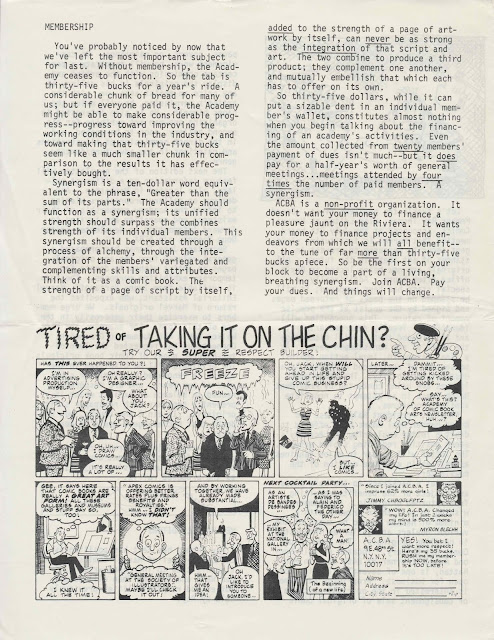 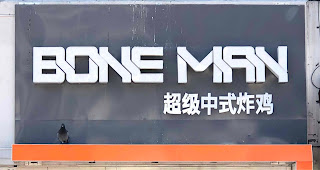 Benjamin “Ben” Rosen was born on October 20, 1920, in Detroit, Michigan, according to his World War II draft card. He was the son of Jacob and Lena, both Russian immigrants.
The 1920 United States Census was enumerated nine months before Rosen’s birth. At the time his mother was the head of the household that included three daughters, Mary, Ida and Dorothy and a son, David. They were Detroit residents at 699 Third.
The 1930 census said Rosen, his parents and three siblings lived at 7619 Byron Avenue in Detroit. His father was a retail hardware merchant whose house was valued at $16,500. 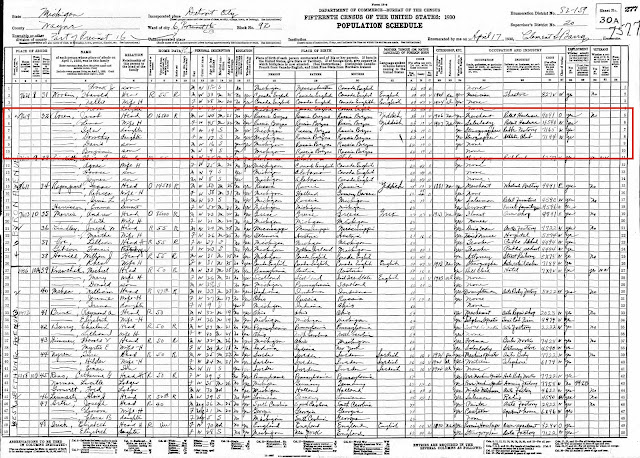 In January 1938, Rosen graduated from Cass Technical High School. He did not have a senior photograph in the yearbook. 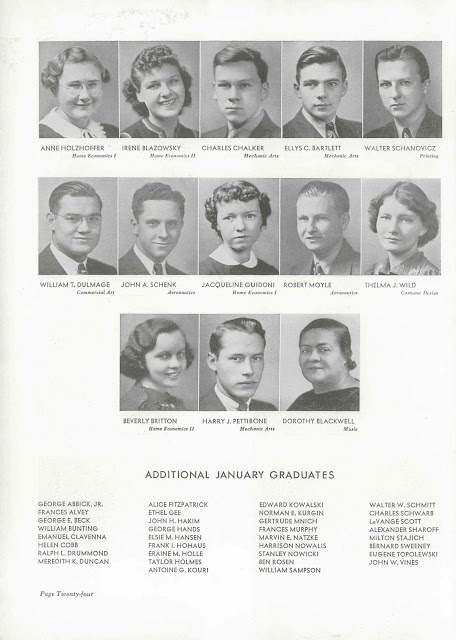 The Triangle, January 1938, Ben Rosen in column three
According to his obituary, Rosen continued his training at Cranbrook Academy and, in 1940, moved to Brooklyn, New York to study at Pratt Institute. He has not been found in the 1940 census.
On February 16, 1942, Rosen signed his World War II draft card. His address was 404 Washington Avenue, Brooklyn, New York. Rosen was a freelance artist working in Manhattan at 250 East 43rd Street. His description was five feet ten inches, 145 pounds, with brown eyes and hair. 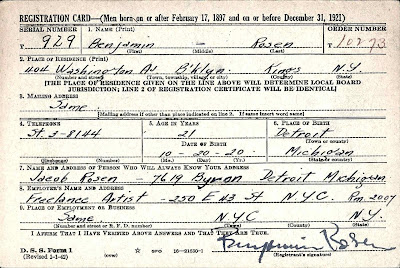 During World War II he was classified as Aerial Motion Picture Photographer assigned to the 8th Air Force, 14th Photo Reconnaissance unit based at Mount Farm Airfield, then at Chalgrove Airfield, both in Oxfordshire, England.

Rosen was discharged in 1946.
On January 23, 1947, Rosen and Jane E. Beebe obtained a Manhattan marriage license and were married two days later.

In 1948 he formed Ben Rosen Associates.
The 1950 census recorded Rosen, his wife and daughter, Laura, in Queens, New York at 22176 Horace Harding Boulevard. His occupation was self-employed advertising designer. 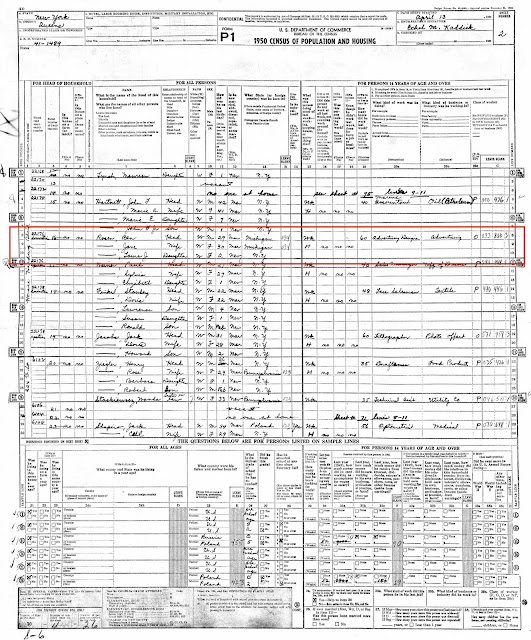 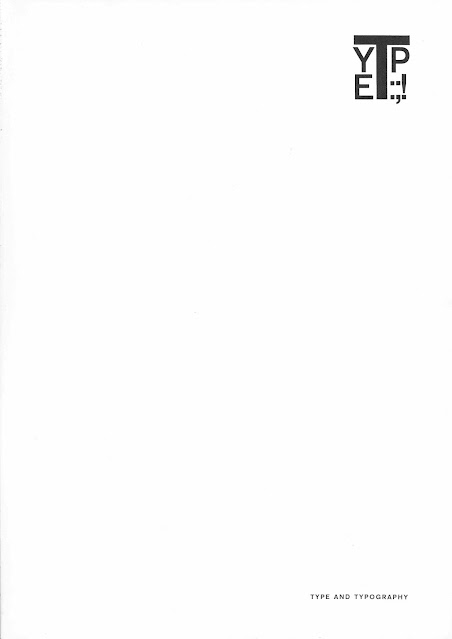 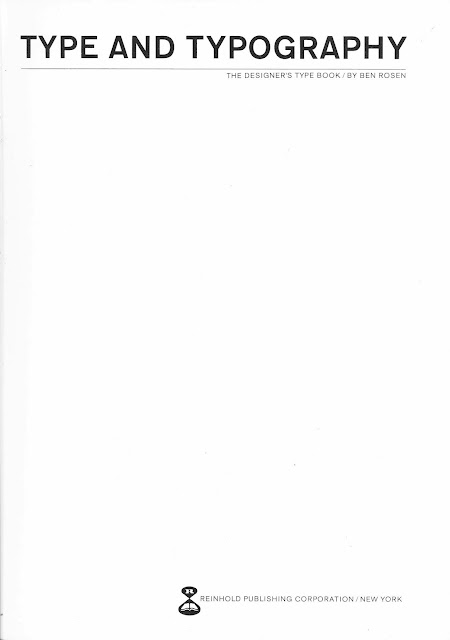 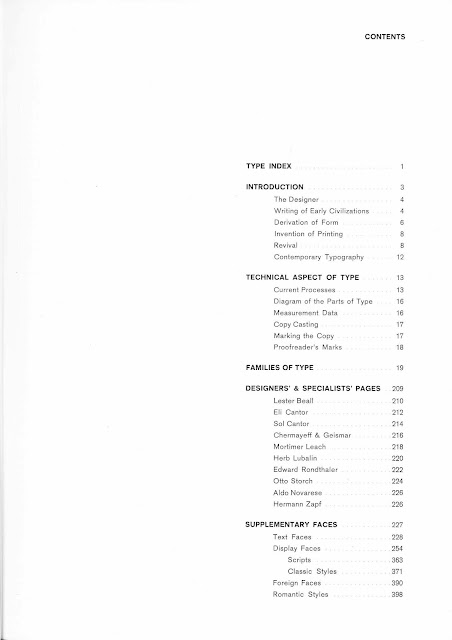 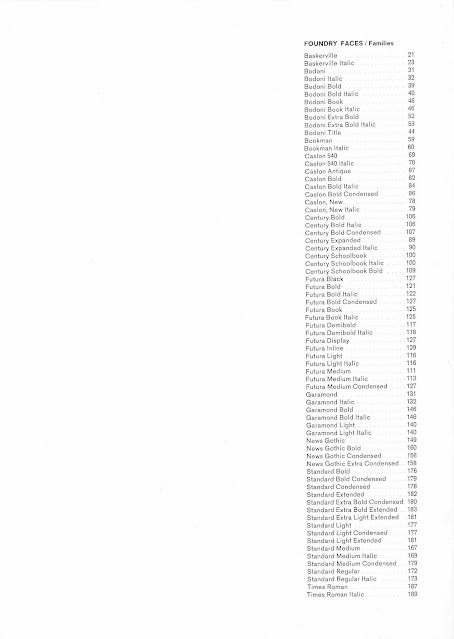 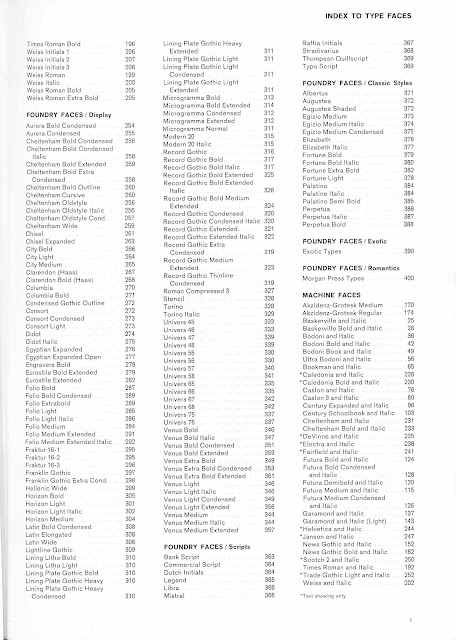 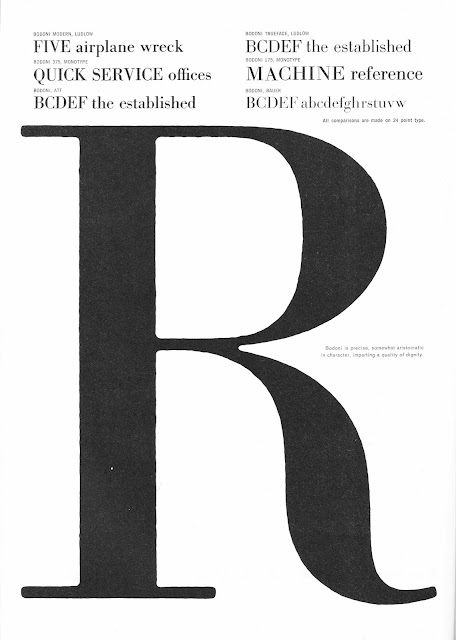 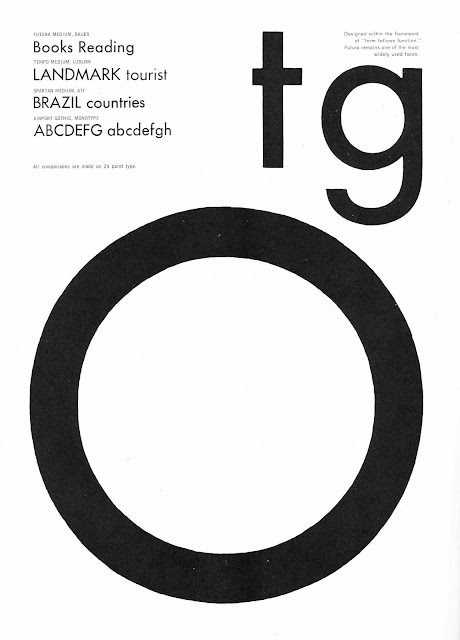 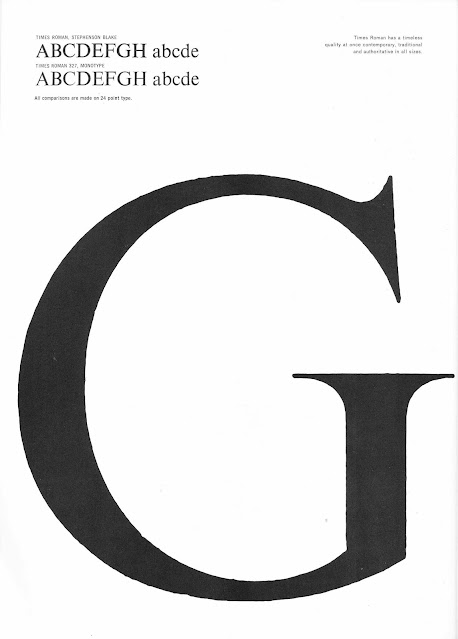 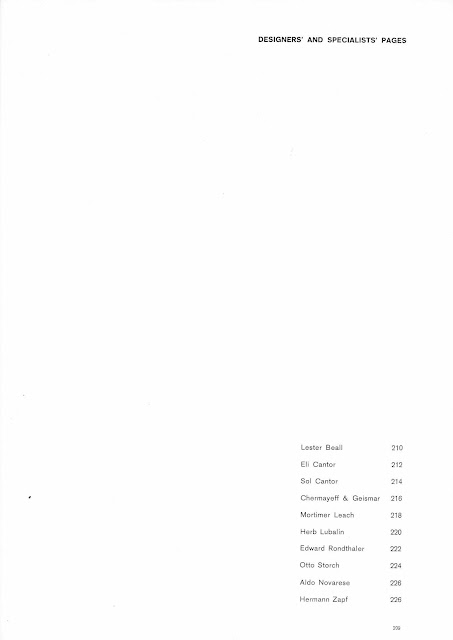 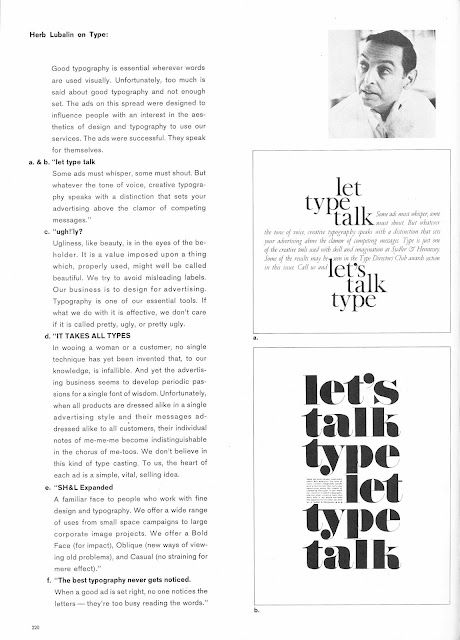 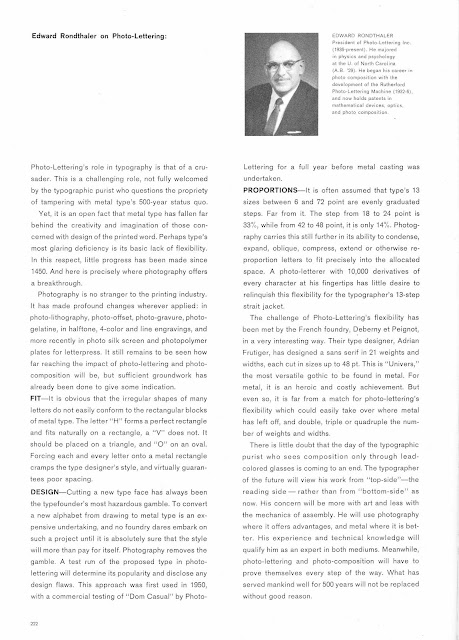 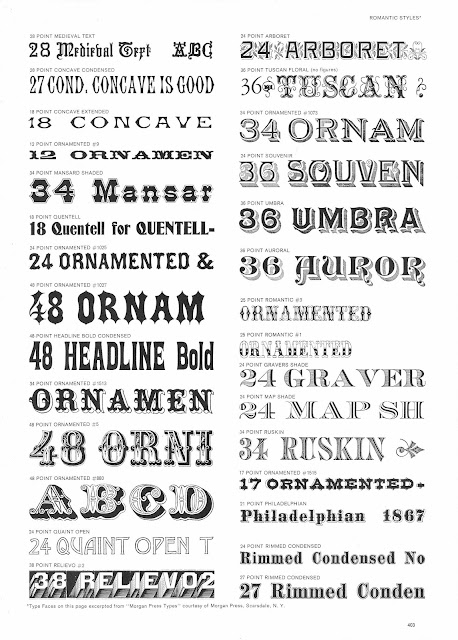 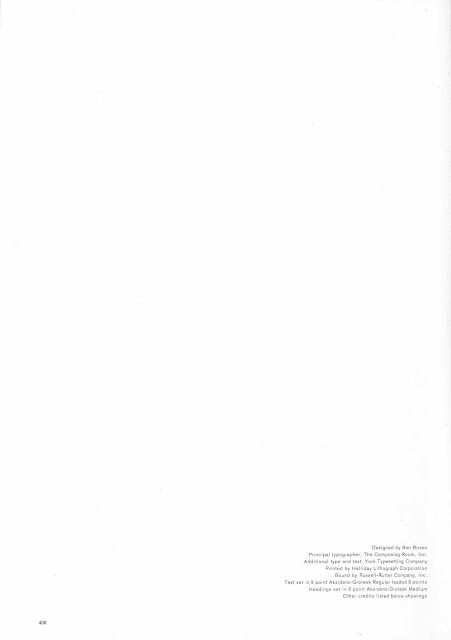 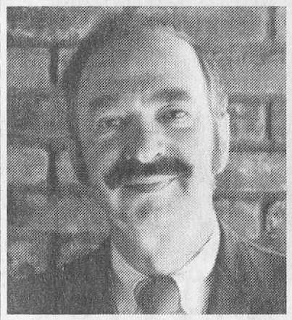 Ben Rosen died on September 7, with family by his side, just missing his 100th birthday by a few weeks. A visual communications consultant and graphic designer, he was best known as author of two classic graphic design reference books, Type & Typography: The Designer’s Type Book, and The Corporate Search for Visual Identity. His graphic design work was part of the post World War II period of explosive growth in creative graphic design in the U.S. In 2005, Mr. Rosen’s surviving work and papers were acquired by the Hartman Center for Sales, Advertising and Marketing History, a department of the Rare Book, Manuscript and Special Collections Library of Duke University. Born and raised in Detroit, he attended Cass Technical High School and Cranbrook Academy. In 1940, he came to New York to attend Pratt Institute. During World War II he was classified as Aerial Motion Picture Photographer assigned to the 8th Air Force, 14th Photo Reconnaissance unit based at Mount Farm Airfield, then at Chalgrove Airfield, both in Oxfordshire, England. Returning to New York in 1946, Mr. Rosen began his graphic design career, opening shop as Ben Rosen Associates in 1948. He accumulated recognition and awards from the Art Directors Club, The AIGA, Package Design Council and a variety of trade publications. His client roster came to include Exxon, The Equitable Life Assurance Co., Memorial Sloan-Kettering Cancer Center, Tishman Realty & Construction Company, Standard Brands International, Philip Morris Inc., The United Nations Association, CCMI/McGraw Hill, and Richardson Vicks. When his book, Type and Typography was first published in 1963, hot metal type was the norm. The type foundries that produced it rarely published full fonts with their promotional material for fear their designs would be copied by competing foundries. Mr. Rosen convinced foundries from around the world to make available to him a broad spectrum of complete fonts. He selected the best versions to include in the book, accompanied by related design and historic information. Known among graphic design students as “the Bible”, the book remained in print for over 30 years, with later versions including digital type. His 1970 book, The Corporate Search of Visual Identity addressed the relatively new discipline of corporate visual identification, describing the process from both the designer and corporate viewpoints. By showing some 16 outstanding visual identification programs in detail, he presented designers and corporate personnel insights into the best work done in that field. In 1975, Mr. Rosen relocated his studio from New York to his residence in Hohokus, New Jersey. Gradually moving toward retirement, he spent some 10 years as an active member of the Art Advisory Committee of Bergen Community College. Mr. Rosen moved to The Woodlands, Texas after his wife Jane died in 2012. He is survived by his daughter Laura and her husband Adrian, his son Ralph and his wife Mary, his grandson David, granddaughter Sarah and her husband Mike, and great grandsons Henry and Jack.