Anatomy of a Logo: The Mighty Thor, Part 4

These are the two sheets I will fax. The first two logos, in the top sheet of runic-style letters, are basically the same except one is more angular than the other. The cross strokes of the "T", in both, are pointed, while the "T" in the bottom logo has a flat top and is angled inward. (The scanner altered the color of the ink.) 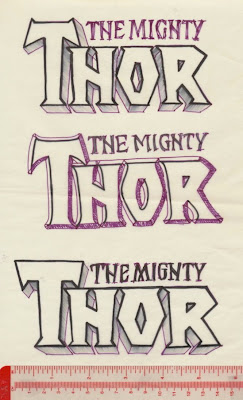 The bottom sheet (below) has the broad pen designs. For "The Mighty" I alternate between runic-style letters and uncials. The open "O" adds character to the logo. 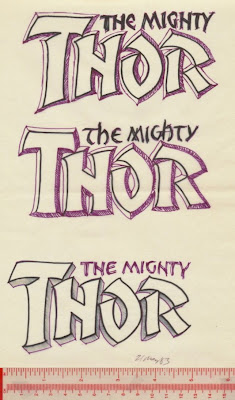 Walt calls and says he likes one of the designs and wants to get together. I don't recall where we met, but he made a sketch of the logo with a significant change to the "R". His sketch was based on my broad pen designs, in particular, the second one, but now the "R" has more in common with the runic-style letters. He prefers the letters on the same baseline, and emphasizes the bottom of the strokes are to be round. 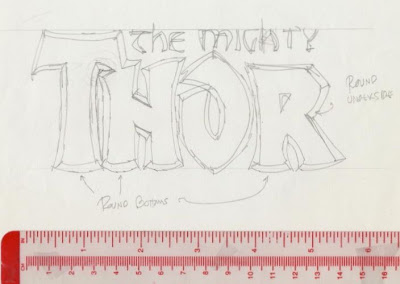 Walt says the logo is due in late June.