When I was at Continuity Associates, Neal Adams had the Colorforms account. In the early 1980s, he gave “The New Superadventure Colorforms Set” lettering and production work to me. The lettering, four figures of Superman, Wonder Woman, Robin and Batman, and the background were drawn separately; a photostat of each was made. The photostats of lettering and art were moved around to make the final composition, which was photostatted and delivered to Colorforms. Below is the final production art for the toy box; the border measures 10.25 by 13.25 inches / 26 by 33.7 centimeters. 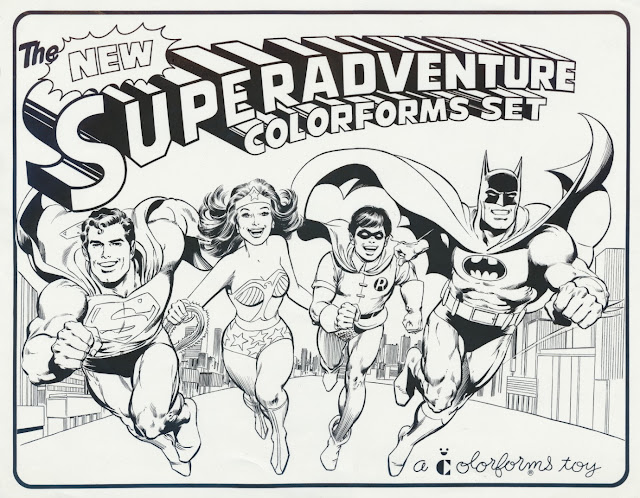 (Next post on Monday: The Little Box of Horse Laughs)
Posted by Alex Jay at 8:00 AM