In the second week of November 1992, Dark Horse editor, Anina Bennett, called and offered two logos to me: Hammer of God (shown last week) and Mezz. (They were followed by Will to Power and Barb Wire.) I said I was interested and waited for her package. 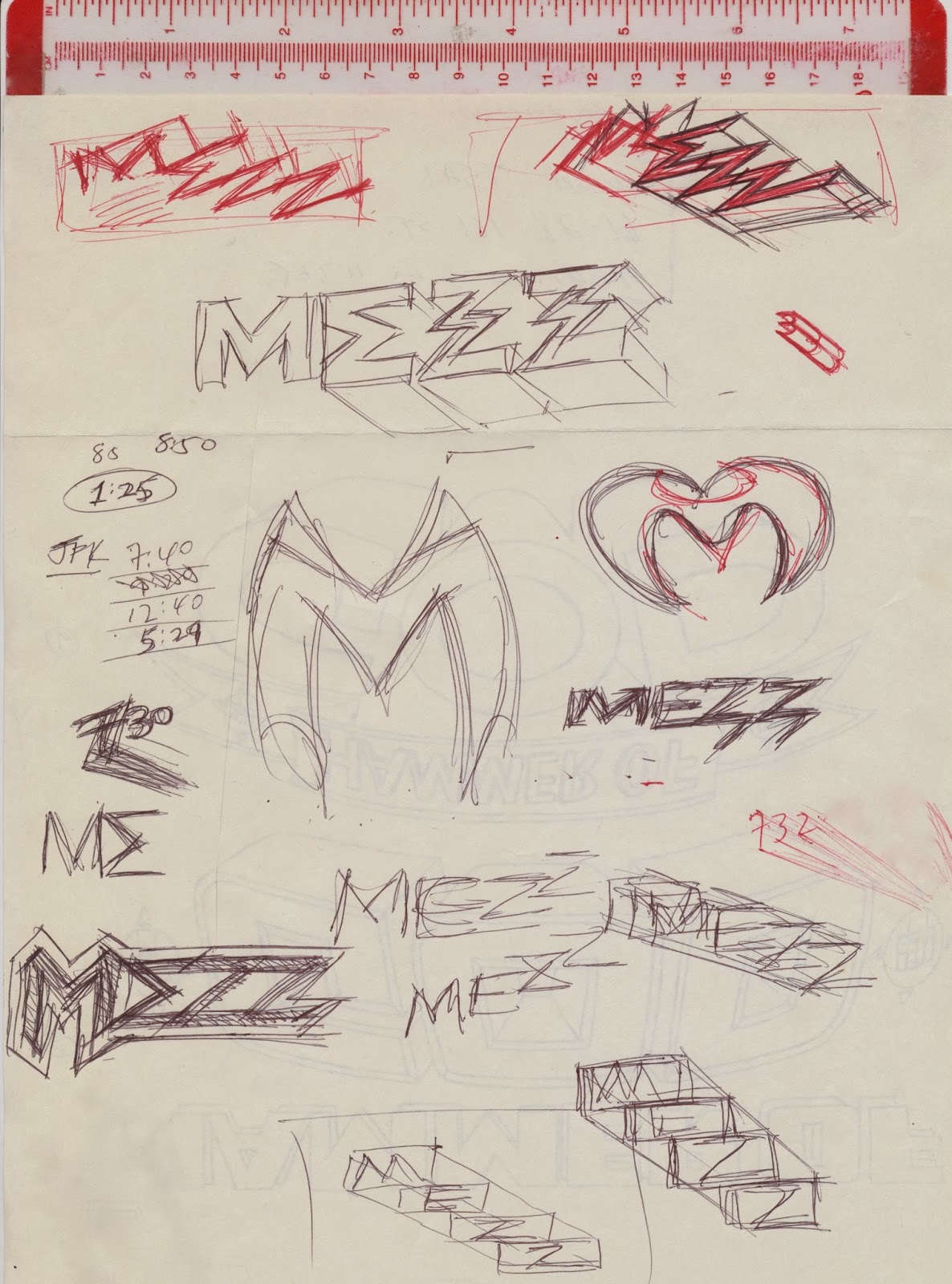 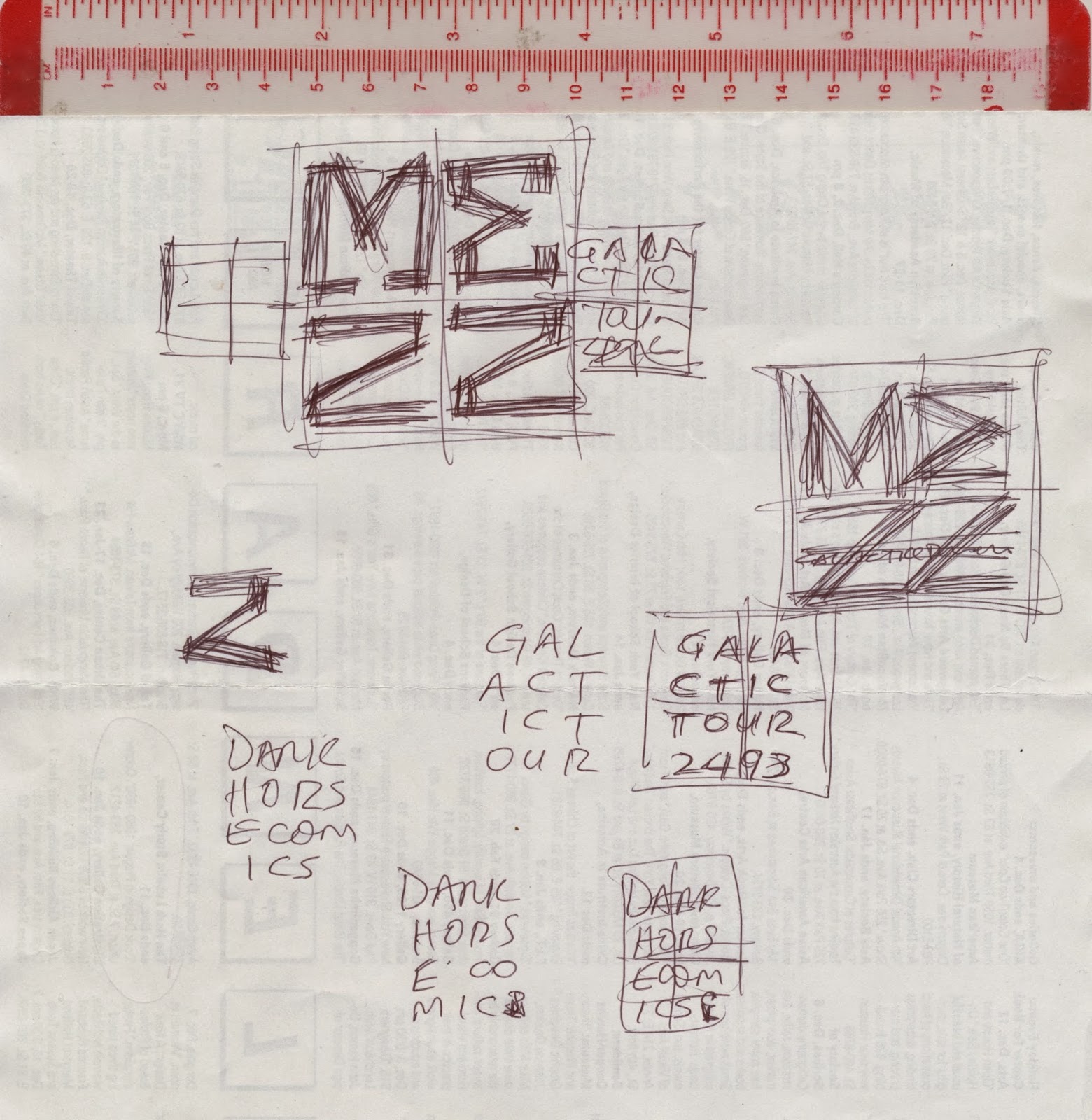 Preparing to develop the top design 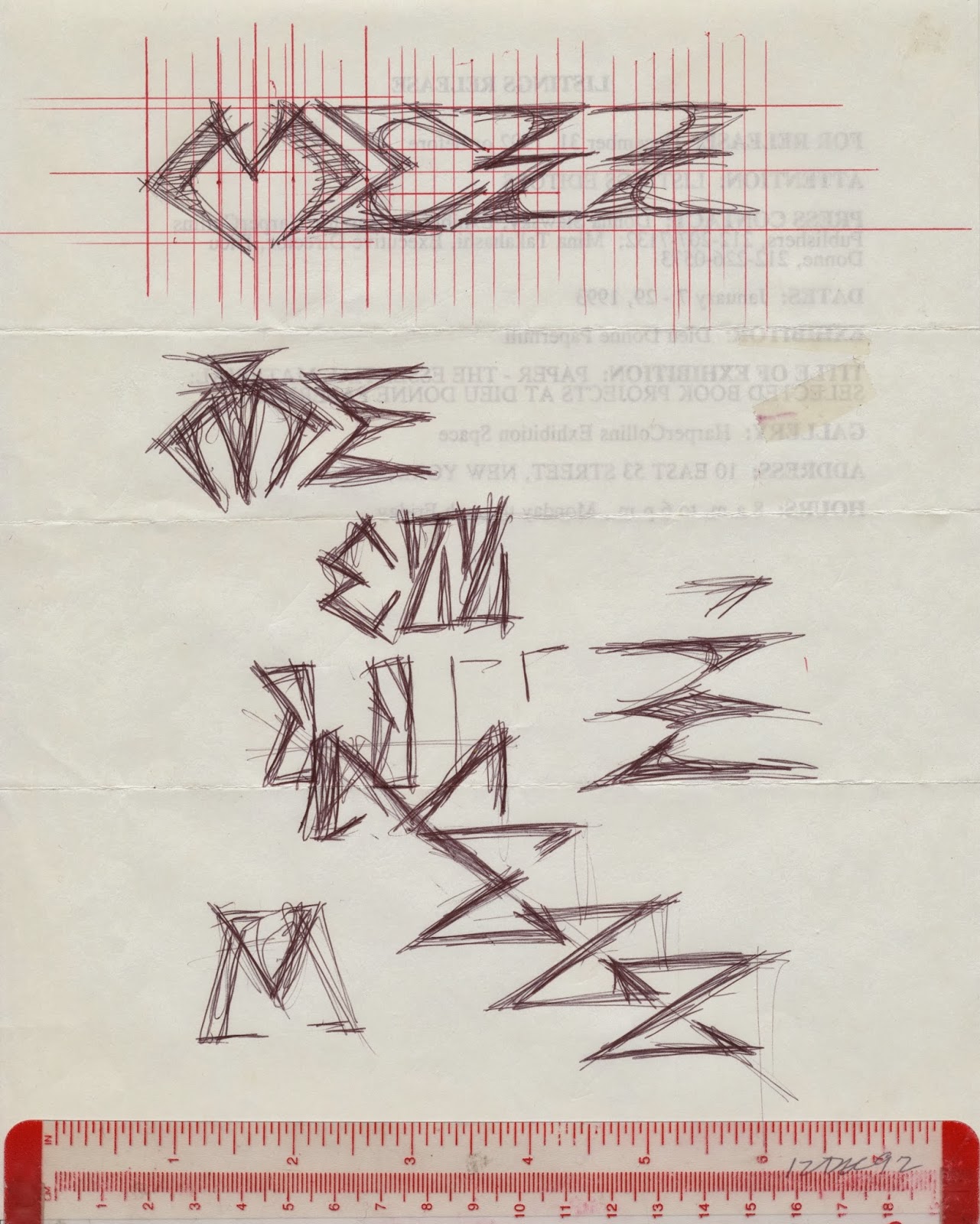 Refining the design and adding effects 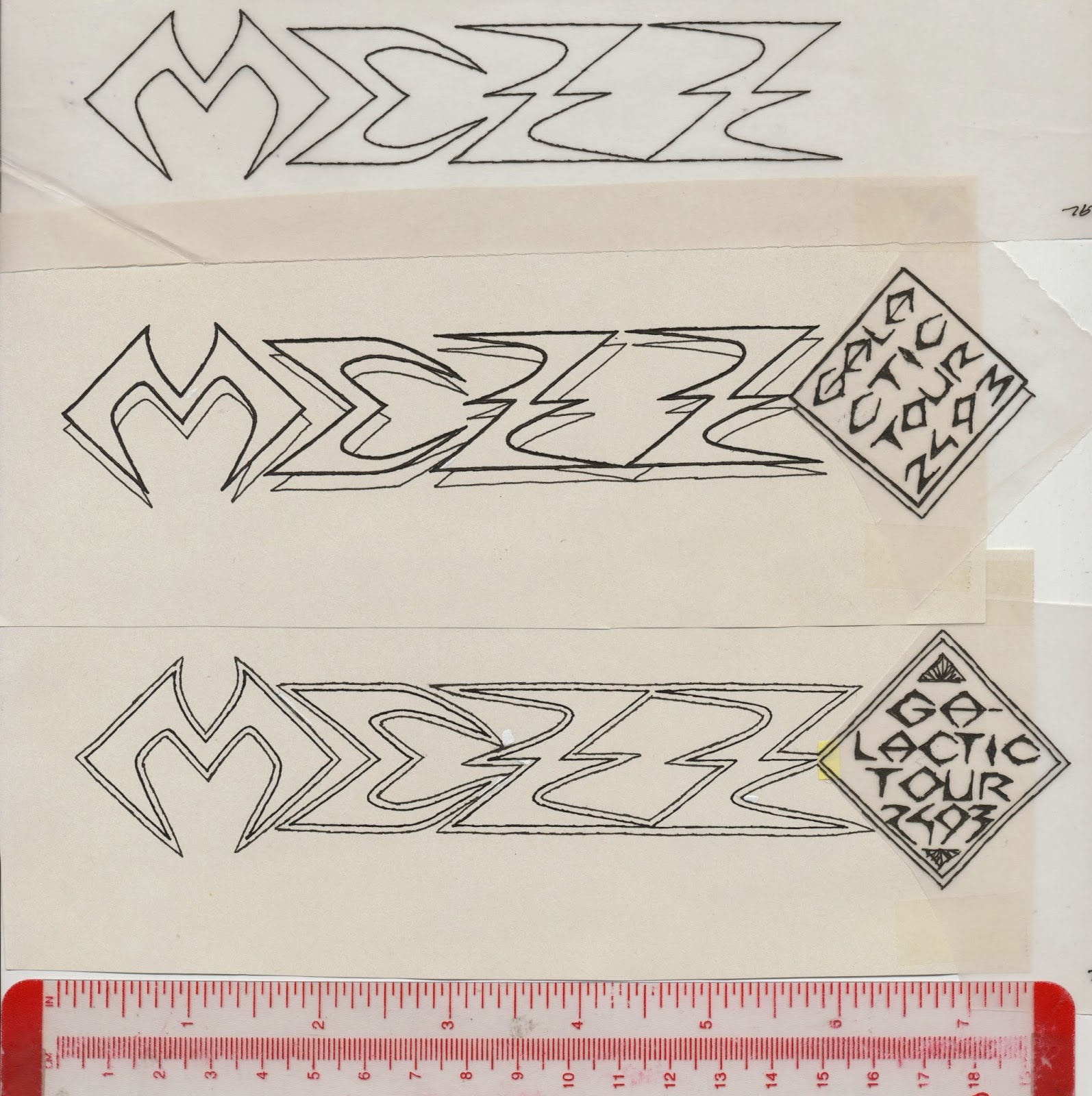 Photocopy enlargement of thumbnail design
and preparation to develop it 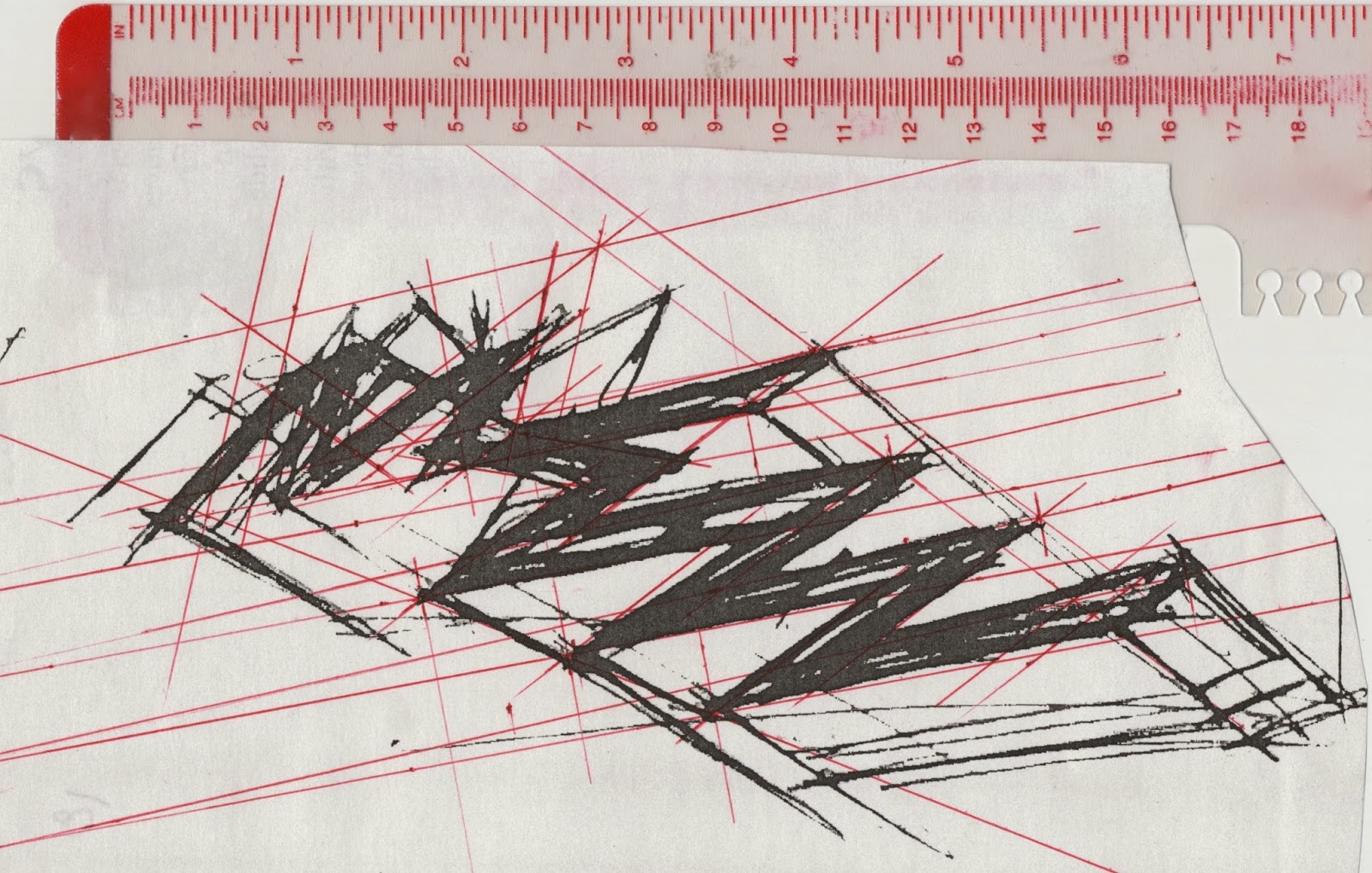 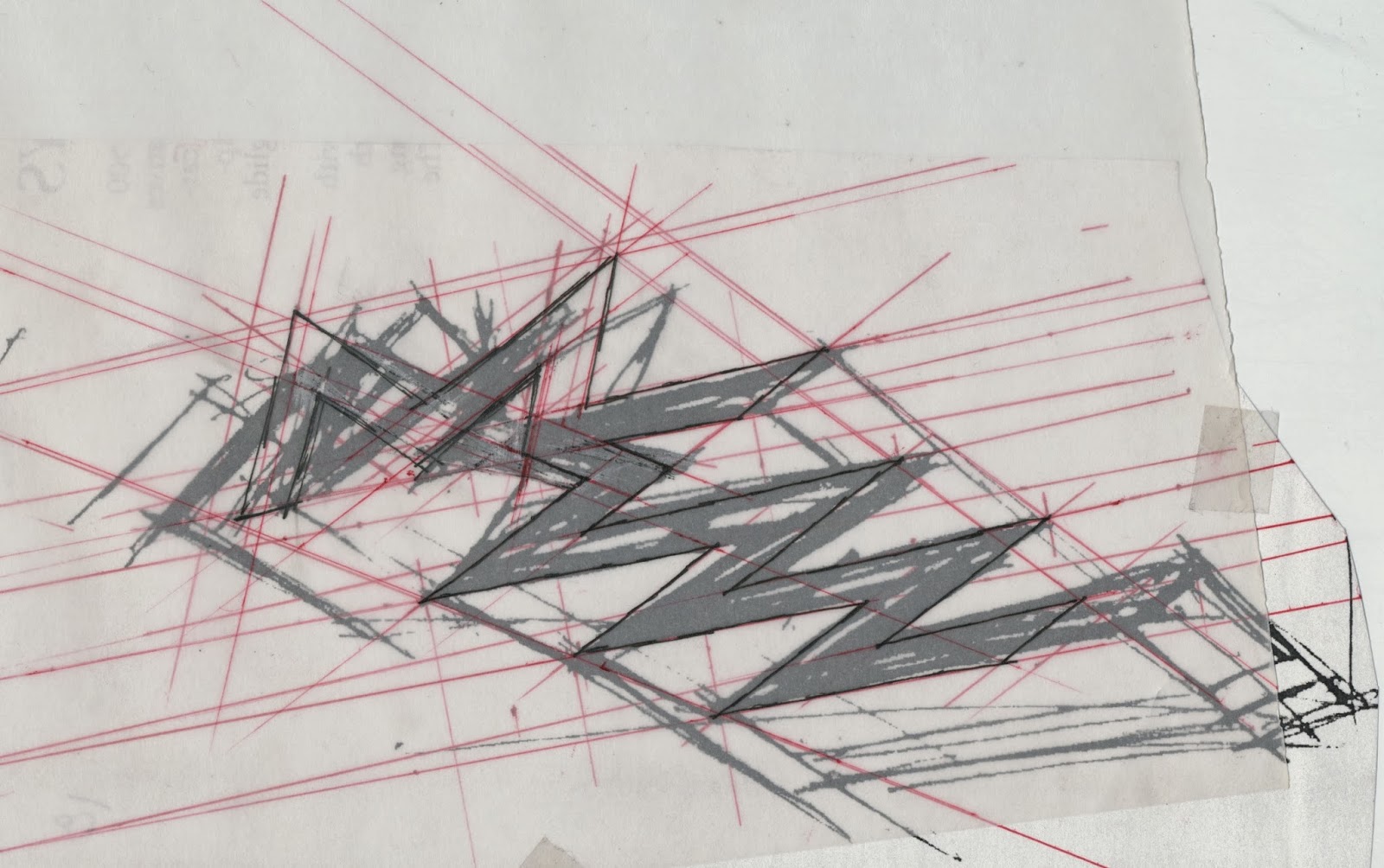 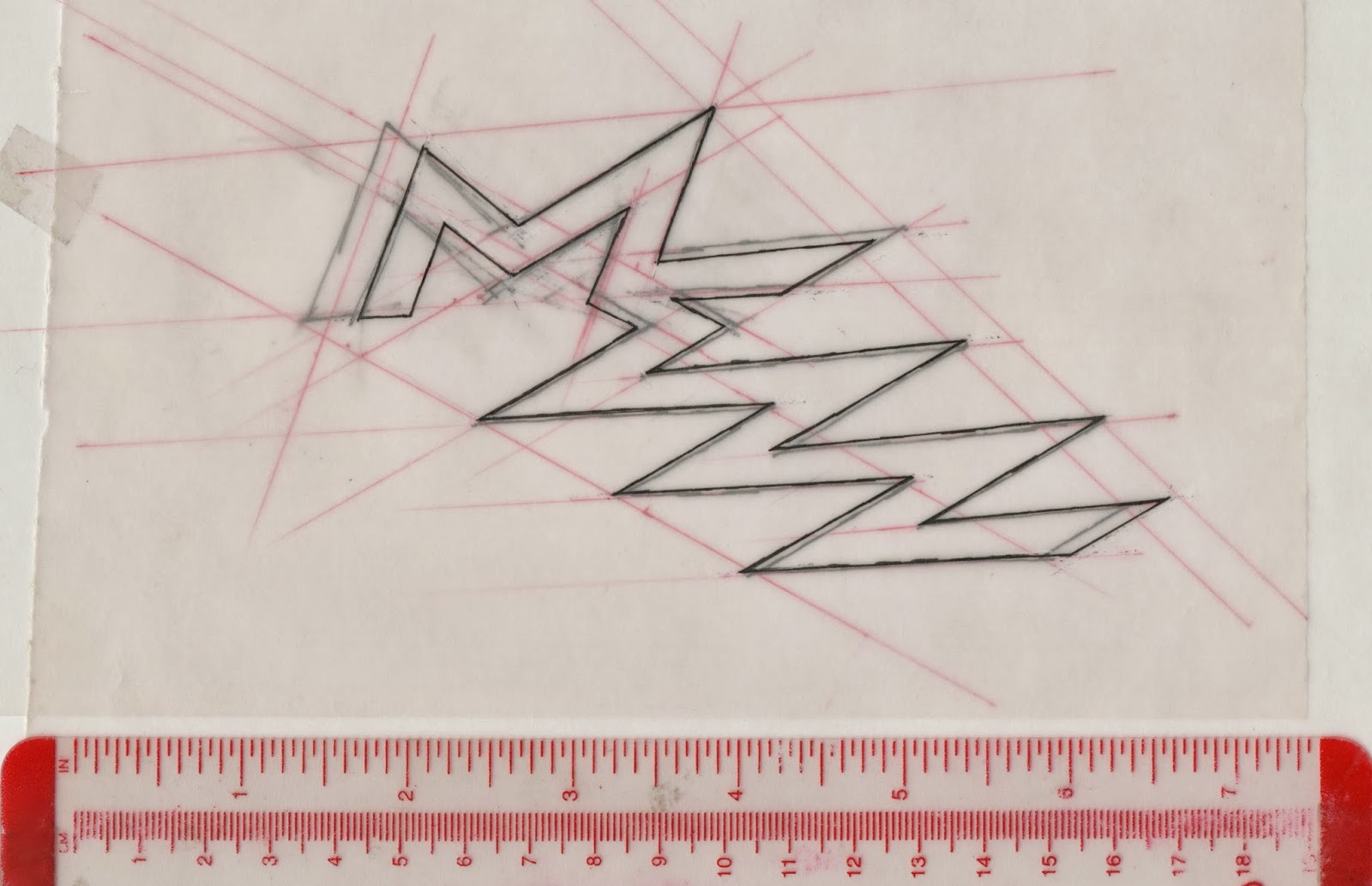 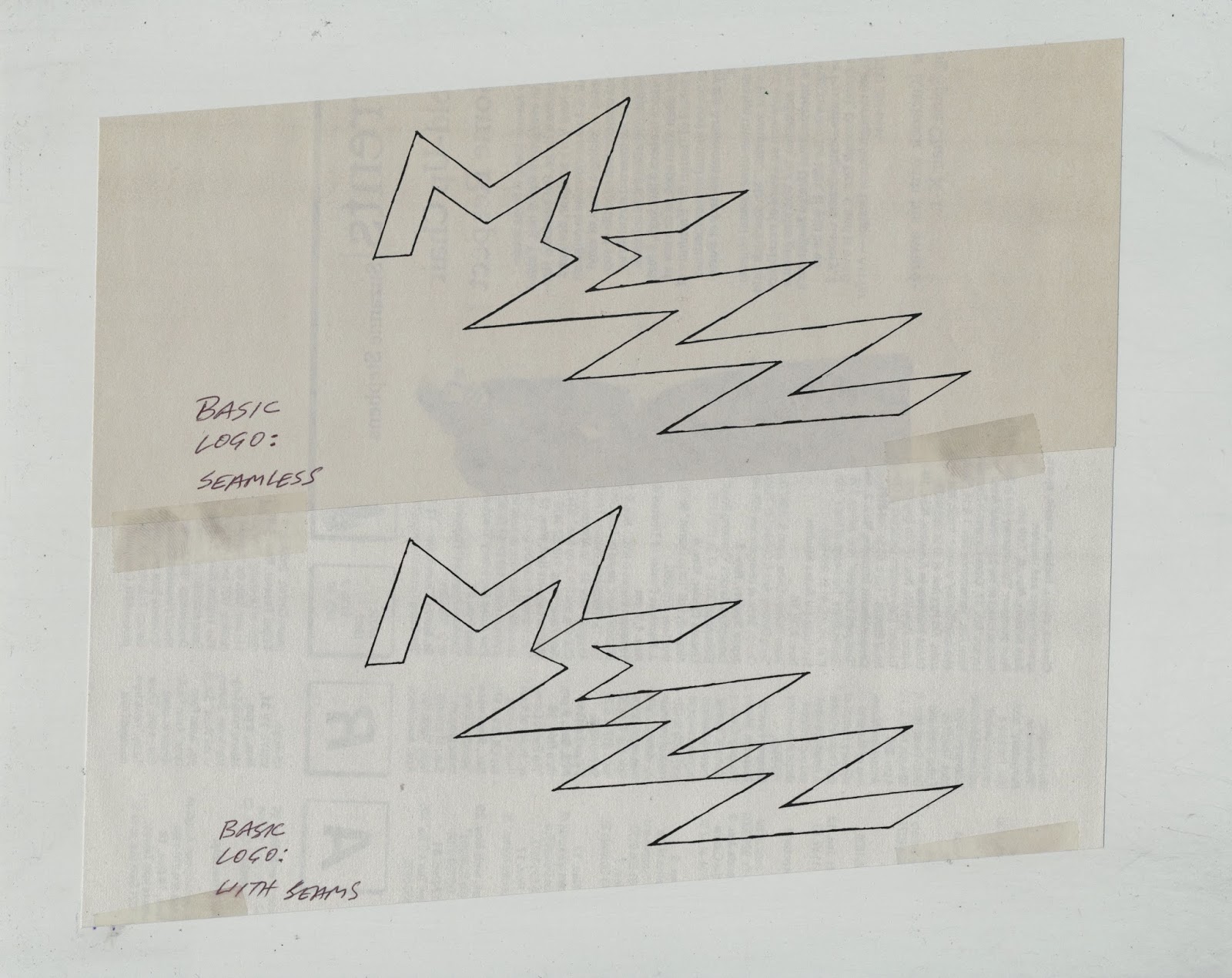 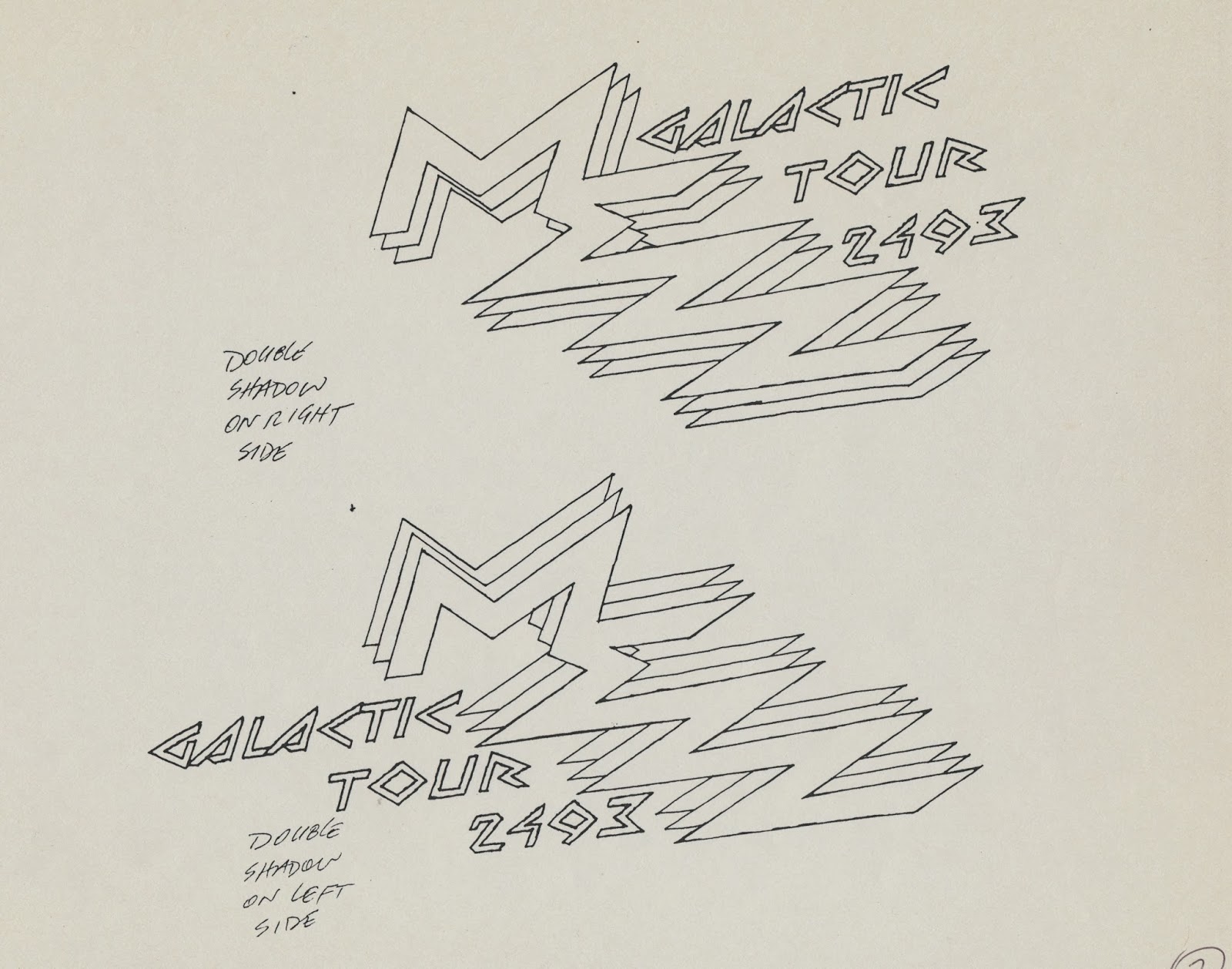 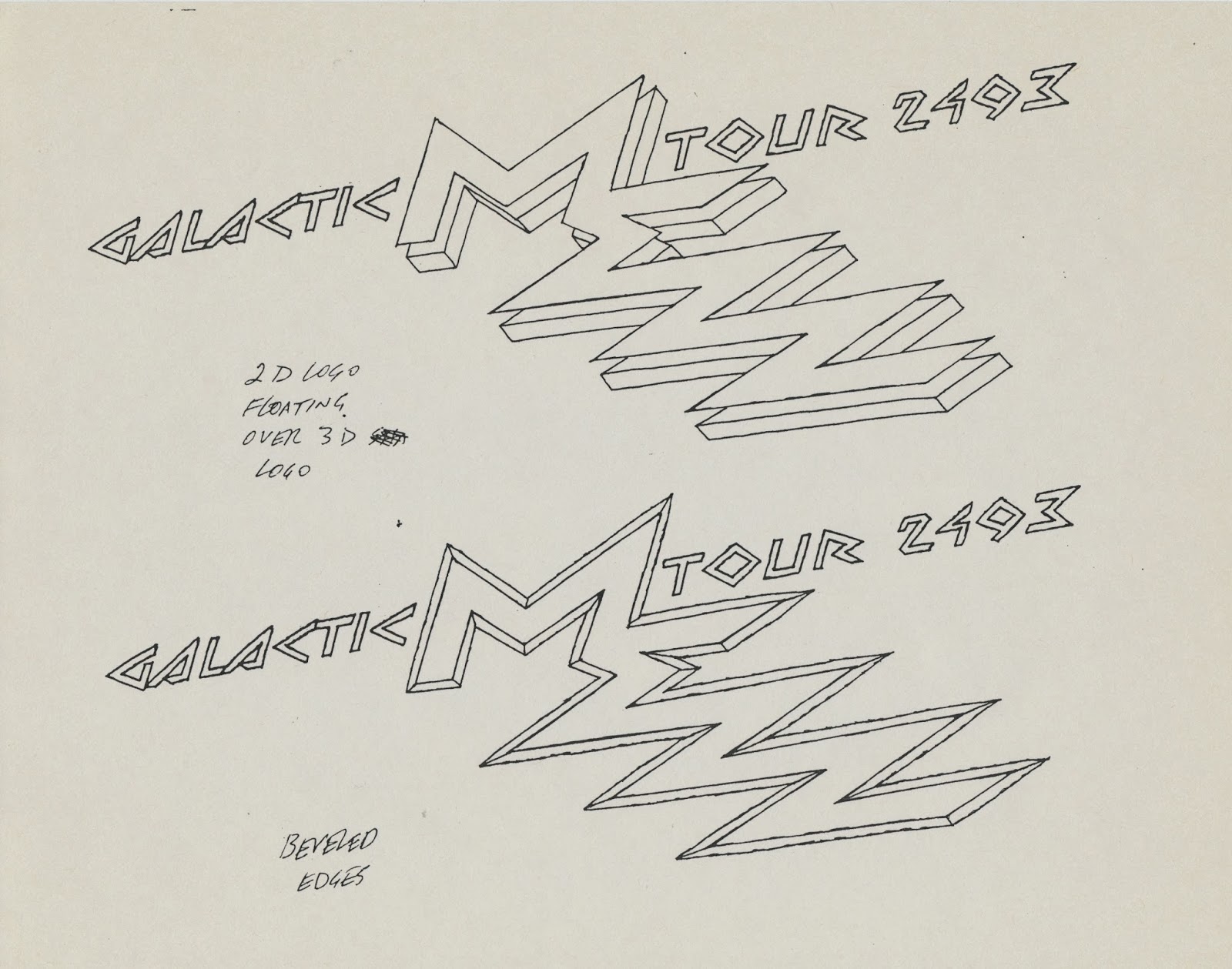 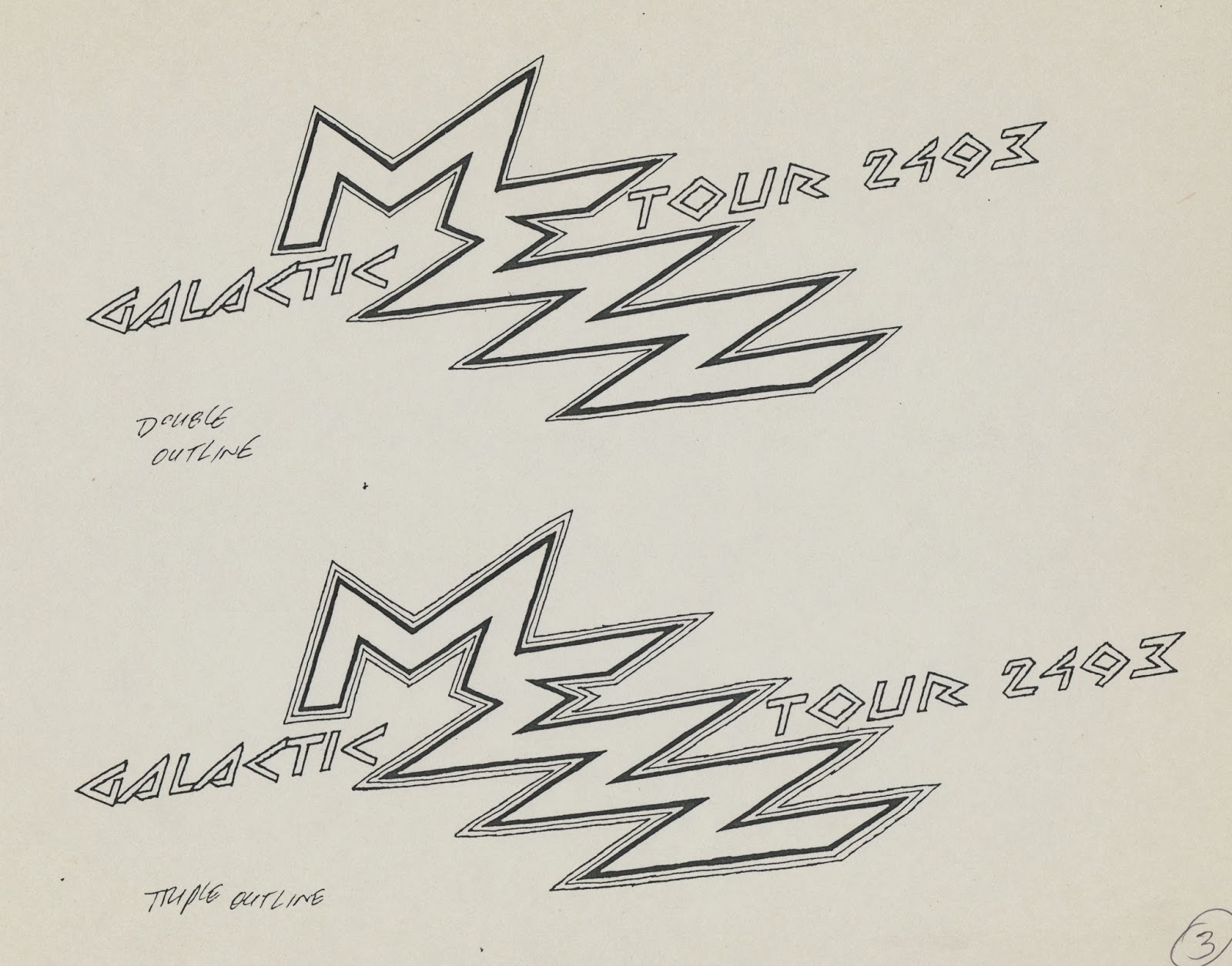 Photocopy enlargement of design
and preparation to develop it

A single letterform for M and E. Optically,
the M looks shorter than the E and Z.

Subtitle in a square grid 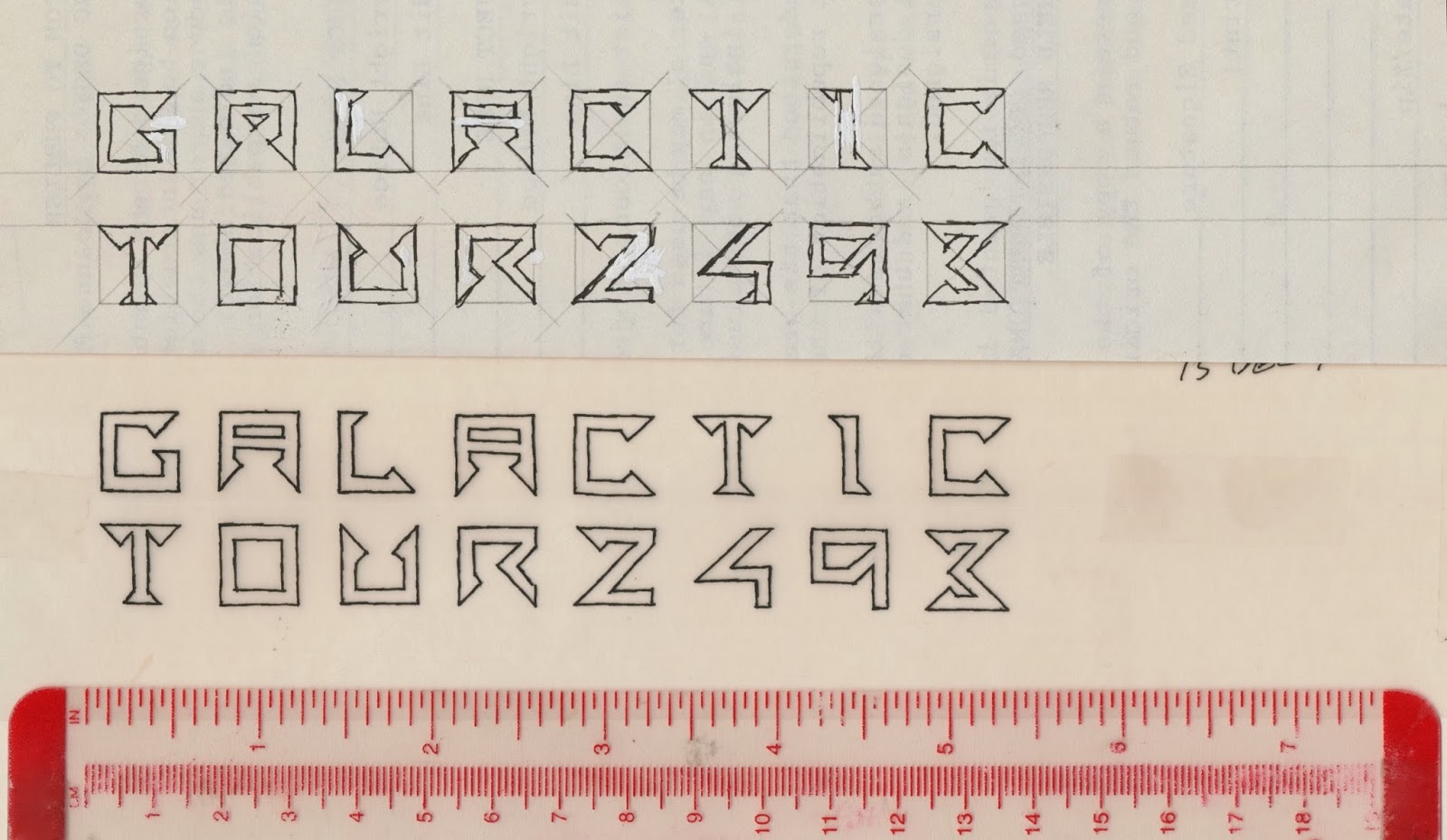 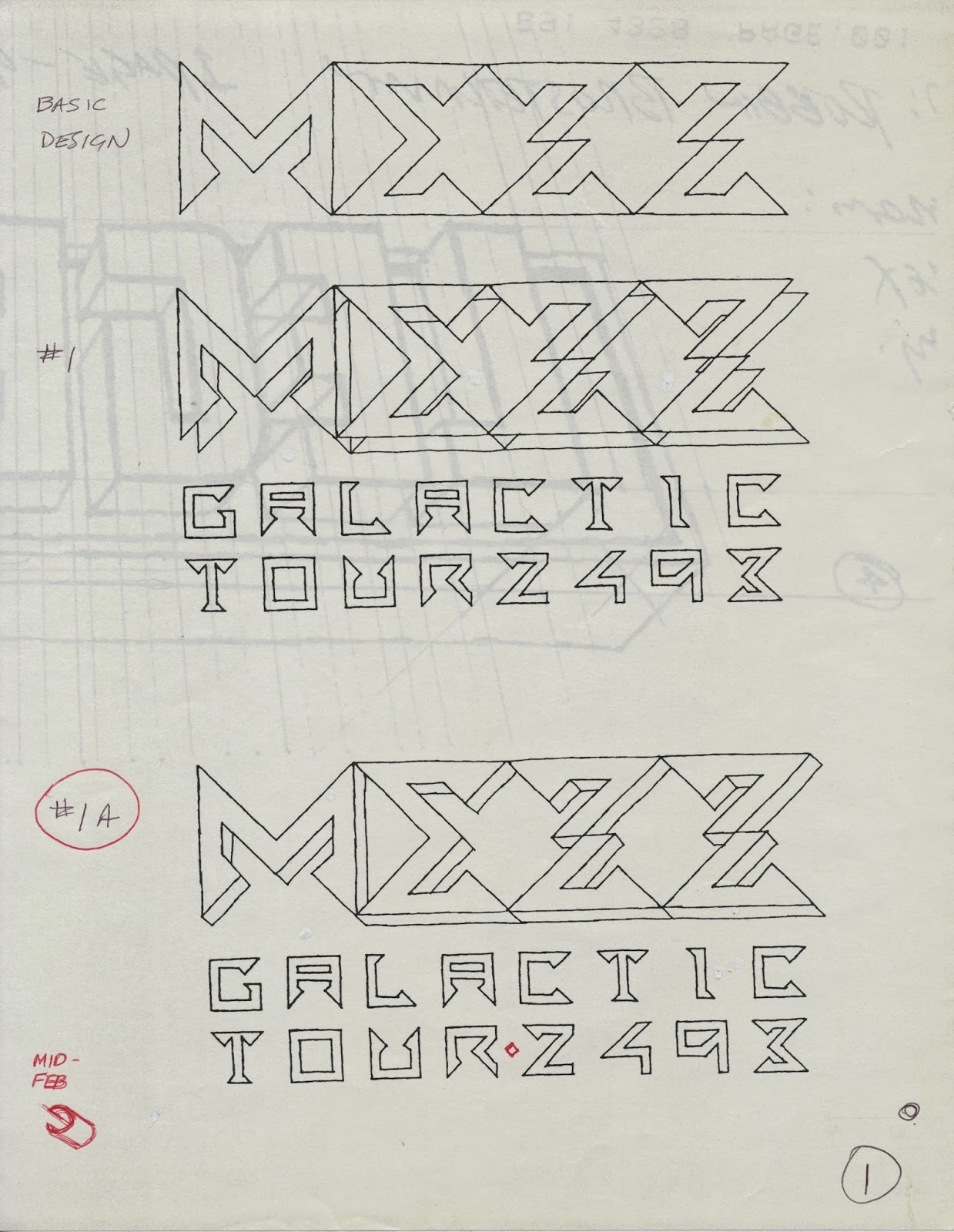 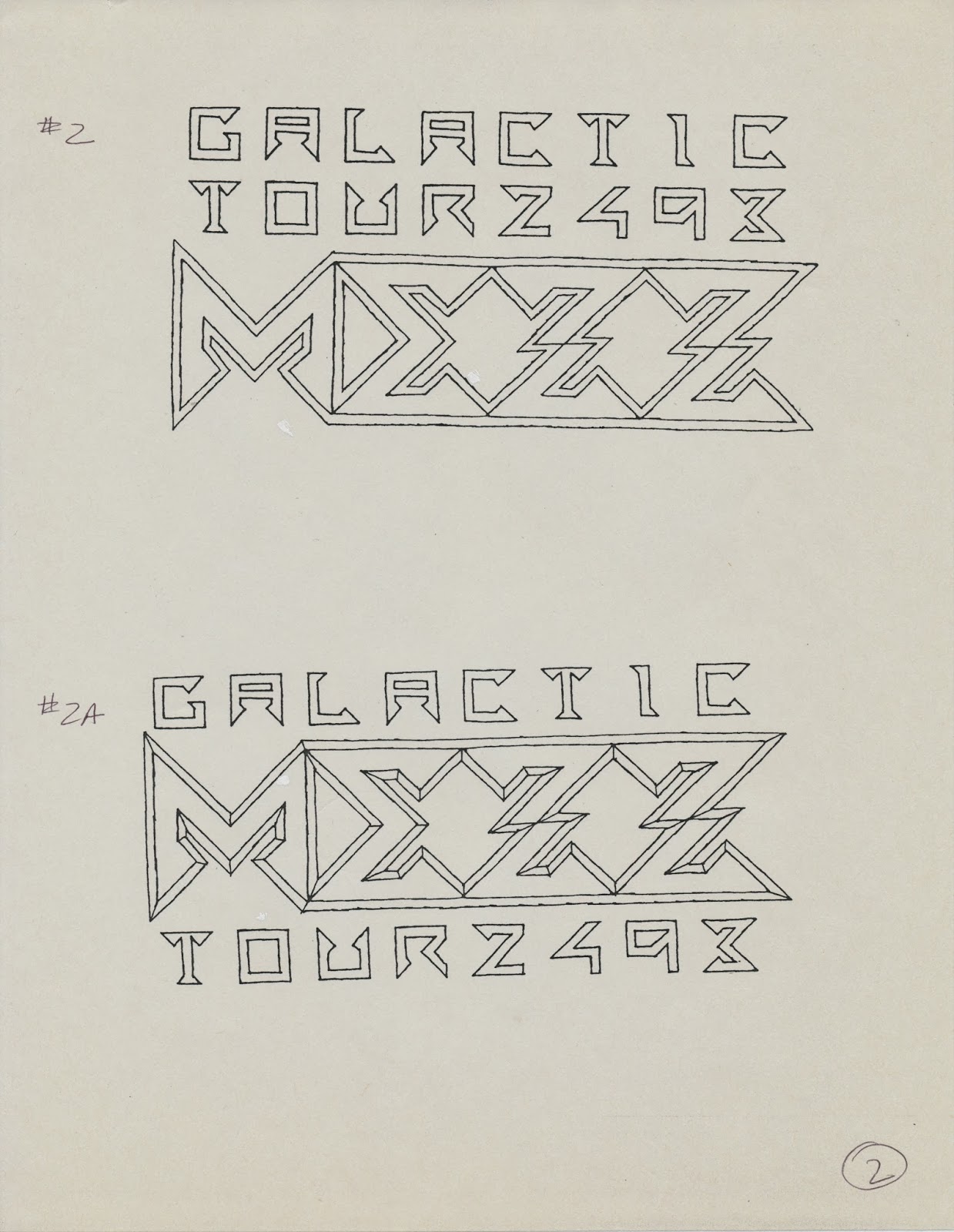 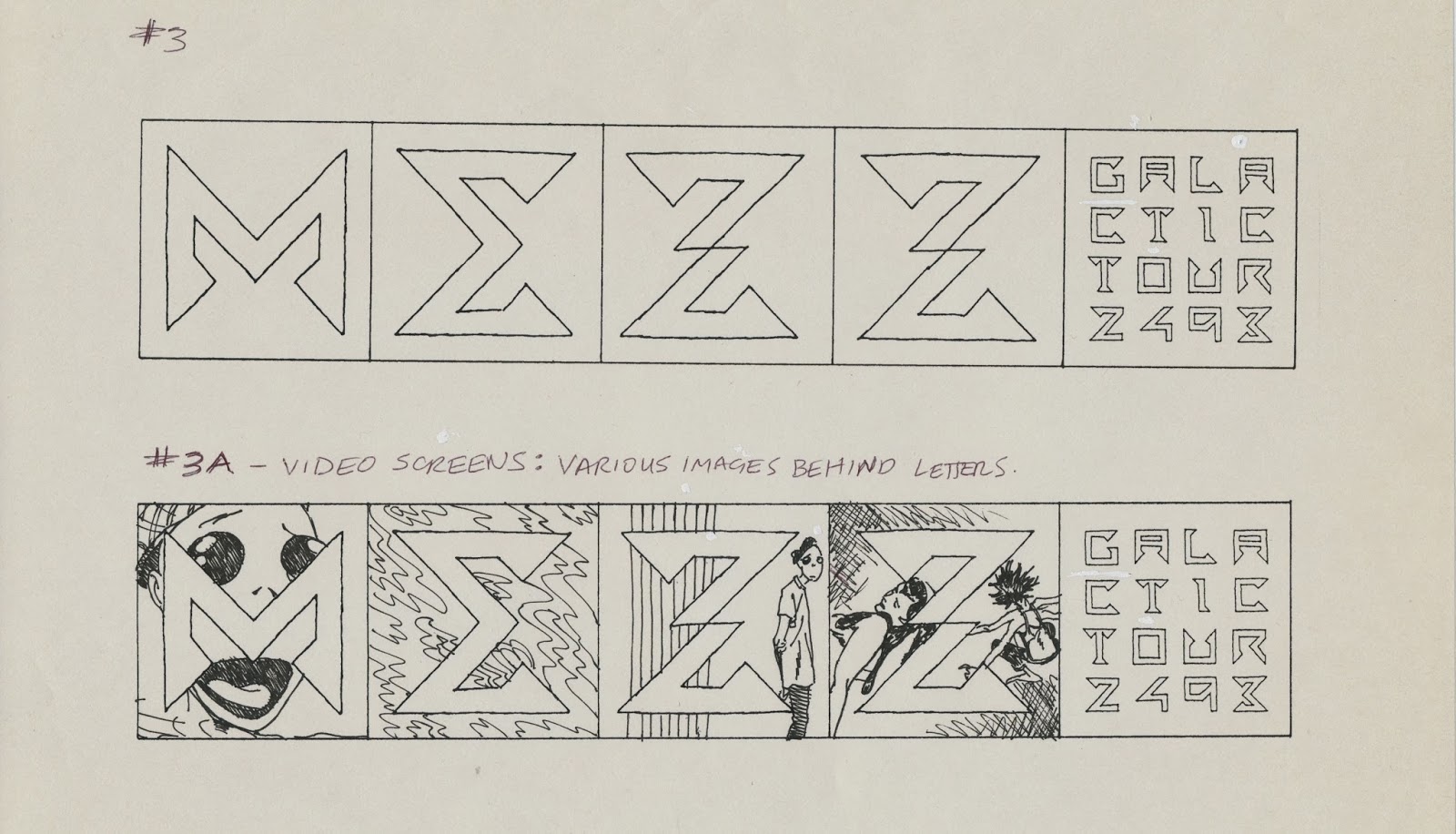 Spacing adjusted between letters and words of subtitle

A same-size photostat was made of the original art for my
files. Below is a scan of the stitched-together photostat. 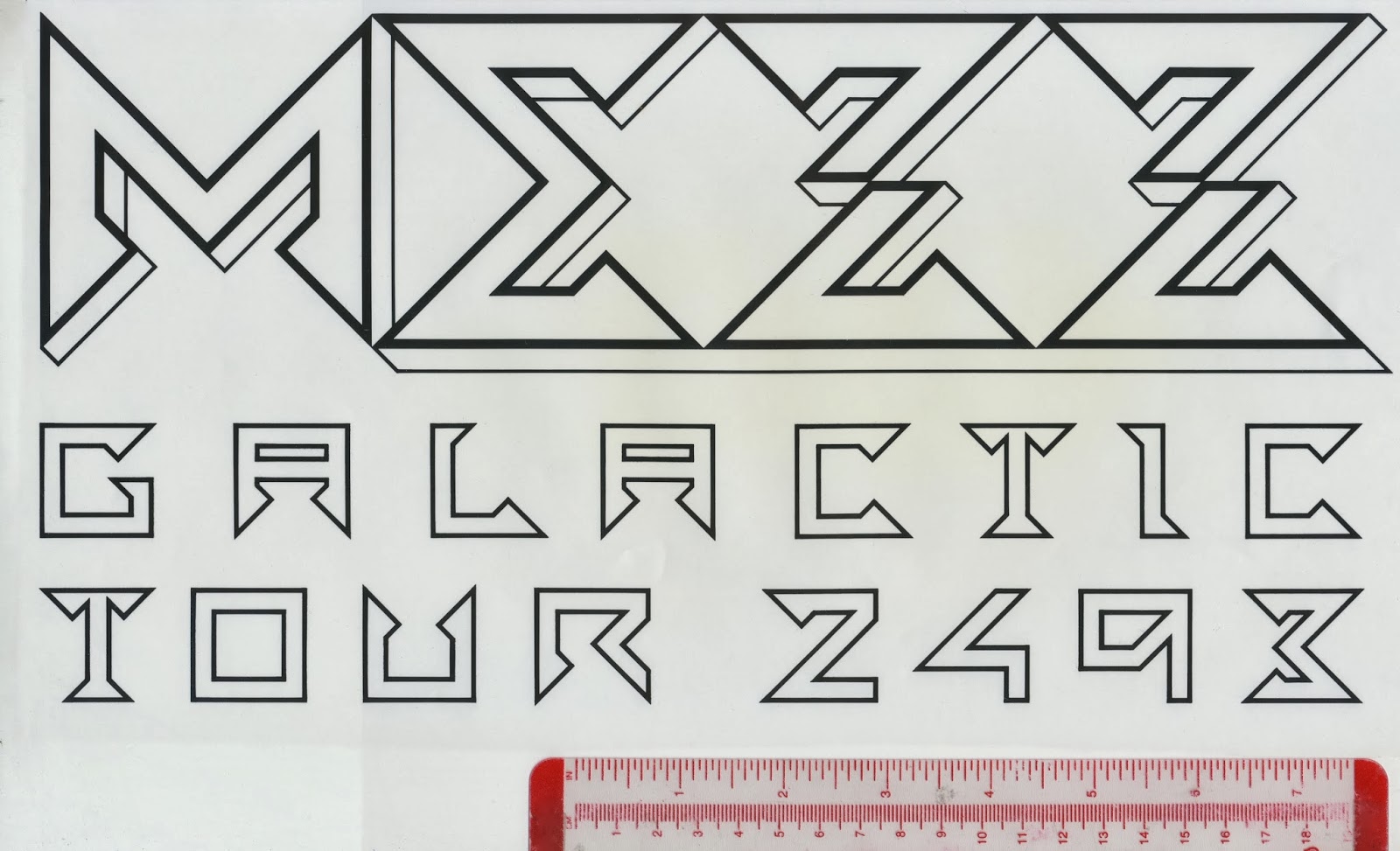 Mezz, scheduled for 1993, takes place 500 years in the future. Mezz was delayed a year, so someone at Dark Horse adjusted the subtitle’s year to 2494. The comic book cover had a May 1994 date. 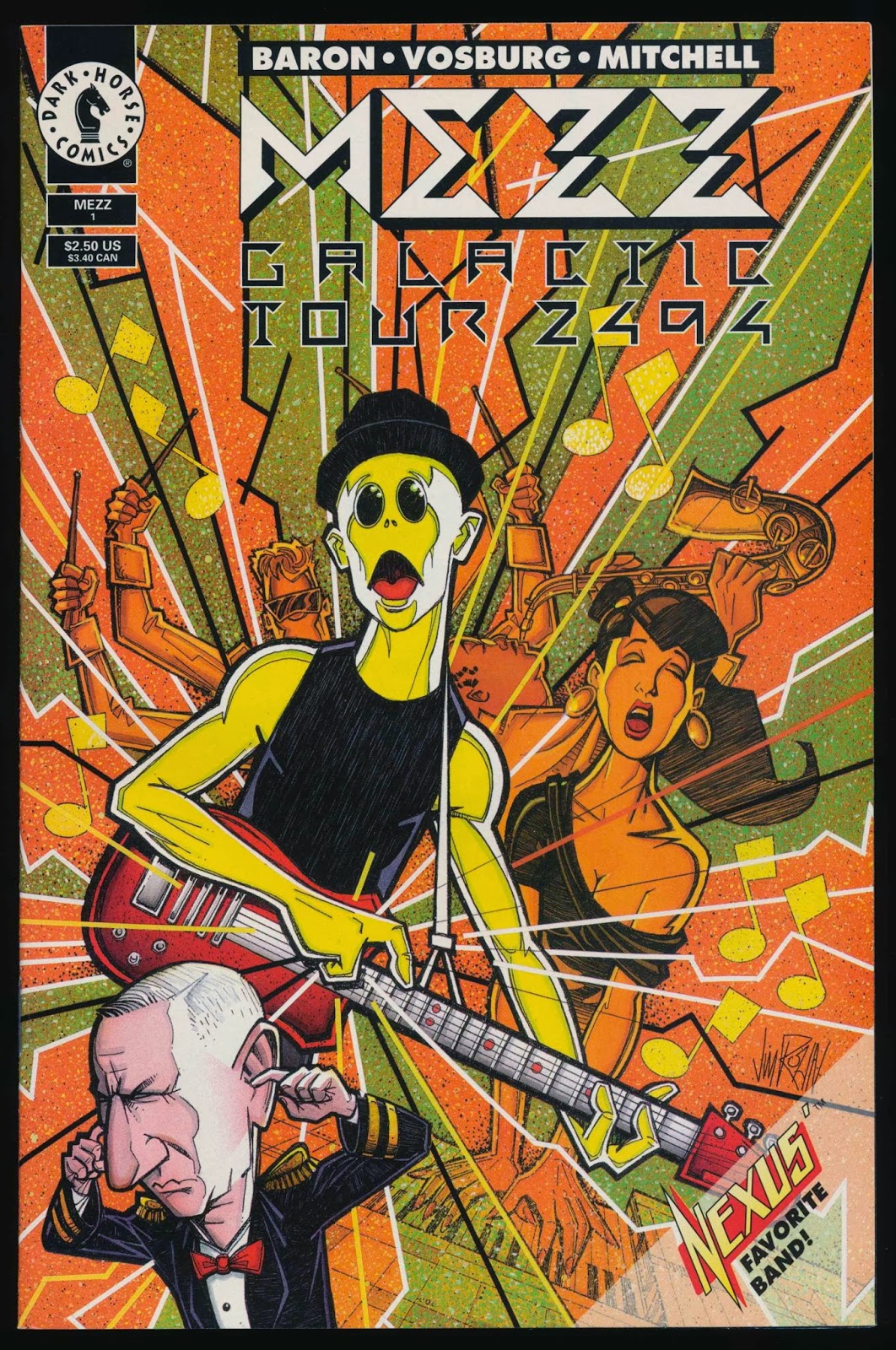 (Next post on Monday: Transportation Building)
Posted by Alex Jay at 8:00 AM

Email ThisBlogThis!Share to TwitterShare to FacebookShare to Pinterest
Labels: Anatomy of a Logo, Dark Horse, Mezz