1885 Kansas State Census
“Freddie” Tamblyn, 15, lived in Sugar Creek, Miami County, Kansas. His parents were William, 46, and Emily, 43. His father was a farmer.

December 27, 1892
…Among the many pupils of the Central Business college who will go home for the holidays, may be mentioned the following: …F.W. Tamblyn, Sugar, Kans... 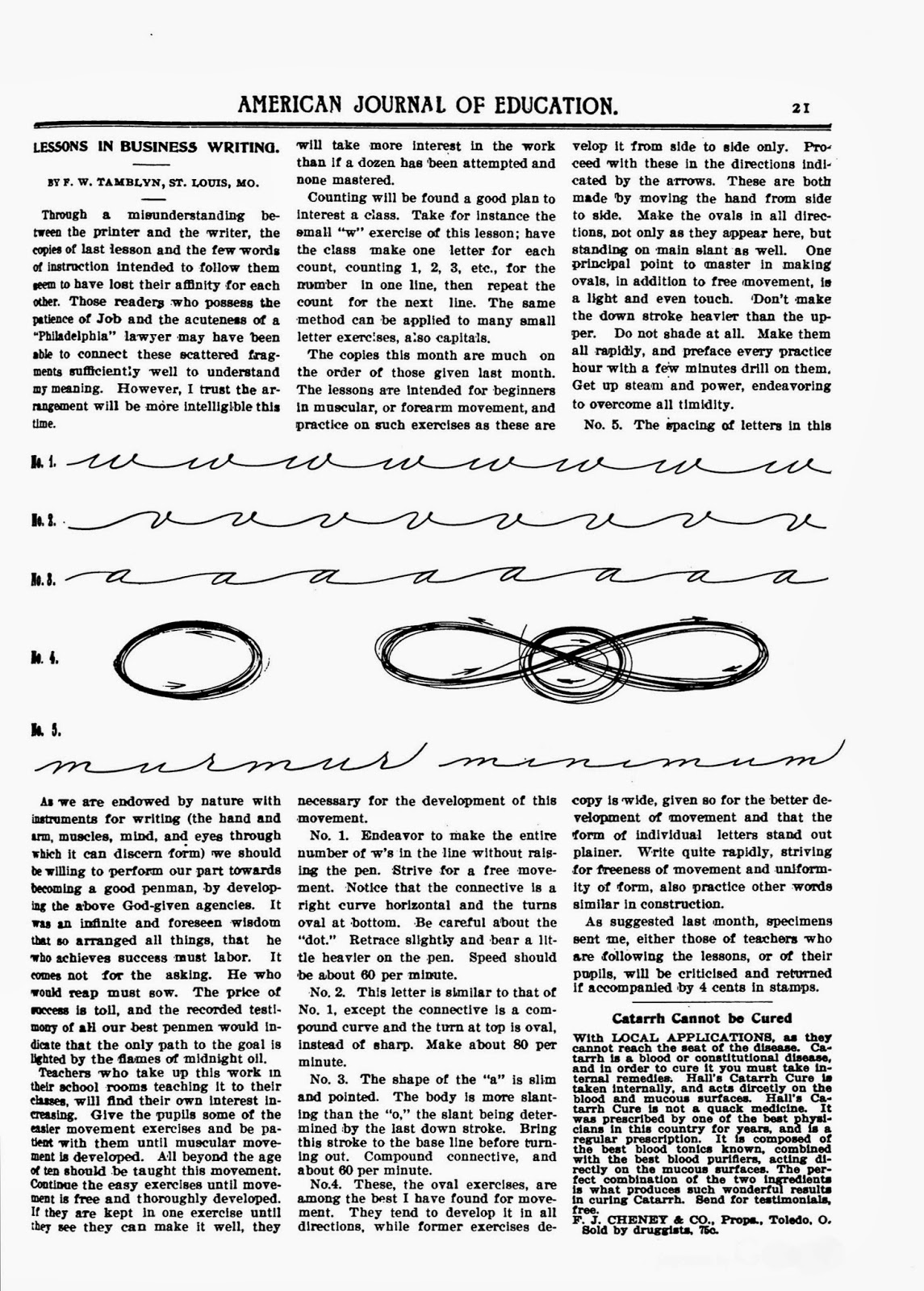 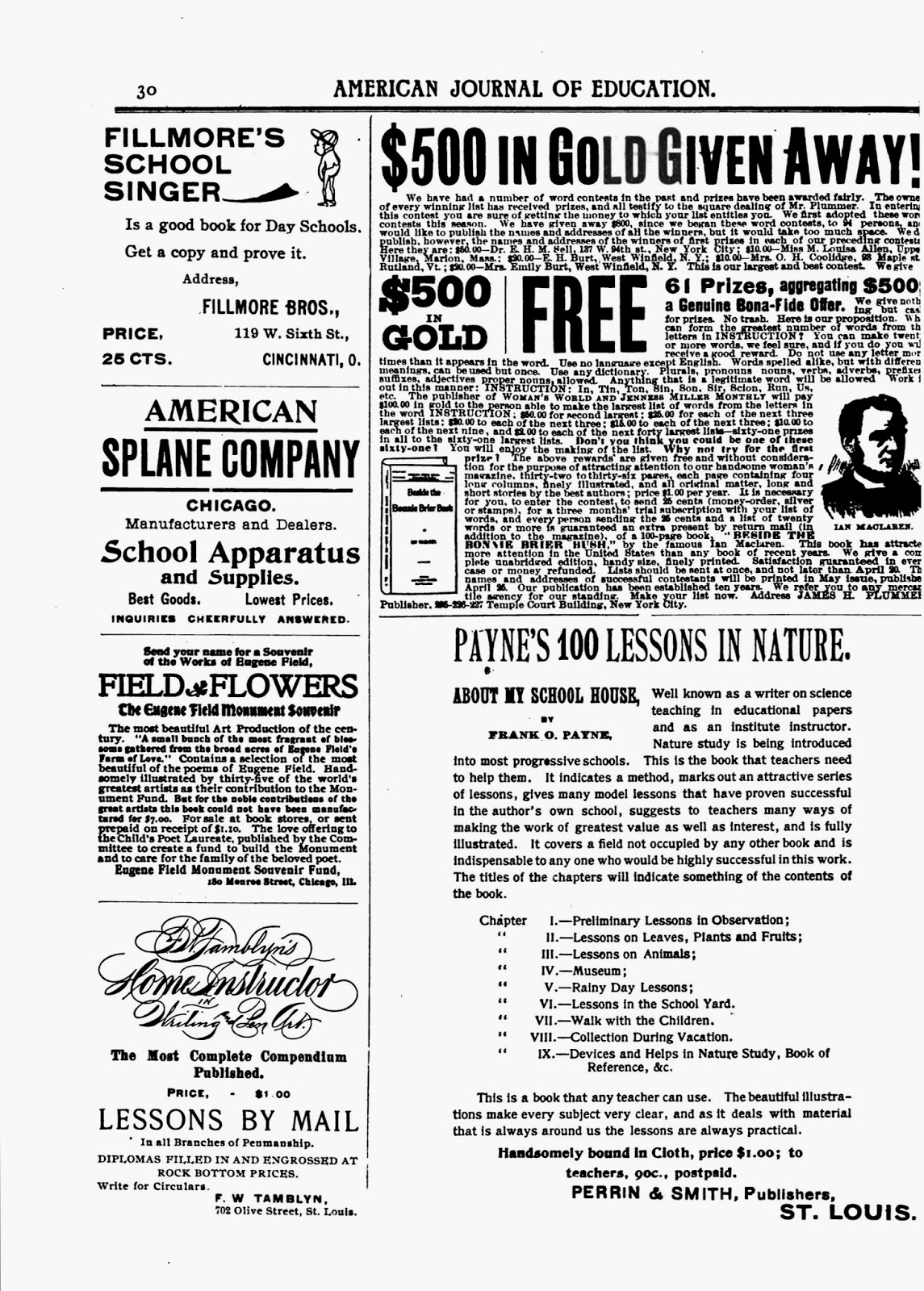 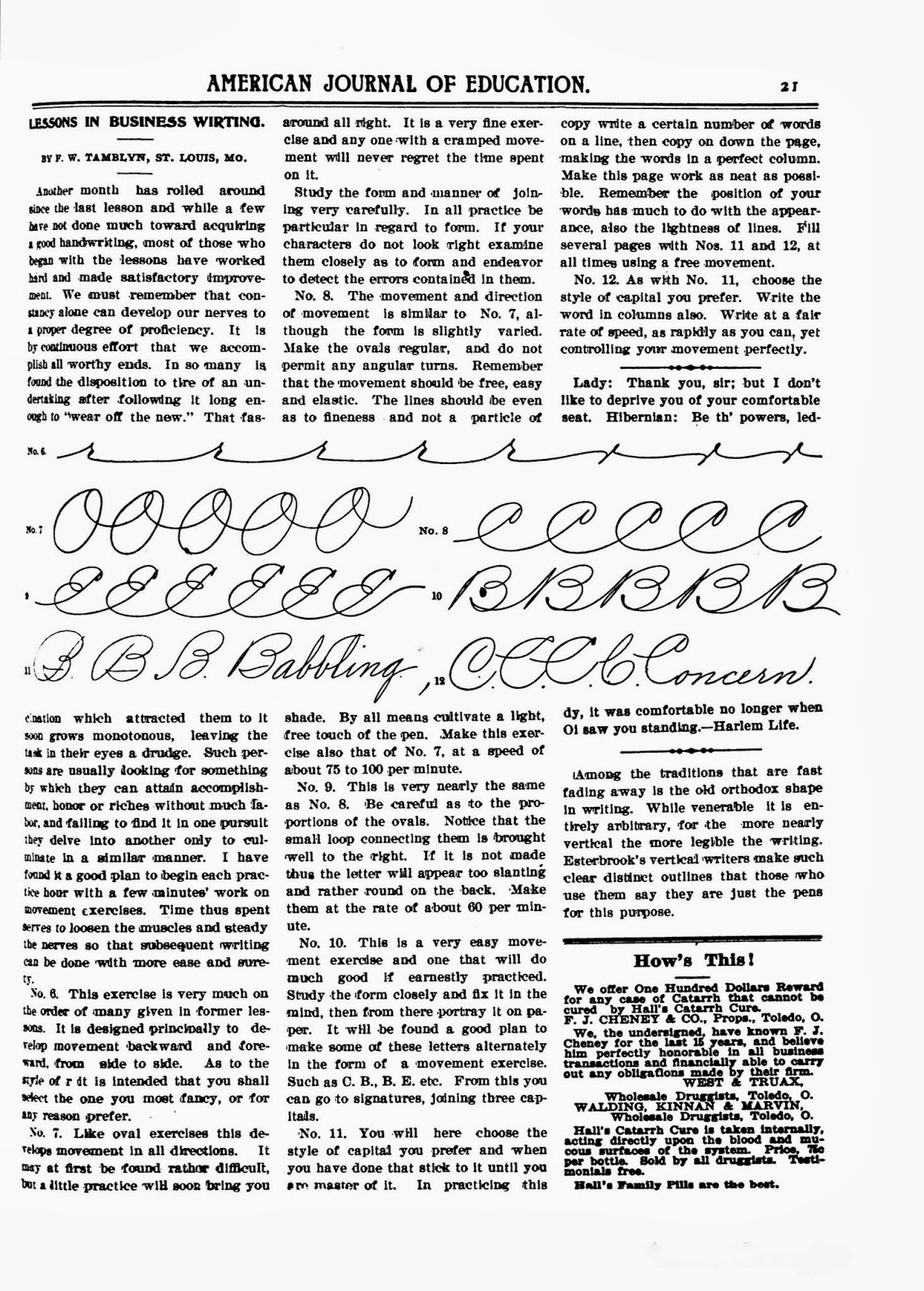 1900 United States Federal Census
“Fred” W. Tamblyn, 30, resided at 818 West 39th Street in Kansas City, Kansas. He was a teacher of penmanship and the head of the household which included his mother, a widow, and stenographer, Molly Berkley, a boarder. Tamblyn’s parents were born in England. 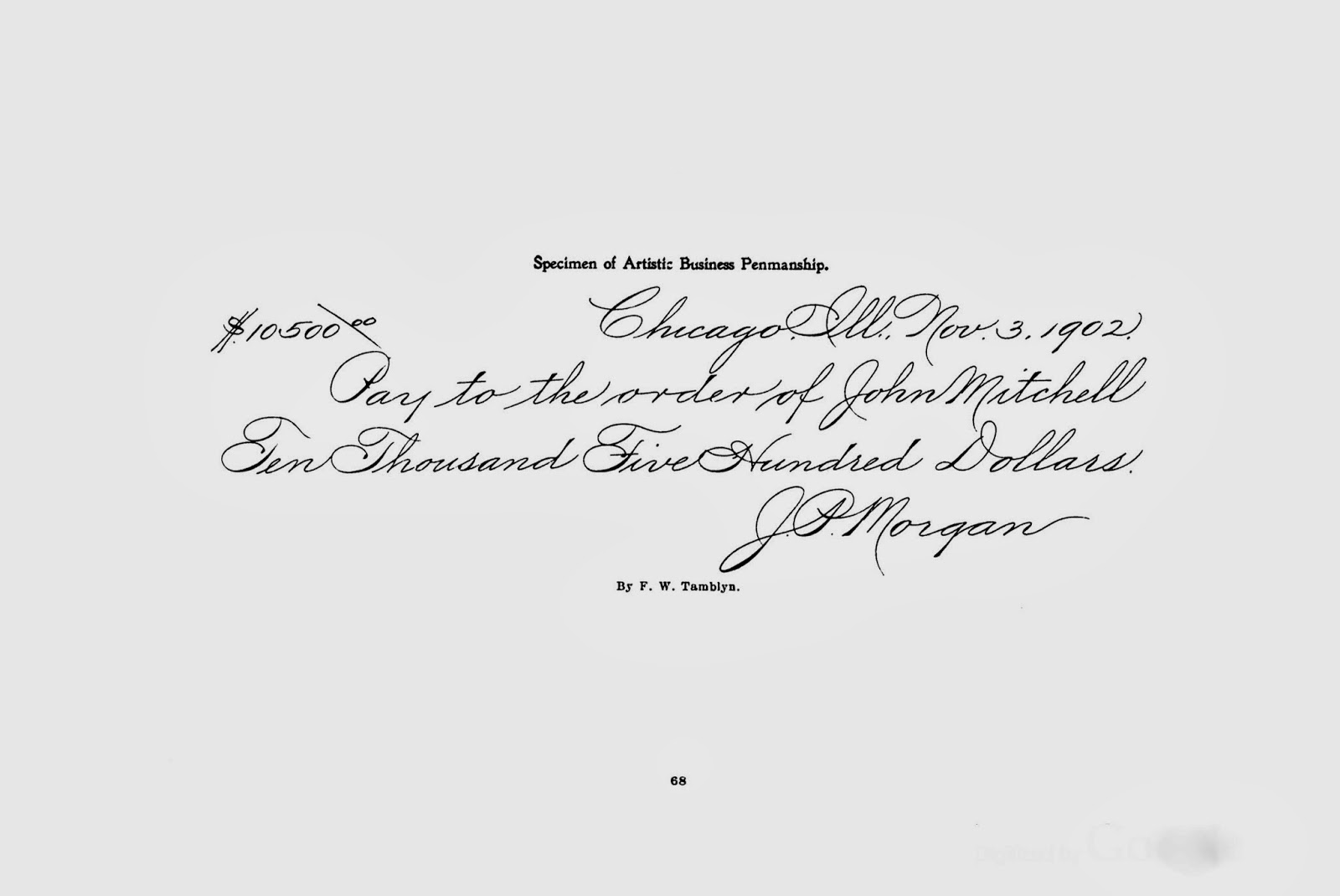 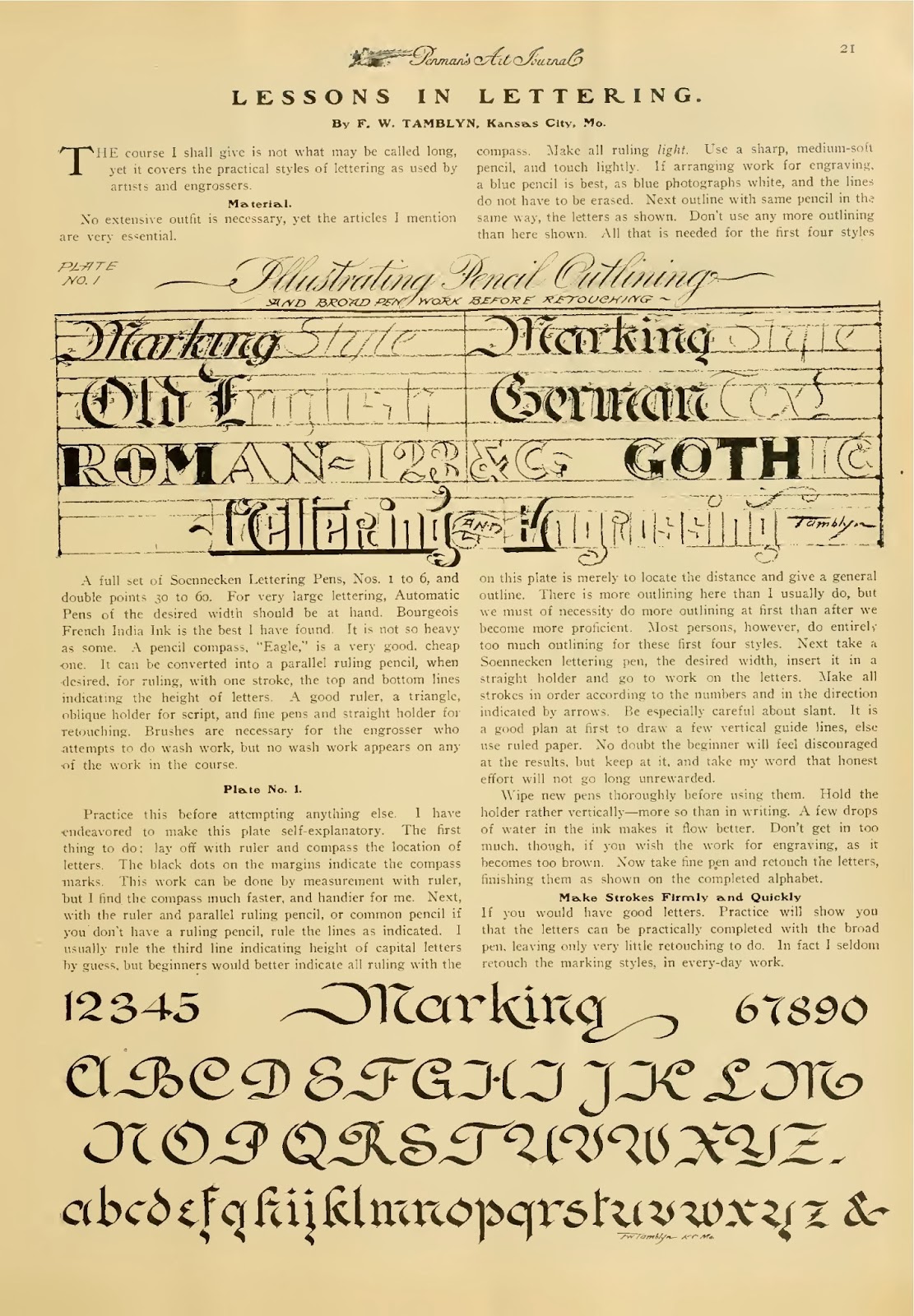 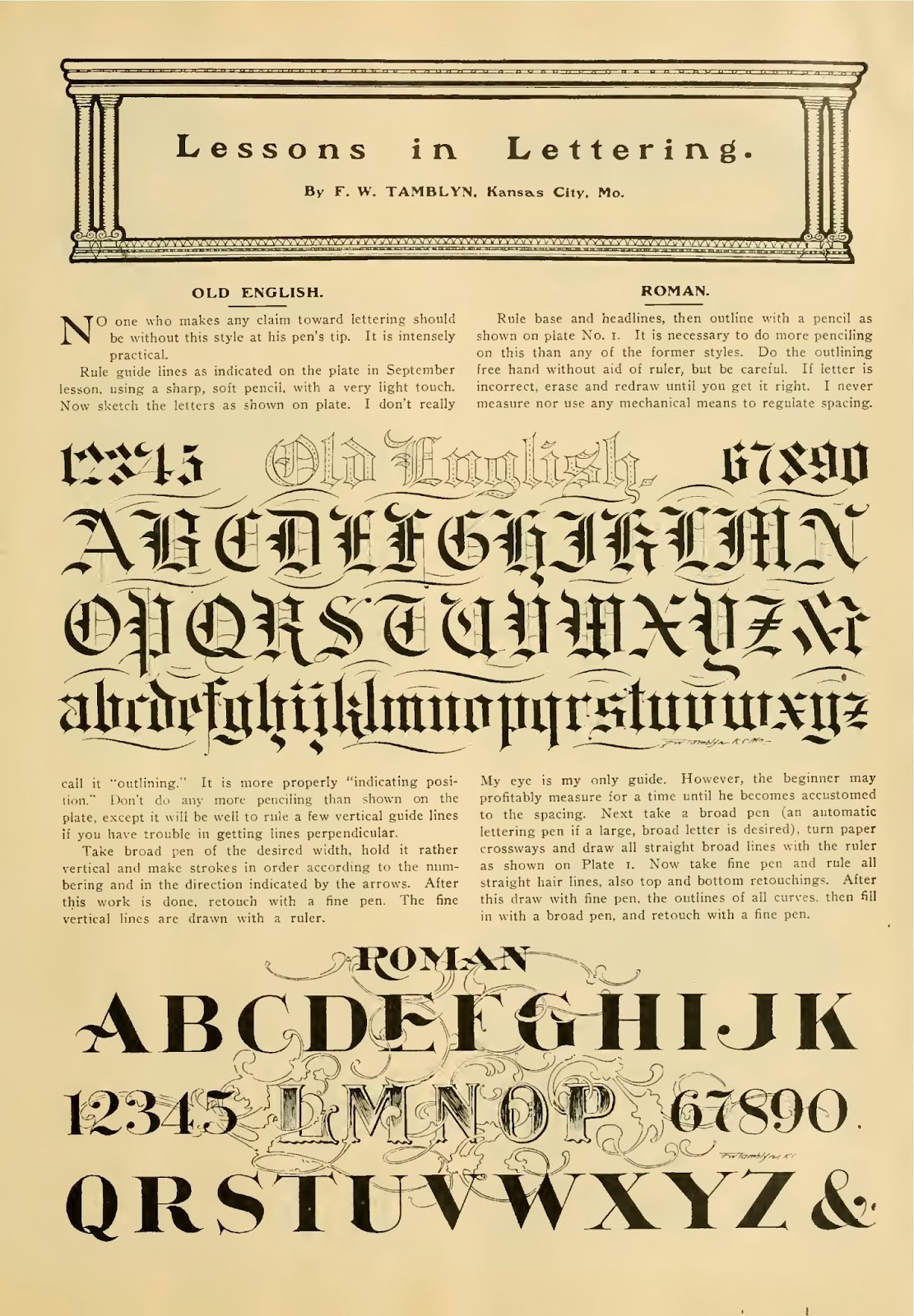 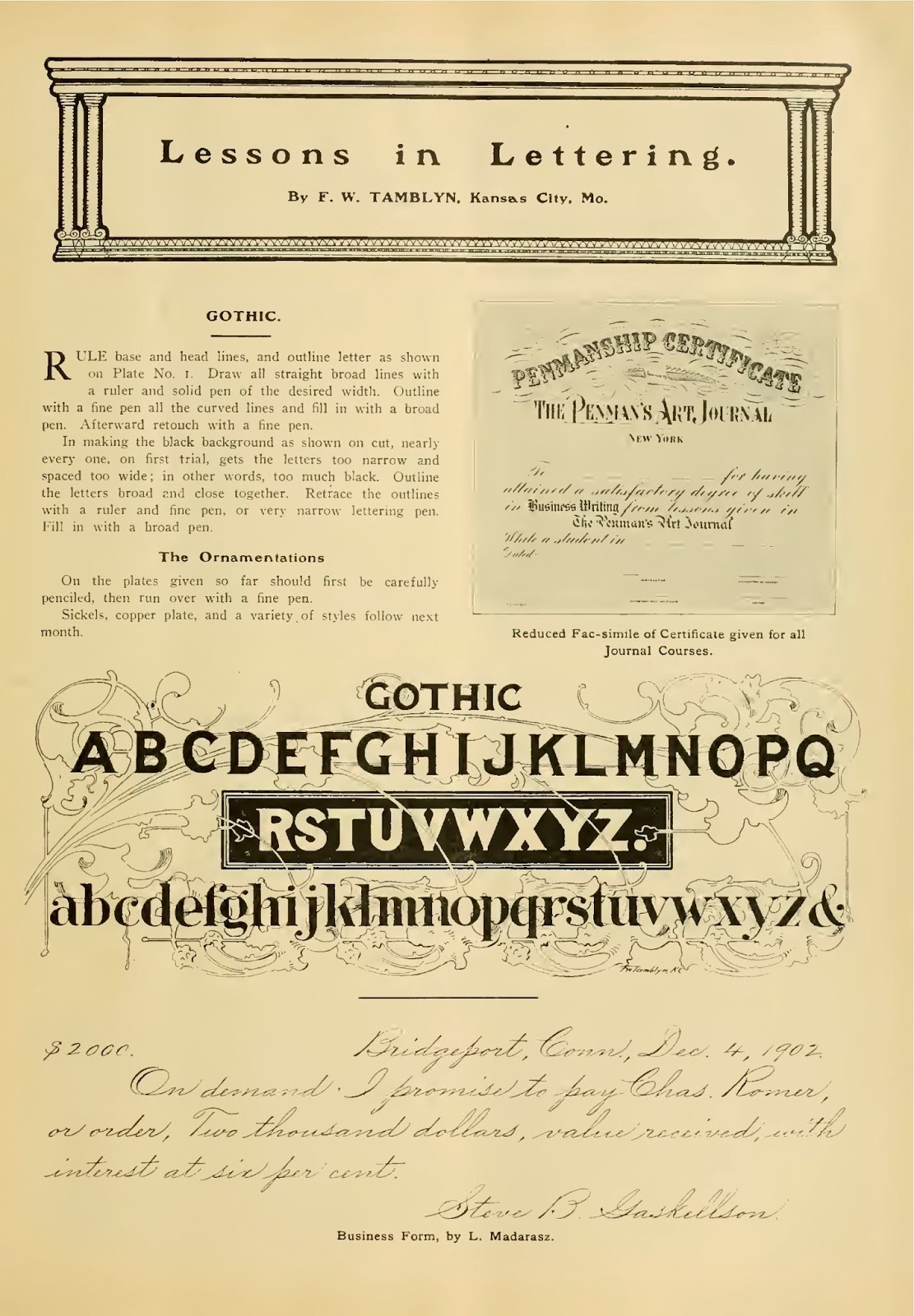 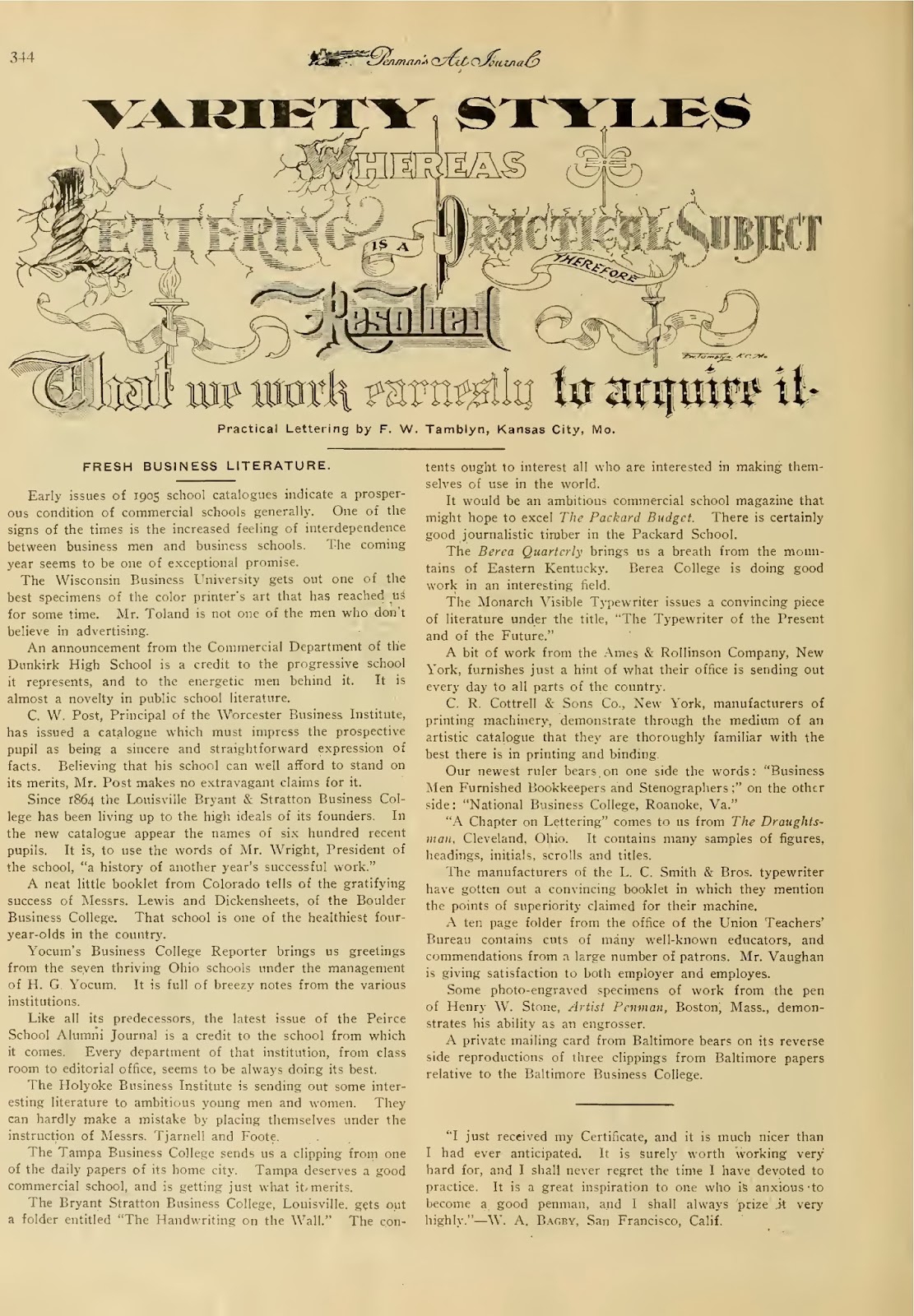 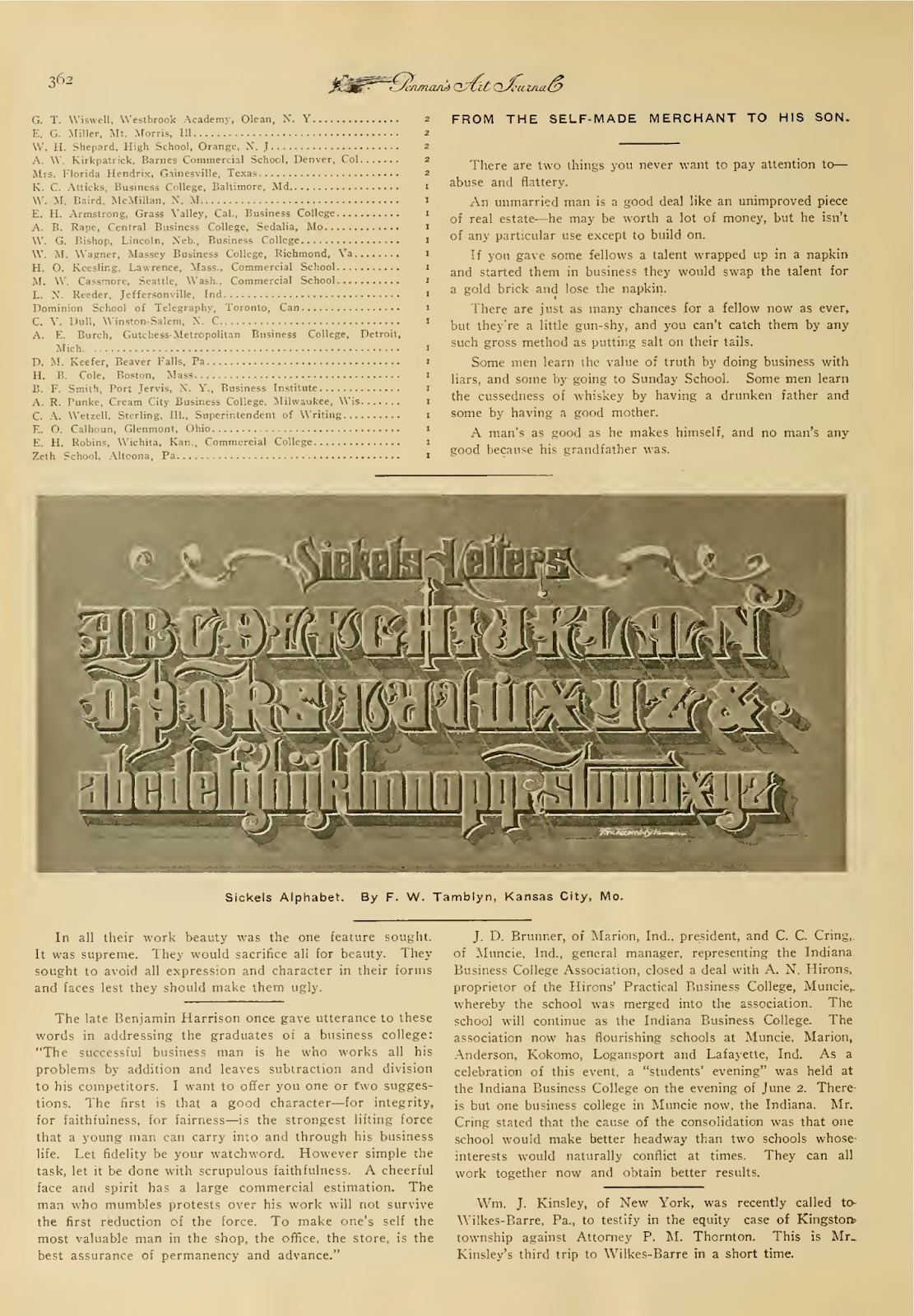 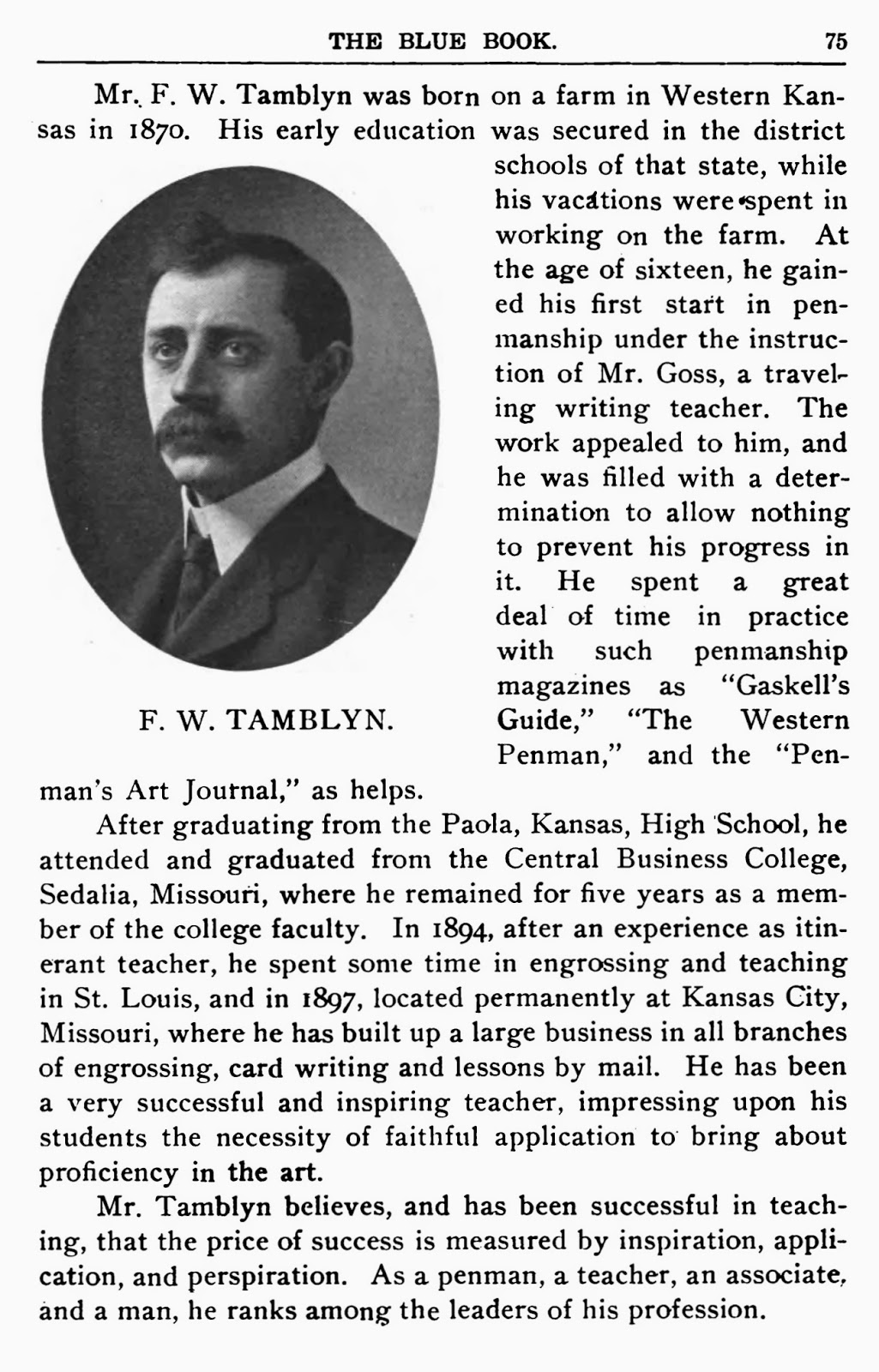 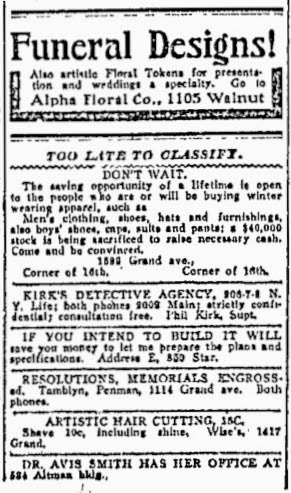 System the Magazine of Business
June 1918
Learn to Write advertisement 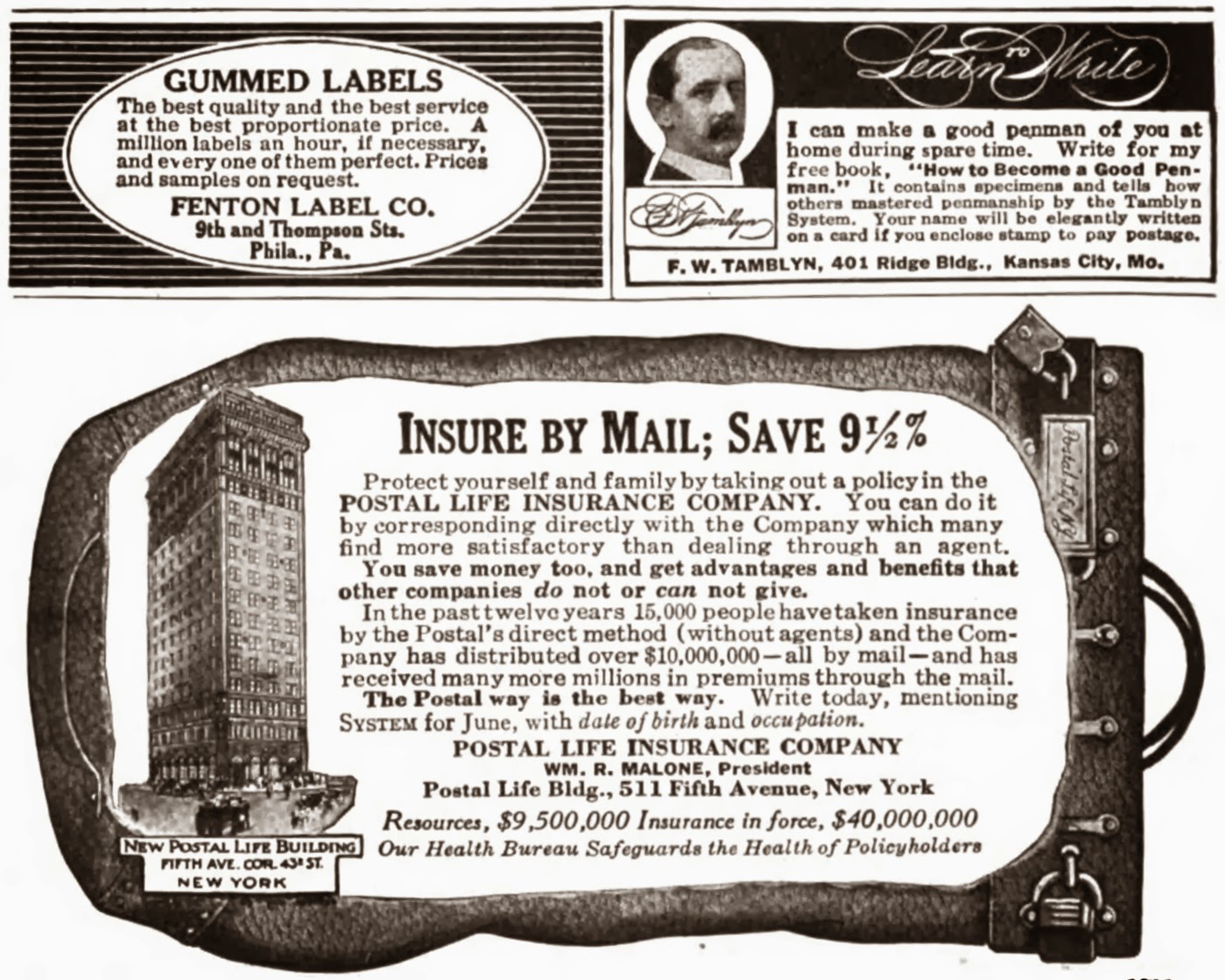 1920 United States Federal Census
“Fred” W. Tamblyn, 50, remained at the same address in the 1910 census. His occupation was unchanged. His wife’s name was Florence, 39, and his children were William, 16, and Frances, 9. Hattie H. Swartz was a lodger.

1930 United States Federal Census
Frederick W. Tamblyn, 60, lived with his wife and daughter at the same address. Tamblyn was the owner of a correspondence school. He was 30 when he married Florence, and did not serve during World War I. His house was valued at $9,500.

How to Become a Good Penman
advertising packet by F.W. Tamblyn

1940 United States Federal Census
Fredrick Tamblyn, 70, and his wife still resided at 3620 Walnut Street in Kansas City, Kansas. He had completed four years of high school and never attended college. He did not work in 1939. His house was valued at $3,5000.