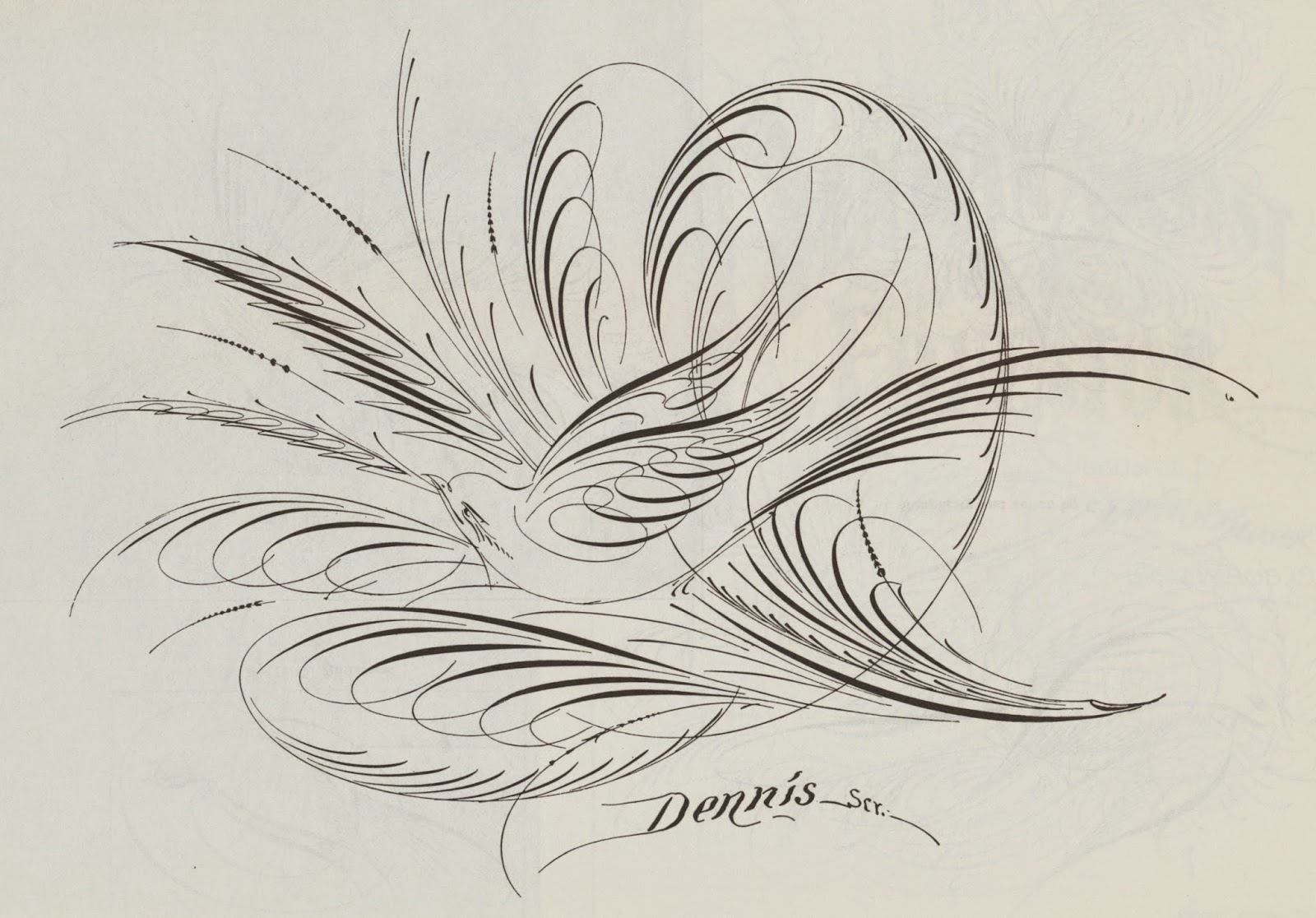 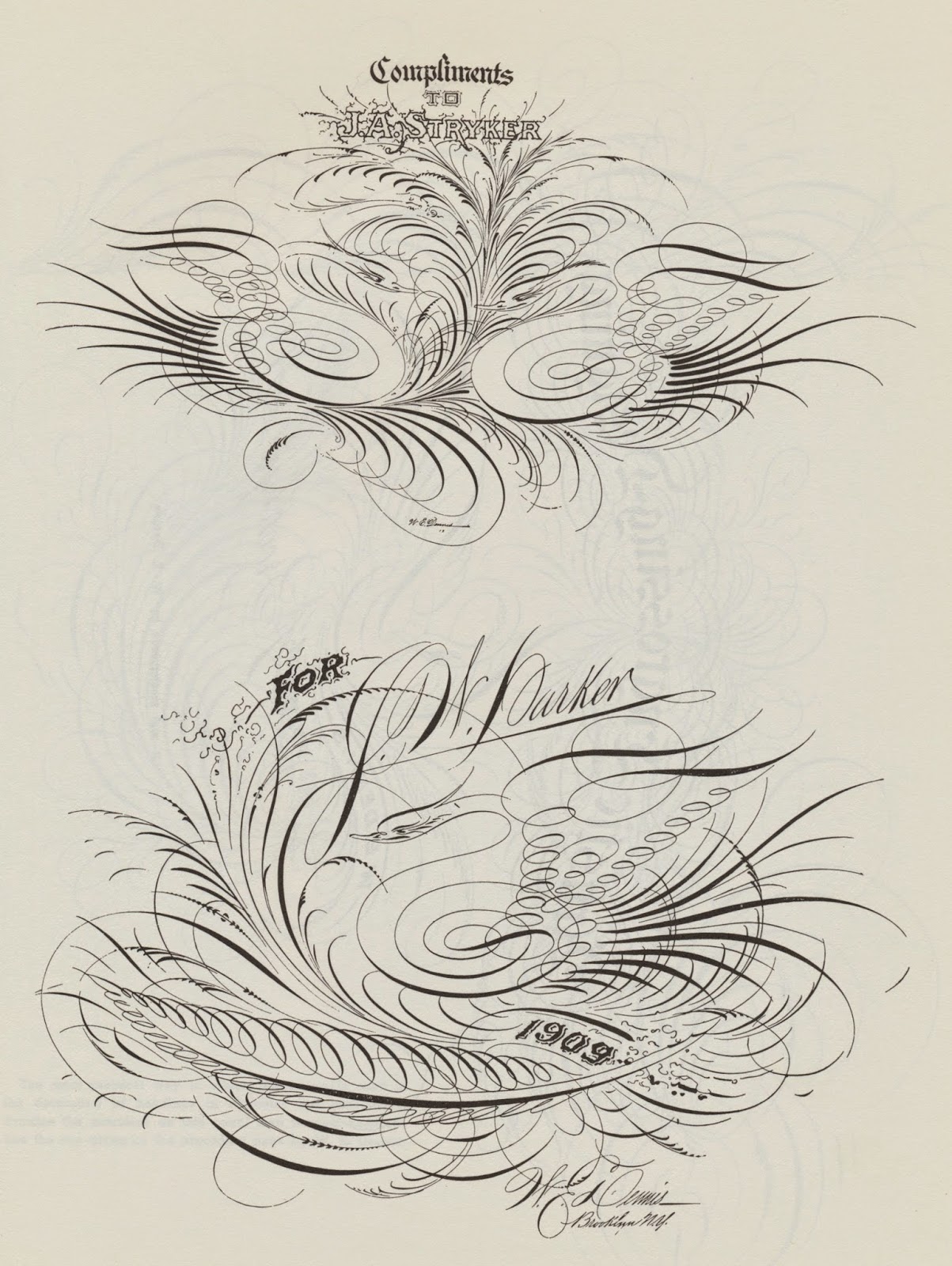 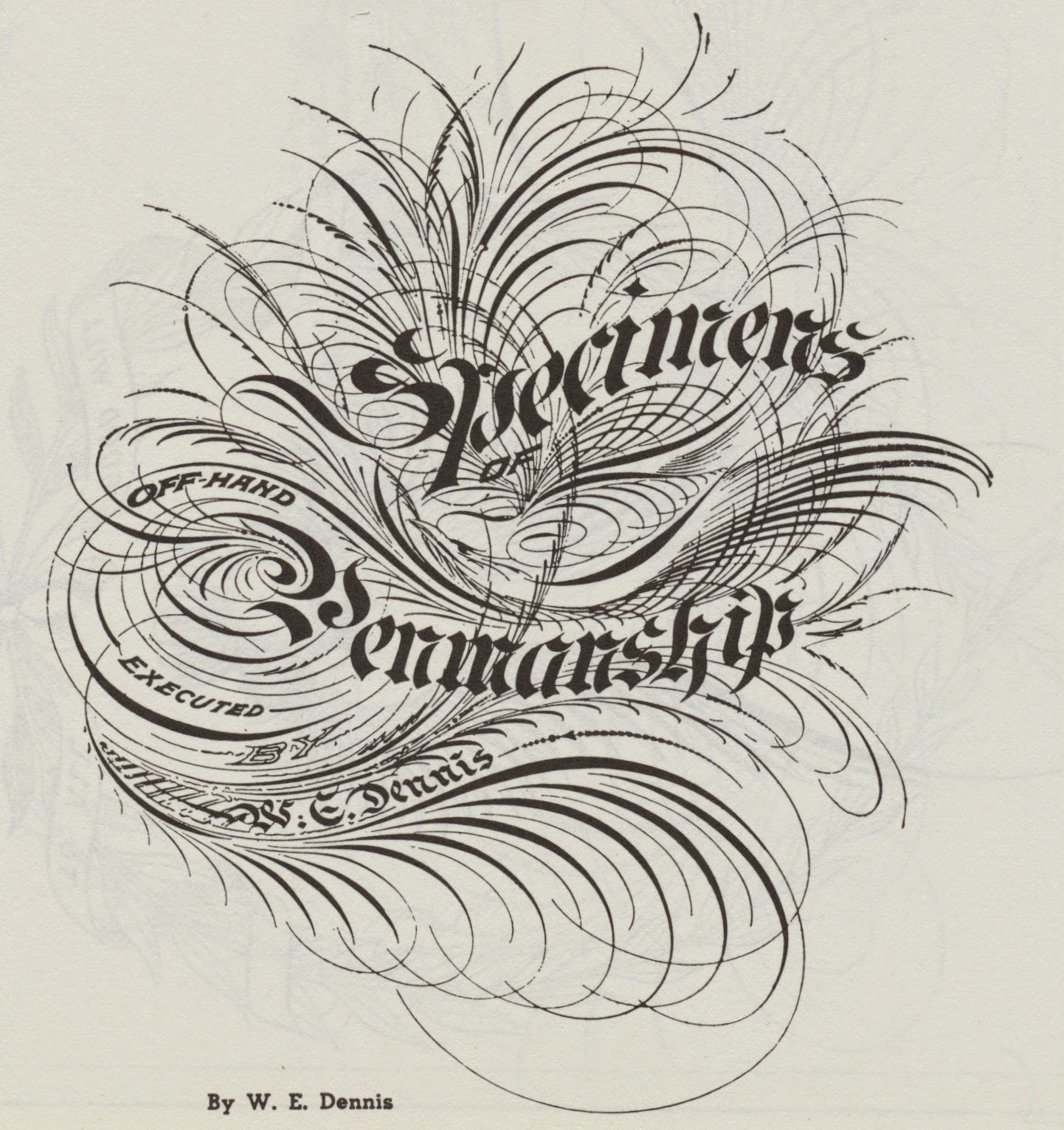 The Brooklyn Standard Union
(New York)
September 10, 1905
Many Important Changes in the Faculties of Prominent Brooklyn Colleges
…Packer makes few changes in faculty this year. The new head of the department of Latin and Greek is Miss Alice Van Vilet, an instructor of last year. The French department will be in charge of Louise Guehin, who succeeds Florence Bristowe. The new teacher of ancient languages is Elizabeth McJ. Tyng, and William E. Dennis is the new instructor of penmanship.

The Brooklyn Daily Eagle
(New York)
February 9, 1906
Case of Valentine Is Drawing to a Close
…William E. Dennis, a teacher of penmanship, etc., from Flatbush, was on the stand for the defense when court closed for the day. He was shown photos of Mrs. Valentine’s signatures and the alleged forged signature, He apparently had not been called into the case but recently, and, as some time was being taken for his answers, Mr. Griffing announced that he could go no further until to-day.

The Brooklyn Daily Eagle
(New York)
February 10, 1906
Case of Valentine Not in Jury’s Hands
…With Justice Rogers, the twelve jurymen and the counsel looking at photographic reproductions of signatures and other writing while one of the experts, William E. Dennis, gave demonstrations on large sheets of paper placed on an elevated frame, the court room resembled a class at school taking a lesson in penmanship.

The Blue Book
L.E. Stacy
1907
Mr. W. E. Dennis was born in Chester, New Hampshire, in i860. At the age of 15 he secured a copy of Gaskell’s Compendium and made considerable progress by practicing during his odd moments. For two years he practiced without a teacher and at the age of 17 entered Gaskell’s Business College, Manchester, New Hampshire, Mr. Dennis completed a course under Gaskell and prepared a number of large pieces of pen work. He then taught writing classes as an itinerant teacher, and later came under the instruction of Mr. A. R. Dunton who trained him in engrossing, preparing script copy, etc. Mr. Dennis next went to Brooklyn and taught for several years in Wright’s College, and later at Peirce [sic] College, Philadelphia, for one year.

For the past 17 years Mr. Dennis has been the leading engrosser and pen artist of Brooklyn. He has attended art colleges and lectures and supplemented these courses by the study of designing, engraving, etc. He has built up a profitable business and keeps two assistants busy in addition to what he is able to do himself. For engrossing resolutions, etc., he receives prices ranging from $100 to $250. He has all of the work he can do in the cheaper grades, running from $10 to $50. Except during the summer months, Mr. Dennis has from six to twelve sets of resolutions ahead of him and finds that his business is increasing from year to year. He is a master in the use of waiter colors and the art of illumination.

The Brooklyn Standard Union
(New York)
June 8, 1924
William E. Dennis
William E. Dennis, well known penman, died Friday [June 6] in Prospect Heights Hospital. He was born in New Hampshire sixty-five years ago and had been a resident of Brooklyn for forty years. He was a member of Anthon Lodge, 679, F. and A. M. He is survived by his widow, Elizabeth McAlpin Dennis. The funeral services will be conducted at 2:30 P.M. today by the Rev. Dr. Frederick Stiehier. Interment will be at Lutheran Cemetery under direction of H. J. Flood, 297 Van Brunt street.

The Brooklyn Daily Eagle
(New York)
June 13, 1924
“Woman Arouses Courthouse by Attack on Will”
Housekeeper for the Late William Dennis, Handwriting Expert, Charges Fraud.
A woman created a stir in the clerk’s office of the Surrogate’s Court this afternoon when she cried in a voice that was audible far down the long corridors that the 30-year-old will of the late William E. Dennis, prominent handwriting expert, as offered for probate, is a fraud.

The woman said she was Anna Morley, a boarding house keeper of 120 Schermerhorn st. She said she gave Dennis his meals for six years and kelp clean his two-room apartment above his etching establishment at 374 Fulton st. She claimed he had left his wife, Lizzie, 16 years ago after a legal separation.

The will leaves the entire estate, valued at $8,000, to the widow Lizzie Dennis, who lives at 142 Franklin st., Astoria, L.I. No mention has been made of a brother, Charles H. Dennis of Manchester, N.H., or a nephew, Howard Miles of Providence, R.I. The will was drawn in 1894.

The Morley woman denied the efforts of attendants to quiet her. She declared that the night before Dennis died in the Prospect Heights Hospital early in June he told her he wanted to change his will. She said she didn’t know he was dying and told him to wait until he felt better. The next morning he had died and yesterday the will was filed for probate by the widow.

The woman said she would put in a claim for her services. No mention of her is made in the will.

The Brooklyn Daily Eagle
(New York)
July 14, 1924
“Nephew Protests W.E. Dennis Will”
A nephew has appeared from Providence, R.I., to contest the will of William E. Dennis, penman and engrosser, drawn almost 30 years ago and leaving his entire estate of $8,000 to his estranged widow, Mrs. Elizabeth Dennis of 142 Fulton st., Astoria. Dennis died at the age of 66.

This became known today when Peters & Burchell, attorneys for the nephew, Howard Miles, filed a petition in the Surrogate’s office asking that the probate of the will be delayed until they can present their objections to Surrogate Wingate. The objections from the nephew arrived in Brooklyn an hour after the will had been marked for final decree and settlement in favor of the widow.

According to the petition, Dennis lived in a room at 374 Fulton st. until shortly before his death, June 6 last, in Prospect Heights Hospital.

Recently his widow filed for probate a yellow document alleged to be his last will and dated April 30, 1895. It left all to her. Eleven years after the will was drawn, according to the petition, Dennis was legally separated from his wife and payed her a monthly sum for her support. The petition claims the existence of a later will leaving Dennis’ business and entire estate to the nephew, Howard Miles.

Artwork by Dennis and others can be viewed here.

(Next post on Monday: Bill English)
Posted by Alex Jay at 8:00 AM