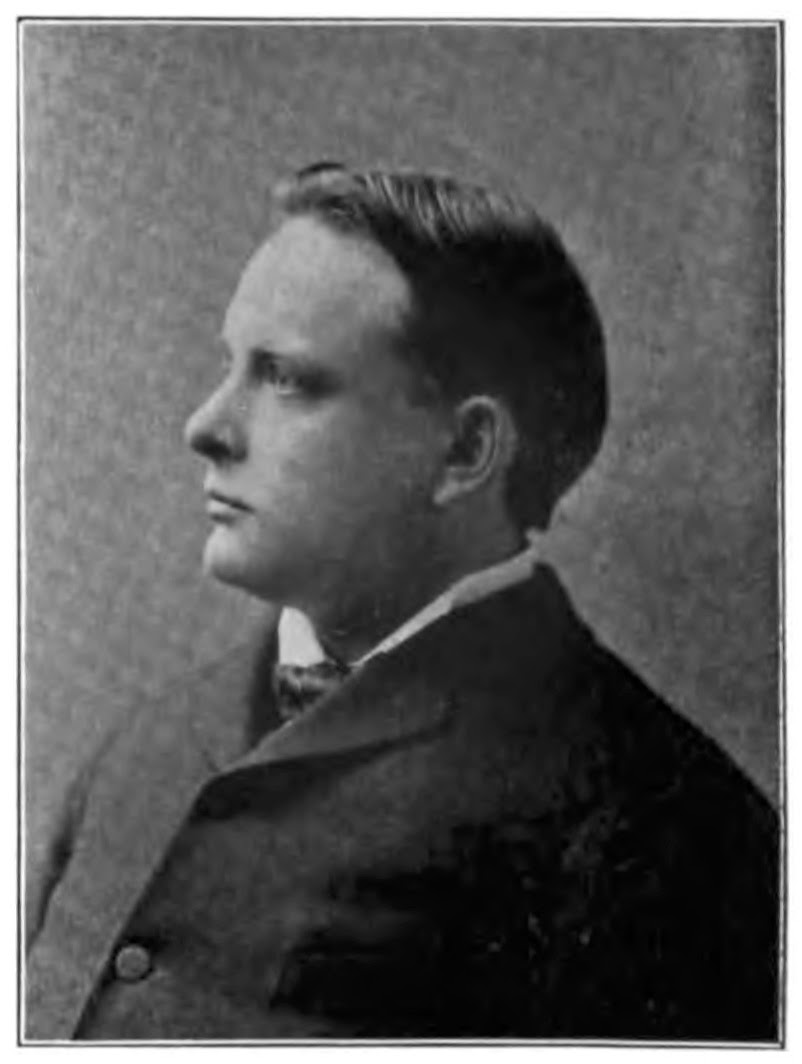 Biographies and Portraits of the Progressive Men of Iowa, Volume 2
Benjamin F. Gue, Benjamin Franklin Shambaugh
Conaway & Shaw, 1899
Palmer, Austin Norman, of Cedar Rapids, is president of the Cedar Rapids Business College, president of the Western Penman Publishing Company and president of the Commercial Club and is credited with being the moving spirit in its organization. The club is composed of two hundred of the leading business and professional men and is, as its name indicates, devoted to the commercial interests of that city. Mr. Palmer’s father, Norman C. Palmer, was a farmer and a resident of St. Lawrence County, New York. He married Clarinda Woodward, and enlisted and served in the war of the rebellion. Young Palmer received his early education in the country schools of his native county and the public schools of Manchester, New Hampshire. Later he attended the Literary Institute, New Hampton, N.H., and the Bryant and Stratton Business College of Manchester; but a large part of his education has come from the great school of experience.

In 1877 he came west and taught classes in writing in Rockville, Indiana, and St. Joseph, Missouri. When he first went to Cedar Rapids he worked for one year as contract writer for the Iowa Railroad Land Company, and one year at bookkeeping for the Cedar Rapids Insurance Company. He taught penmanship, commercial law, and bookkeeping one year in the Cedar Rapids Business College; one year divided between Cedar Rapids public schools and business college as instructor in penmanship, half days in each. This was the fall, winter and spring of 1883 and 1884. In April, 1884, he started the Western Penman as a bimonthly, eight page paper. In May, 1884, he resigned positions with business college and public schools to enter into a co-partnership with B. M. Worthington of Chicago under the firm name of Worthington & Palmer.

The Cedar Rapids Business College was pushed with renewed vigor, new rooms were added, new furniture purchased, new teachers hired, and the attendance more than doubled within a short time, and while this was being done, the Western Penman was not slighted, but through its advocacy of muscular movement and better methods of teaching writing, became the leading penmanship publication of America, while other penmanship works published by Mr. Palmer were largely sold.

The Western Penman has now a monthly circulation of twenty thousand copies, and is a forty page journal. It is considered by the leading teachers of penmanship a power for good in the cause of practical writing. It is used as a textbook in hundreds of schools, and from twelve to fifteen thousand subscriptions to it are annually received in clubs from teachers who recommend it to their pupils. Other penmanship publications having a wide sale are Palmer’s Guide to Business Writing, and Palmer’s Penmanship Budget.

in 1891, Mr. Palmer purchased a business school in St. Joseph, Missouri, and a little later another in Creston, Iowa. The Western Business College Company was formed, incorporated and the three schools became its property. Mr. Palmer owned the majority of the stock and managed the business. He built up a fine school in St. Joseph, but found his work too heavy for one man, and in 1893 sold the St. Joseph school; later the Creston school was sold, and Mr. Palmer is now devoting his entire energies to the Cedar Rapids Business College and his penmanship publications, and every waking moment is a busy one. Through the suggestion of Mr. Palmer, the Western Penman’s Association was organized in Des Moines, Christmas holidays, 1886, and he has occupied every office within its gift. Meetings of this association have been held in Cedar Rapids, Davenport, Peoria, Louisville, Columbus, Indianapolis, Lincoln and for the last three years in Chicago. The name of the organization has been changed to Federation of Teachers’ Associations, embracing four distinct organizations, and being the strongest organization of commercial teachers in America. Mr. Palmer was secretary of the Federation and in 1898-9 was elected president.

Professor Palmer does not have much time to devote to politics but in National elections votes the republican ticket. In local affairs he is independent. January 1, 1884 he was married to Sadie P. Whiting, who has a clear bead for business and has frequently devoted her entire time to assisting the Professor in his duties. They have no children and are members of the Episcopal church.

The Blue Book
Containing Photographs and Sketches of a Few Commercial Teachers
L.E. Stacy
1907
Mr. A. N. Palmer was born at Fort Jackson, St. Lawrence County, New York. As Mr. Palmer will not tell the exact date of his birth, we are unable to give accurate information. He lived on a farm during his youth, and when he was about thirteen, the family moved to Manchester, New Hampshire, where he attended public schools and later took bookkeeping and penmanship at Gaskell’s Business College. Here he came under the instruction of G. A. Gaskell and Charles T. Cragin, and became acquainted with W. E. Dennis. He took the bookkeeping course, but paid more attention to penmanship.

He then started out to organize classes in penmanship, took literary work at the New Hampton Institute, and finally went west, teaching classes at Rockville, Indiana, and St. Joseph, Missouri. He then went to Cedar Rapids, Iowa, to work for the Iowa Railroad Land Company. At this time he evolved the “muscular movement” idea, and has been preaching it ever since. He later worked for an insurance company, and resigned a position paying $75.00 a month, to work for the Cedar Rapids Business College at $50 a month. He then became a partner in a business college in Chicago, Illinois, but after two years returned to Cedar Rapids, to take an interest in the Cedar Rapids School. He had already started the Western Penman, and when the Goodyear and Palmer partnership was dissolved, Mr. Palmer took the business college and the Penman. Mr. Palmer now devotes his entire time to looking after his publications, and has built up an extensive business.

Austin Norman Palmer, originator of the Palmer method of writing and a former resident of Winfield avenue, Mount Vernon, died yesterday at his home, 666 West End avenue, New York city, after a brief illness. Mr. Palmer was president of the A. N. Palmer Publishing company, 55 Fifth avenue, editor of The American Penman magazine and president of Cedar Rapid Business college. He is survived by his widow, Mrs. Sadie Palmer, and a sister, Mrs. Ida Palmer Balheim of Cedar Rapids, Iowa. He came to this city to reside in 1915 and remained for a period of about five years, during which he attended the Church of the Ascension. Mrs. Palmer, when a resident of Mount Vernon, was active in affairs of the Westchester Woman’s Club.

The penmanship expert was born in St. Lawrence county, N. Y., and later went to live in Iowa, where he began publication of The Western Penman in 1884. His first penmanship lessons appeared in that publication. His methods attracted attention and he was asked to publish a writing book. In 1900 the first edition of his “Palmer Method of Business Writing” was issued.

Four years later the work received the gold medal at the Louisiana Purchase Exposition at St. Louis. The Palmer exhibit there was seen by a New York public school officials who introduced it in the city’s school. It is estimated that 25.000.000 persons in this country alone have received Palmer lessons in penmanship.

Mr. Palmer maintained offices here, in Chicago, Cedar Rapids, Iowa, and Portland, Ore., with staffs of itinerant teachers. He was a member of the Rotary, National Arts and New York Press clubs and other organizations.

The funeral services were held at noon today at Campbell’s funeral chapel, Broadway and Sixty-sixth street, and later at Grace church. Cedar Rapids. The New York services will be conducted by Dr. Melford L. Brown, of the Church of the Ascension, this city.