Anatomy of a Logo: Wolfpack

The Wolfpack logo was created for Marvel Comics. An entry in my 1987 appointment book said I spoke to Ann Nocenti on Thursday, June 18, to meet the following day about two logos.
At 11 am, Friday, June 19, Ann showed me the in-house designs for The Fall of the Mutants cross-over series. She asked me to come up with some designs. Then she talked about the Wolfpack graphic novel by Larry Hama and Ron Wilson. Ann wanted a graffiti style logo but did not provide any visual reference material. She left the design up to me.
My reference were the images I saw in the urban landscape. I moved to New York City in Fall 1977 and was fortunate to witness the blossoming of graffiti. Graffiti was a welcome sight at the dreary train stations and on dilapidated trains. I have the 1974 book, The Faith of Graffiti, and several issues International Graffiti Times (purchased at Forbidden Planet).
Here are my initial design sketches. 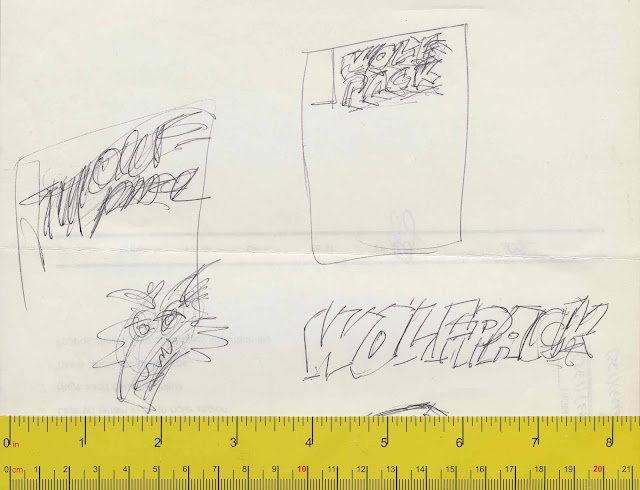 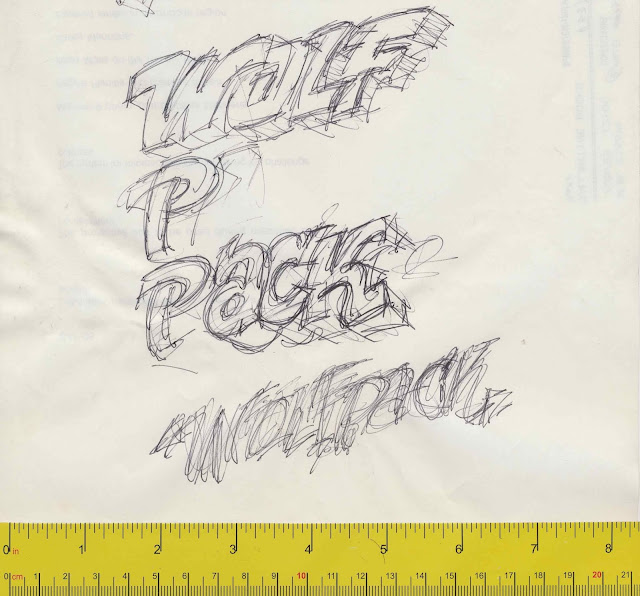 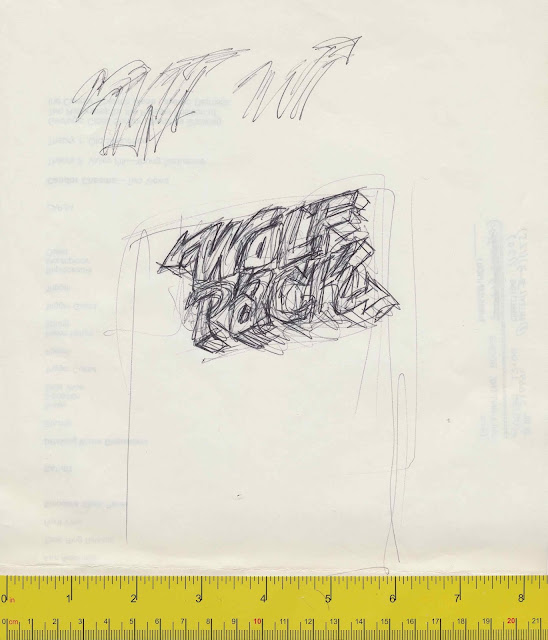 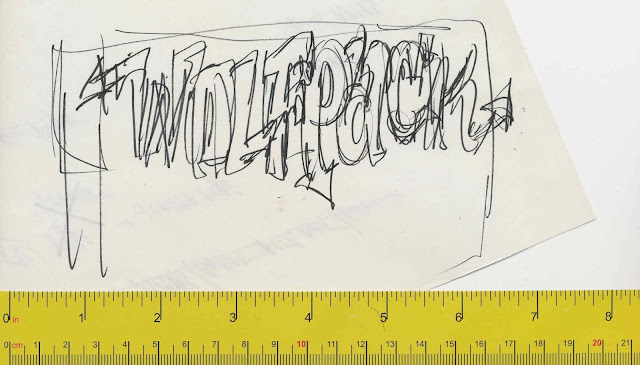 The next step was to refine the letterforms and explore alternate letter designs. This version is on two lines. 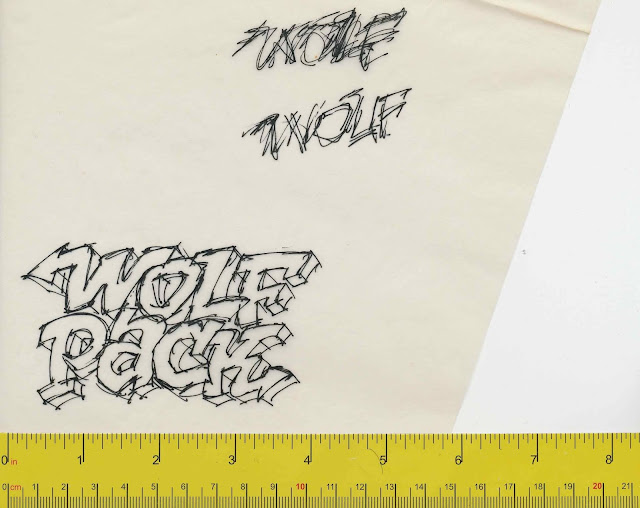 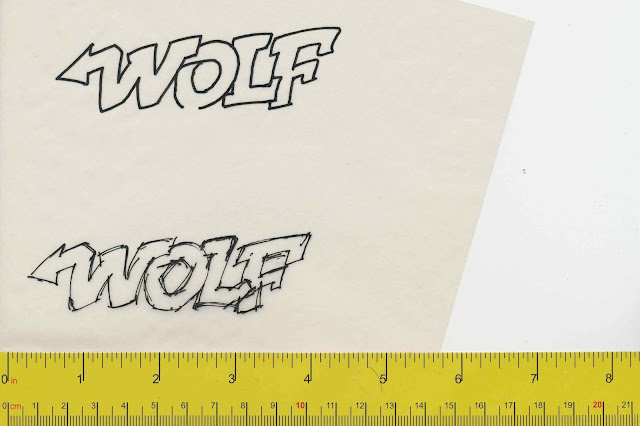 For the following version I did a coloring guide. 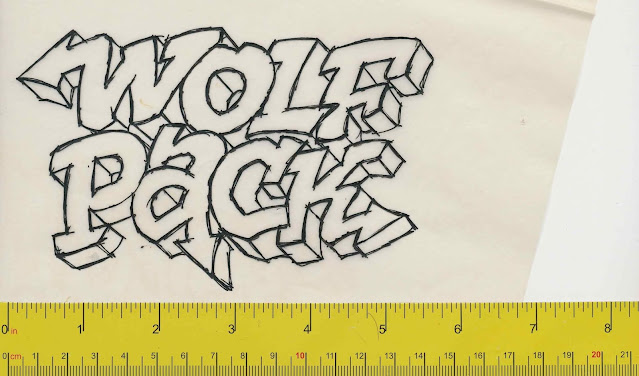 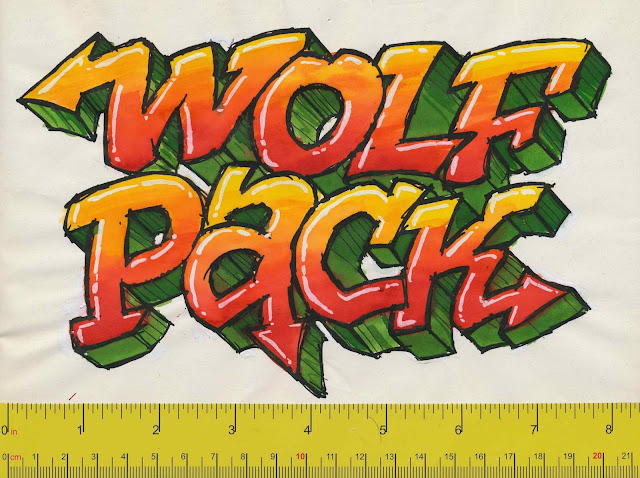 Here are the logo designs on one line. 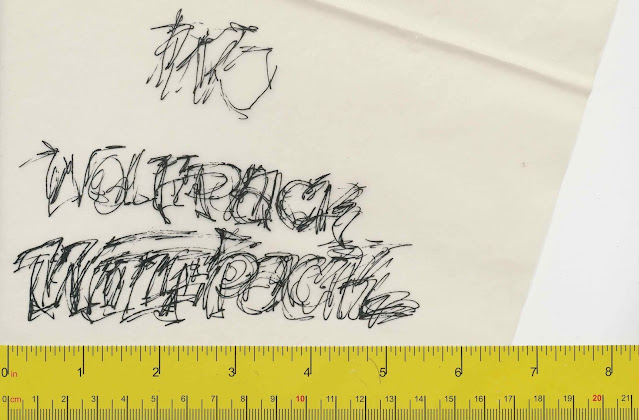 On Wednesday, July 1, I had separate appointments with Ann and Bob Harras about the status of the logos. Ann chose a The Fall of the Mutants design. Then I showed my Wolfpack sketches to Ann and she chose the design that was on one line. She expressed some reservation about the arrowheads because a graffiti artist used them on his tags. I assured her the arrowheads wouldn’t be a problem.
On Sunday, July 5, I finalized the Wolfpack logo design and proceeded to do the final art. The letters were refined once more on tracing paper which was placed a light box. I peeled the paper from the illustration board and placed it over the tracing paper and started inking. I used a Rapidograph technical pen, French curve and several ellipse templates. 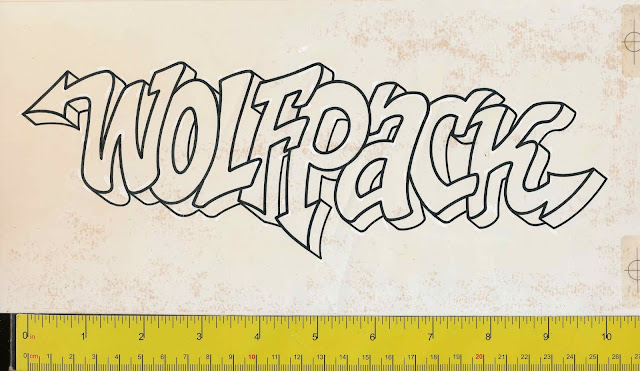 On a piece of prepared acetate I inked in the shadow lines. 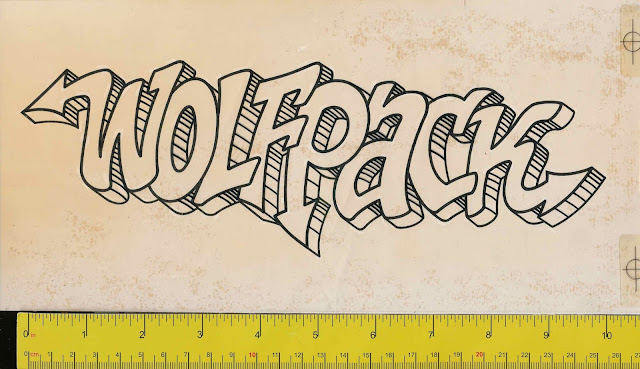 A separate piece of prepared acetate was inked for the highlights. 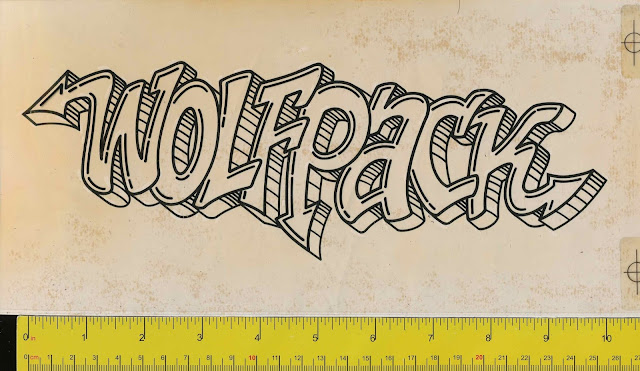 The Marvel production department added an overlay for coloring the interior of the letters. I think the adhesive caused the photostat and acetate to wrinkle. 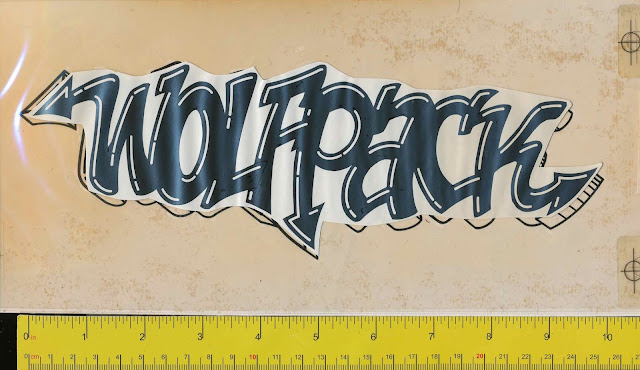 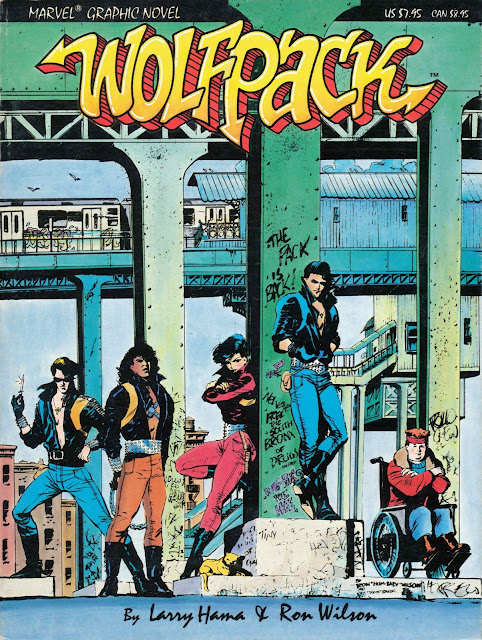