Anatomy of a Logo: Marvel, Part 3

David Vogler calls and says he wants me to work on the 1993 Marvel calendar cover. He faxes a layout with John Romita's sketch. On the fax it says

Alex—This should be in the same perspective as the characters!

The fax has a rough sketch of the Marvel logo, in perspective, behind the characters. Very quickly, I figure out the vanishing point and begin re-drawing the logo. I use the photocopier to adjust the height of the logo while keeping the width constant. 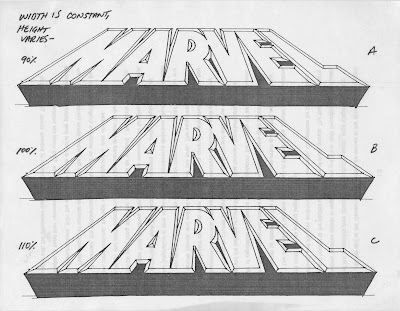 I cut a window out of the fax and position it over each logo, then I photocopy the composite. Next, I fax the three treatments to David. After reviewing the faxes, David decides not to alter the Marvel logo. 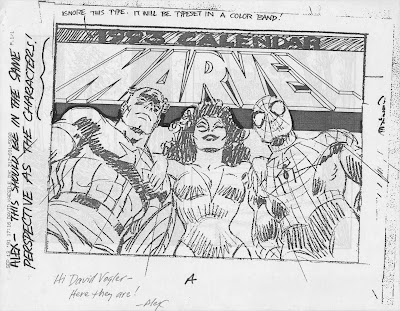 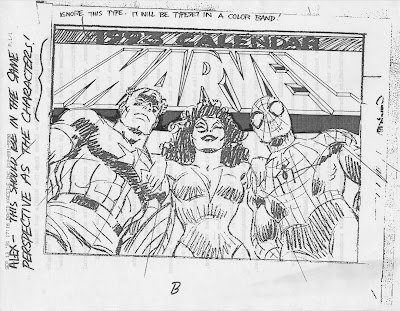 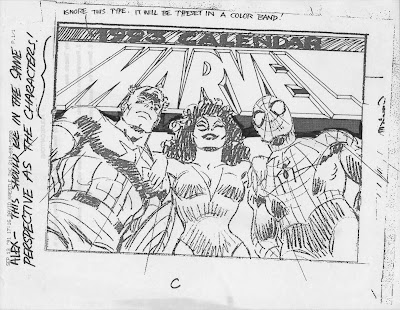 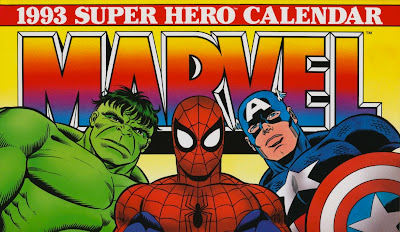 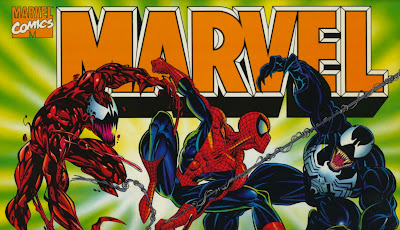