Back at the studio I began work on the finished art. The last refinement was enlarged slightly on a photocopier, and then secured to the light box. I placed a sheet of two-ply bristol board over the photocopy and penciled the letters, swirls and ornaments. Using a variety of french curves and ellipse guides, I inked it with a Rapidograph technical pen. Corrections were done with white gouache. 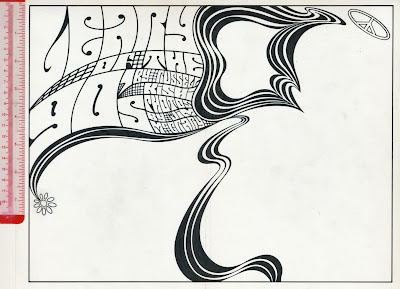 The art was scanned in two parts and stitched together; the
alignment is slightly off in the middle near the top and bottom.

I delivered the artwork in the afternoon.

David called and said he wanted a few additional ornaments: three boxes, two running heads and three folios. The quotes from Leary would be inside the boxes. The swirling running head and folios would replace the standard ones used in the magazine. I delivered the art later that day. 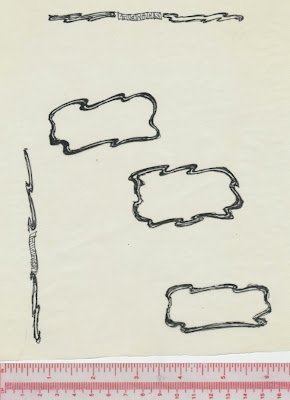 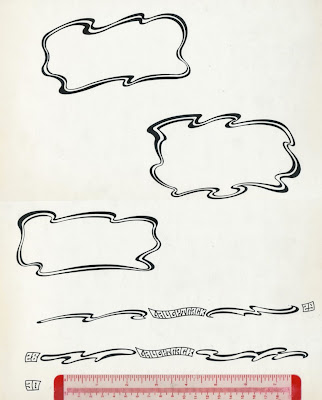 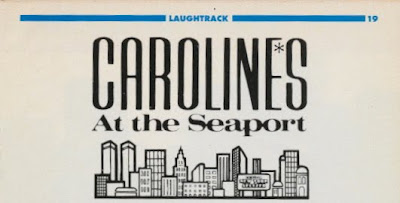 Later that month, I picked up copies of the Laughtrack from David. (I saw Leary at the 1976 San Diego Comic-Con. My recollection is foggy, but fortunately, memories of his attendance were recalled quite clearly here and here.) 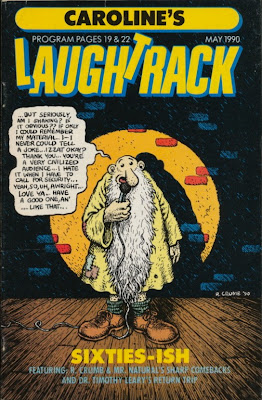 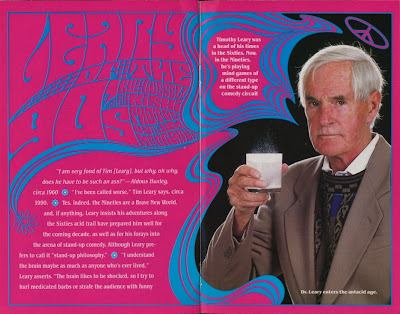 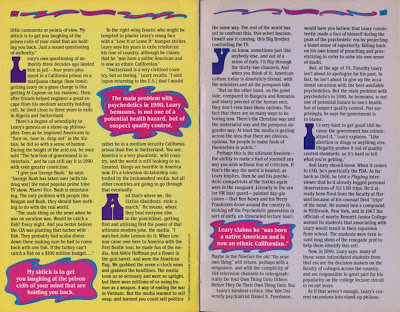 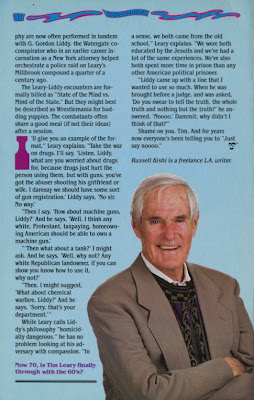 (Next post on Monday: Titan Missile Museum)
Posted by Alex Jay at 8:00 AM