David Vogler, of David Kaestle Inc., offered an assignment that I've always wanted to do: lettering in the style of the 1960s psychedelic poster era. The Kaestle studio handled the art direction and design of Laughtrack, a program distributed at comedy clubs. The topic of the May issue was the 1960s, and in particular, Timothy Leary. The title of the article was “Leary of the 90’s”; David wanted title to reflect the psychedelic poster era. He provided a photocopy of the Leary photograph.

Later that evening at home, I looked through my small collection of Bill Graham psychedelic concert postcards (reduced versions of the posters) and selected a Wes Wilson design. 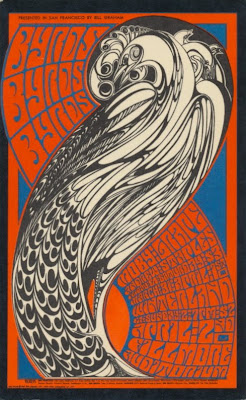 The next morning at my studio I began sketching out the design. David supplied a rough layout, which I do not have in my file. The title and text was on the left page of the spread, and, on the right, was the photo of Leary and a caption. In addition to the title, I had to include the writer and photographer’s names. 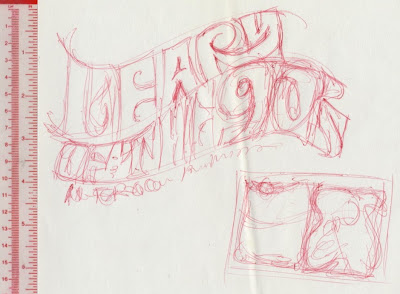 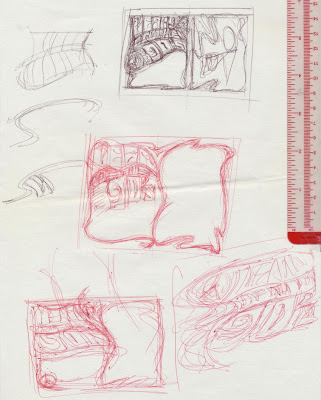 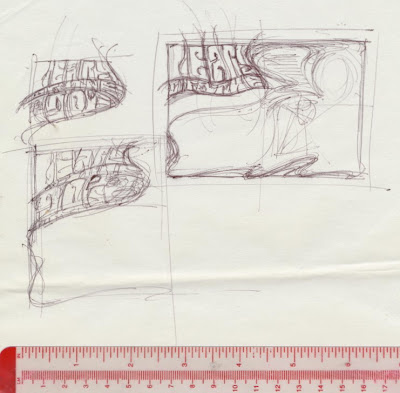 I chose one of the thumbnail sketches and developed it further. 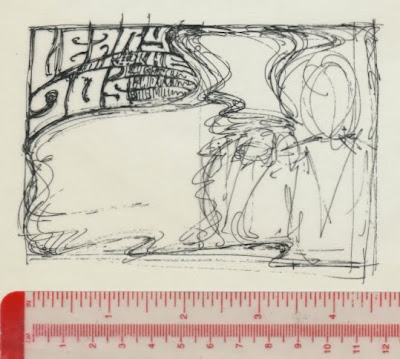 I enlarged the sketch and began refining it. There were two graphic elements that David wanted in the layout: the peace sign and a flower.

On the third refinement, I positioned the peace sign over Leary’s head, like a halo; the flower was moved to the left page. Tracing paper was placed on top of the sketch, then the lettering and swirls were refined. 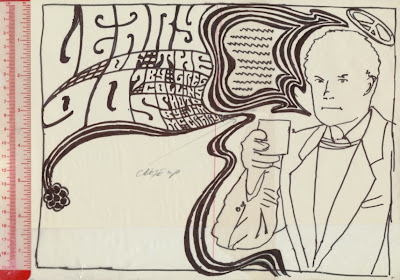 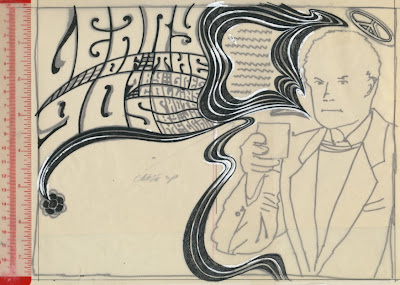 Separately, I worked on the writer and photographer credits. 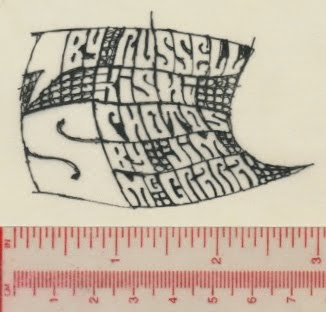 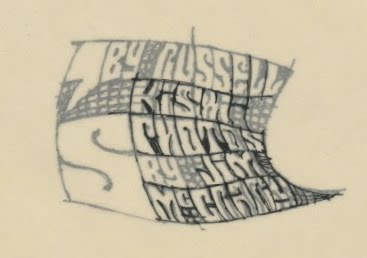 In the afternoon, I showed the layout to David, who got a laugh out of the halo, and he approved it.