Two of the logos I developed were symmetrical. This one used two-point perspective. The sans serif letters were bold, plain and easy to read. The word "Illustrated" could have been positioned in the rule or just below it. Maybe the logo is a bit neutral, meaning that it doesn't evoke science fiction or fantasy. 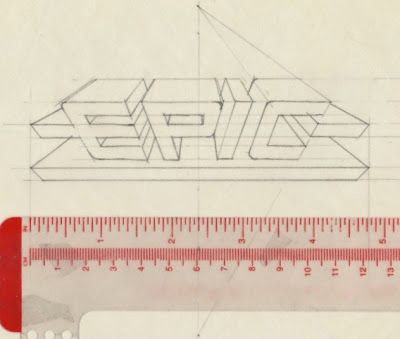 In early September I made cover mock-ups by using pages from Heavy Metal magazines. Colored paper was used for the logos. On the back of the third tracing paper sheet, you can see that I used the side of a pencil tip to rub graphite over the perspective lines. Then I turned the sheet over and transferred the lines to the mock-up and inked it. 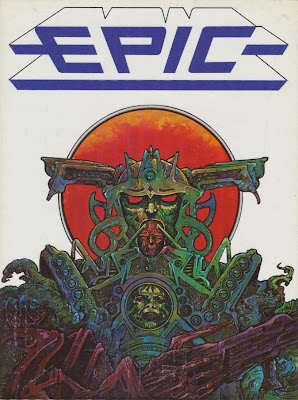 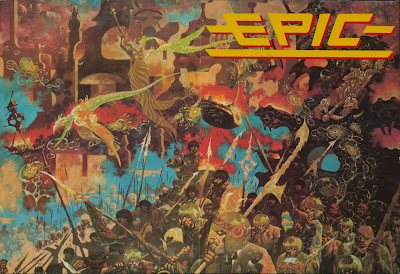 Email ThisBlogThis!Share to TwitterShare to FacebookShare to Pinterest
Labels: Anatomy of a Logo, Epic Illustrated, Marvel