For this logo I managed to integrate both words plus the issue date and price. I combined an uppercase "E" with lowercase letters; they're the same x-height. I chose not to dot the "i". Two mock-ups used a large logo while the third mock-up had an understated logo because of the art. Colored paper was used for the logos, with the other information painted in gouache. I was satisfied how the logo turned out. 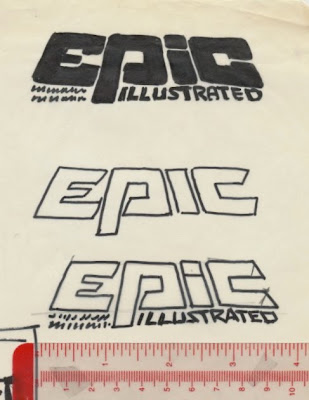 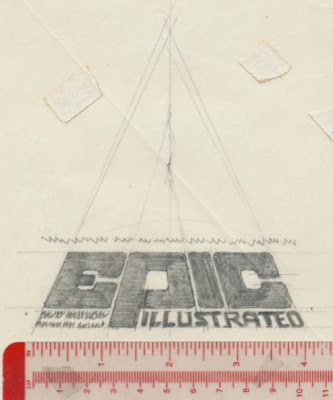 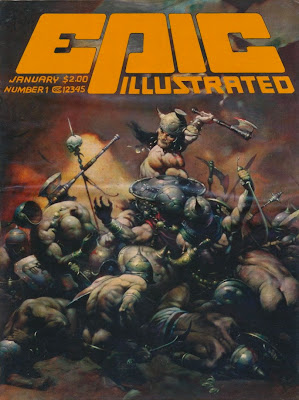 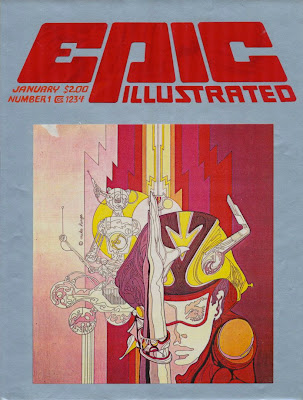 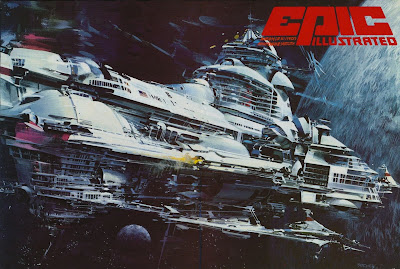 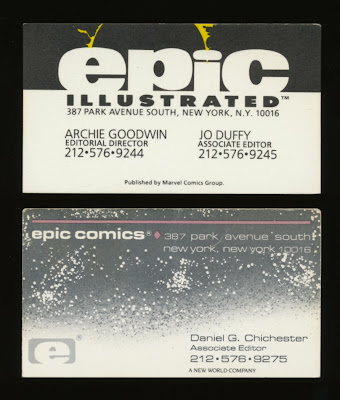 I think it was in mid-September when I delivered the logo designs to Jim Salicrup at Marvel. He disappeared with the material while I waited in the reception room. About ten minutes he reappeared and said, "Sorry."
Sometime later I heard or read that Archie Goodwin designed the logo. He was the editor of Epic Illustrated, so that's plausible. Maybe someone out there knows who did the logo. Years later I designed logos for Epic Comics.
(Next post on Monday: Klaus Nordling)
Posted by Alex Jay at 8:00 AM