Mario Ciro Acquaviva was born on May 2, 1917, in Manhattan, New York City, according to the New York, New York Birth Index at Ancestry.com. His middle name was on his Social Security application. In December 1936 the application had Mauris as the middle name. It was changed to Ciro on October 16, 1979. The application also named his parents, Alfredo Acquaviva and Antoinetta Piccirillo, both Italian emigrants.

The 1920 U.S. Federal Census recorded Acquaviva, his parents and younger sister, Concetta, in Manhattan at 250 Mott Street. His father was a jeweler in novelties.

According to the 1925 New York state census, the Acquaviva family of five resided in the borough of Queens in Long Island City at 464 Vernon Avenue.

The Acquaviva family numbered six in the 1930 census. They were Bronx residents at 632 East 186 Street.

Information about Acquaviva’s art training has not been found.

In the 1940 census Acquaviva was an artist in the Work Projects Administration. He was living with his parents in the Bronx at 2323 Cambreleng Avenue. The census said he had four years of high school and none in college. In 1939 he earned $1,092.

On October 16, 1940 Acquaviva signed his World War II draft card. His address was the same. He was employed by the Whelan Drug Company which was based in Lancaster, Pennsylvania. Acquaviva was described as five feet six inches, 155 pounds, with hazel eyes and black hair. He enlisted in the army on January 30, 1941. His occupation was in the category of decorators and window dressers. During the war Acquaviva was with the 104th Infantry Division also known as the Timberwolves. (Artist John Lehti was in the 104th too.) His veteran’s file said he was released September 21, 1945. 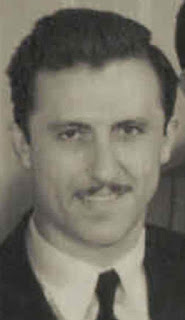 
I didn’t know him that well. I can see his face as it was then. He was just a very sweet, gentle guy; always a big, broad smile, and greeting. I remember him as a letterer, but I suspect he was trying to become an inker, though I don’t know how far he got with that. Lettering didn’t pay too well, so he was trying to make more money as an inker.


The Grand Comics Database has Acquaviva’s comics credits beginning in 1942. In the 1970s Acquaviva was penciling and inking for Archie Publications.

The 1960 Norwalk, Connecticut city directory listed Acquaviva at Ponus Avenue North. He worked as an artist in Port Chester, New York. The 1962 directory said he was the advertising solicitor for the Stamford Advocate newspaper. The directory for 1976 listed Acquaviva at the same address and employed at the Greenwich Times.

Acquaviva and his wife were mentioned in the Norwalk Hour, April 6, 1967. They were among the couples celebrating their 25th and 50th wedding anniversaries. 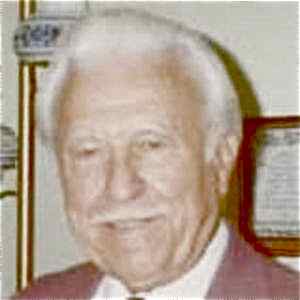 Acquaviva passed away March 14, 2007, in Clearwater, Florida. An obituary appeared in the Tampa Bay Times, March 18, and posted at Tributes.

He was born in New York, NY, and moved here in 1981 from Norwalk, CT. He attended Light of Christ Catholic Church. He was a WWII veteran, having fought with the 104th Division US Army Timber Wolves at Normandy at the Battle of the Bulge. He was an artist who put his talents to work, becoming an adverting display artist working for the Greenwich Times as well as other newspapers and freelancing. He was also an accomplished musician, playing the violin and mandolin. He continued his love for the arts through his retirement years. He was a member of the Italian American Club. Survivors include his daughters, Marianne Laporte of Palm Harbor and Ann Serfilippi of Saint Petersburg; grandchildren Laura Hoeing and Nicole Serfilippi; and his great grand children, John, Luke, Adam, and Anna Lucia.