Comics: Searching for Tarpé Mills and Discovering Her “Secret Identity”

A biography of June Tarpé Mills said she was born on February 25, 1918, in Brooklyn, New York. However, the New York, New York Birth Index, at Ancestry.com, does not have anyone named June Mills or with the Mills surname who was born on that date. The biography mentioned her mother’s name, Margaret, but not the father’s name. Also mentioned were Margaret’s sister, Elizabeth, and niece, Helen. With information from public family trees at Ancestry.com, the story of June Tarpé Mills can be told in more detail.
Mills’ mother was Margaret Agnes Dunn (her middle name was on her son’s World War II draft card). Margaret was born on July 29, 1891 in Brooklyn, New York. In the 1900 U.S. Federal Census, Margaret was the youngest of four children born to Thomas Dunn and Mary Kennedy, both Irish emigrants. The family lived in the Bronx.
Around 1906 Margaret married John Tarpey. Their first child was Thomas Edward Tarpey who was born on September 18, 1907 in the Bronx. According to the 1910 census, Margaret and Thomas were living with her parents in the Bronx at 395 East 151st Street. Margaret was a widow. It’s not clear what happened to her husband. The census was enumerated in April. On October 27, 1910, Margaret’s second child, Margaret, was born. 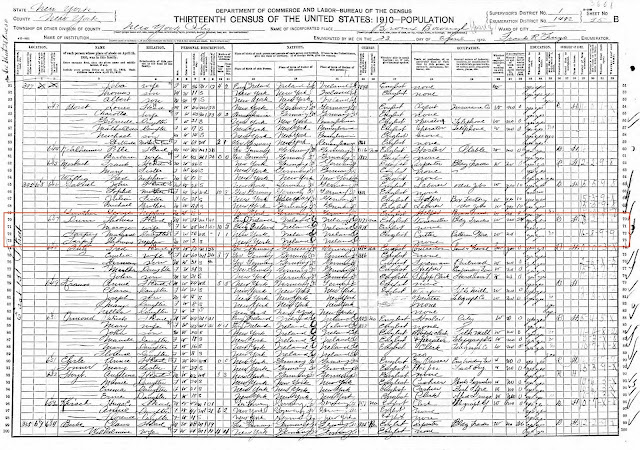 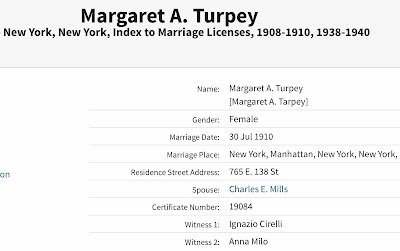 According to the New York, New York Birth Index, Genevieve Mills was born on June 13, 1915, in the Bronx. In 1915 the child, Margaret Tarpey, was placed in an orphanage, the New York Foundling Hospital. 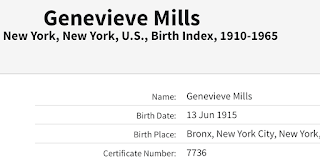 On June 5, 1917, Charles Edward Mills signed his World War I draft card. His Bronx address was 1961 Washington Avenue. He worked at the Charles Williams store in Brooklyn. The draft card said he had a wife and child as dependents. 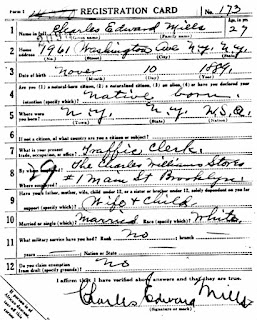 The 1920 census recorded Genevieve Mills, her mother and half-brother, Thomas, in Manhattan at 15 East 126th Street. Margaret Tarpey was at the Mission of the Immaculate Virgin in Staten Island. 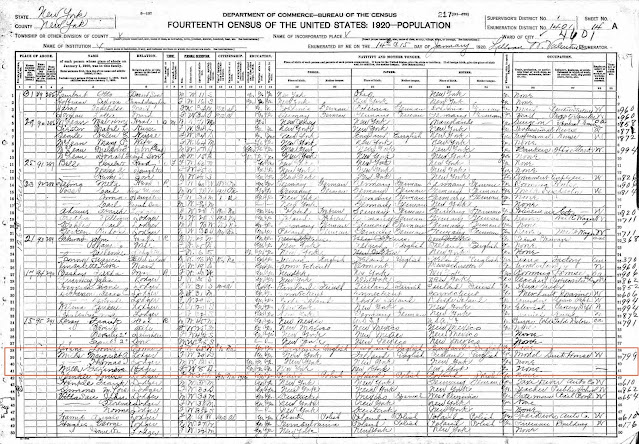 At some point the Mills family moved to Brooklyn. Genevieve participated in the Brooklyn Daily Eagle’s children’s activity page. Her name appeared in the paper on January 10, 1923 and July 18, 1923.
In the 1925 New York state census, Margaret Mills was head of the household which included her son, Thomas, daughter, Genevieve, niece, Helen Barry, and nephew, Frances Barry. Their Brooklyn address was 1047 Bergen Street. Helen and Frances were the children of Elizabeth, who was Margaret’s older sister. Elizabeth was born in 1882 and passed away in 1922. The whereabouts of Margaret’s husband, Charles, is not known. 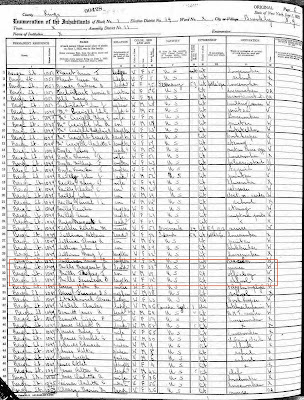 The 1930 census said Margaret Mills, a widow, was head of the household which included her three children: Thomas Tarpey, Margaret Tarpey and June T. Mills, previously known as Genevieve, who was an artist model. Also in the household were nephew, Frank Barry, and niece, Marie Barry. They resided in Brooklyn at 970 St. Marks Avenue. 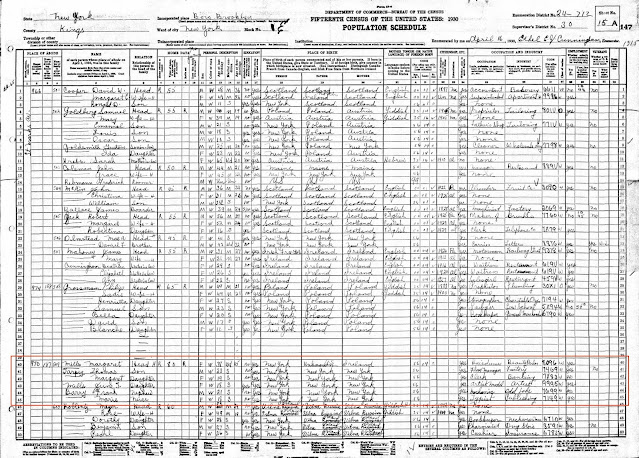 The census said June Mills was 18 years old which made her birth year around 1912. Her biography said she was born in 1918, making her age 12. Another birth year, mentioned earlier, was 1915. That year was also in World War II and the Postwar Years in America: A Historical and Cultural Encyclopedia (2010) and Comics Through Time: A History of Icons, Idols, and Ideas (2014).
There was a June Mills in the Erasmus Hall High School class of 1930. However her name did not appear in the graduating classes of January 1930 or June 1930. Apparently she dropped out of school.
At some point June fashioned another first name, Tarpé, out of her step-father’s surname, Tarpey.
Tarpé Mills’ earliest comic art appeared in Centaur Publications dated 1939. The story of the Centaur comics character, Daredevil Barry Finn, is here. Her comic book credits are at the Grand Comics Database. Additional information is at Who's Who of American Comic Books 1928–1999. Some of the comics can be viewed at the Digital Comic Museum.
According to the 1940 census, June Mills was married (a possible entry error) and a self-employed artist working for magazines and newspapers. At the time she was living alone in Manhattan at 37 West 46th Street. Her highest level of education was three years of high school. 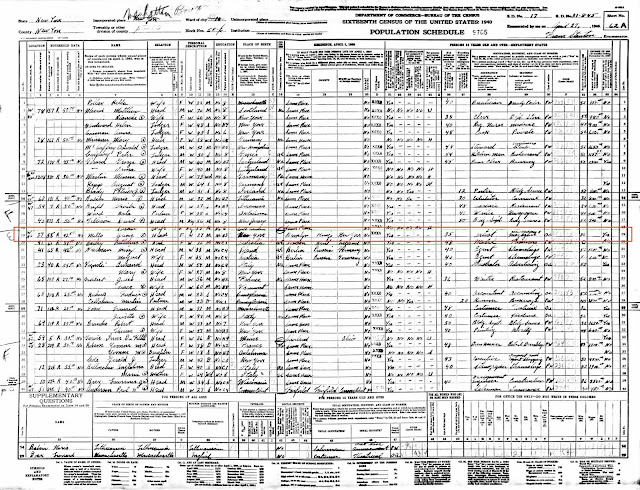 Tarpé Mills created the comic strip, “Black Fury”, which was distributed by the Bell Syndicate. The strip was listed in the September 14, 1940 issue of Editor & Publisher in it’s Seventeenth Annual Directory of Newspaper Features. “Black Fury”, debuted in the Evening Star (Washington, DC) on March 31, 1941. Many months later the strip was retitled “Miss Fury”. (Coincidentally, Black Fury was the name of a 1941 comic book superhero in Fantastic Comics.) In American Newspaper Comics (2012) Alberto Becattini claimed George Mandel ghost pencilled some of the strips around 1941. The same attribution is at Who’s Who of American Comic Books 1928–1999. Early in their careers Tarpé Mills and George Mandel worked for Funnies Inc. She was not mentioned in his interview with Jim Amash in Alter Ego #103.

Girls, you'll have to get in line. Tarpe Mills, creator of “Miss Fury,” is one of you, and she said today she isn’t letting go of Dan Carey just like that. Recently she wrote one of Dan’s more burning admirers:
“Listen, sister, put your name on the waiting list. I got here first!”
This fair warning is given because last month The New York Post received 533 letters from enthusiastic followers of “Miss Fury,” the colored comic page that appears in the Week-End Edition. A lot of the letters were from girls who thought Dan Carey, one of the heroes of the strip, was mighty brave and handsome, and if they ever met up with a type like him, well, their hearts would be faint and fluttery.
Tarpe Mills, Erasmus Hall High graduate, said that she literally stumbled into cartooning. She posed for portrait painters, photographers and sculptors to pay her way through Pratt Institute. She studied sculpture and was told that she showed promise; but the market for birdbaths was pretty dry, so she went into animated cartooning.
Among other things she created a few cat characters which were used in a series of pictures, and finally, she said, “I was carried out of the joint with a nervous breakdown.” It was back to posing and free-lance drawing.
“Then,” she said, “a foot injury kept me out of circulation and I started a serial called “Daredevil Barry Finn” for one of the children's comic books. I hated to drop Barry, so I went into the business whole hog and turned out such hair-raising thrillers as “The Purple Zombie,” “Devil’s Dust” and “The Cat Man.”
Miss Mills dropped her first name (she won't say what it was) because it was too feminine.
“It would have been a major let-down to the kids if they found out that the author of such virile and awesome characters was a gal,” she said.
Miss Mills said she writes “Miss Fury” to provide amusement for kids and grownups alike. “Fashions, a hint of romance and human interest for the adults. Fantasy and action for the youngsters.”
She admitted she doesn’t know where she got her inspiration except that she was one of the imaginative kids “who hang around the house reading books instead of running around outside playing hop-scotch.”
Who poses for the girl characters in “Miss Fury,” she was asked.
“It’s all done with mirrors,” she said. “I find it simpler to sketch from a mirror than to have a model and explain just what the character should be doing.” 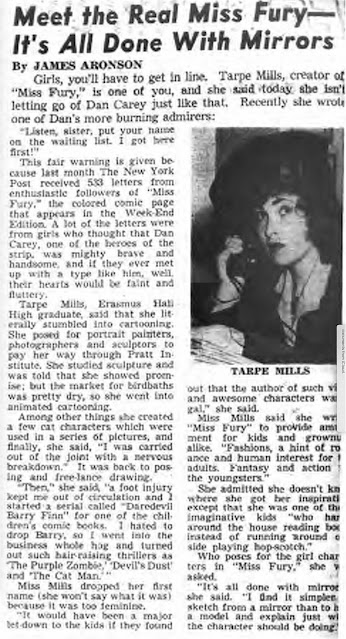 “Miss Fury” was reprinted in comic books by Timely Comics and copyrighted by Tarpé Mills here, here, here and here. She filed for a Miss Fury trademark in 1942. 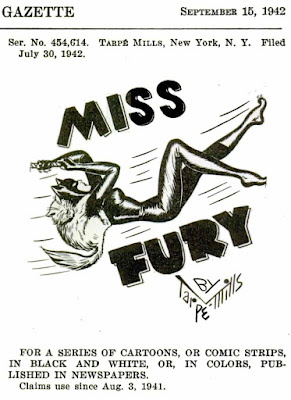 Tarpe Mills’ Sunday adventure page, “Miss Fury,” moves from Bell Syndicate to the Chicago Sun Syndicate after July 29, Harry Baker, Sun syndicate manager, has announced. One of the few comics drawn by a woman, “Miss Fury” started in 1941 when a broken foot interrupted Miss Mills’ career as a fashion artist. Early in September she is starting a new episode about a gang of international thieves handling European plunder. The feature appears in about 90 newspapers. 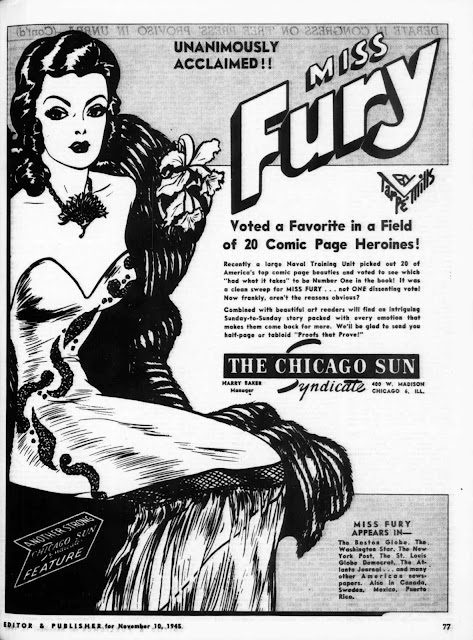 Cartoonists Odin Burvik, Tarpé Mills, Dale Messick, Hilda Terry, Virginia Clark, and Edwina Dumm attended a party hosted by Editor & Publisher. A full-page of photographs appeared in the November 10, 1945 issue. (A better image of that page was published in Trina Robbins’ Pretty in Ink (2013).) The party was covered here.
The “Miss Fury” comic strip ended in the 1950s.
A passenger list at Ancestry.com recorded Tarpé Mills on a Pan American Airways flight that departed Bermuda on December 2, 1947. Her address was 914 New York Avenue, Brooklyn, New York. The same address was on Thomas Tarpey’s World War II draft card that he signed on October 16, 1940. 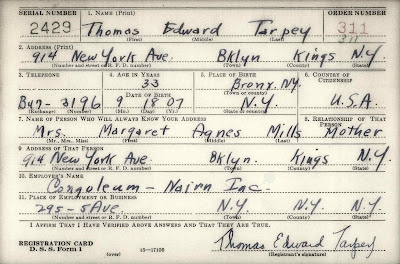