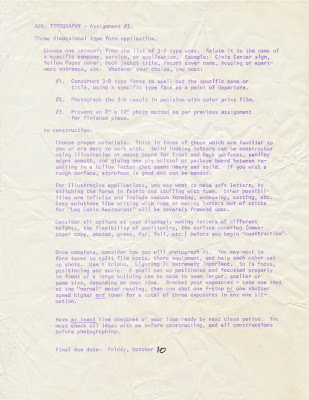 I chose Robert E. Howard's Conan novel, The Hour of the Dragon. The story was adapted by Roy Thomas, Gil Kane and John Buscema in Marvel Comic's Giant-Size Conan, issues one through four.

I do not have the sketches but I used the typeface Bradley.

I stacked the words to suggest the shape of a dragon, but it needed a finishing touch. I extended the lowercase “g” to create a “tail”. There were several versions before I settled on the one below. 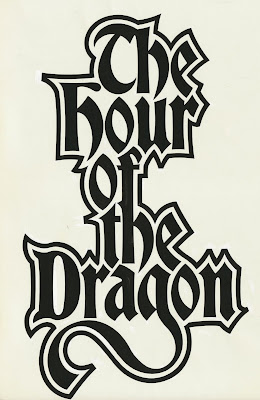 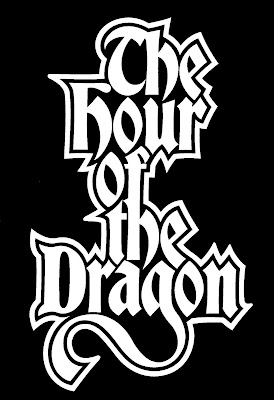 The original lettering was penciled then inked on one-ply bristol board; the art measures 9 by 15.125 inches (22.86 by 38.4175 centimeters). I transferred the outline of the lettering onto a sheet of watercolor paper, which has a rough surface. Next, I glued the paper onto a sheet of one-inch styrofoam, then cut out the letters. The area around the title was watercolor paper (spray-painted red) which was glued onto quarter-inch styrofoam. Blue acetate was attached to the back of the quarter-inch sheet, then the styrofoam letters were adhered to the acetate.

There was a light bulb behind the title to illuminate the blue background. Two bulbs, one red and one white, were used on the front. Jesse Castellano, a photographer, took the pictures. 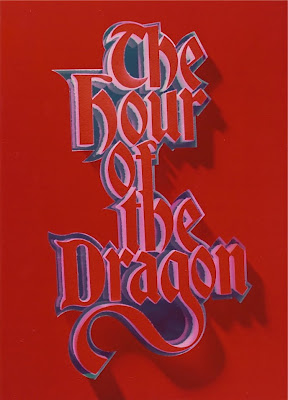 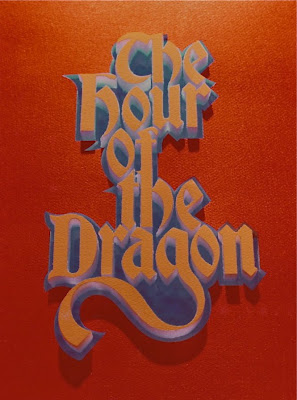 In 1987 the late Byron Preiss produced a science fiction series, Millennium, for the publisher Walker & Company. One of the titles was Chess with a Dragon by David Gerrold; it was illustrated by Daniel Torres. Byron said he wanted the Torres art to be small on the cover. Here was an opportunity to create a vertical title on the dust jacket. I ordered the type from Photo-Lettering. I cut apart the diazo print and adjusted the letter spacing and line spacing. Then I added the tail, from “The Hour of the Dragon”. I used adhesive rubylith to modify some of the letters. 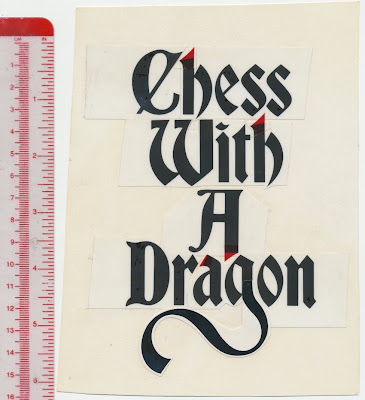 Then I made a photostat of the type. A smaller version was used on the mechanical for the dust jacket. 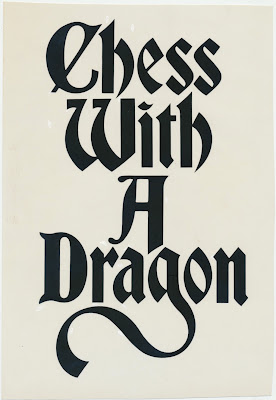 Below is a detail of the dust jacket and the title page. 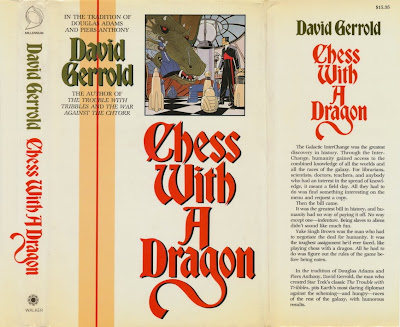 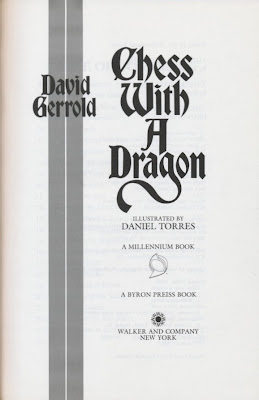 Back in 1974, shortly after The Hour of the Dragon, I made The Year of the Dragon but didn't do anything with it until December 2011, when I used it on my holiday greeting card. The first step was lettering on vellum. On the back of the vellum, graphite was added on the letter’s outline. The vellum, face up, was taped to a sheet of bristol board, then the outline was traced to transfer the lettering. The vellum was removed and the inking was done. 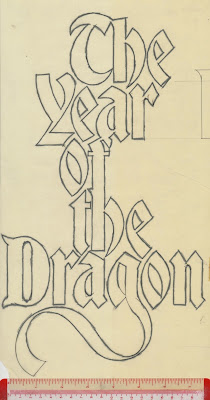 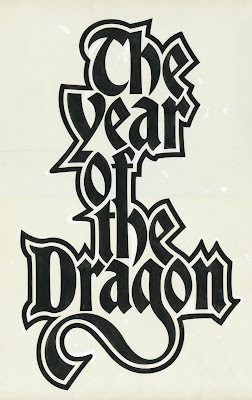 Today is the first day of the Lunar New Year.


(Updated September 6, 2012; next post on Monday: Martin K. Speckter, creator of the interrobang)
Posted by Alex Jay at 8:00 AM

Email ThisBlogThis!Share to TwitterShare to FacebookShare to Pinterest
Labels: Chess With a Dragon, Lettering, Millennium Books, School Days, The Hour of the Dragon, The Year of the Dragon, Under Cover