Anatomy of a Logo: The New Guardians

On Wednesday, February 24, 1988, I met with DC design director Richard Bruning to discuss a number of logos including The New Guardians. I returned to my studio and sketched out a few designs. 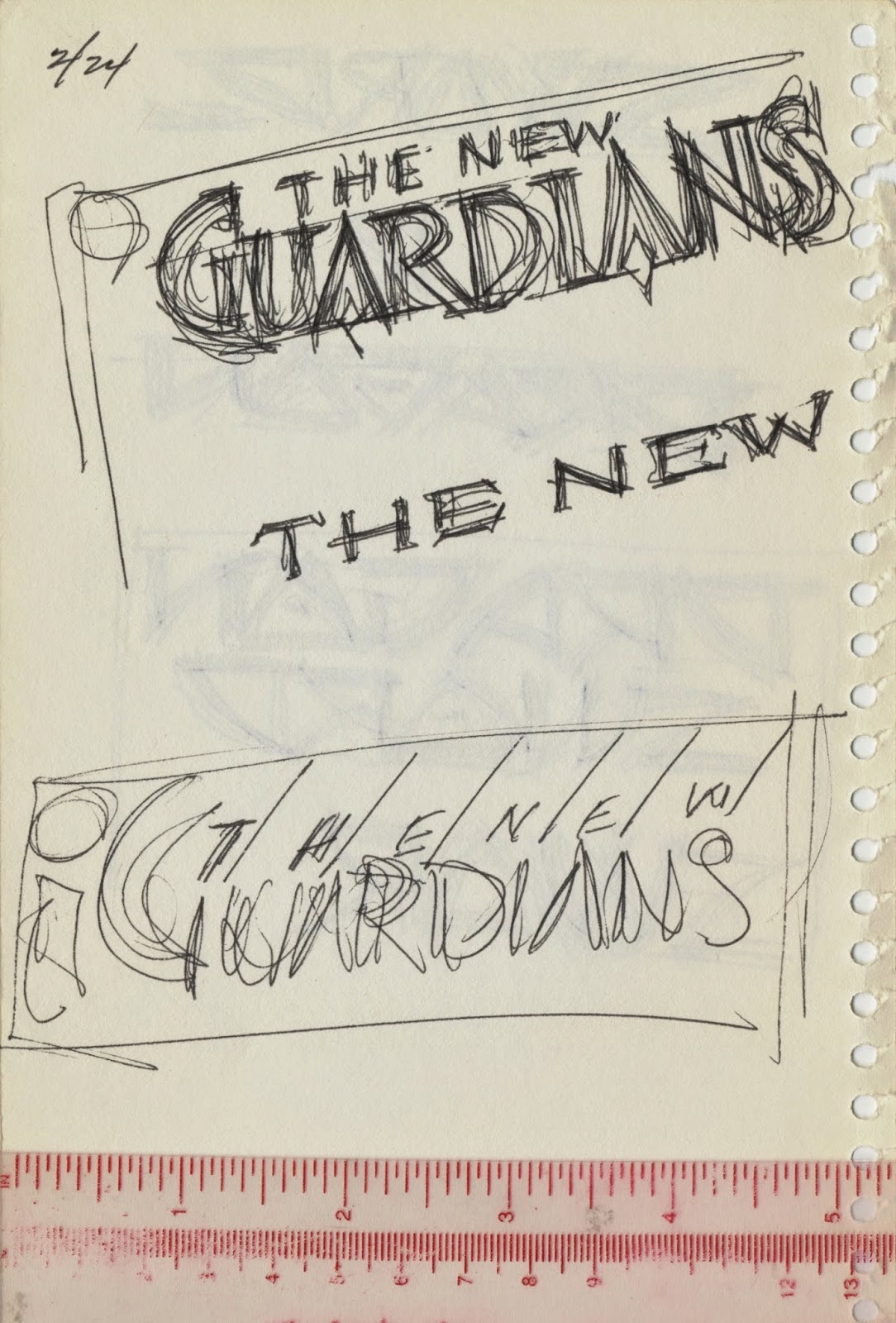 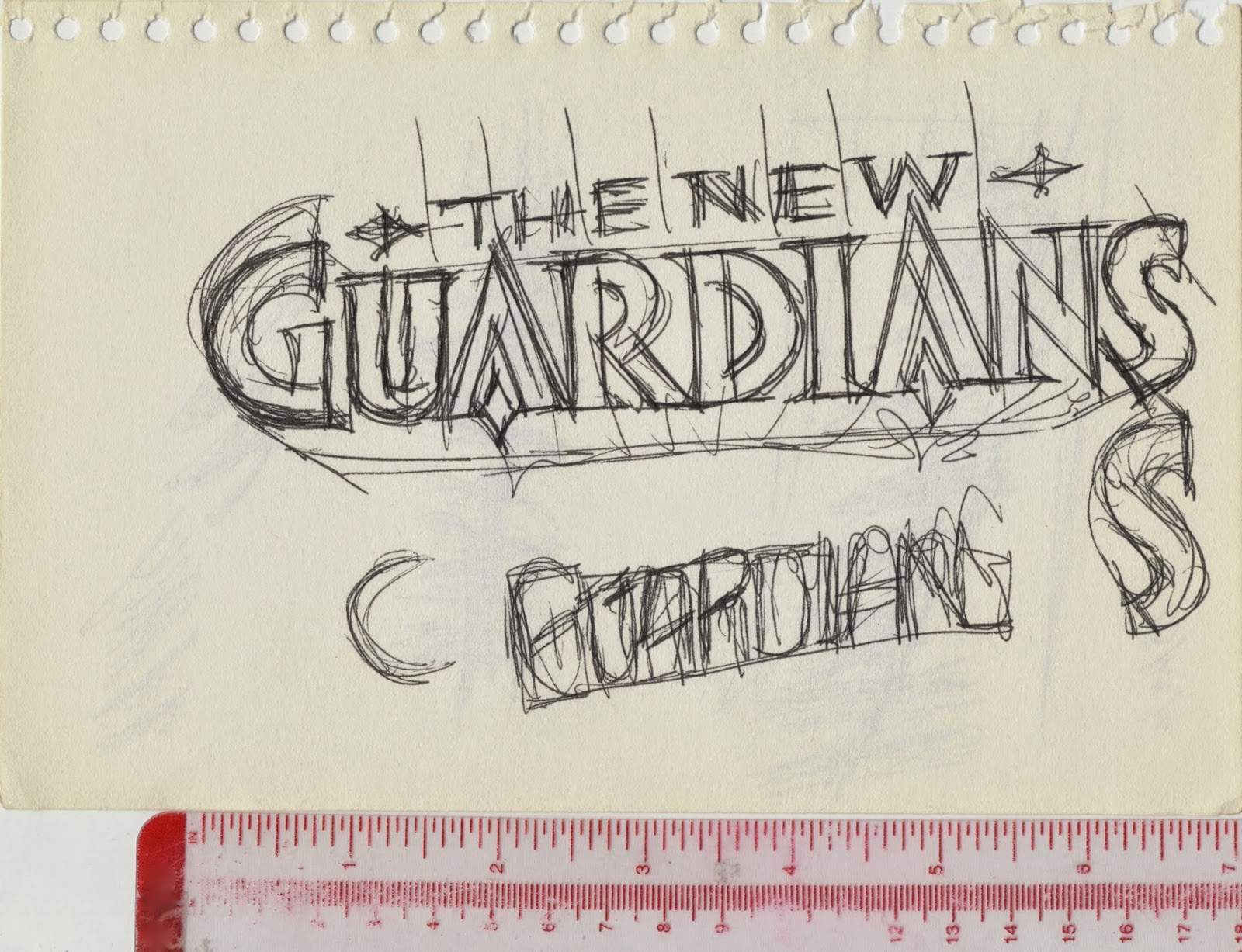 I settled on two designs and developed them further. 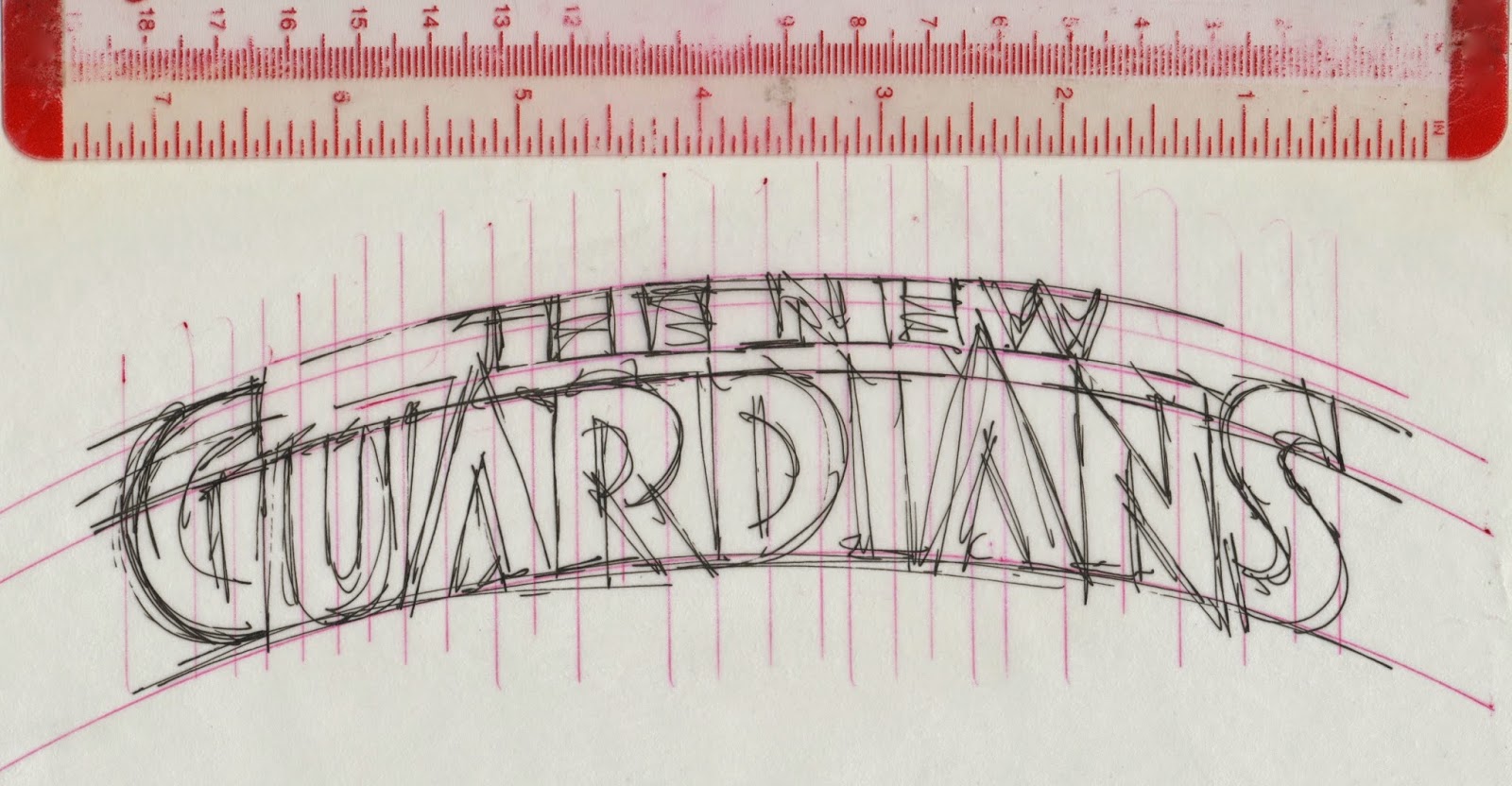 These designs were modified by condensing them. 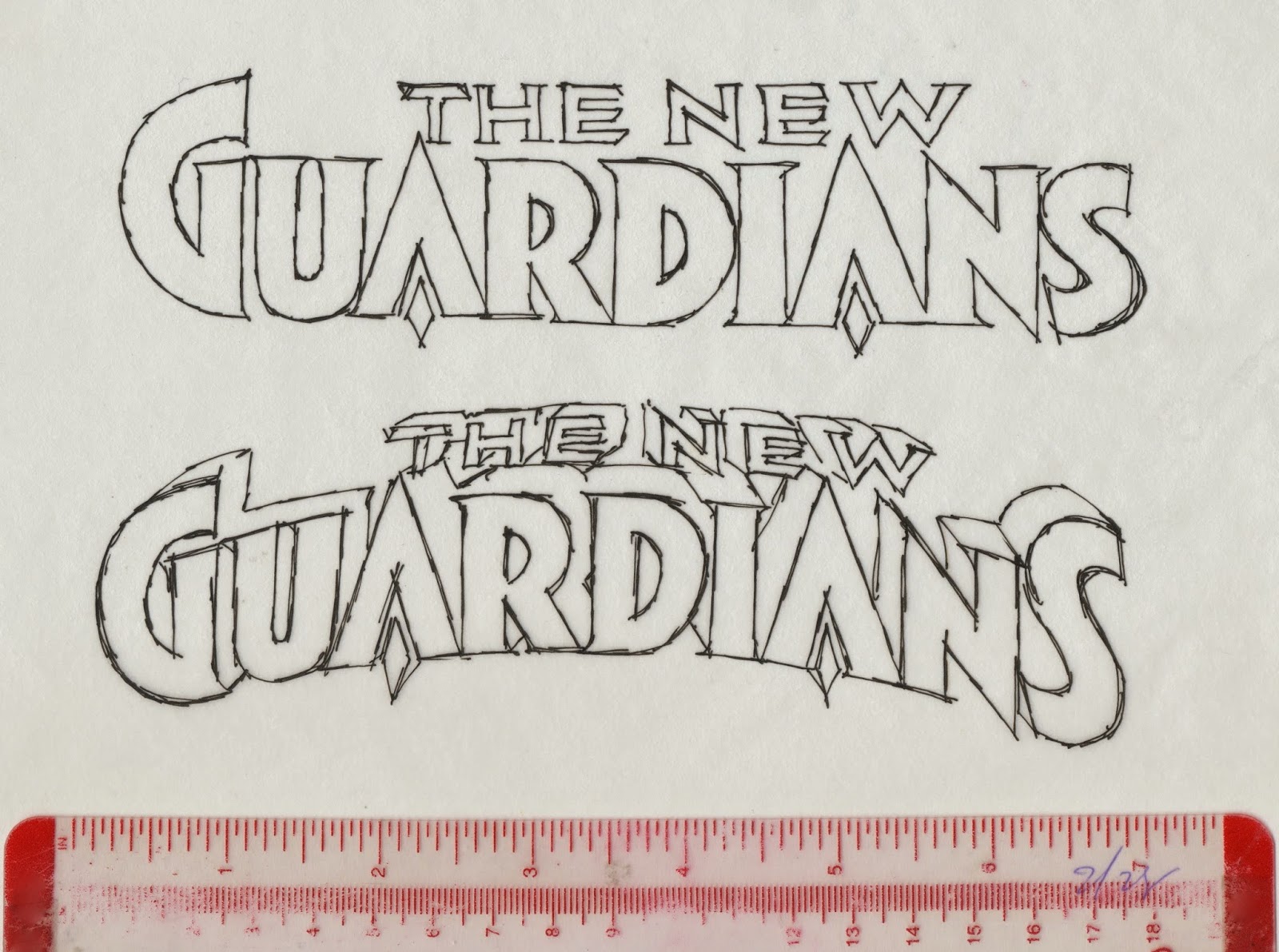 I met with Richard on Wednesday, March 2. He preferred the logo on an arc and replaced the diamonds with a crossbar. He wanted minor changes to the S and no telescoping. This version had been condensed fifteen percent. 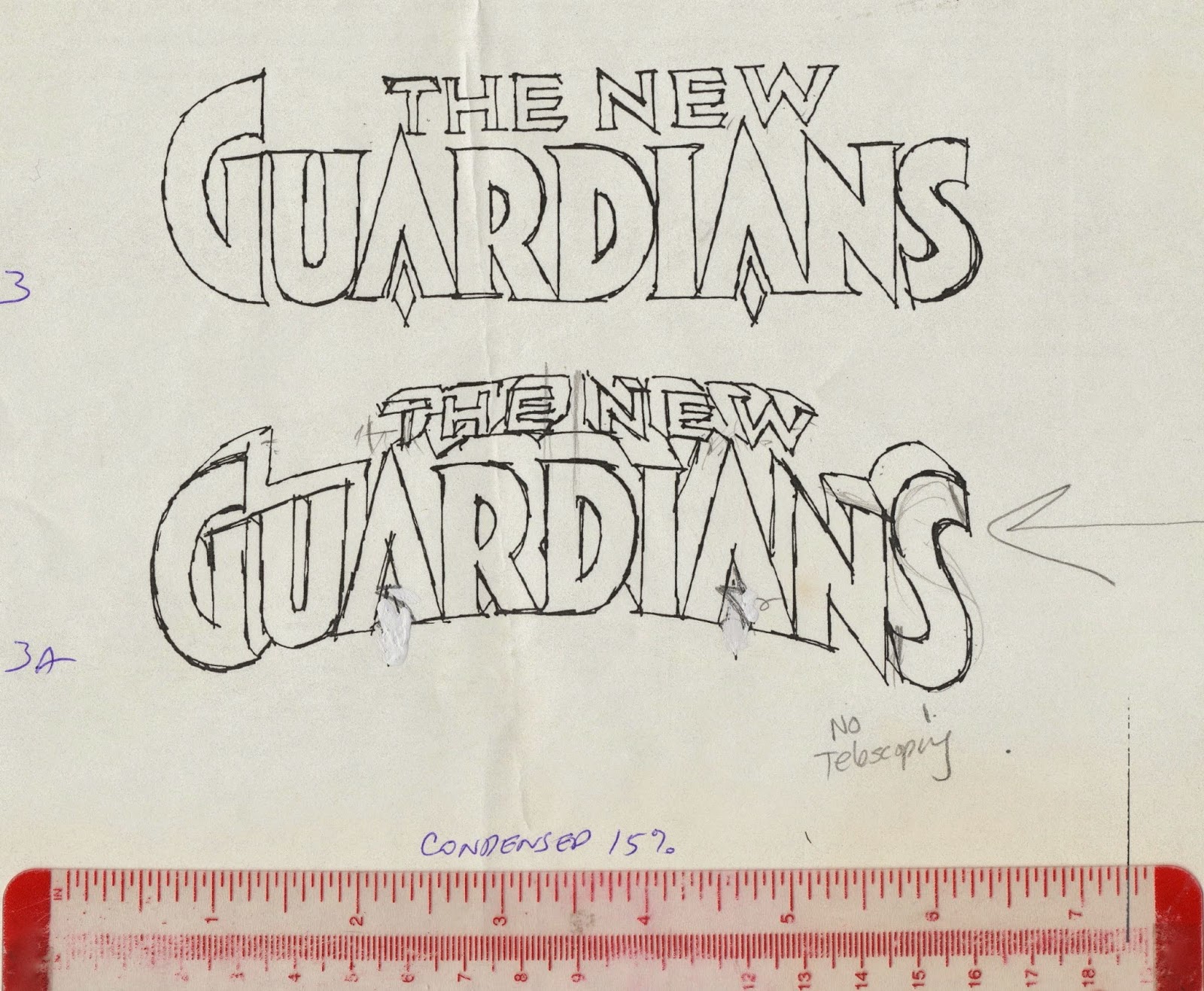 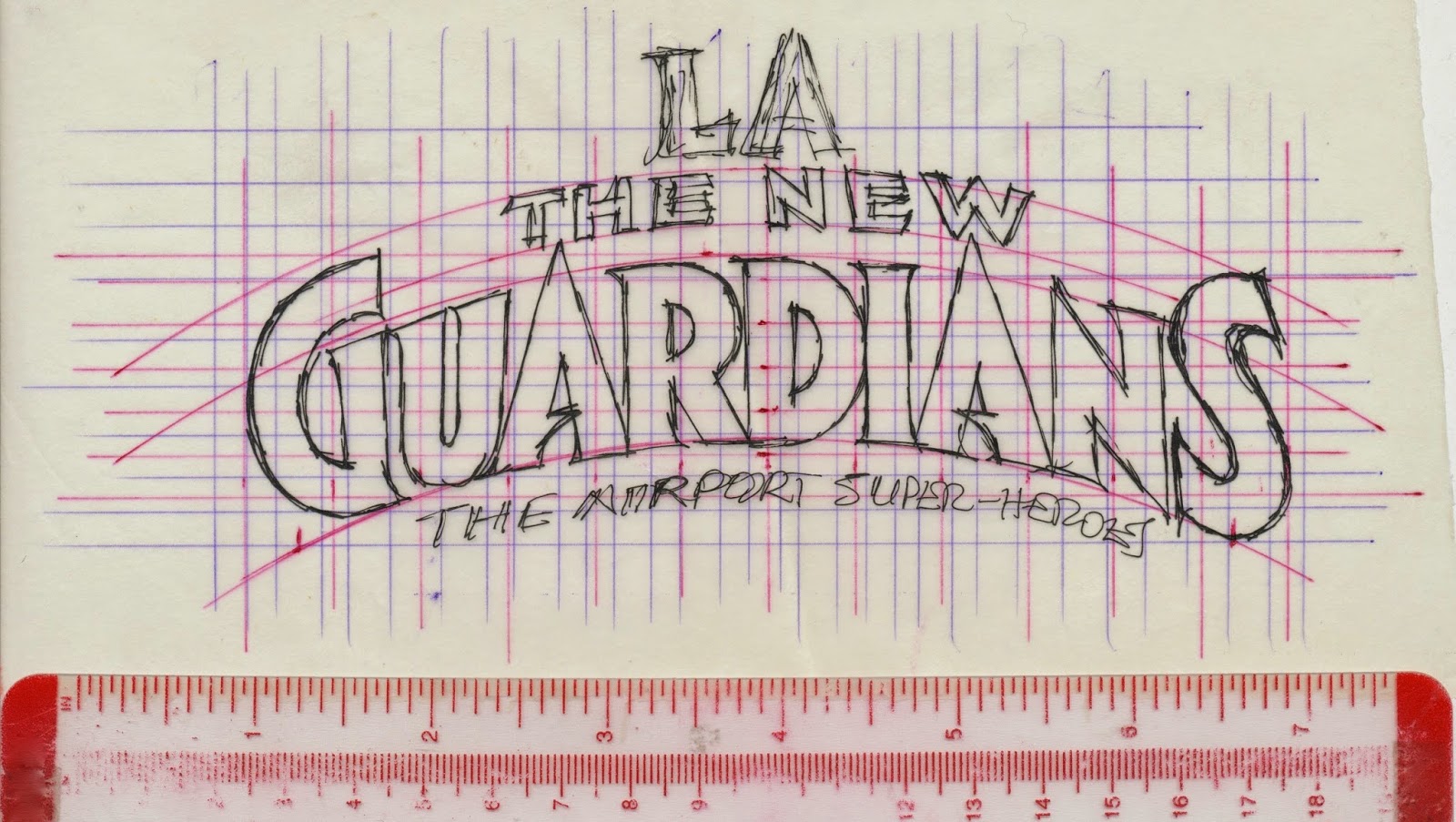 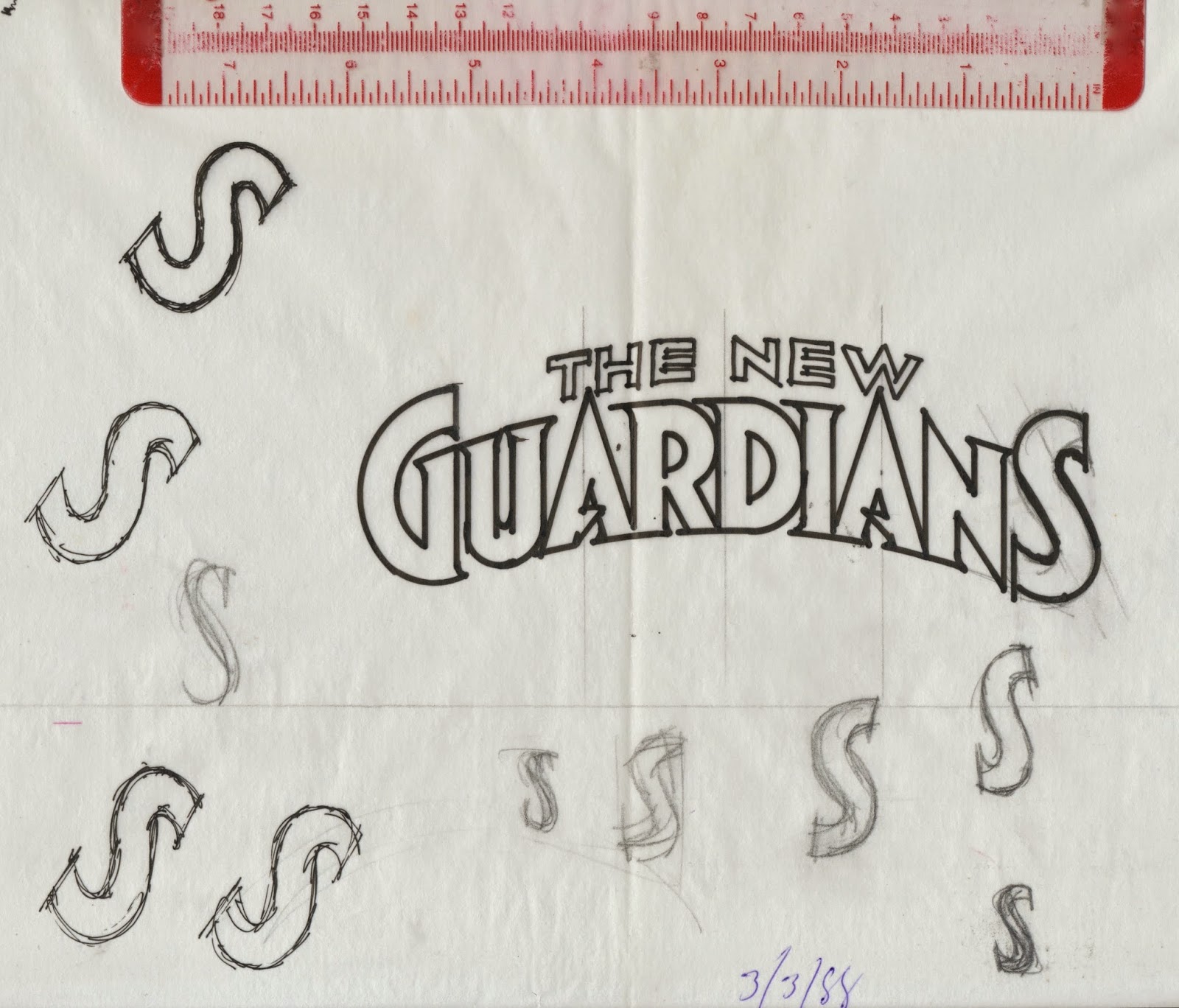 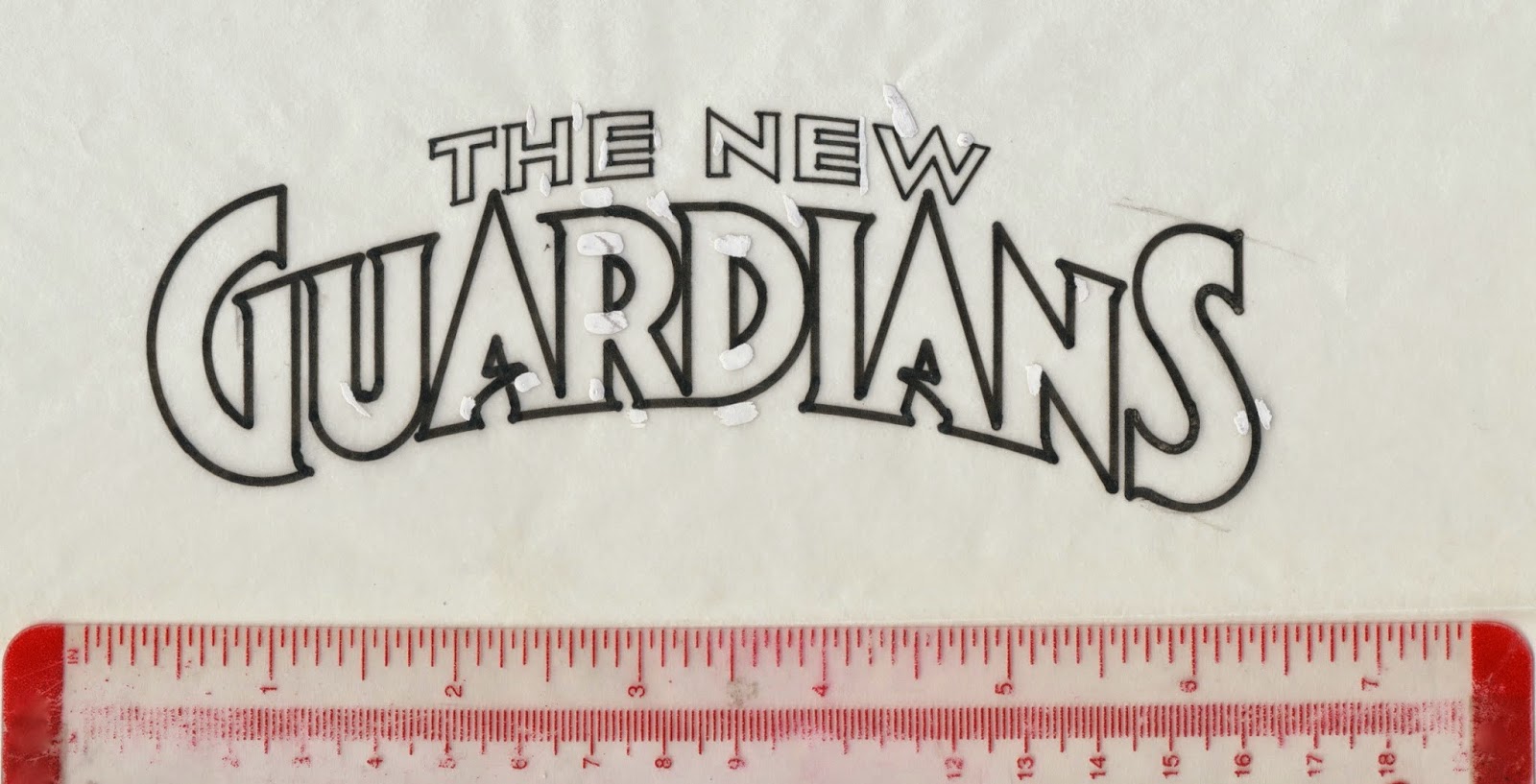 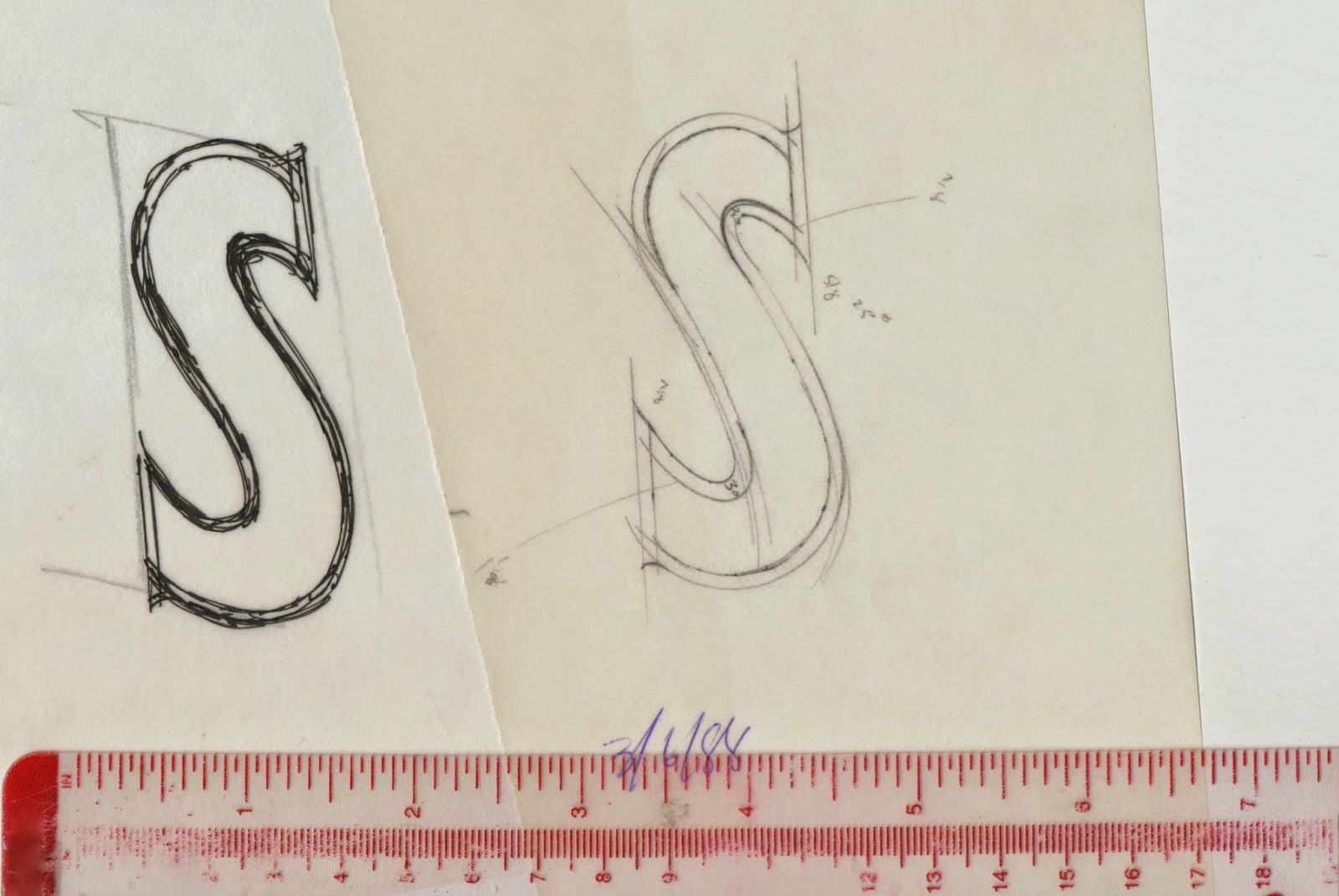 On Friday, March 4, I faxed a tight rendering of the logo to Richard and he approved it. Over the weekend, I completed the finished art on vellum tracing paper. I used a variety of templates and french curves. The letterspacing was adjusted by cutting apart a few of the letters. Touchups were done with acrylic white paint. On Monday, March 7, I delivered the finished logo to Andy Helfer. 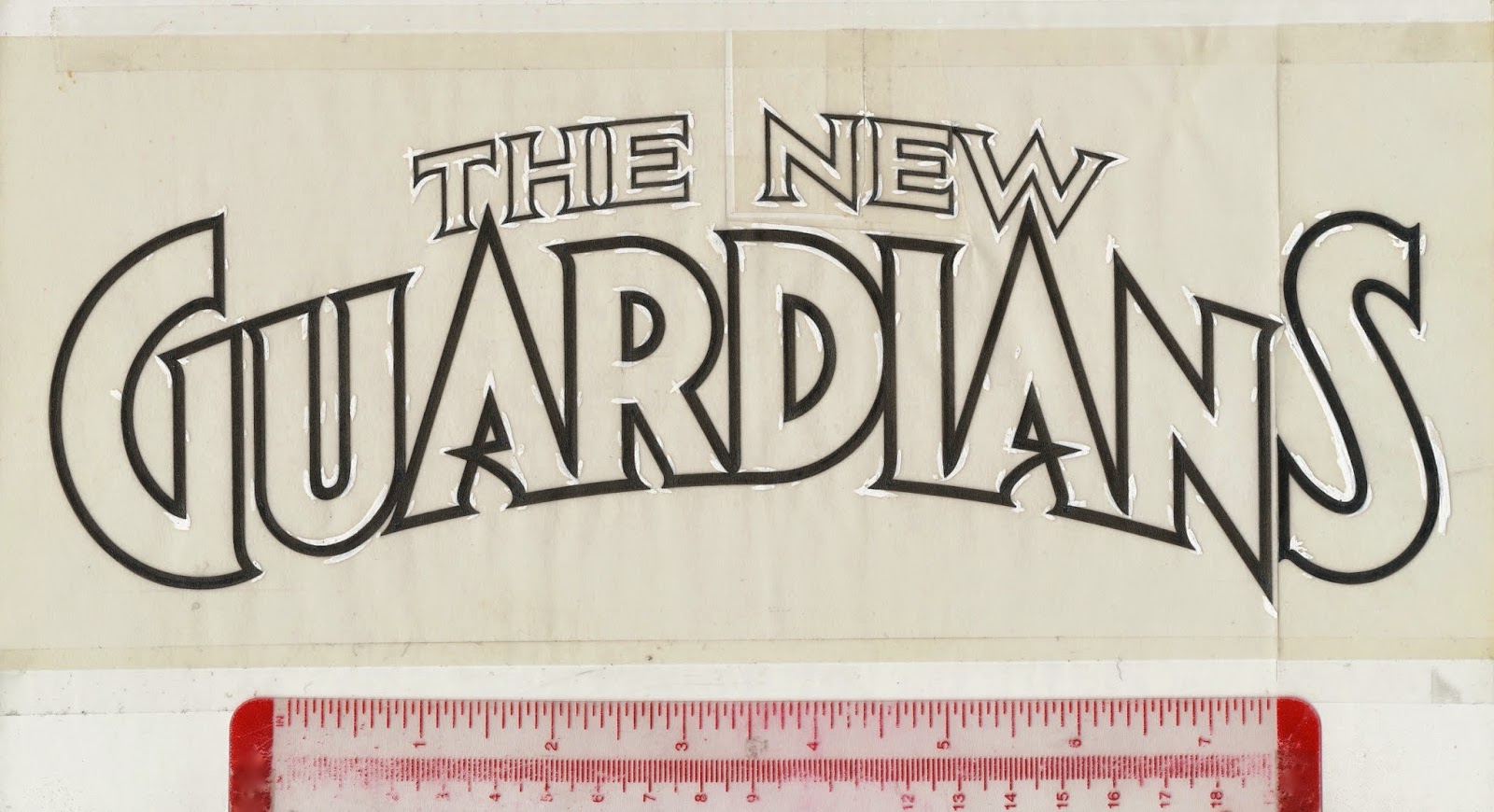 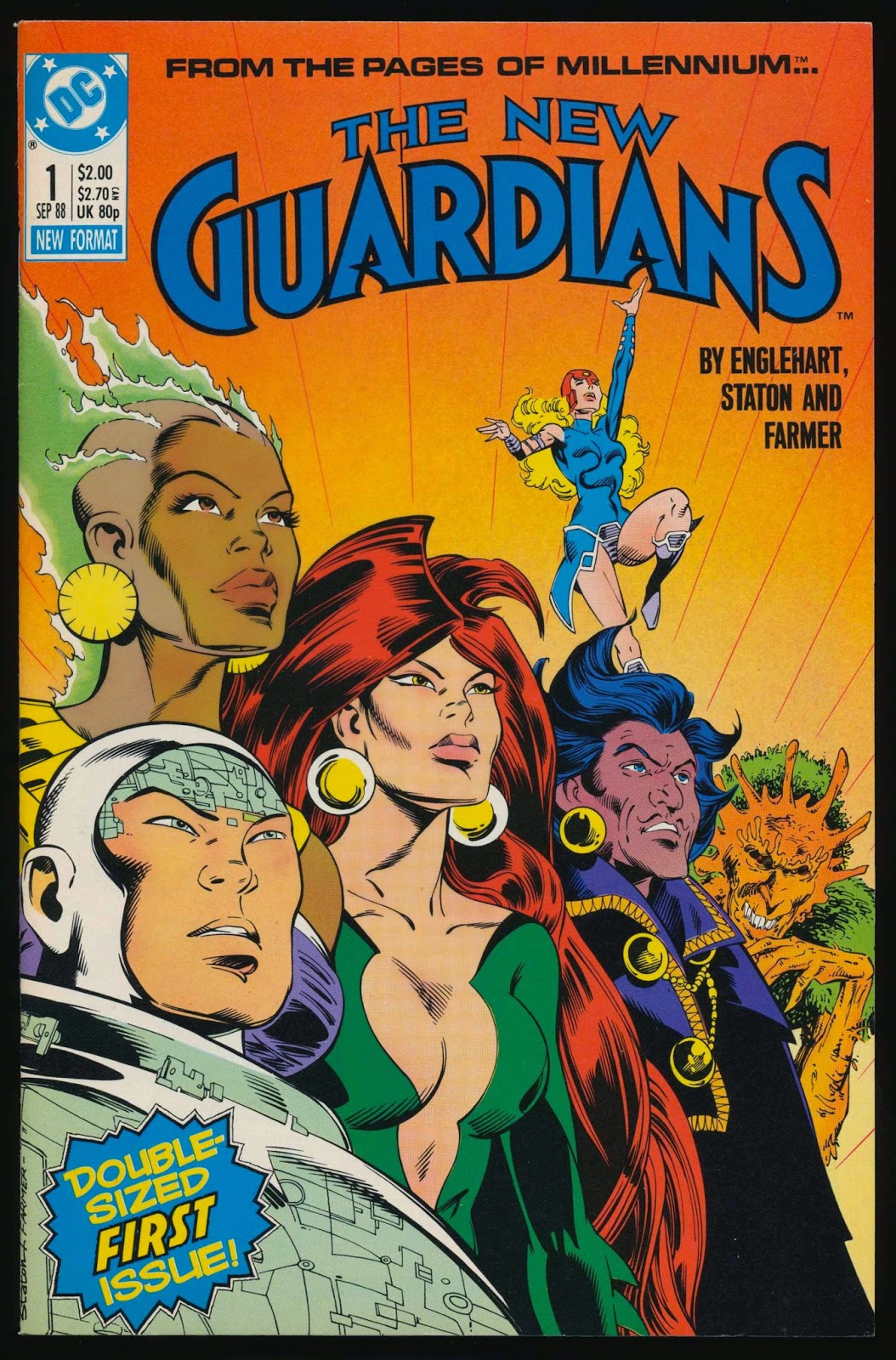 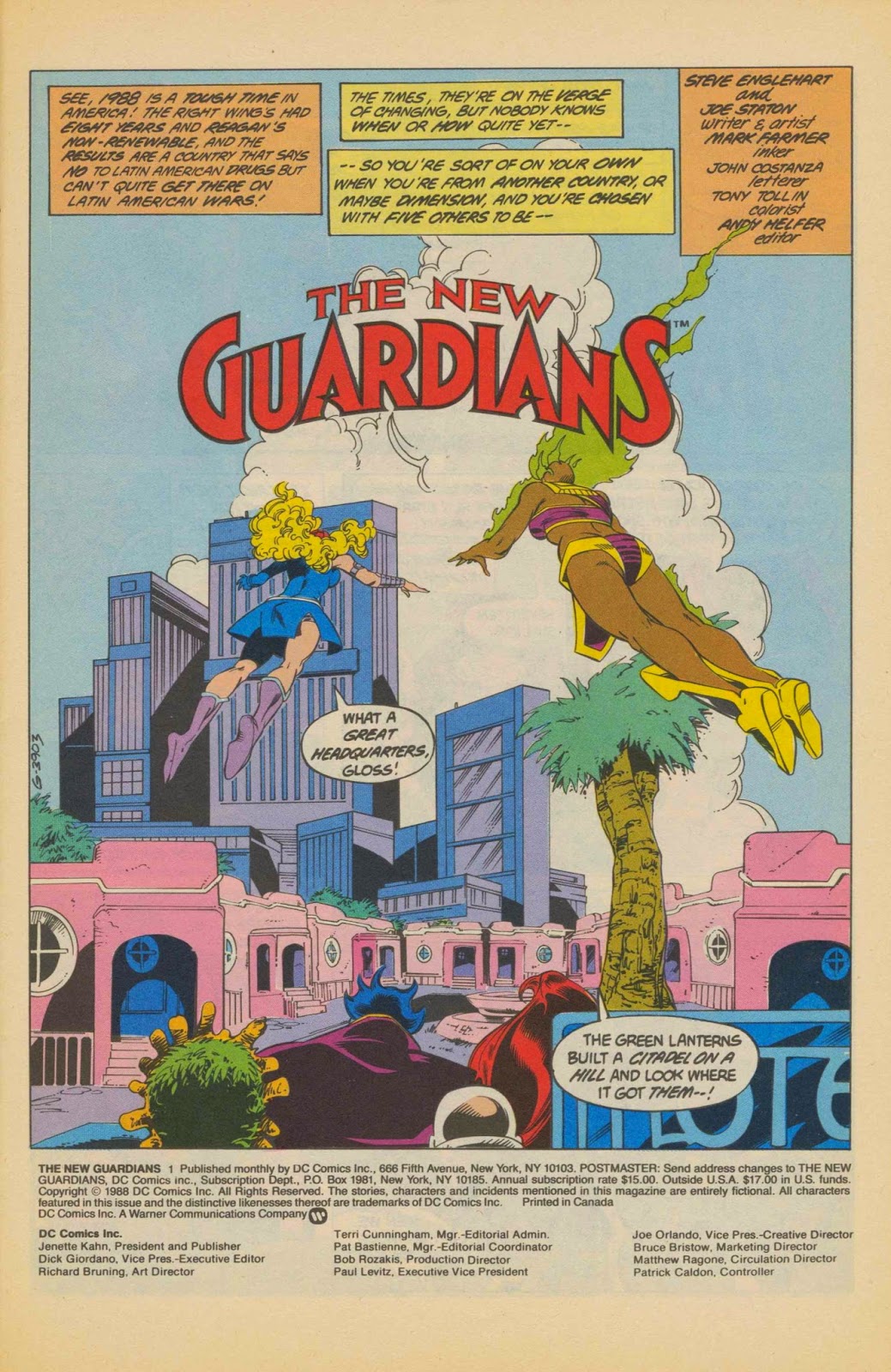 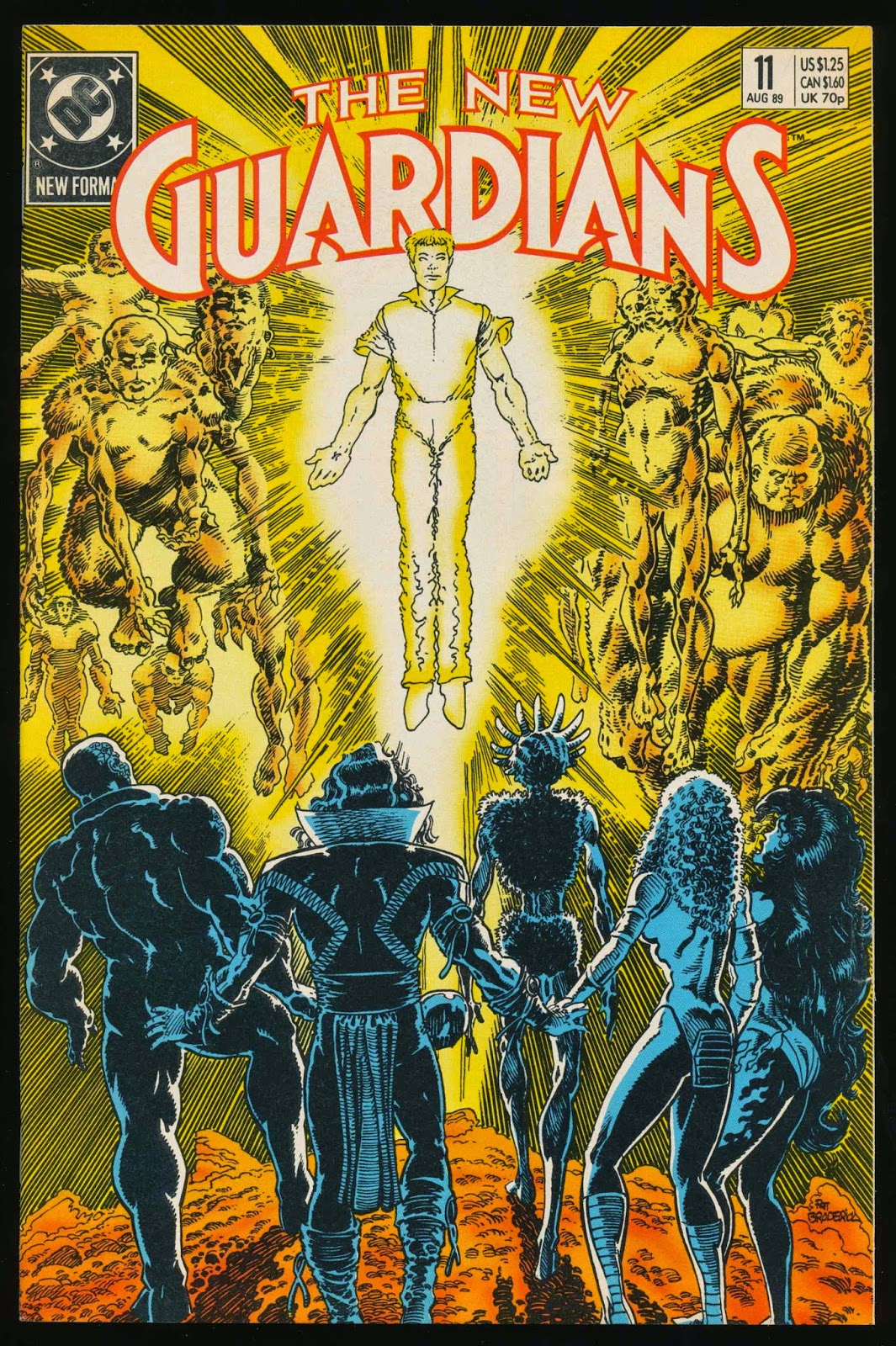 (Next post on Monday: Sigmund Ullman Inks)
Posted by Alex Jay at 8:00 AM

Email ThisBlogThis!Share to TwitterShare to FacebookShare to Pinterest
Labels: Anatomy of a Logo, DC, New Guardians