Comic book lettering artist, Ira Schnapp, graduated from New York City’s Stuyvesant High School in June 1913. His birth name, Israel Schnapp, was found in the Department of Education, The City of New York, Fifteenth Annual Report of the City Superintendent of Schools for the Year Ending July 31, 1913. In the section, “College Entrance Diplomas”, the top two-hundred students of each county were listed.

Beginning on page 92 was the list for the “College Entrance Diplomas, New York County, 1913”. New York County includes the boroughs of Manhattan and the Bronx.

On page 94, Ira came in at number 146 with a 75.5 score; his home address, 86 Ludlow Street, and school, Stuyvesant, were included. Ira’s family was recorded at the same address in the 1910 U.S. Federal Census.

Below are selected pages from the 1912 yearbook which had photographs of the classes of June 1912 and February 1913. 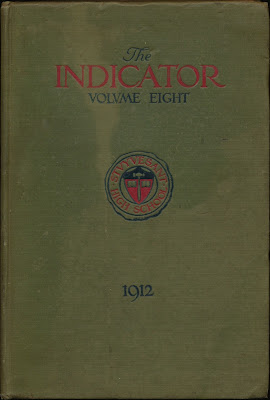 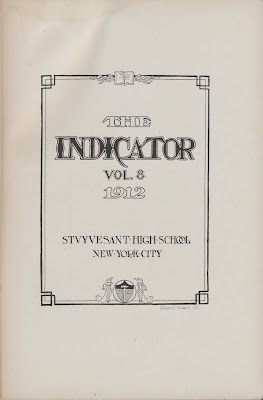 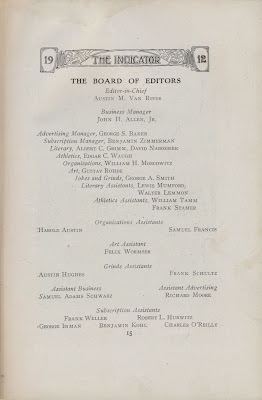 One notable person on the Board of Editors
was Lewis Mumford. His obituary appeared
in The New York Times, January 28, 1990. 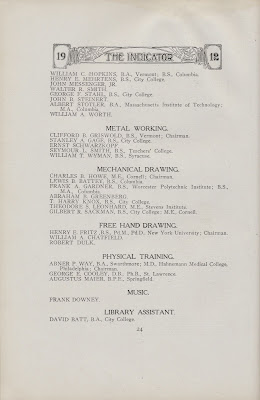 Ira may have taken classes in mechanical
and free hand drawing. 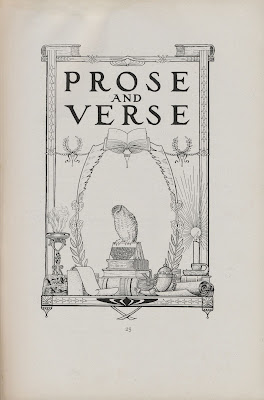 Illustration by Gus Rohde who provided
much of the artwork. 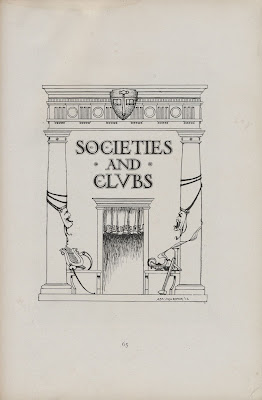 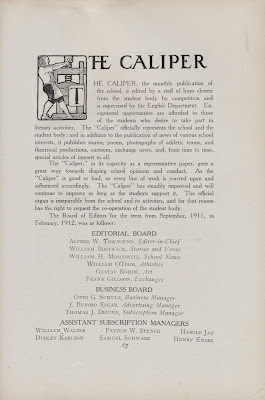 Ira may have contributed to the publication. 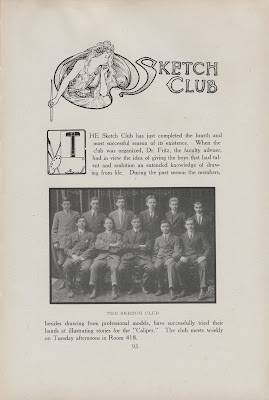 Ira was a member of the Sketch Club.
He is standing and third from the left. 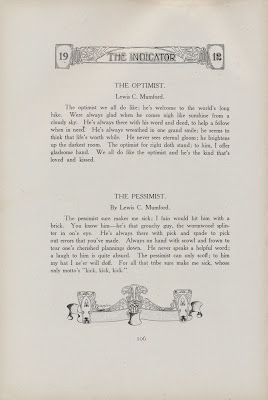 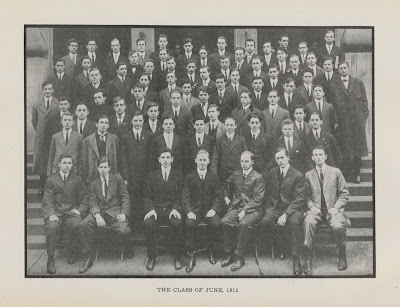 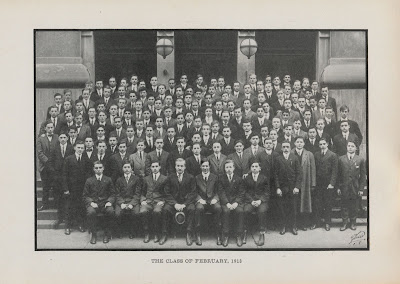 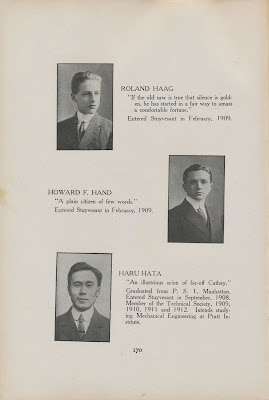 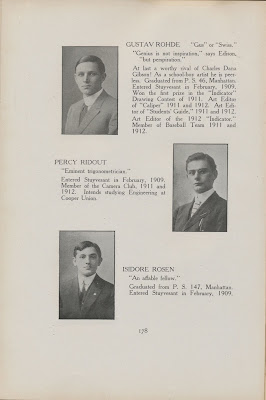 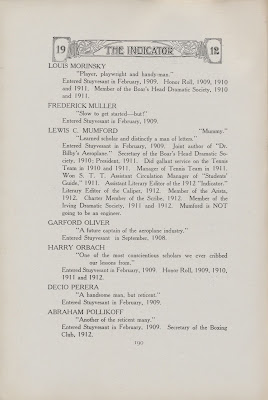 Mumford was an active student.

Below are selected pages from the 1913 yearbook which had three pages with Schnapp’s lettering. 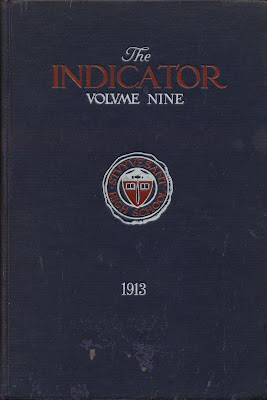 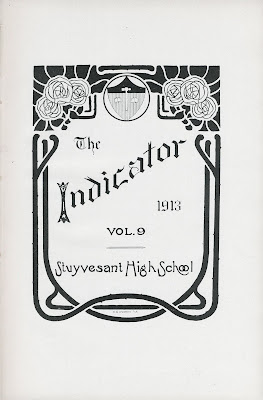 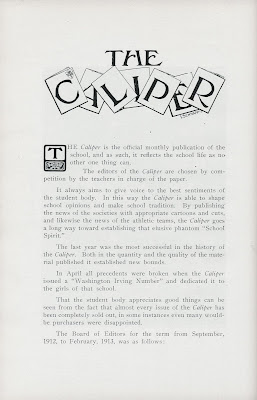 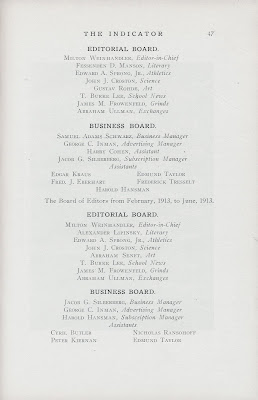 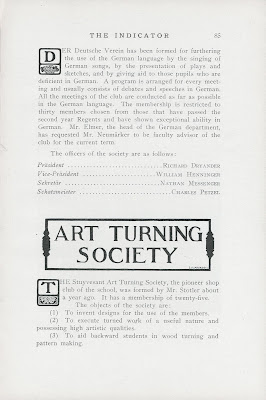 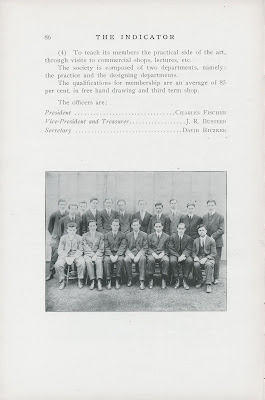 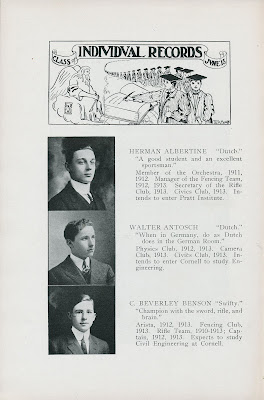 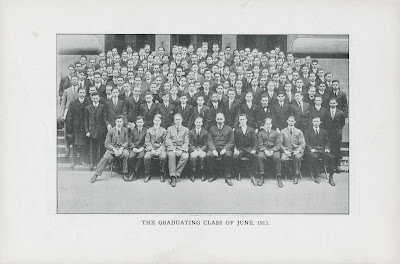 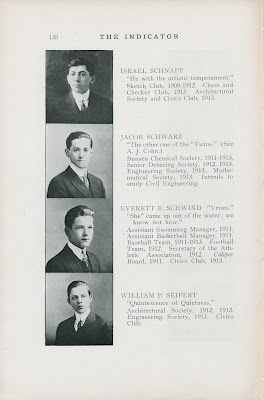