Anatomy of a Logo: X-Factor


On April 25, 1986, Walter Simonson called and said he would be drawing X-Factor. He asked me if I would be interested in reworking the logo. I accepted. We met for lunch on April 29. Walter liked the current logo but wanted it to be bolder. I agreed to modify the current logo but would also explore other designs.

Photocopies of the previous logo designs 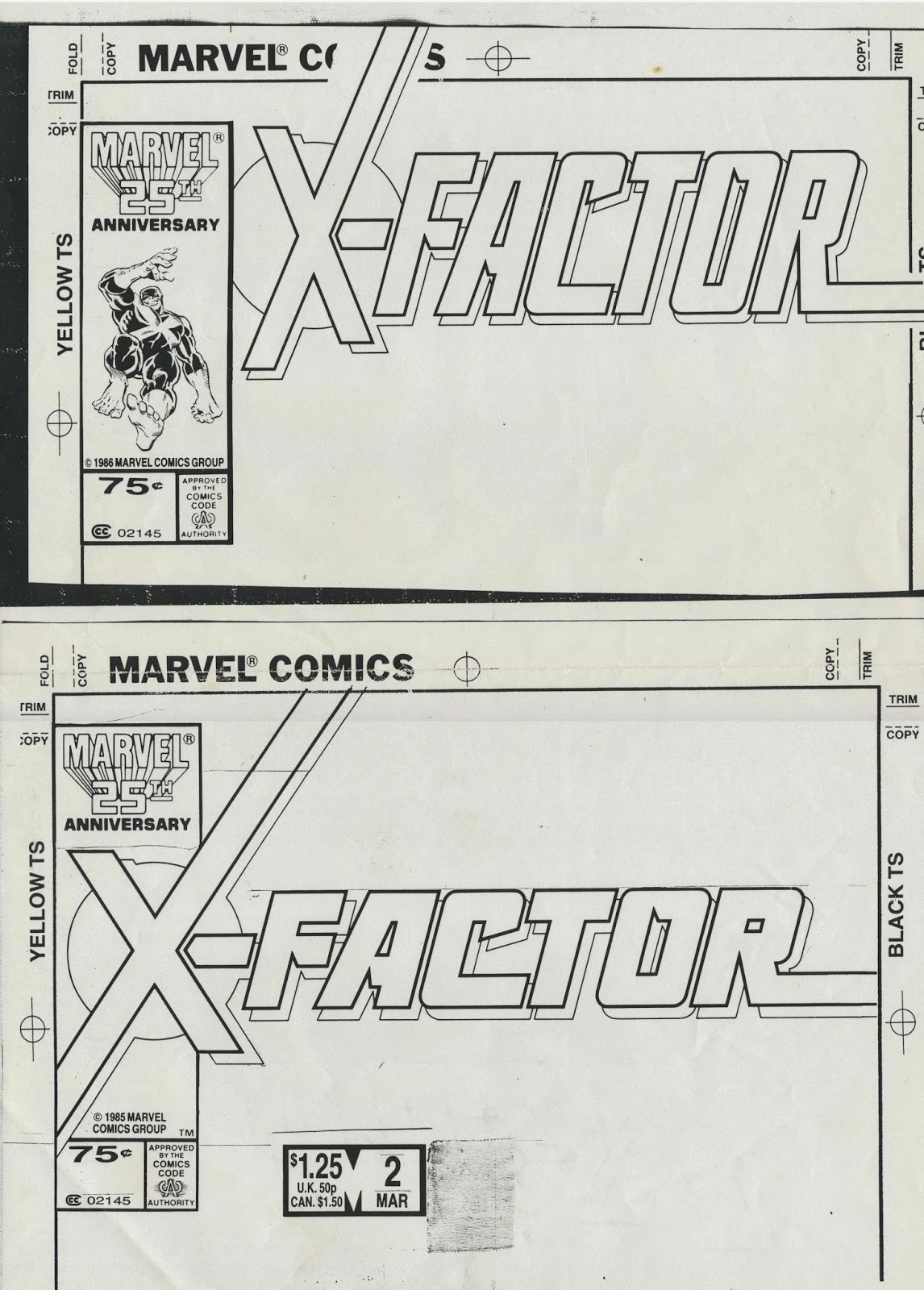 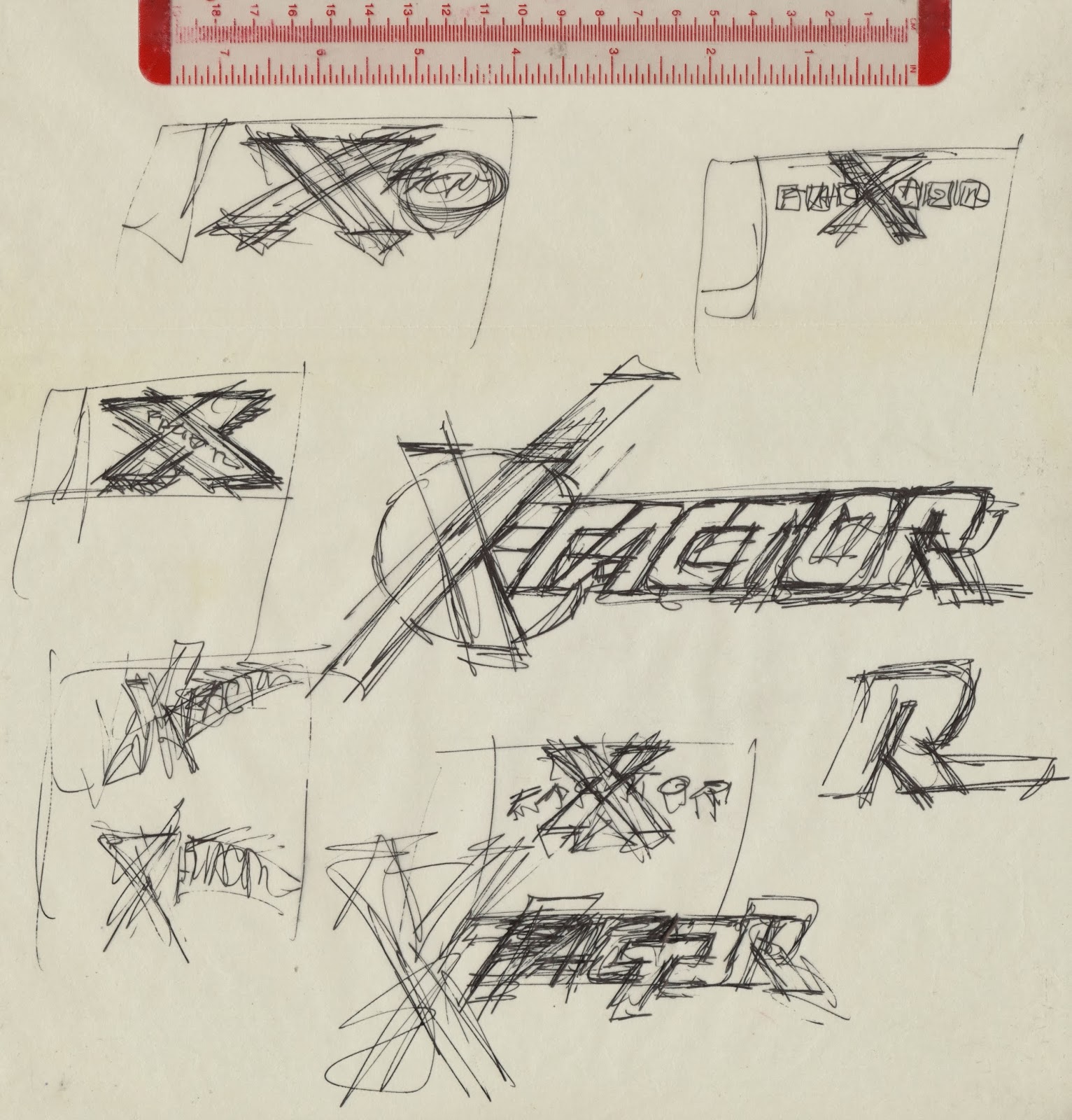 First version of the bolder logo 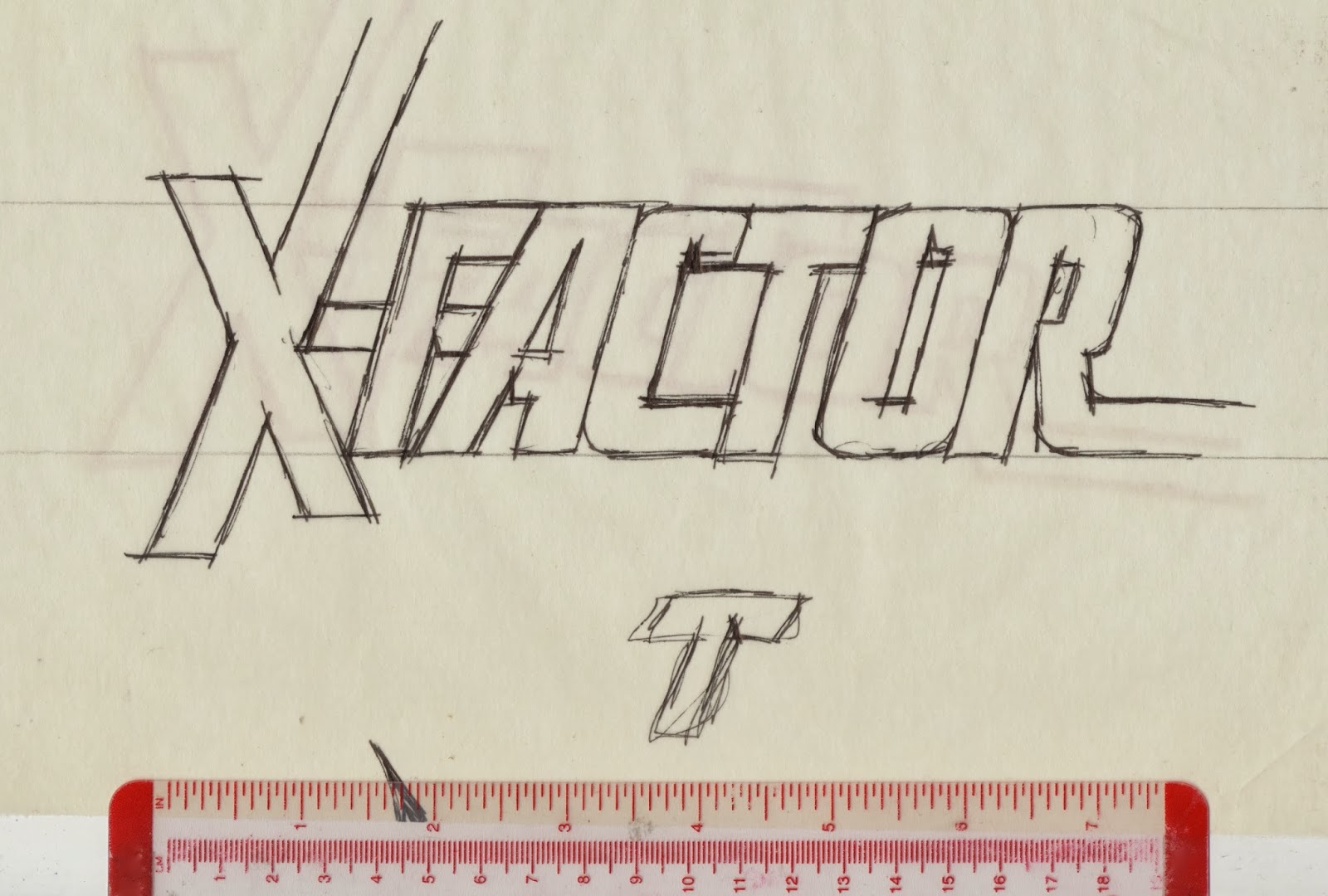 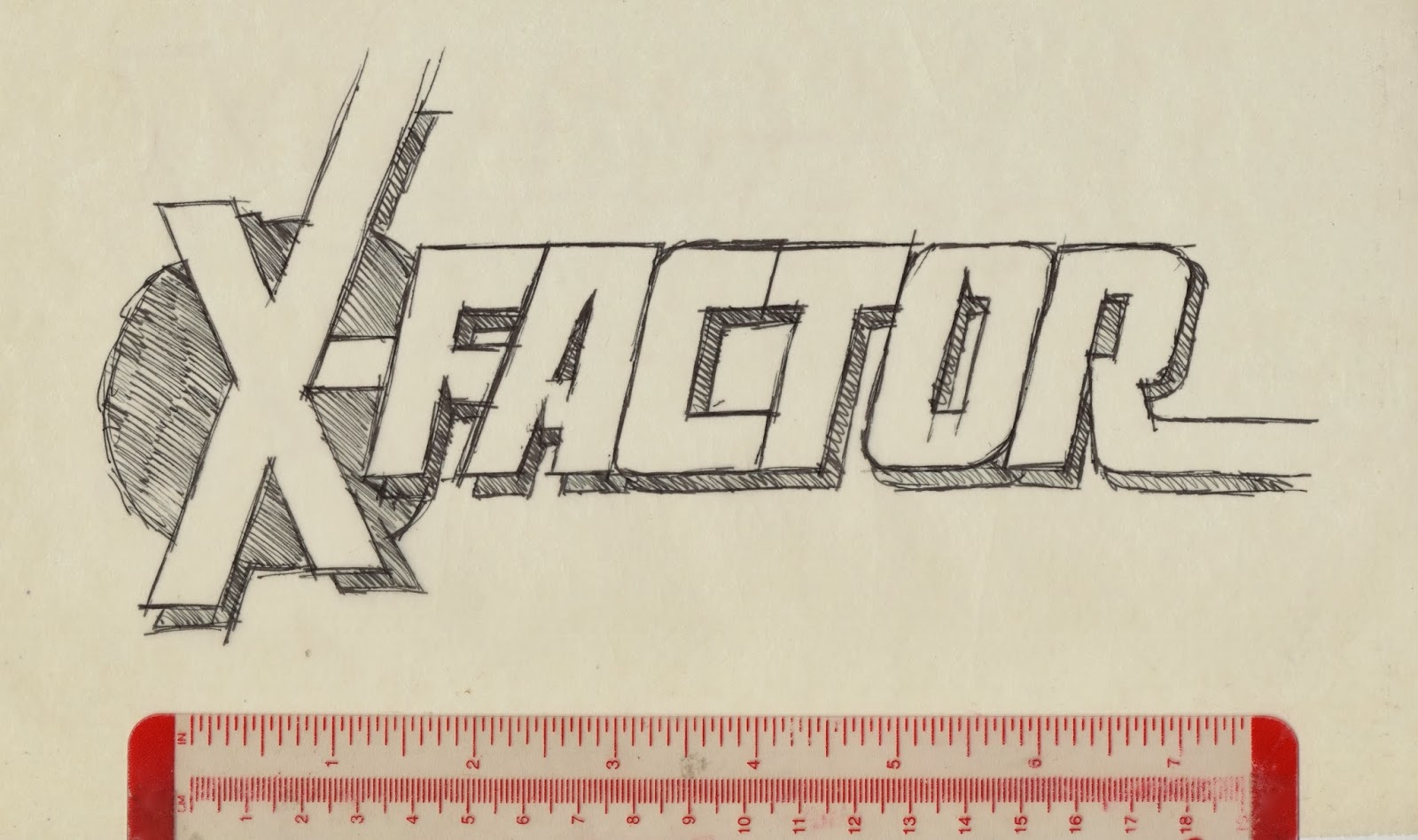 Second version of the bolder logo 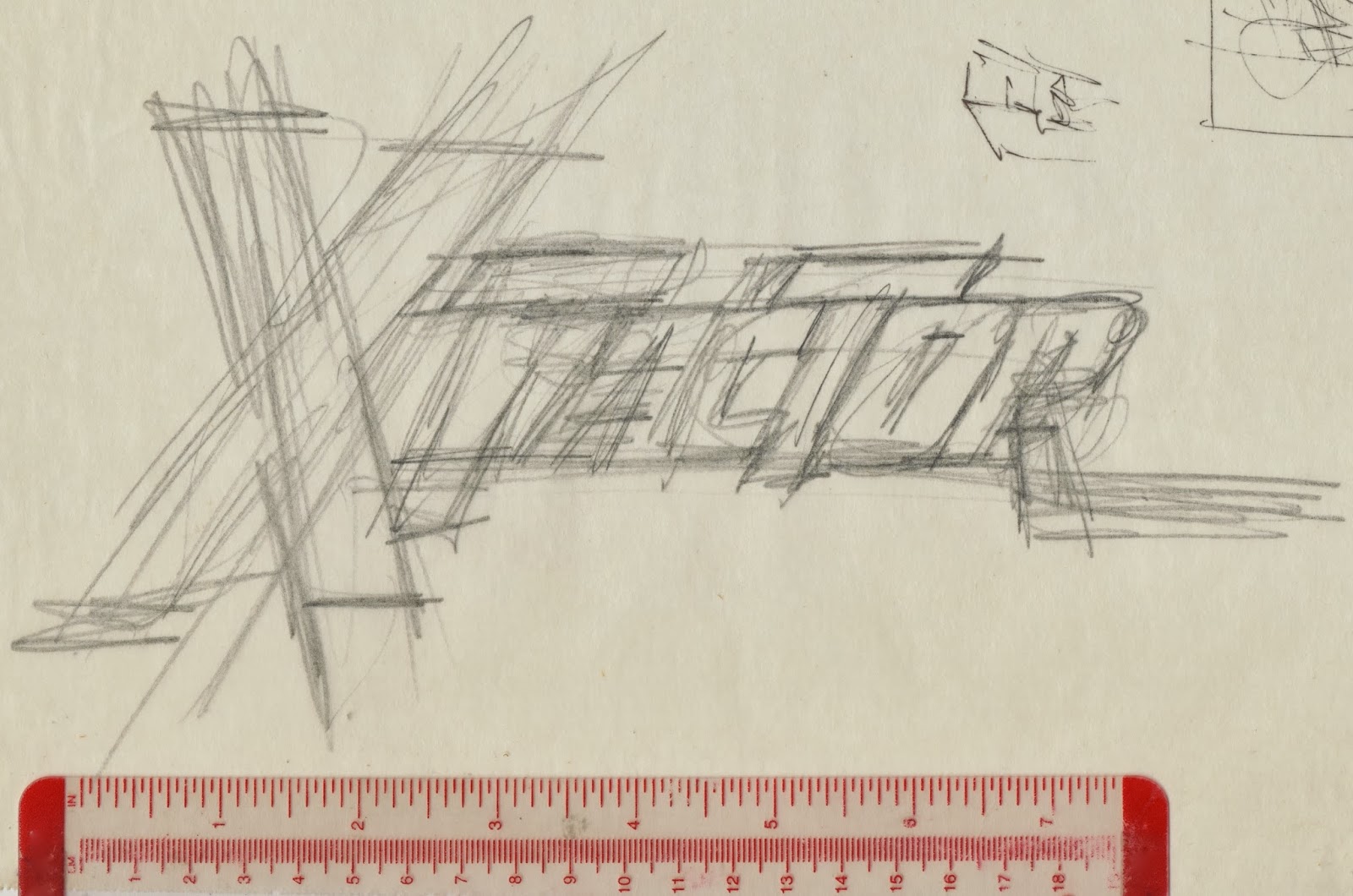 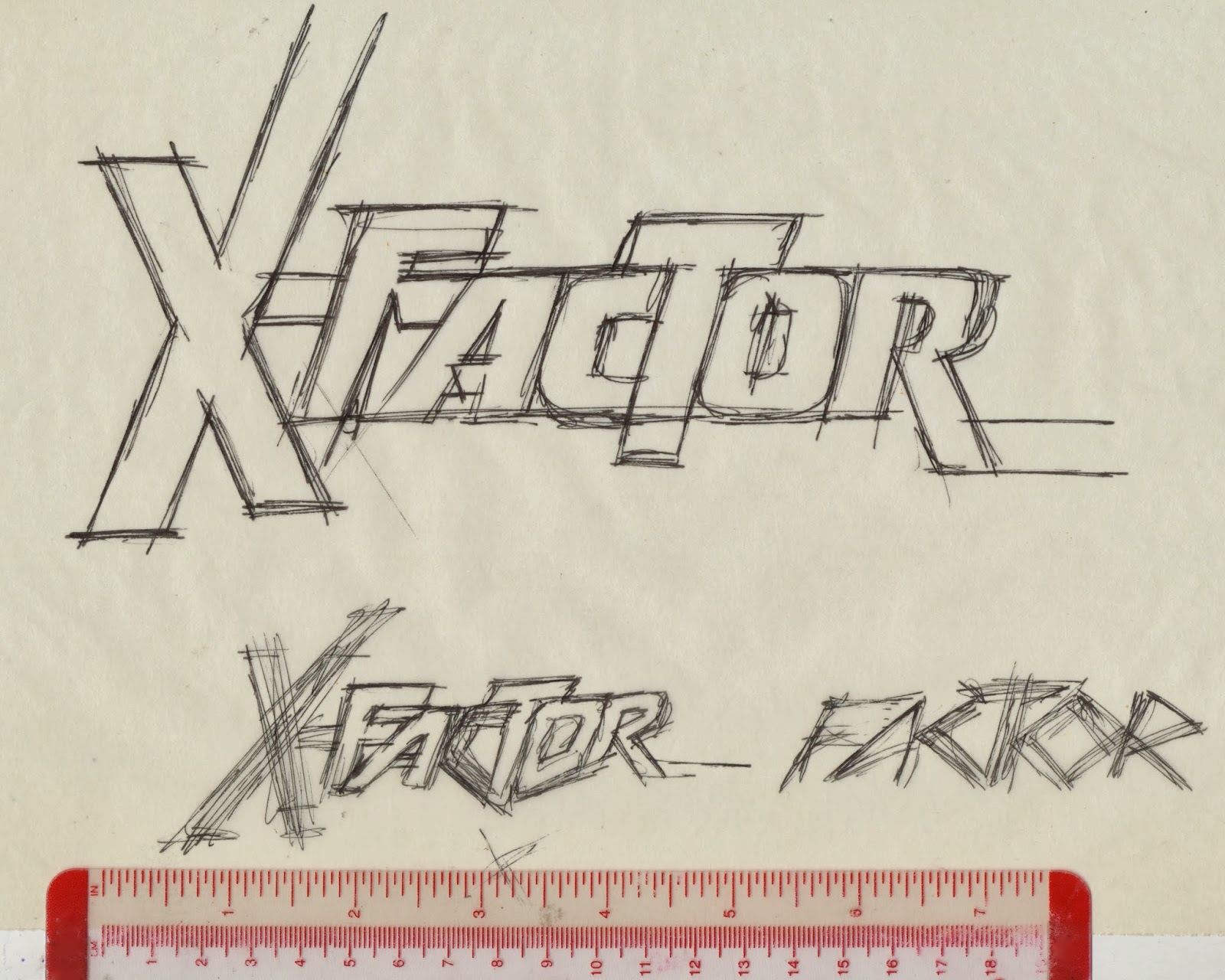 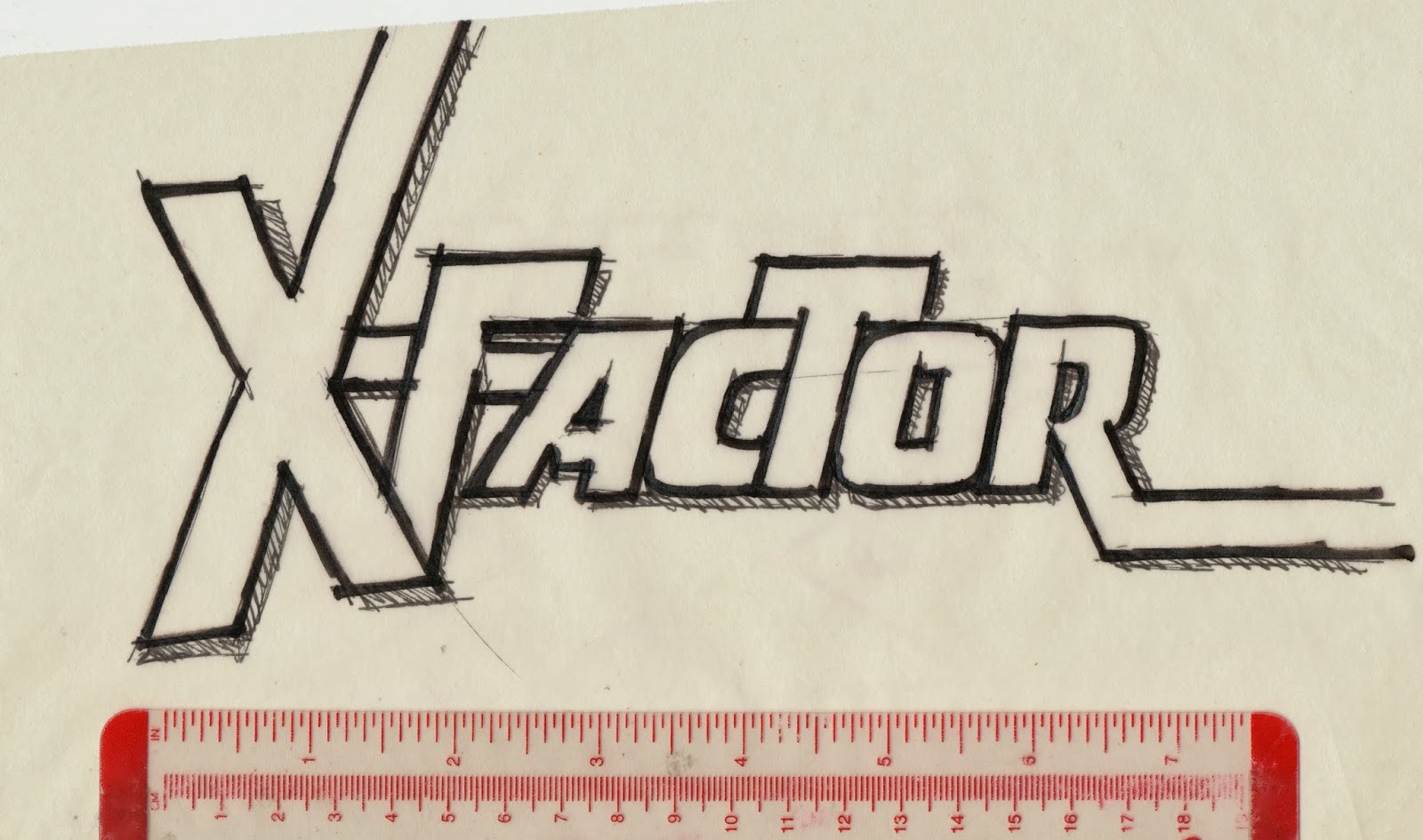 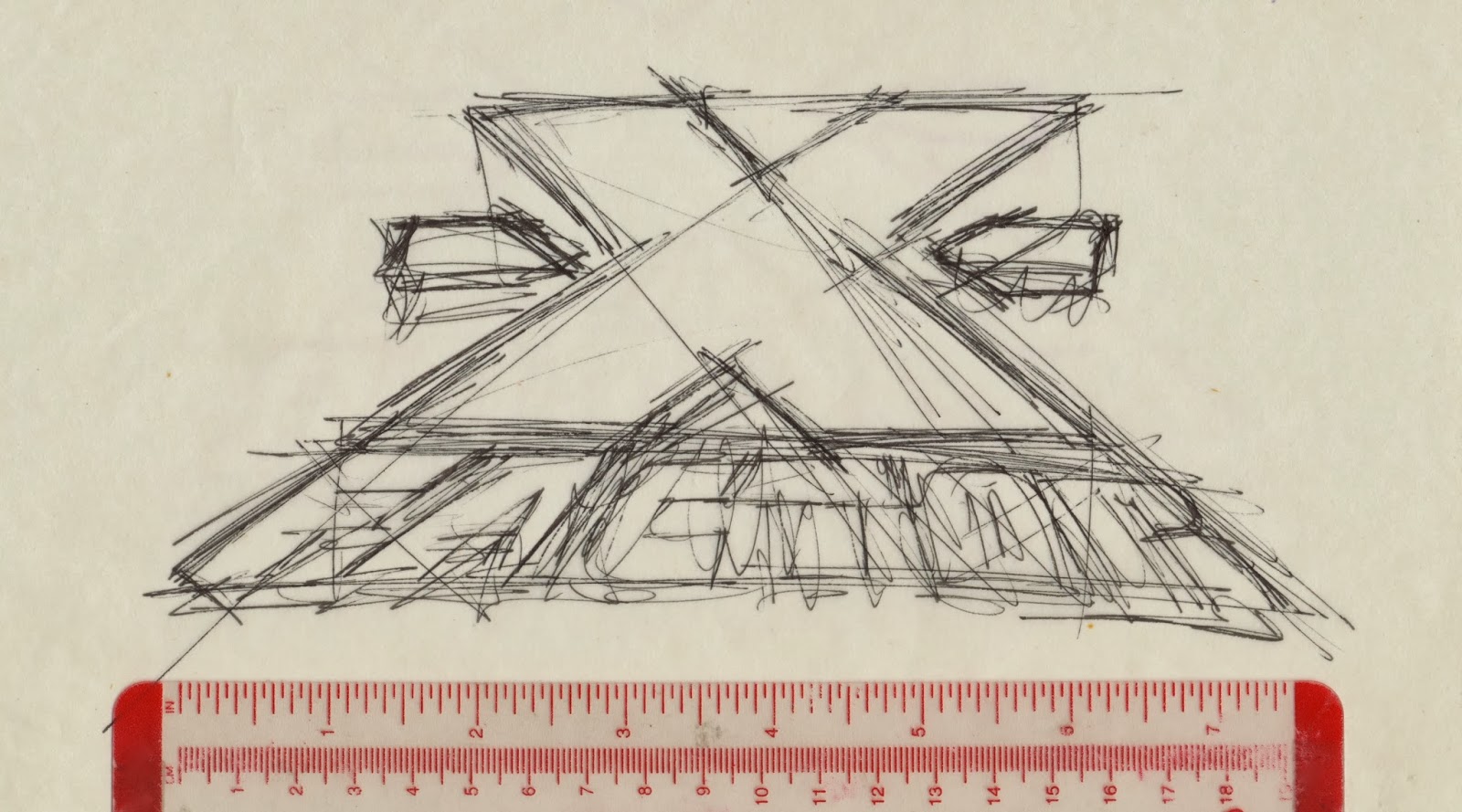 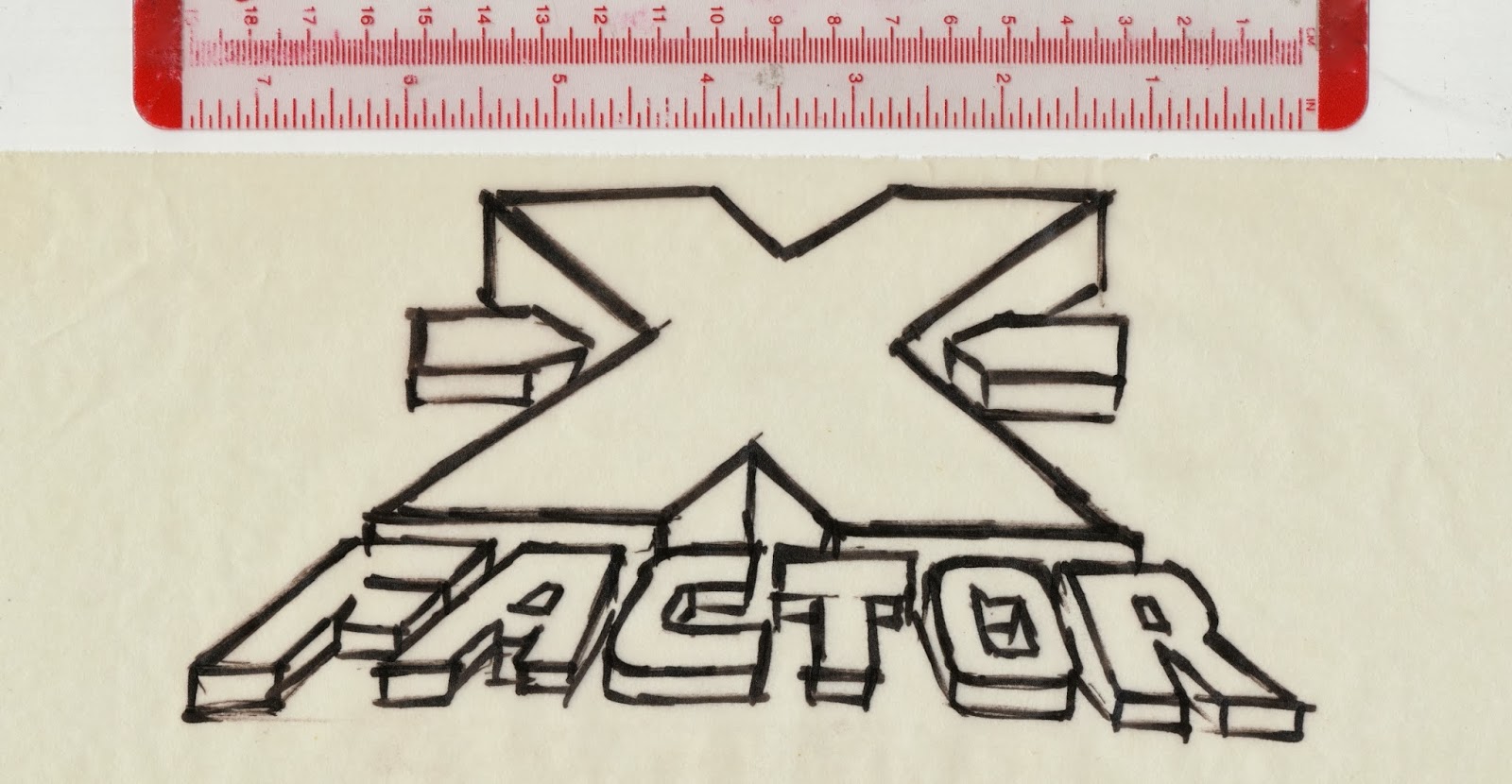 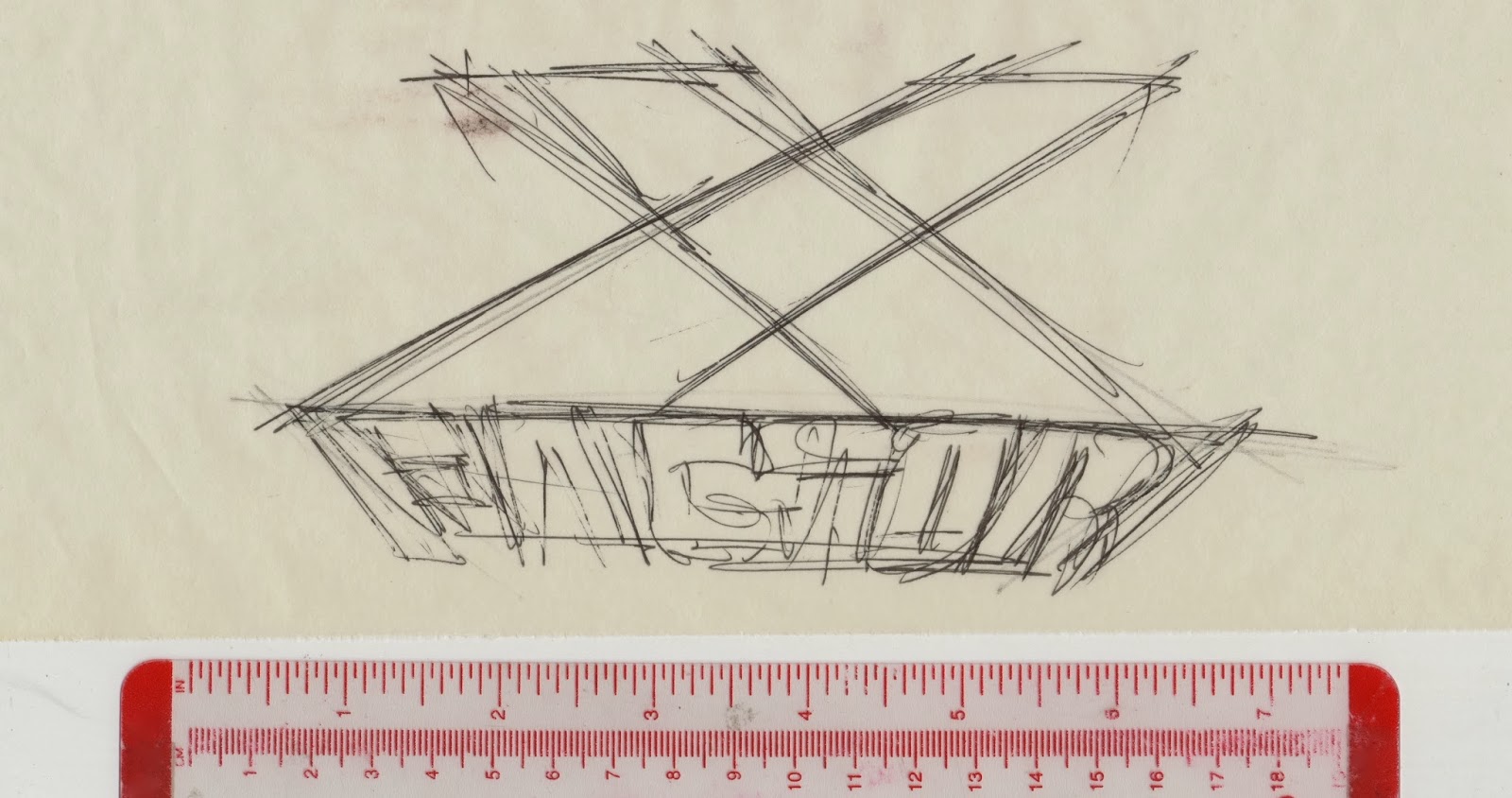 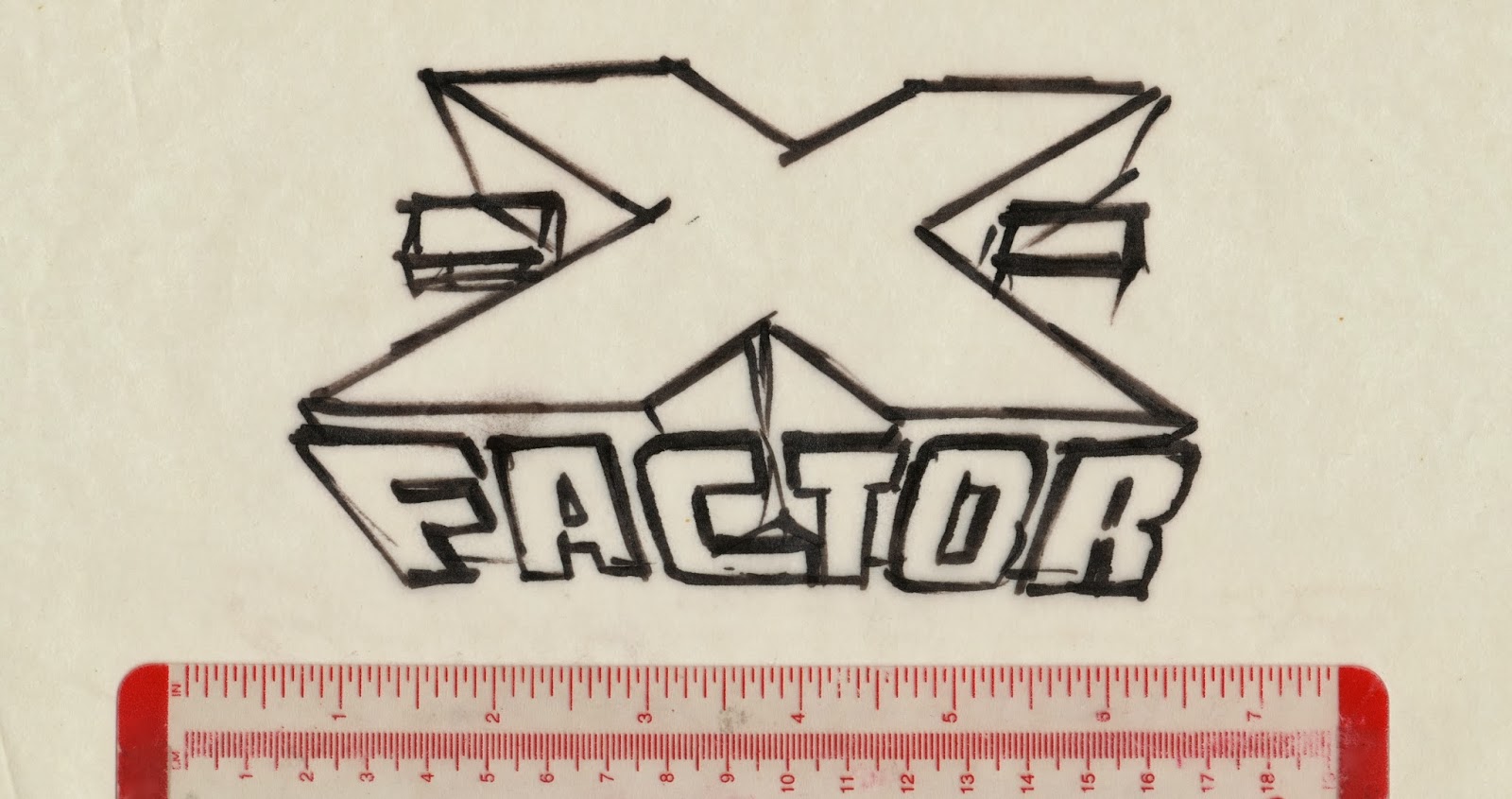 On May 23, Walter and his wife, Louise, stopped by my studio at 6 West 20th Street. First I showed sketches with the bolder letters. He liked them. Then I showed my alternate designs. He paused a while, looking back and forth at the sketches. Then he asked Louise what she thought. I don’t recall what was said but their decision was to go with the second alternate logo design.

The next day I started working out the details of the design. The first thing was figuring out the letterspacing in the word “Factor” as it projected from the bottom of the “X”.

In this sketch all the letters are under the X. 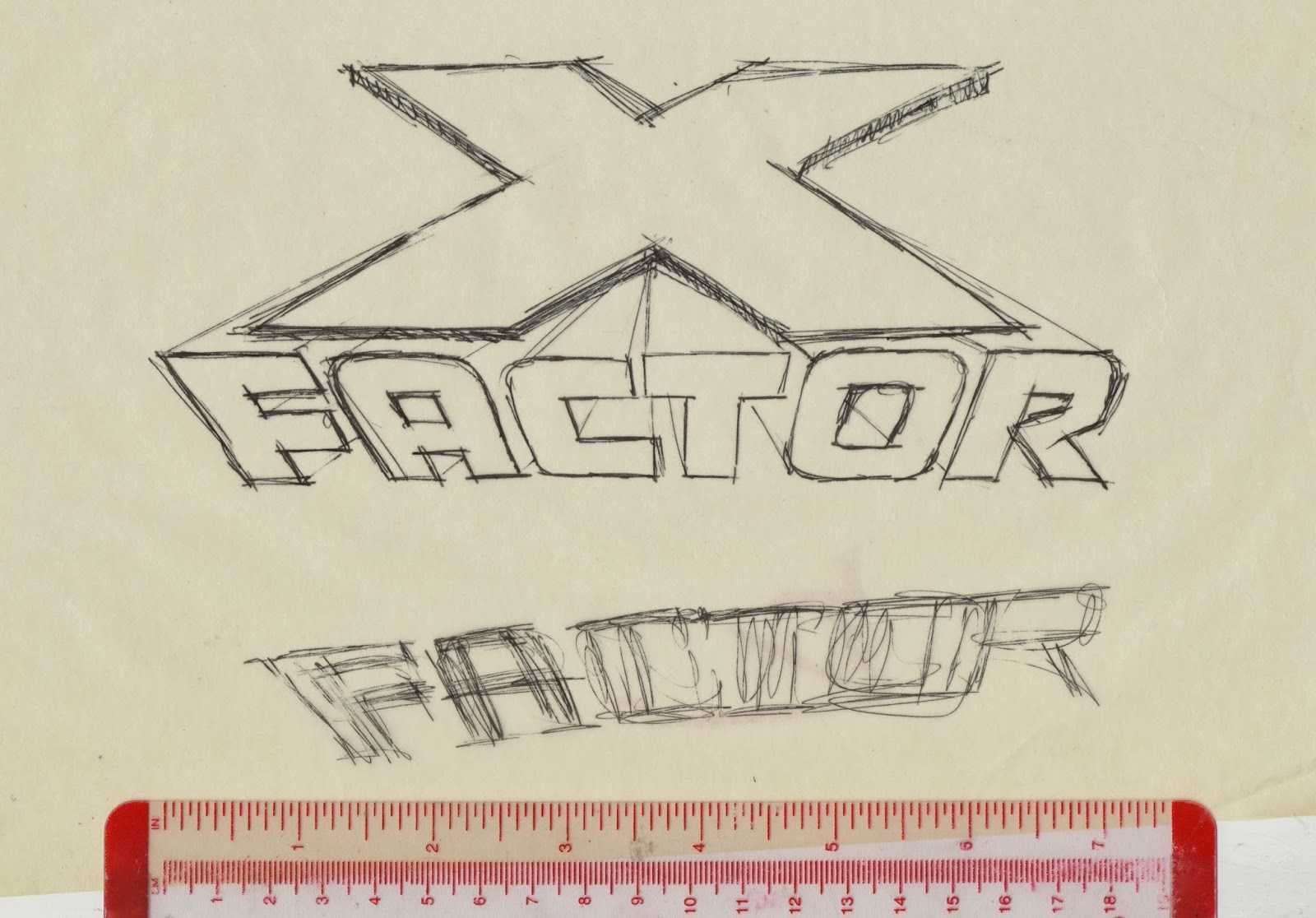 Here the F and R are spaced just beyond the X
so more of their perspective lines are visible. 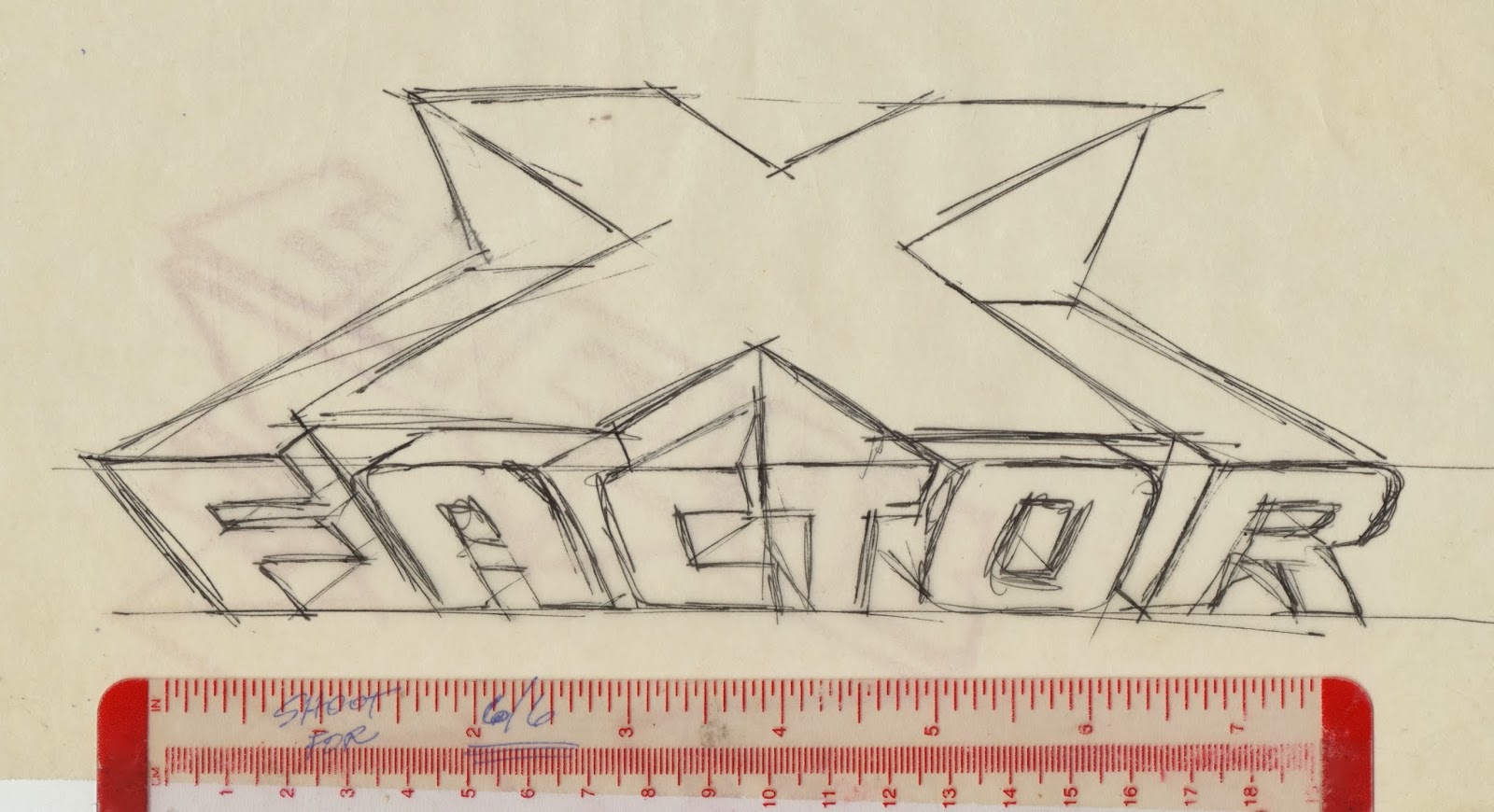 Next the F and R were moved just
under the X, and the A was changed. 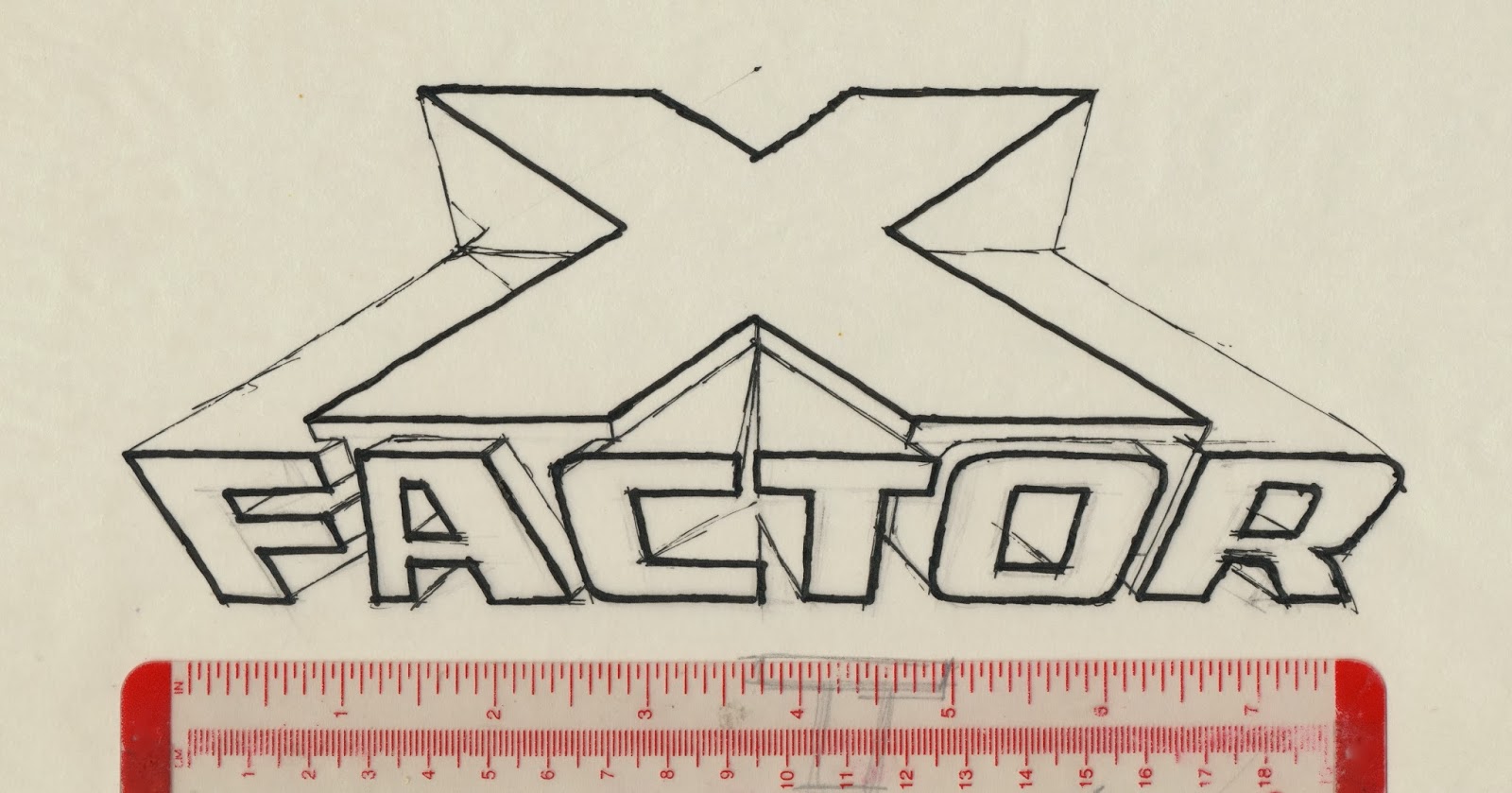 More adjustments to the letterforms and spacing 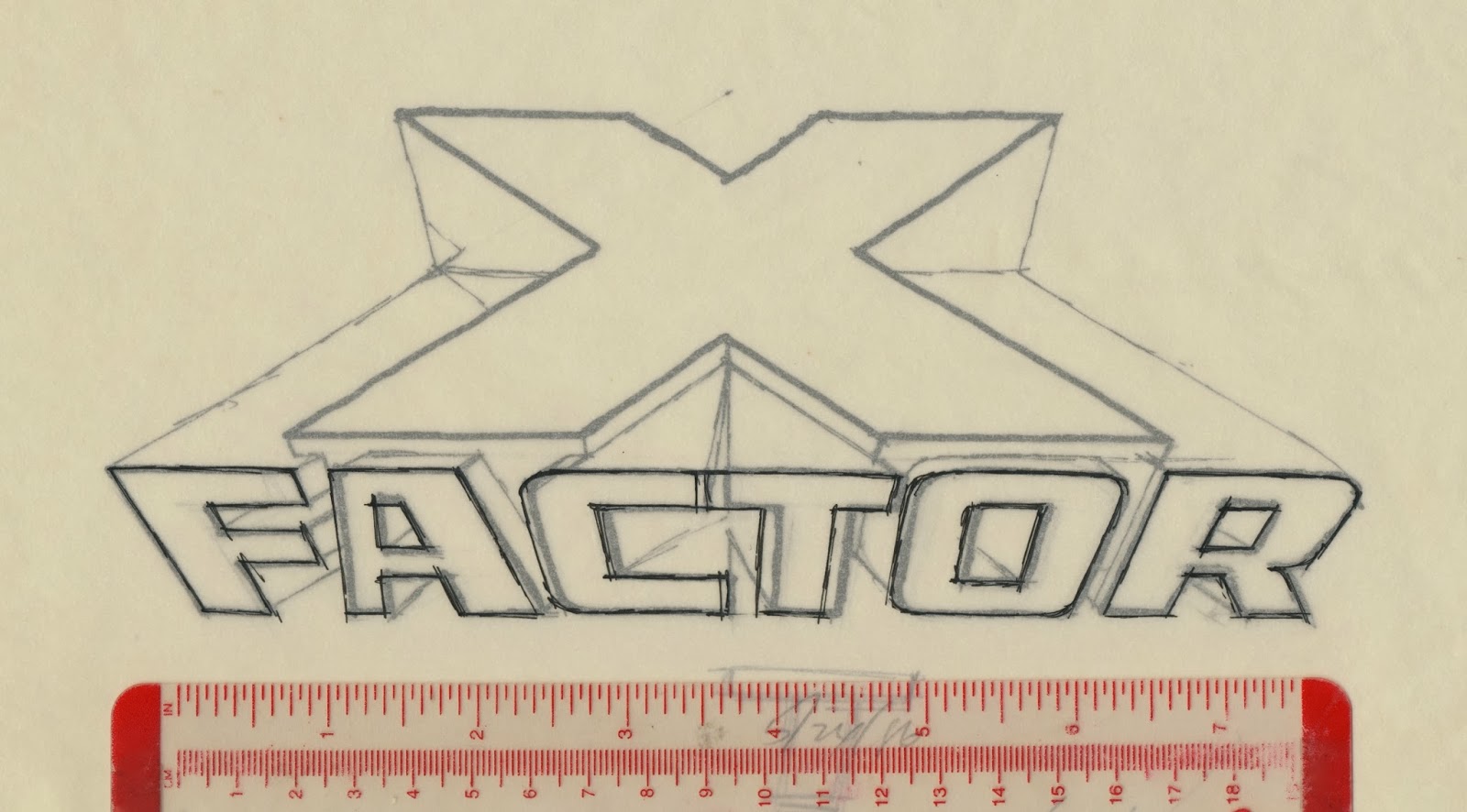 These overlapping tracing paper tissues show
how much the letters and spacing changed. 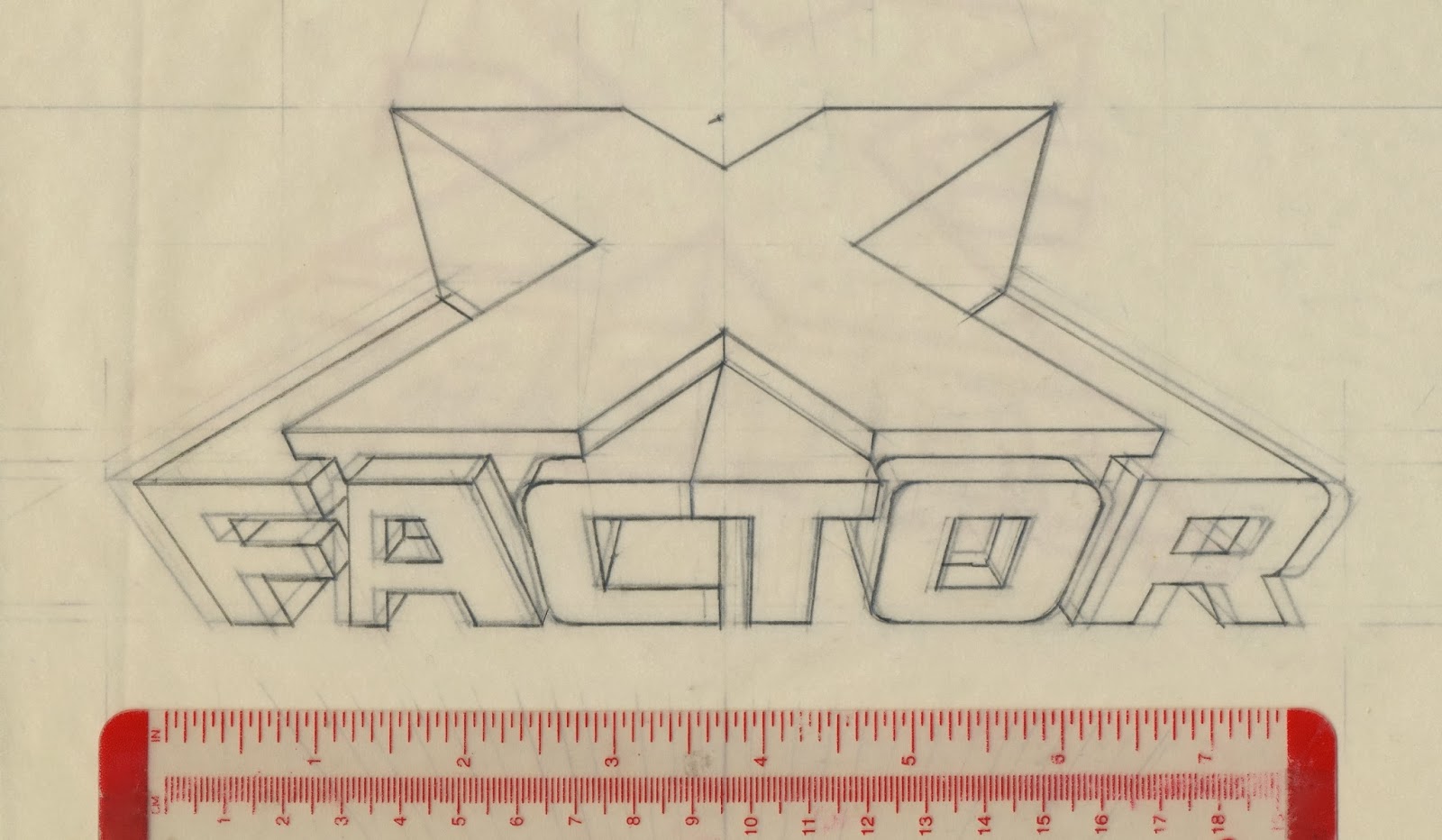 On June 2, I showed a tight pencil rendering to Walter.
He suggested removing the perspective line where the
C and T touched. He wanted the finished art on the sixth. 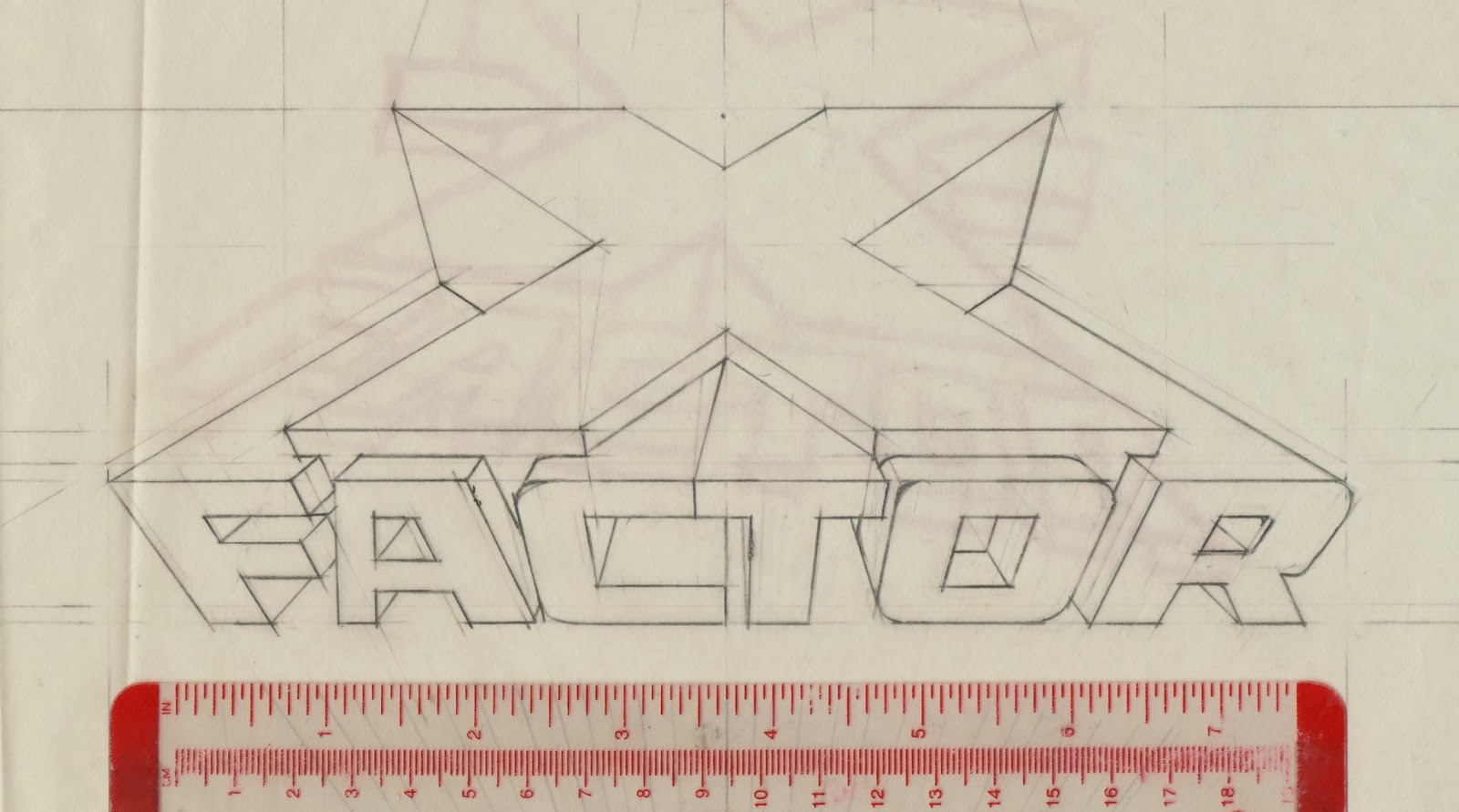 The finished artwork with register marks for the overlay. 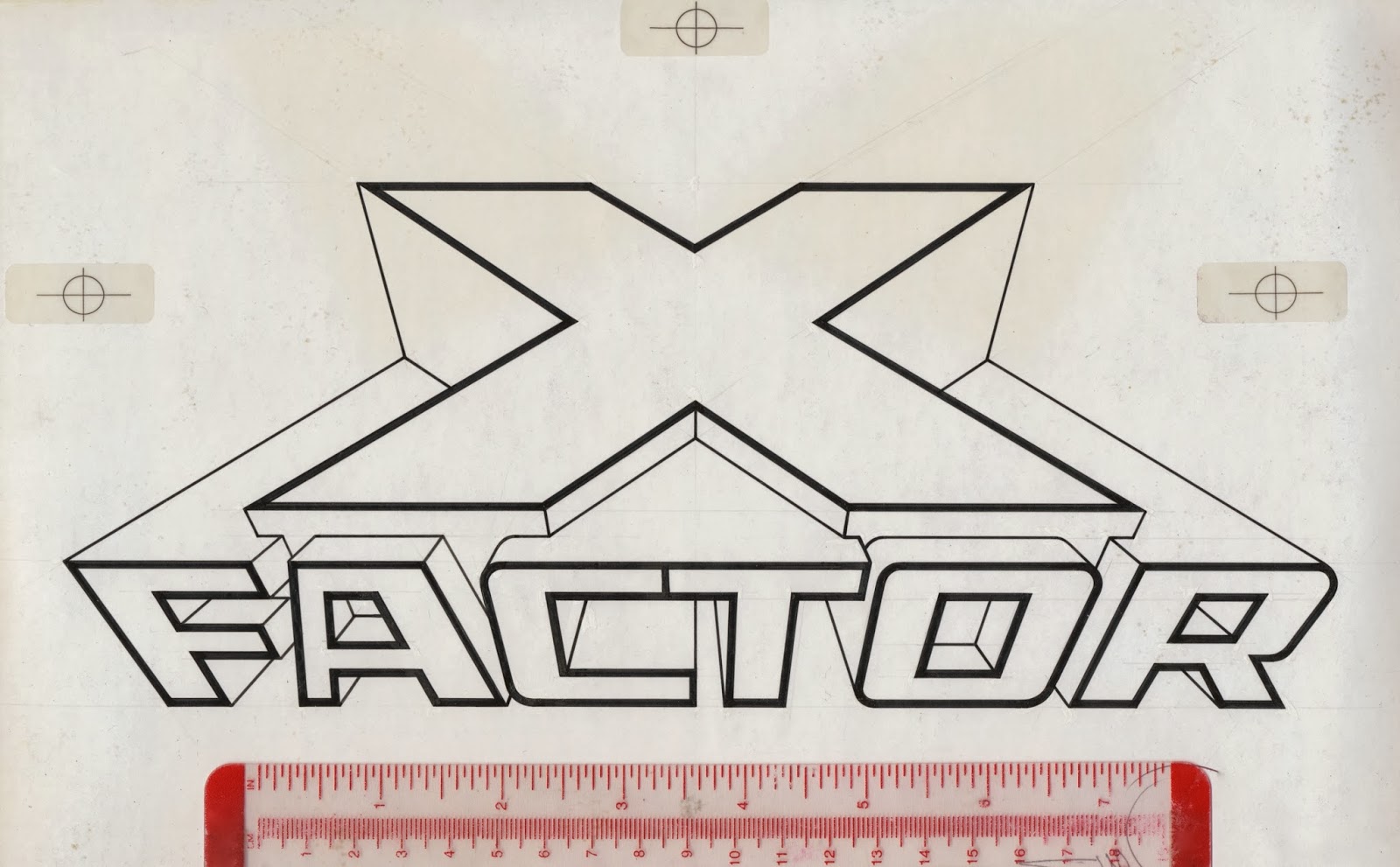 Acetate overlay with X extended beyond the cover’s edge.
I thought it was possible to have the logo bleed off the top. 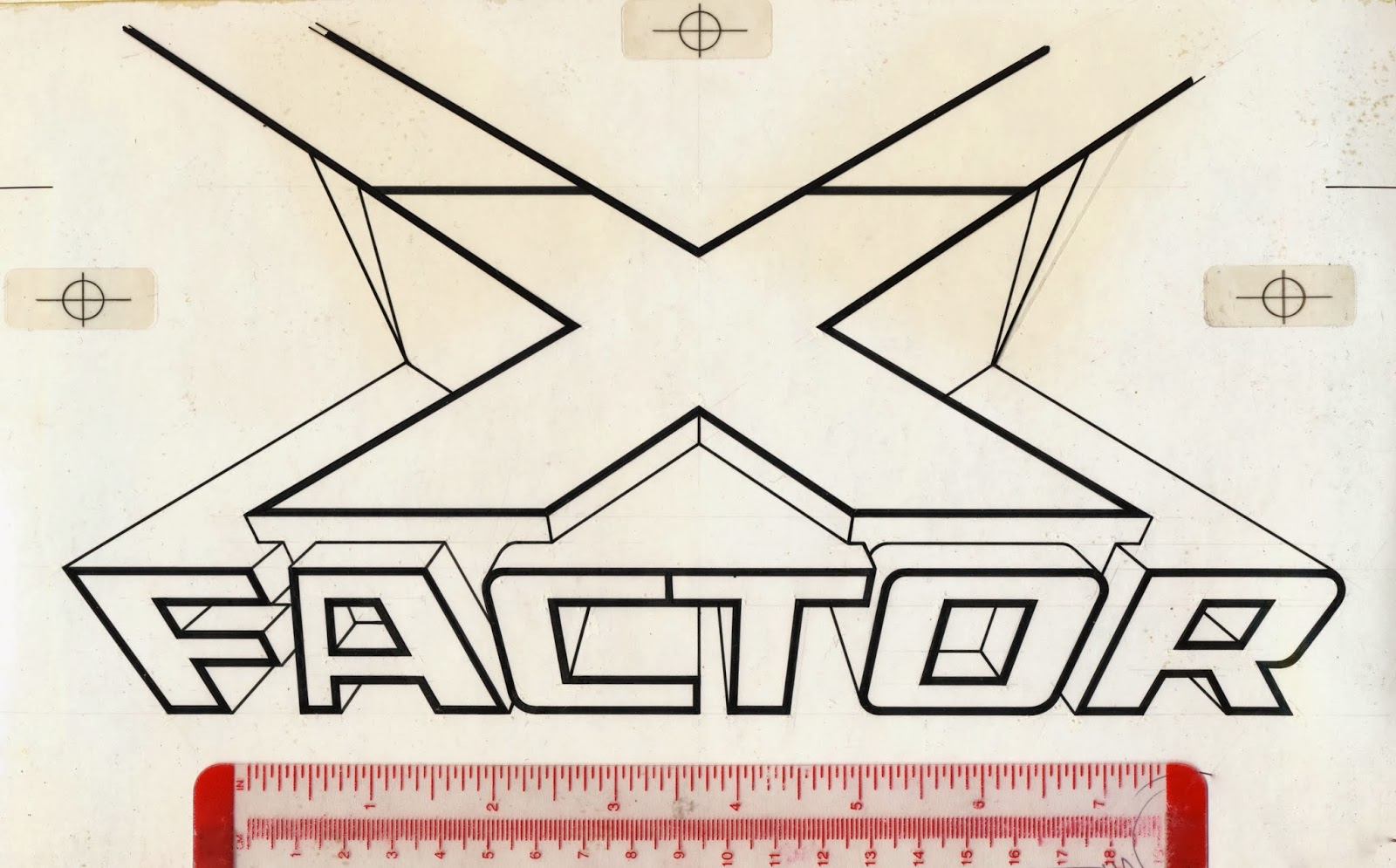 Paper was rubber-cemented to the underside of the acetate.
As I far as I know, this version of the logo was never used. 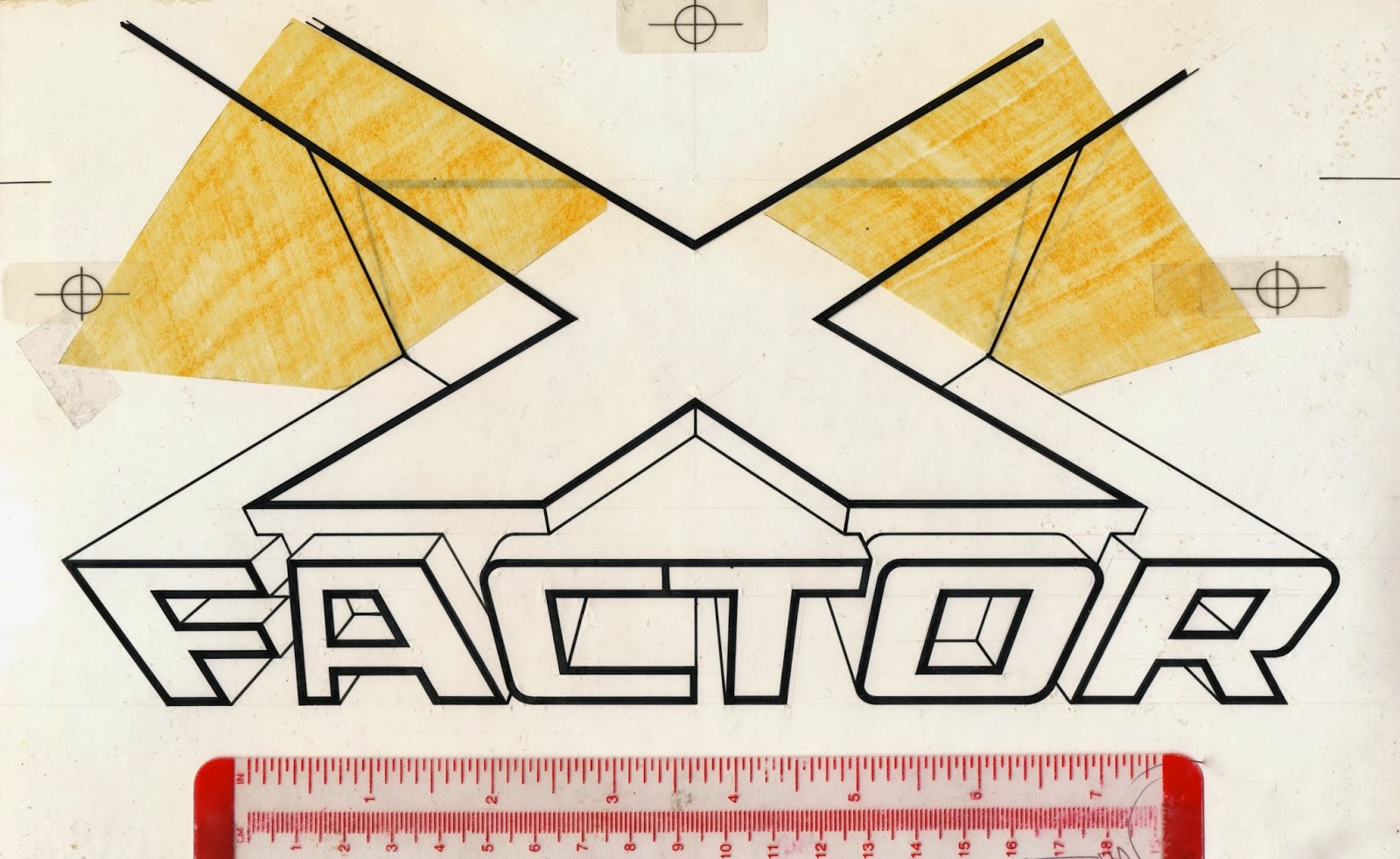 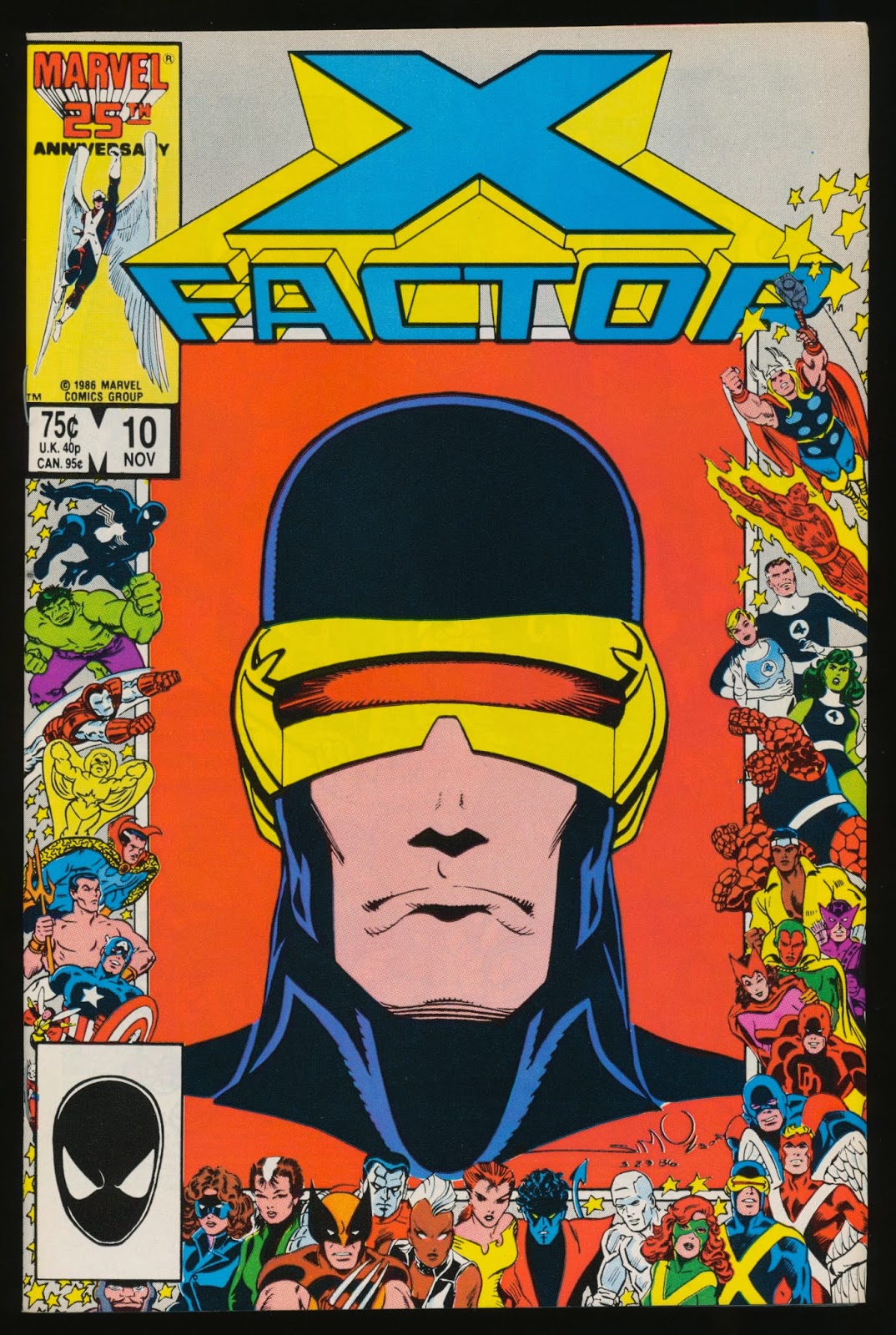 Mephisto vs. the X-Factor 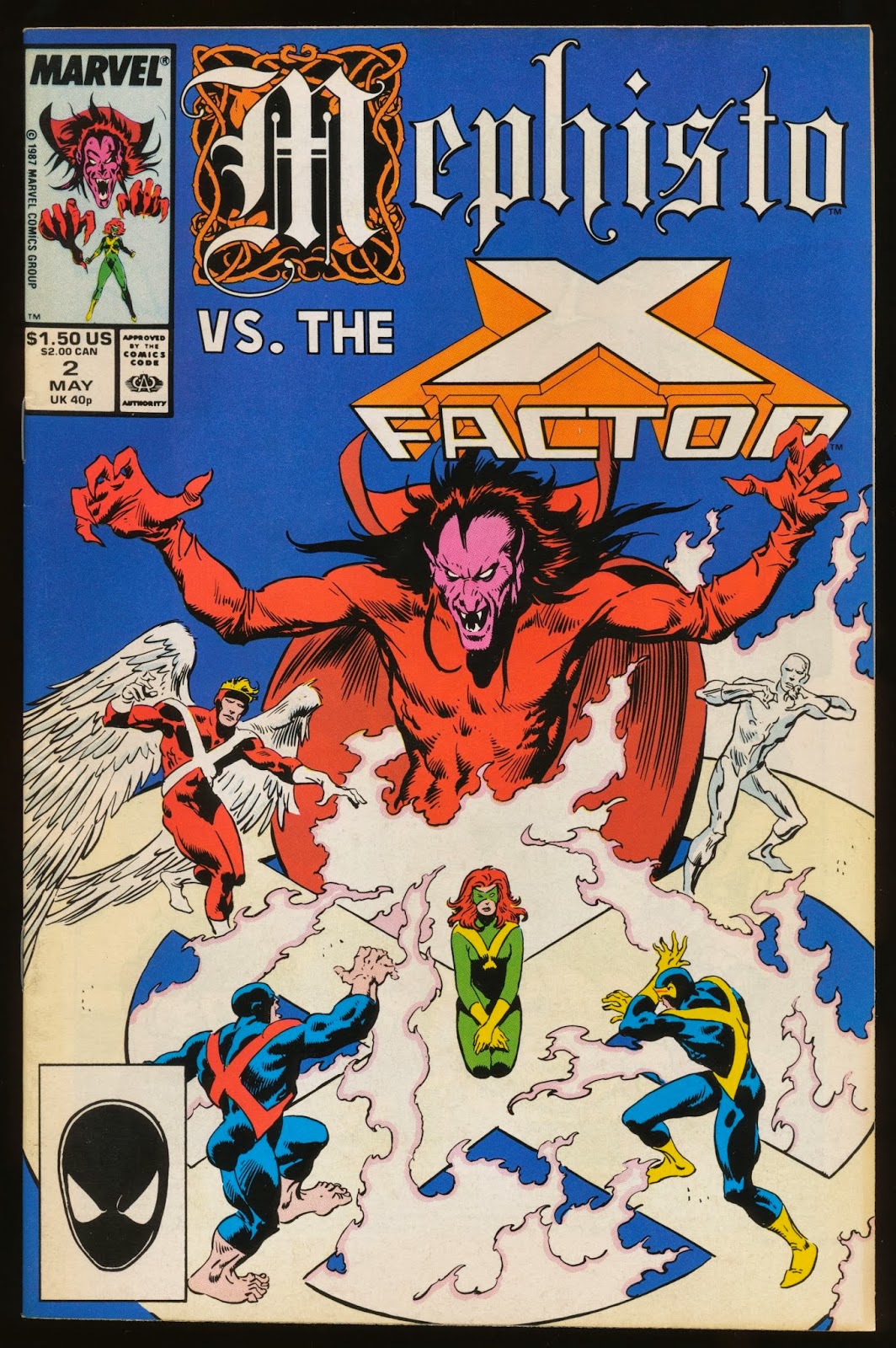 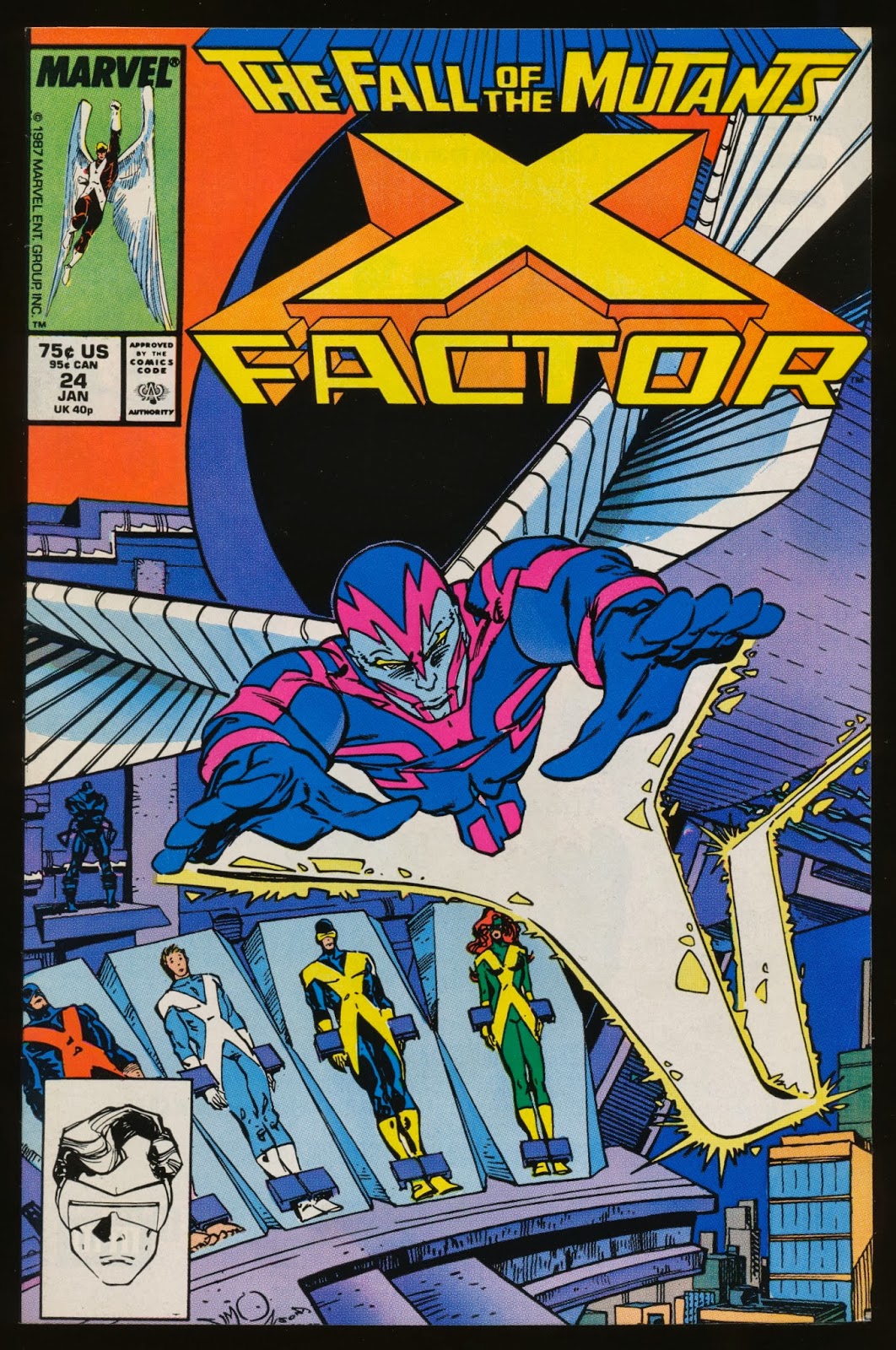 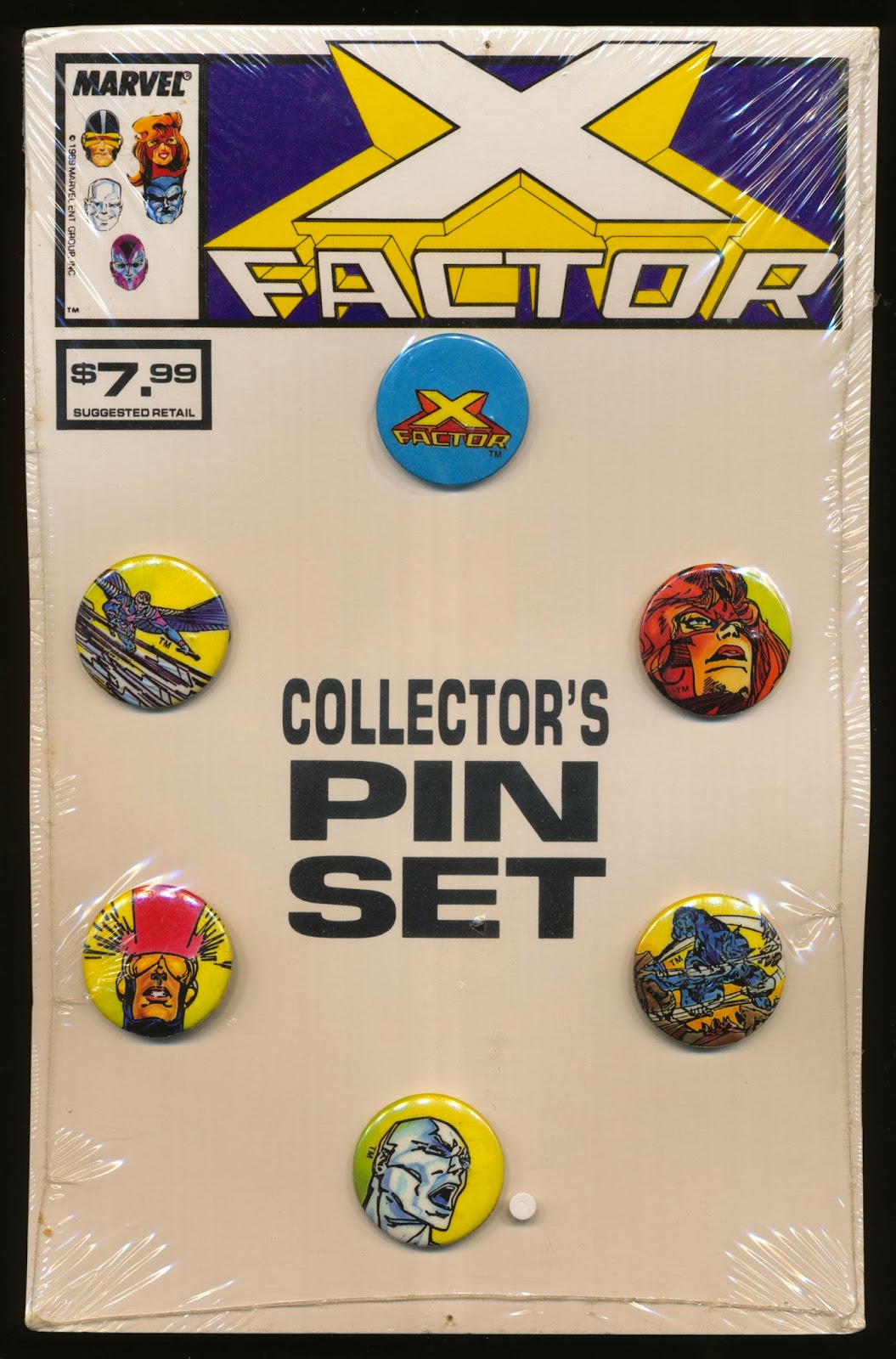 My logo appeared on annuals two through nine. 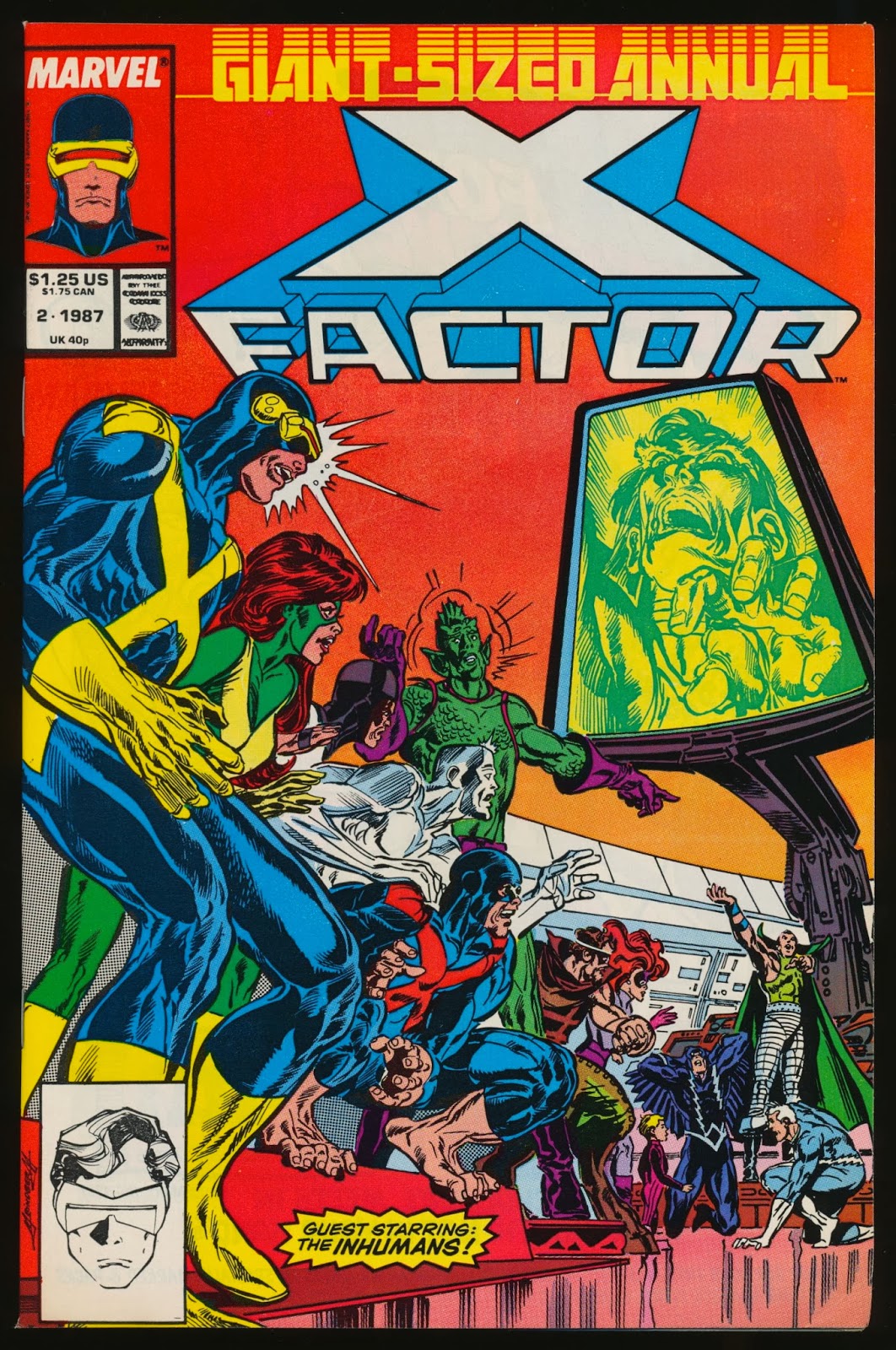 #100 with embossed and computer-manipulated logo 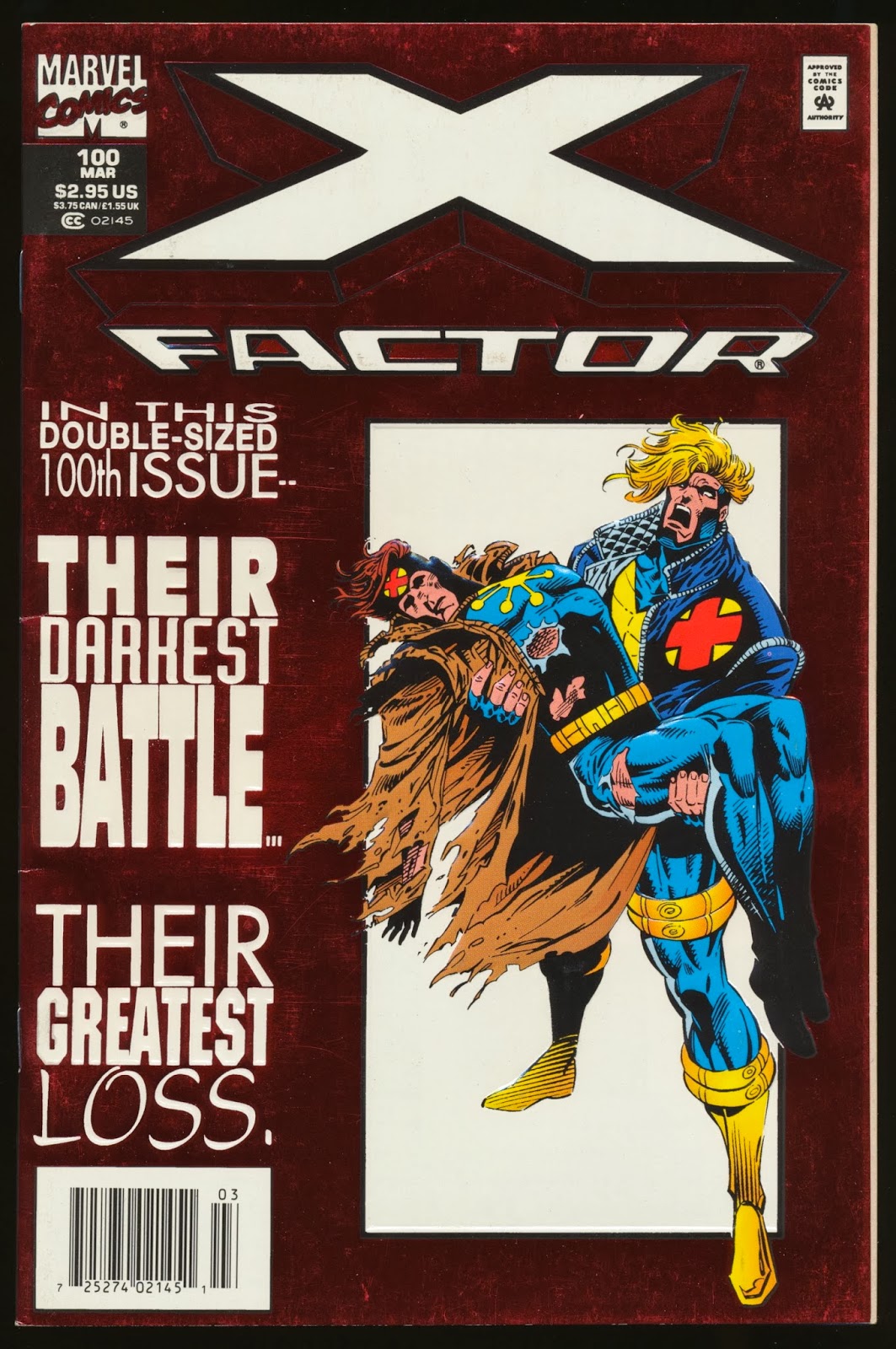 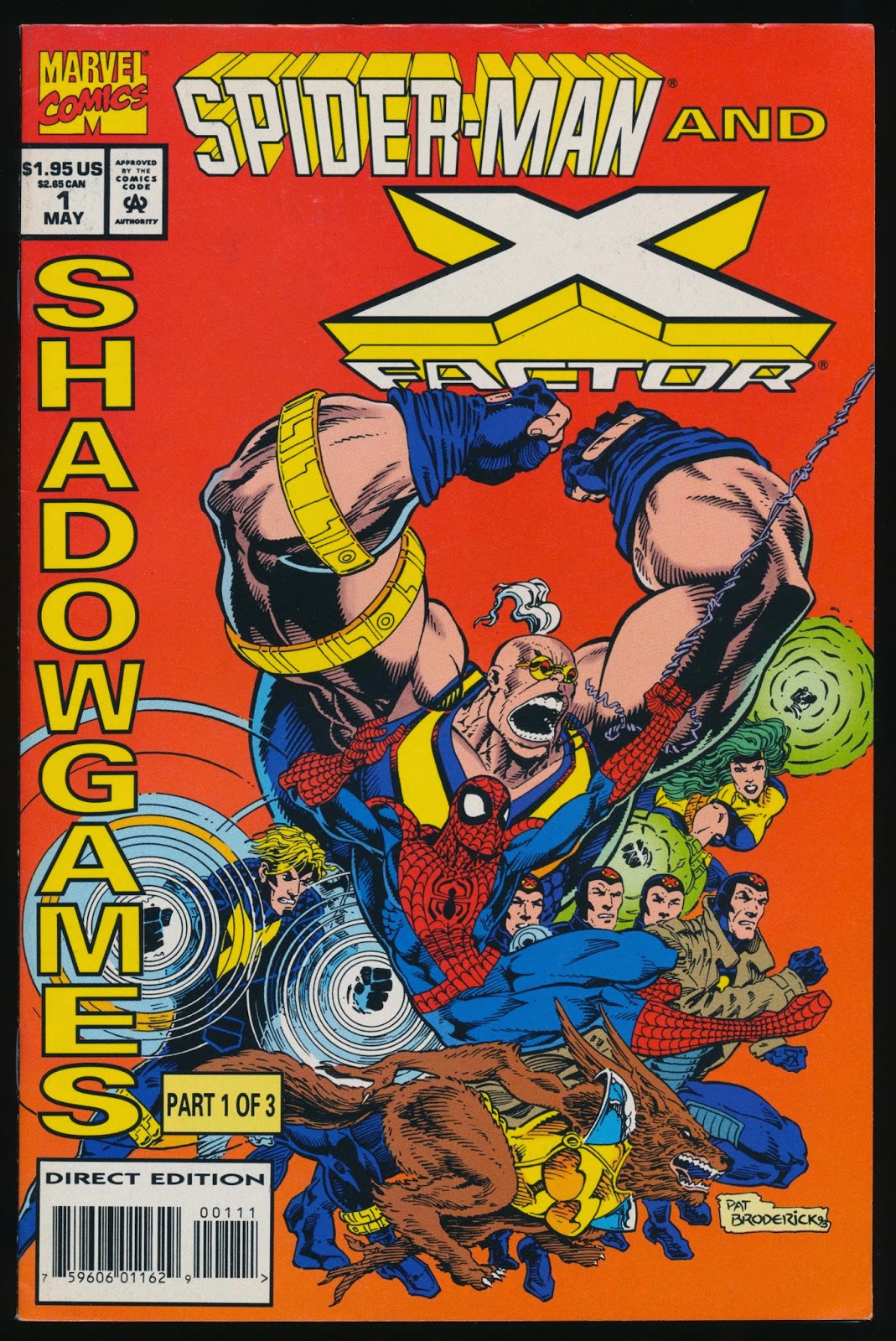 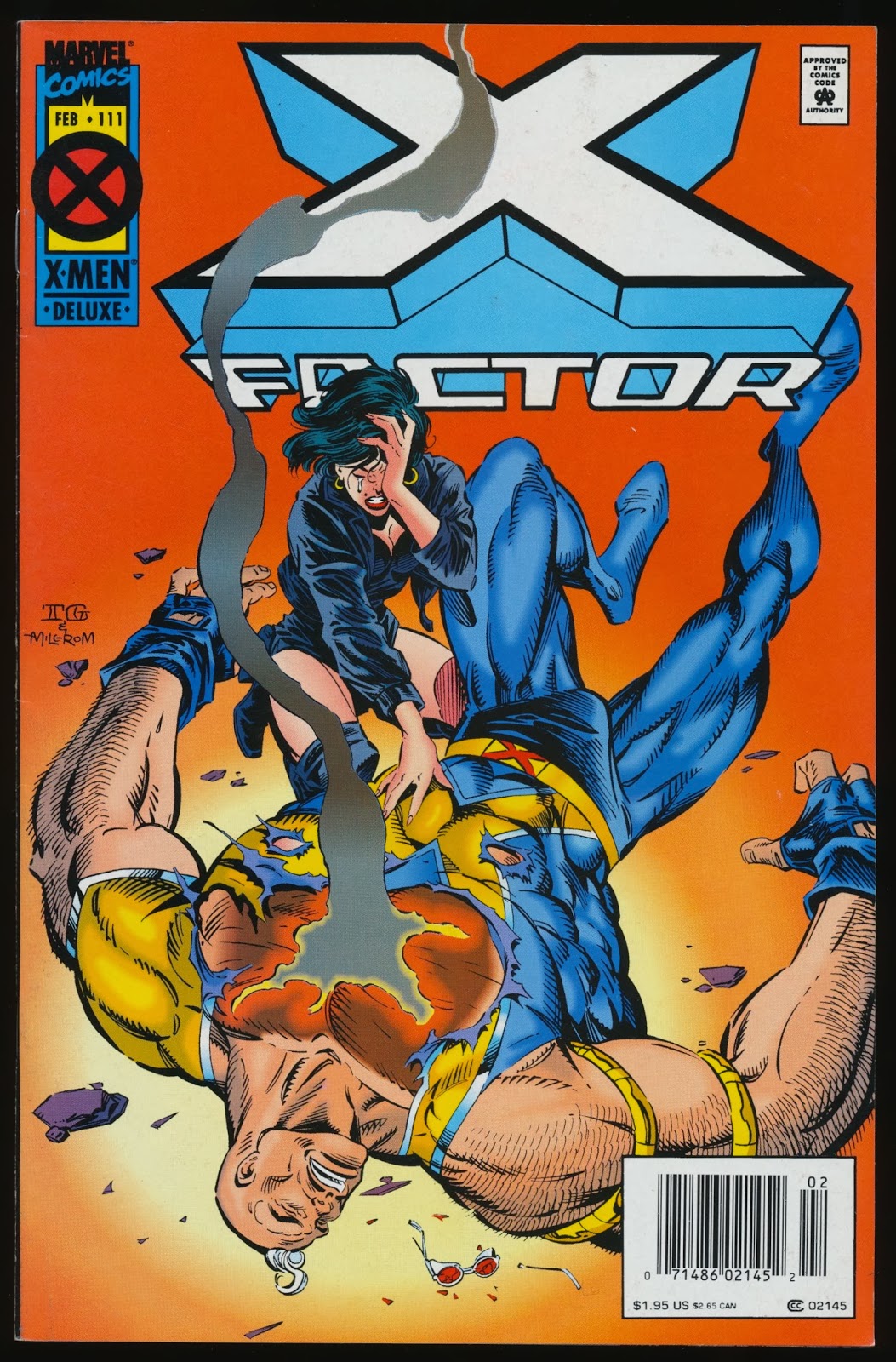 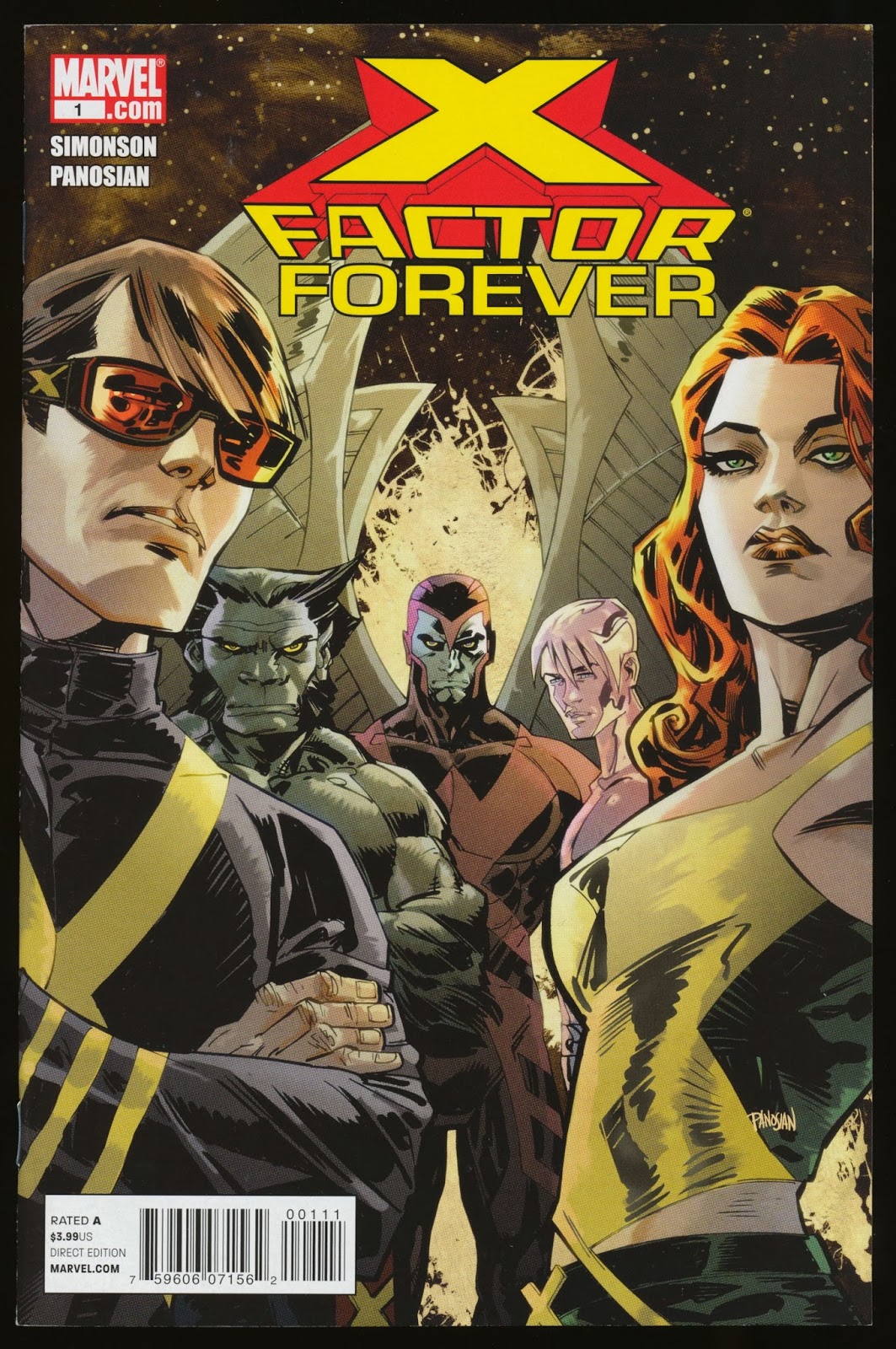 X-Men Special #2, November 1971, was the
first time the X was on top of the other letters.


(Next post on Monday: Asian Pacific American Heritage Month)
Posted by Alex Jay at 8:00 AM