Wyoming State Tribune
(Cheyenne, Wyoming)
October 30, 1921
Honor Roll Local Schools for First Six Weeks’ Period
Names of Students Who Made Good Marks in Studies at All the School Buildings.
The honor roll of the Chetenne schools for the first six weeks’ period, which ended October 14, was made public to day by Superintendent A. S. Jessup. It follows:

American Forests and Forest Life
Volume 37, 1931
page 363: A letter from George D. Klein, of Wyoming, came too late to use, but it was so fine in sentiment and form of expression that recognition of some kind should be made. So we are sending him a cruiser's stick. George's favorite tree is the Rocky Mountain white pine. Its botanical name is Pirius flexilis. He likes it because it will grow at the timberline, on the wind slopes where other trees cannot survive the severe climate. Around the timberline it grows into grotesque shapes, but in the lowlands it is a tall and beautiful tree. George has shown good judgment in selecting so versatile a tree. There is a specimen on the campus at the University of Wisconsin, and I went out and renewed its acquaintance after getting George's letter. Needles are still retained on the stem five whorls back, which shows that its needles are deciduous every five or six years…. 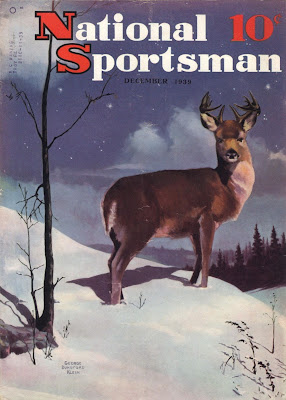 …Traditional painting with sound workmanship holds up well throughout the show. It is the younger men who prove to be the strict classicists, especially in the studies of pretty women by Elmer Greene, Richard Briggs and George D. Klein....

Nature Notes: The Magazine of Outdoor Information
Volume 8, Number 5, May 1941
page 135: The Bushy-tailed Woodrat
Also known as Pack Rat and Trade Rat
From a drawing by George Dunsford Klein. 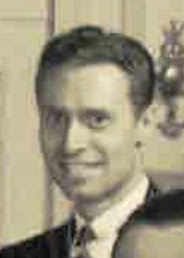 South Dakota Conservation Digest
October 1942
page 14: Gracing this month’s cover of the Conservation Digest is an artist's interpretation of Wapiti as drawn by George Dunsford Klein. The picture was furnished through the courtesy of the Wyoming Wild Life, official...

A Manual of Bandaging, Strapping, and Splinting
Augustus Thorndike
Lea & Febiger, 1959
page 10: Grateful appreciation is due to…his associate, George Dunsford Klein, for the drawings and illustrations.

Mr. Klein was a member of the Salmagundi Club.
[According to Klein’s army enlistment record, he was born in 1915. He was about 54 when he died.]

Klein, a native of Shrevesport [sic], La., had lived in Boston until a few years ago.

He is survived by his widow, Patricia (Perreira); his mother, Mrs. Matilda Klein, and a sister Mrs. Edna Matthol, both of Westwood.