Long Island Daily Press
(Jamaica, New York)
June 28, 1929
Large Class at P.S. 108 Get Their Diplomas
Arthur A. Gargan, Legion Commander, Addresses Pupils
Commencement exercises of P. S. 108, 108th street and 109th avenue, Richmond Hill, were held in the school auditorium. Florence Wolovich was the salutatorian, Ruth Dawson valedictorian. Pearl Powell, 8B3 gave a recitation; violin solo by Zolten [sic] Szencis and Charles O’Hara. There were songs by the graduates, and an address by Arthur A. Gargan, commander of A. Gordon Webster post, 951 A.L….

The graduates were: …Zolten [sic] Szenics… 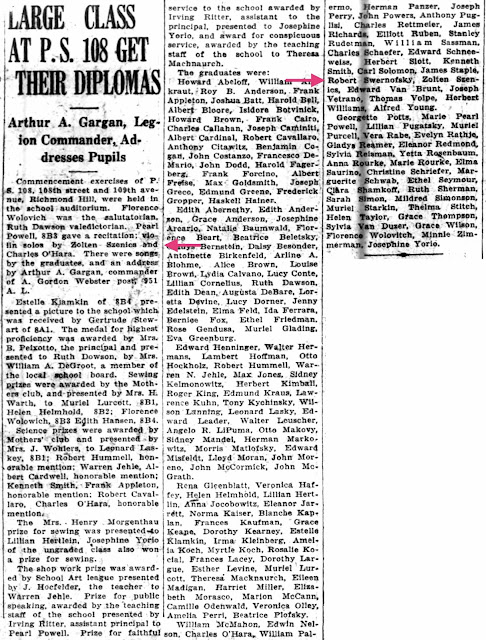 A total of 335 students were presented with diplomas by Dr. William Clarke, principal. The large group offered a startling contrast to observers, who had attended the first commencement in January, 1932, when less than 50 were graduated….

Passenger List
A New York passenger list had, on line three, Therese Woik, who sailed on the Berengaria, on March 26, 1936, from Cherbourg, France. She arrived April 1, 1936, in New York City, then joined her uncle, A. Goldsult [?], at Bay Lawn Avenue, Long Island, New York.

Sergeant Emil Skala of the West Forty-seventh Street station requited the pickets to limit their group to ten or face arrest. They refused and Skala phoned for the patrol wagon. The scuffle began when the wagon arrived. Zolten [sic] Szenics, 25 years old, of 104-15 115th Street, Richmond Hill, Queens, received slight cuts on the forehead.

The pickets were arraigned in the West Side Court before Magistrate Frank Oliver, who postponed the case to next Wednesday. They were paroled in the custody of their lawyer, Martin Popper.

Long Island Daily Press
(Jamaica, New York)
November 19, 1938
Curtains to Adorn Windows of New Love Nest
While her bridal attendants looked on, Elsie Ssenics of Richmond Hill, who will be married Thanksgiving Day to Joseph Sutta of Locust Manor, tried her new kitchen curtains, one of the gifts she received at a shower given in the home of Ann Kemper of 107-07 110th street. Left to right, are Anne Urgo of Richmond Hill, Miss Kemper, Miss Szenics, Theresa Woik of Woodside and Petra Schertler of Manhattan. The bride-to-be is the daughter of Mr. and Mrs. John Szenics of 104-15 115th street. 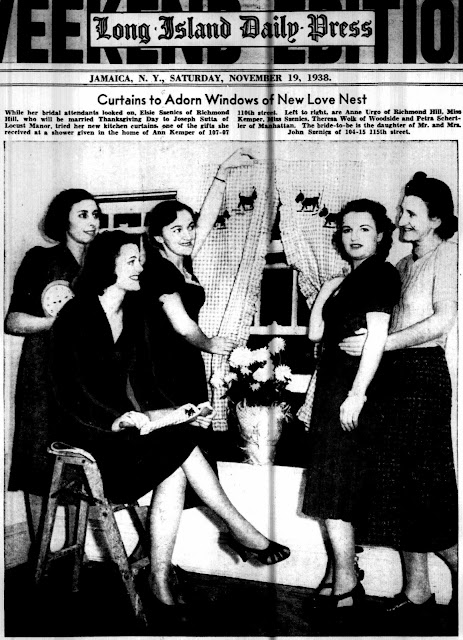 The newlyweds left on a wedding trip after a reception in Manhattan. They will live next door to the Szenics.

The bride designed her own wedding gown and the ensembles of her attendants. Her gown was of white taffeta, fashioned with a tight bodice and full skirt, and her tulle veil was draped, around the face, pointed at the back of the head and fastened to gardenias. Her bouquet was also of gardenias.

Petra Schertler of Manhattan, the maid of honor, wore a frock of old rose triple sheer crepe, also made in the old fashioned mode, with dubonnet accessories, flowers in her hair and a Colonial bouquet. Anne Urgo and Ann Kemper of Richmond Hill and Theresa Woik of Woodside, the bridesmaids, were dressed alike in gowns of changeable blue and flame taffeta, made with hooped ruffled skirts, dubonnet accessories, and plumed caps. They carried Colonial bouquets.

The bride's brother, Zolton [sic], came from his home in Miami, Fla., to be best man. The ushers were Gilbert Reinerstein of South Ozone Park and Theodore Chapota and Joseph Jonas of Manhattan.

The bride, a designer, was graduated from Jamaica High School, Manhattan Industrial High School and the Central School of Costume Design, where she won a number of medals for general scholarship and design. Mr. Sutta was educated in Chicago and in Europe. He is in the restaurant business in Manhattan.

Alter Ego
Volume 3, #12, January 2002
Quality Control
A Conversation with Gill Fox – Artist, Writer, and Editor of Quality Comics Group
Fox: ...Well, I pulled in Tony Di Preta to letter, and Zully Szenics, too. They began to help me. Zully would help check art and proofread scripts, but he mostly lettered. His wife became a letterer, too. They were married because of me. Both were Hungarian. He was living with his mother and father and I’d go up there to visit. Once, we were sitting in his room and I saw a girl passing the doorway. I said, “Who’s that?” Zully said, “That’s a girl who came from Hungary to help my mother.” I asked, “Did you ever look at her? She’s beautiful!” Well, a year later they were married. Her name was Terry, and the four of us used to vacation together.

Zully came back from WWII and went to art school for nine years on the G.I. Bill. I had met him at Fleischer’s in the inking department, and he was funny as hell. He also inked for us, but he couldn’t create. Zully would set an alarm clock and letter a page before that clock went off. It used to break us up! 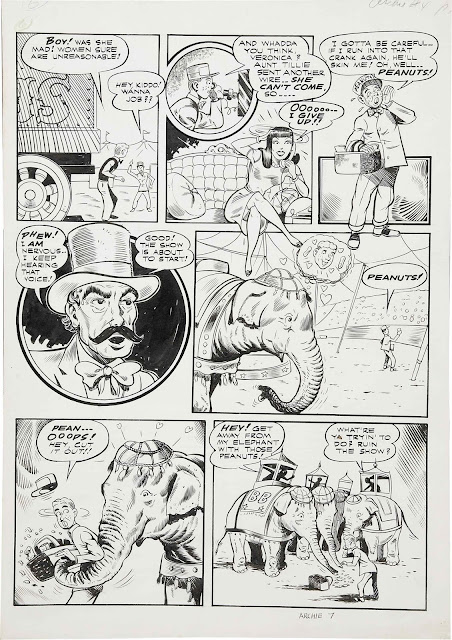 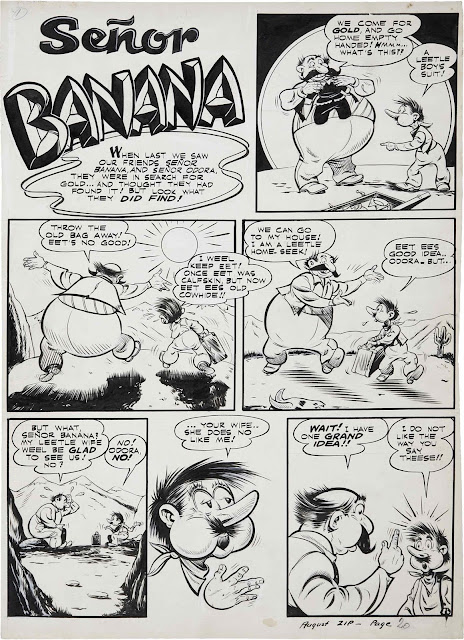 Petition for Naturalization
Theresa Woik Szenics formerly Terezia Woik
237 East 54th Street, Manhattan, New York City
Married May 3, 1942
Naturalized February 10, 1944
Witnessed by Zoltan Michael Szenics and Elsie S. Sutta
Women and the Comics
Trina Robbins, ‎Catherine Yronwode
Eclipse Books, 1985
...Another comic book artist of that period, who only worked on humor features, was Terry Cloik [sic]. Working for the female publisher Rae (also known as Ray) Herman at Orbit Comics, she inked the teen humor series Patches. Shortly after that, she married Zoltan Szenics, a comic book letterer and artist. It would be years before her name appeared again, but in the 1960s, as Terry Szenics, she was lettering comics for Marvel. 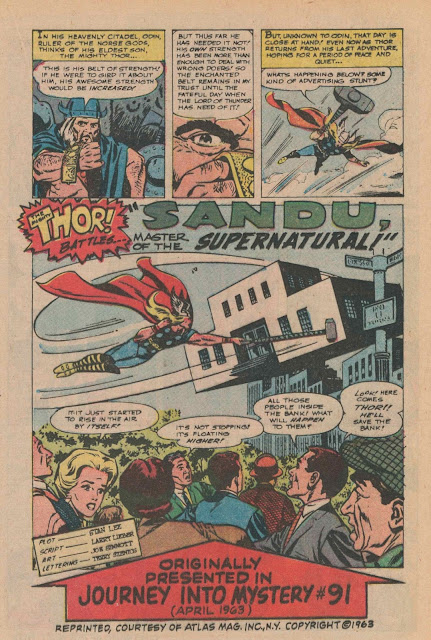 The Tampa Tribune
(Florida)
April 8, 1995
Theresa W. Szenics, 75, of Spring Hill died Thursday [April 6, 1995] at home. A native of Hungary, she came to this area six years ago from Bergen County, N.J. She was a retired commercial artist, a member of the Hungarian Cultural Club of Spring Hill and a Catholic. She is survived by her husband Zoltan; two sons, Zoltan T. of Chili and Jonathan of Flemington, N.J.; brother Julius Woik of Switzerland; and four grandchildren. Turner Funeral Homes, Spring Hill Chapel.

The Tampa Tribune
(Florida)
June 19, 1995
p3: Zoltan M. Szenics, 80, of Spring Hill died Thursday [June 15, 1995] at Bayonet Point Medical Center in Hudson. A native of New York, he moved to this area seven years ago from Bergen County, N.J. He was a retired commercial artist, a member of the Hungarian Cultural Club, a U.S. Army veteran, and attended St. Joan of Arc Catholic Church. He is survived by two sons, Zoltan T. of Chile and Jonathan of Flemington, N.J.; a sister, Elizabeth Sutta; and four grandchildren. Turner Funeral Homes, Spring Hill chapel.

(Next post on Monday: George Klein, Artist)
Posted by Alex Jay at 8:00 AM