In the 1910 U.S. Federal Census, Joseph resided in Manhattan at 58 East 98th Street. The head of the household was his brother-in-law, Aaron Siegel, who was married to Yetta, and had three children. Joseph was a freelance musician and Russian emigrant who came to American in 1904. Rose was a native New Yorker who lived with her parents, and was the fourth of five siblings. Rose was a bookkeeper at a printing company. The family lived at 19 East 108 Street.

Joseph signed his World War I draft card on June 5, 1917. His address was 25 West 110th Street in Manhattan. Joseph was a musician at the Rialto Theater, at 42nd Street and 7th Avenue. 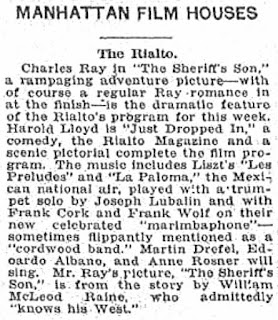 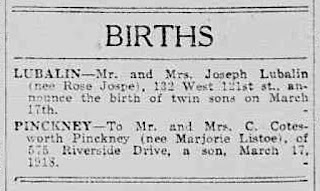 The 1920 census recorded the Lubalin family in the Bronx at 1135 Forest Avenue. Also in the household was Rose’s older sister, Emilie Jospe.

The Lubalins and Emilie were counted at 307 [Beach] 47th Street in Arverne, Queens County, New York in the 1930 census.

…His early interest in art was encouraged, although he was colorblind, as was his twin. Figures he drew with crayon had startling purple hair.

…Herbert was a good art student in high school, despite his inability to draw recognizable images. His teacher encouraged his feelings for design and lettering, knowing one can develop as an artist without relying on drawing accurately.

Further schooling in art was accidental. To have an art career wasn’t in Herb’s original plan, although, typically, he expressed no thought for a future….But Herb’s high school academic standing was so low he wasn’t accepted by the tuition-free College of the City of New York, where his twin was enrolled.


What happens when a poor kid with bad grades can’t afford to go to a regular college? He applies to a free art school.

In 1935, Herb passed the entrance exam (“mostly in the form of an intelligence test“) to the prestigious Cooper Union. “I was 64th out of 64 applicants.”

The turning point was a class in calligraphy. The angle of the flat pen point used in calligraphy prescribes that the art be done with the right hand. Herb drew with his left hand. The instructor told Herb he’d have to learn to use his right hand on the assignment.

“I didn’t tell her I wrote with my right hand. Since calligraphy really is handwriting, it was easy for me. I got the highest mark in the class, not because I was the best, but because the teacher felt I’d overcome a great handicap.

“I guess this gave me confidence, because from that time on, I did very well.”


Miss Isabel Bisgyer of Ocean Crest Boulevard will celebrate her birthday on Sunday. Tomorrow friends will take her to see “Hamlet,” and later will treat her to dinner In the Hotel Pennsylvania. In the party are Miss Rues Diamond, Morton Friedlieb, Eugene Hammer, Herbert Lubalin and others. 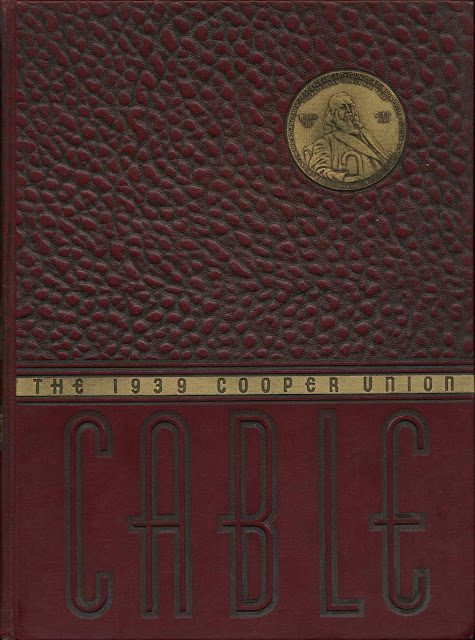 Sylvia Kushner, of the surprised look and unique coiffeur, is a shining example of industriousness and a gal with with a delightful sense of humor. A four year honor student, her real forte is dress designing and draping, in which her originality and creativeness have been successful in acquiring satisfied customers. Besides her work, Sylvia has had one other factor on her mind these past four years…but why tell tales outside of class?

Herbert Lubalin is another shining light of the class of ’39. His wit and “creativeness” are, unfortunately, often censored. Baseball, ping pong, basketball, and penny-ante have been Herb’s extra-curricular activities at Cooper, not to mention his greatest talent, “tall stories.” In 1937 Herb received the medal given for general excellence in all subjects and hasn’t let up the least bit in upholding this distinction. Last summer Herbie ran a day camp for children in his native Far Rockaway. He has an especial affinity for kids, kittens, ketchup, other such sentimentalizes beginning with “K.”

Louis Dorfsman left Day School in the middle of his third year to go to work in the commercial art field. Starting at the Trans-Lux Theatres, he is now designing exhibition booths and window displays for the Display Guild. A tall guy with one of those grins that the gals eat up (a brunette anyway?). “Shlep,” as he is quaintly called by his chums, is an ace drummer and managed to keep busy between club dates and just dates. 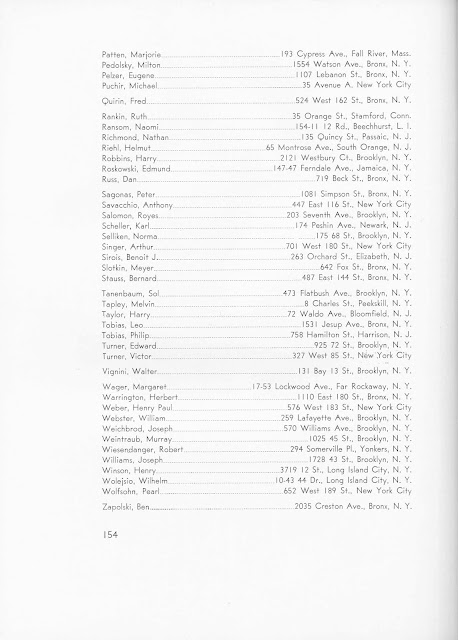 Lubalin’s father passed away July 1939 and was laid to rest at Montefiore Cemetery.

Advertising Age, June 1, 1981, said, “Mr. Lubalin’s first graphic design job following college was with the New York World’s Fair at $8 per week. Upon requesting a pay hike of of $2, he was fired. He free lanced for a year and then worked for a number of small advertising agencies and Fairchild Publications.”

According to the 1940 census, Lubalin, his mother and brother were residents of Woodmere in Hempstead Township, Nassau County, New York. The trio lived on Woodmere Boulevard in Apartment 5J. Lubalin was a self-employed commercial artist.


…He had entered Cooper Union unaware of two impending romances that would change his life. One lasted three decades, the other, until his death.

The first big excitement was to meet a classmate, the petite and beautiful Sylvia Kushner. Four years later, the two artists were married, after they had been graduated, Herbert with the Student’s Medal for General Excellence….

…Herb and Sylvia had three sons and 32 years together….


…In 1945, Lubalin became art director at Sudler & Hennessey, a studio specializing in pharmaceutical ads and promotions. He worked with a bullpen of 20 illustrators, photographers, comp people, letterers and retouchers who followed through from Lubalin tissues—tissues on which the Lubalin legend began….


(Next post on Monday: Speedball Pen Advertisements)
Posted by Alex Jay at 8:00 AM