Anatomy of a Logo: The Mighty Thor, Part 2

At the Upstart Associates loft, Walt showed his Thor concept sketches. His reference was the Book of Kells and runic letterforms. And he provided a photocopy of the original Thor logo (the last of the 1960s Marvel superhero logos to change) as well as a photocopy of his cover mock-up of Beta-Ray Bill smashing the old logo. Lastly, he said the logo was due in mid-June. 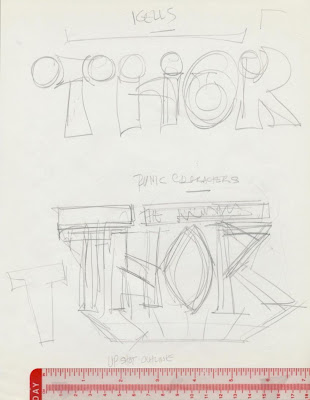 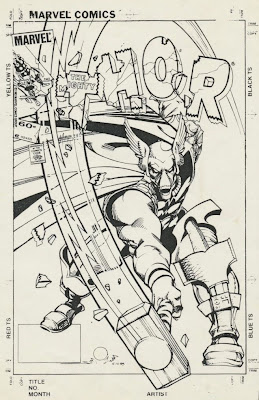 After lunch, I return to my studio and made a few quick pencil sketches. On the tracing paper sheet, the "T", in the sketch, below, was shaped to resemble the hammer's head. 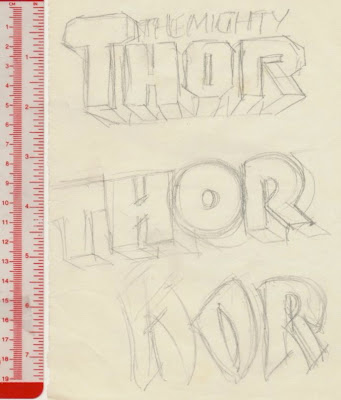 Below, I made a tight tracing of my first sketch. Most of "The Mighty" uncial letterforms would find their way in the logo. 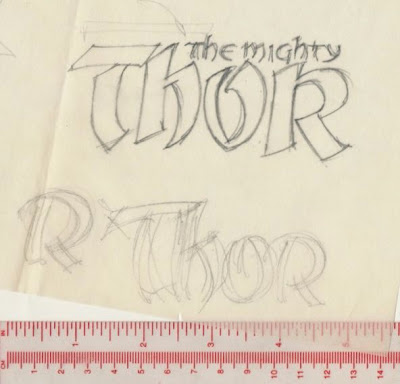 On the backs of three eight-and-a-half by eleven-inch sheets, from a discarded manuscript, I penciled a few more designs. The runic characters played a prominent part in the words "The Mighty". Walt's slanted crossbar in the "H" was a distinctive element I wanted to use. Pressed by other assignments, I filed the sketches away. 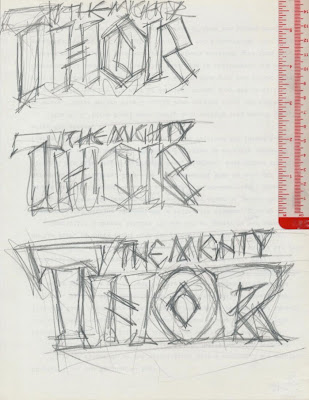 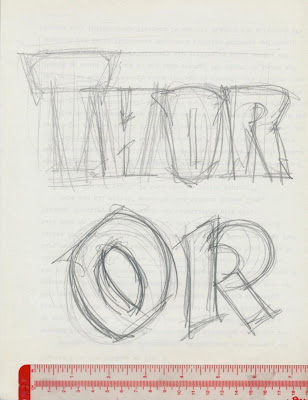 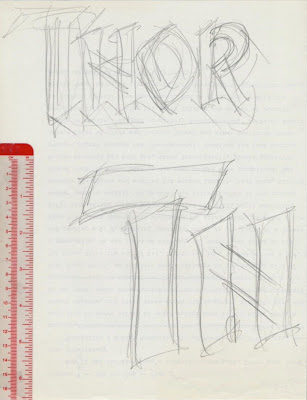